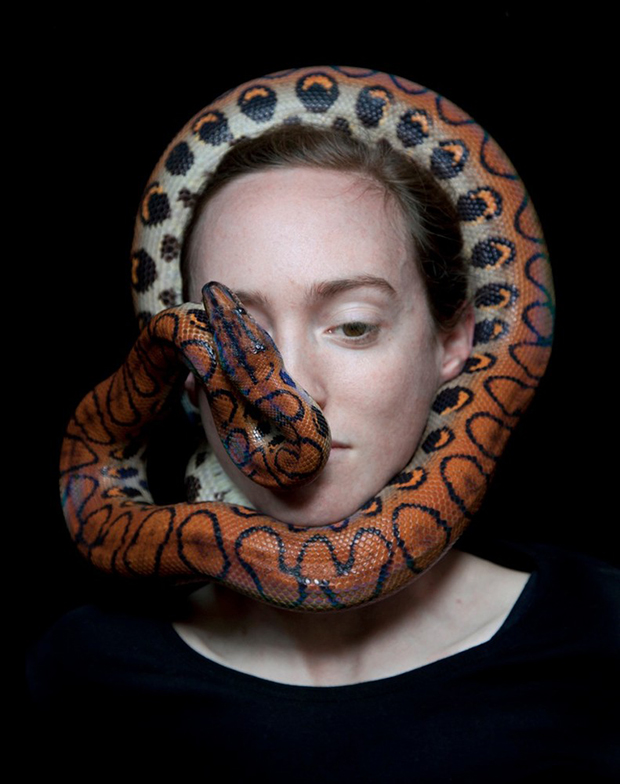 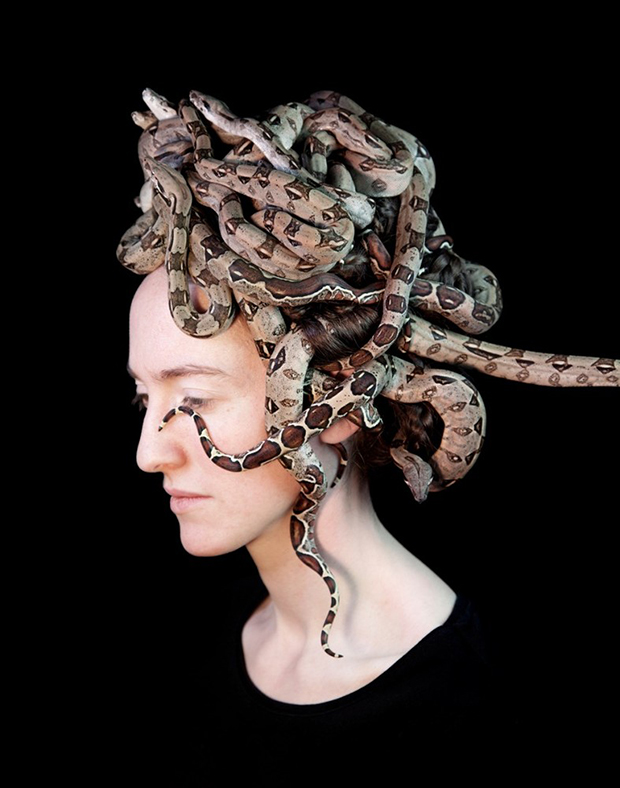 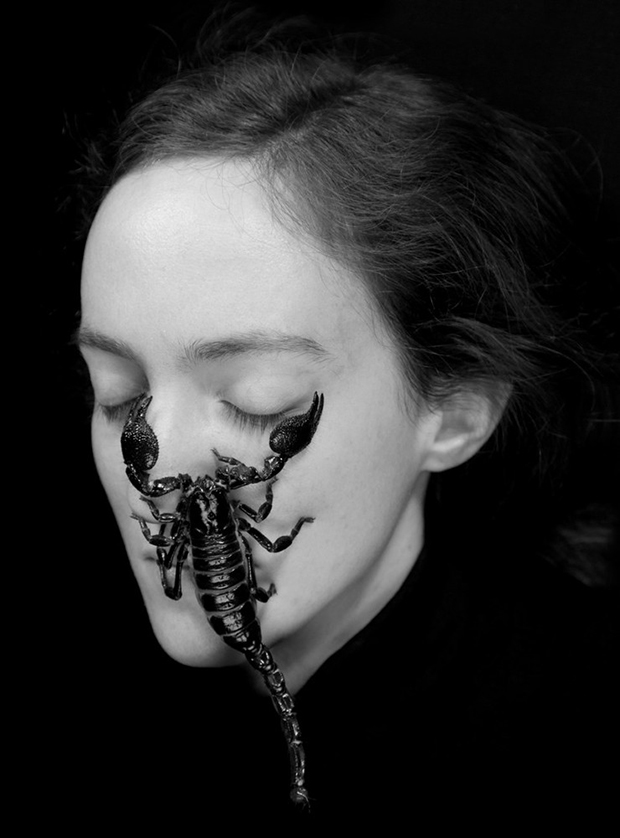 For Penumbrae, Dutch photographer Juul Kraijer collaborates with her longtime muse, a young French woman who chooses to remain unnamed, to build human-animal hybrids that incorporate a bestiary of terrestrial and avian creatures.

Kraijer prefers to remain quiet about the implications of Penumbrae, whose name refers to the astronomical term for the region between light and shadow, opting instead to let the portraits settle into the murky nether-region that divides clearly-defined meanings. For the artist, the snakes, barn owls, and insects that nestle into the curves of her model’s body might recall allegorical figures, but they are not confined to the role of emblem or decoration; they are living, moving bodies that interact with and leave impressions upon the human form.

The photographer’s critters are sometimes drawn from her surroundings; in the case of the ladybugs, for instance, she discovered hundreds of them hibernating in dense packs along her home. When they were placed on Kraijer’s model, they awoke and ascended in flight. At times, Kraijer has entered a shoot with a concept, only to have it disrupted and improved upon by the natural instincts of her non-human subjects.

Some of the larger creatures are brought by a trusted and experienced animal trainer; they are all tame and accustomed to new situations and strange people. Still, the artist stresses that her human subject has been brave to endure and to relish some of the experiences they’ve had together.

The 28-year-old model, who also lives in the Netherlands, is tasked with remaining perfectly still and isolated as the creates navigate her contours. Since one cannot expect the animals to hold still or assume a particular position, the model becomes the surface on which they play. As the artist describes it, she must slip into a kind of meditative state. Kraijer erases all signifiers of both time and place, forcing her narratives to both apply to everything and to be fixed in nothing, suspended in camera as fossils are in stone. 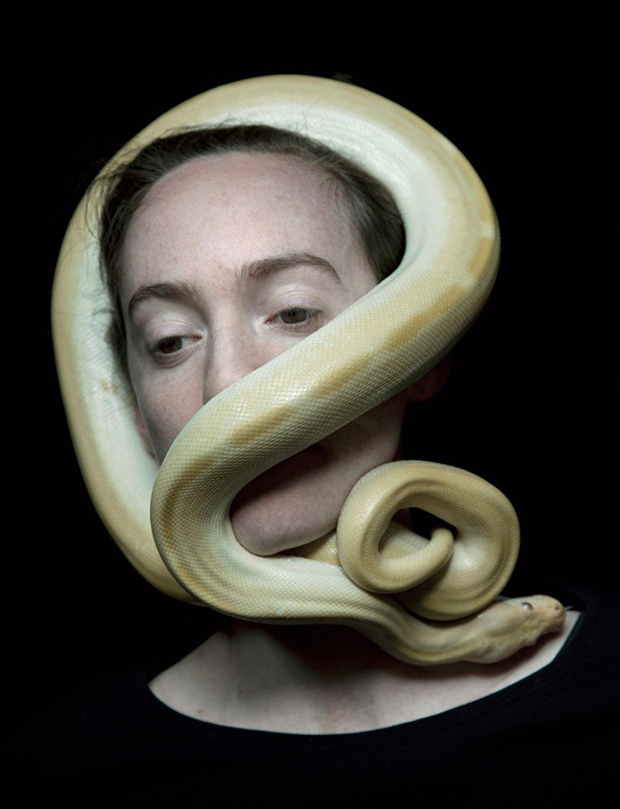 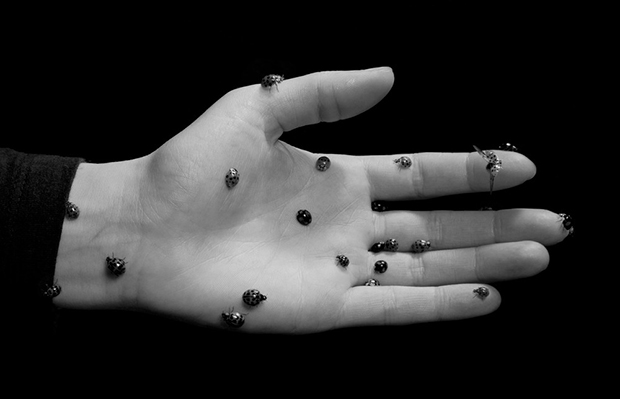 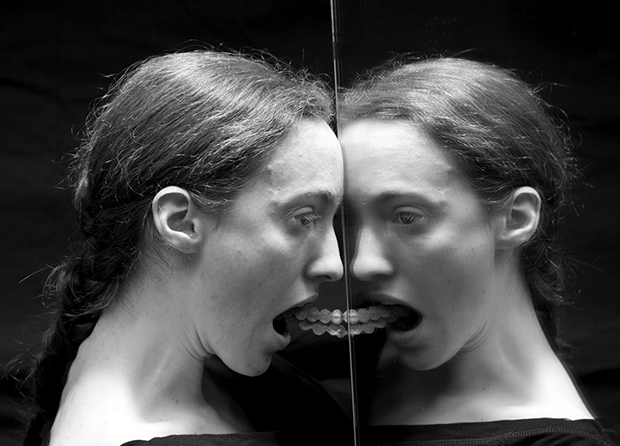 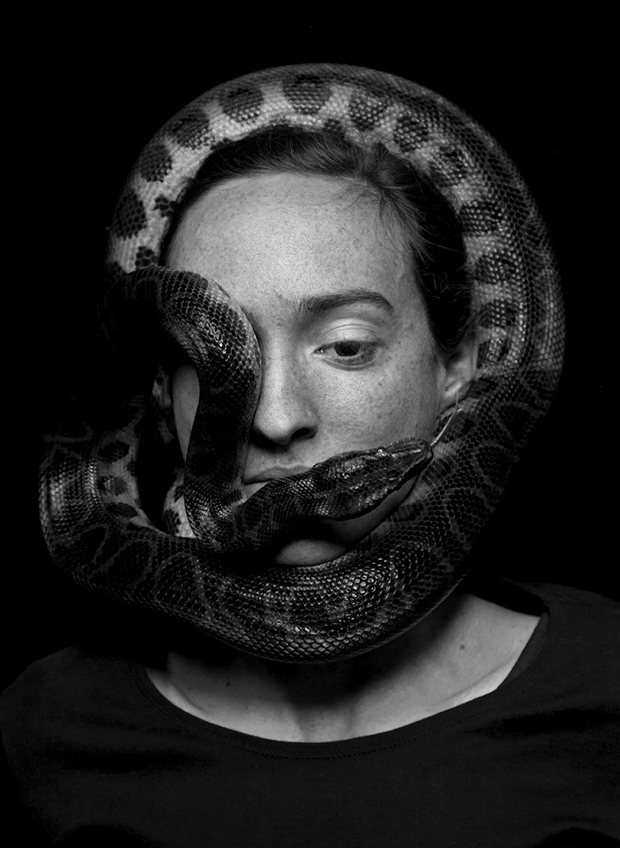 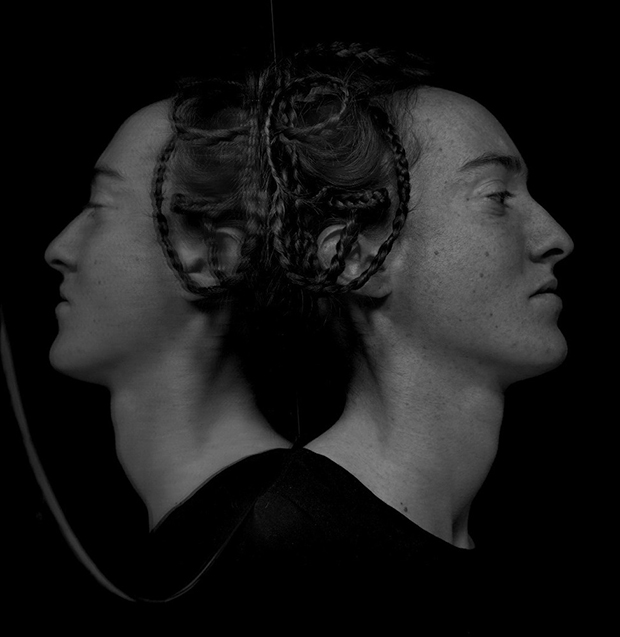 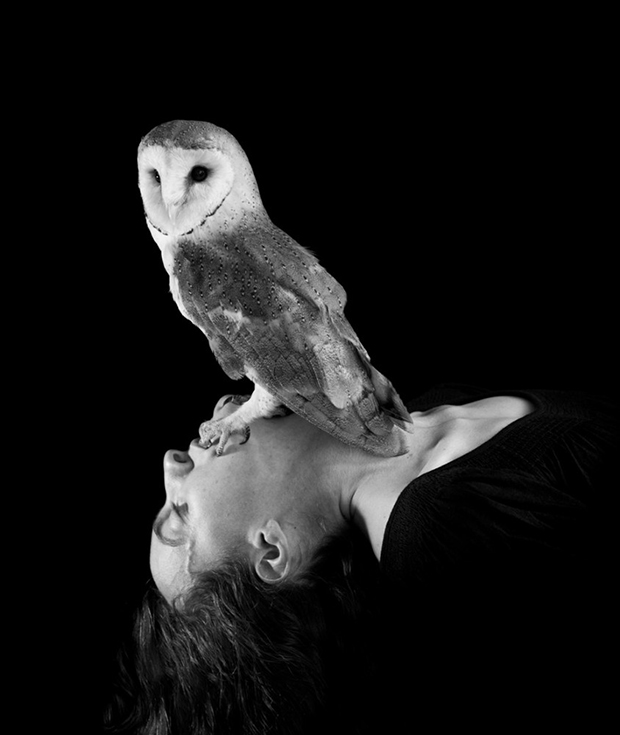 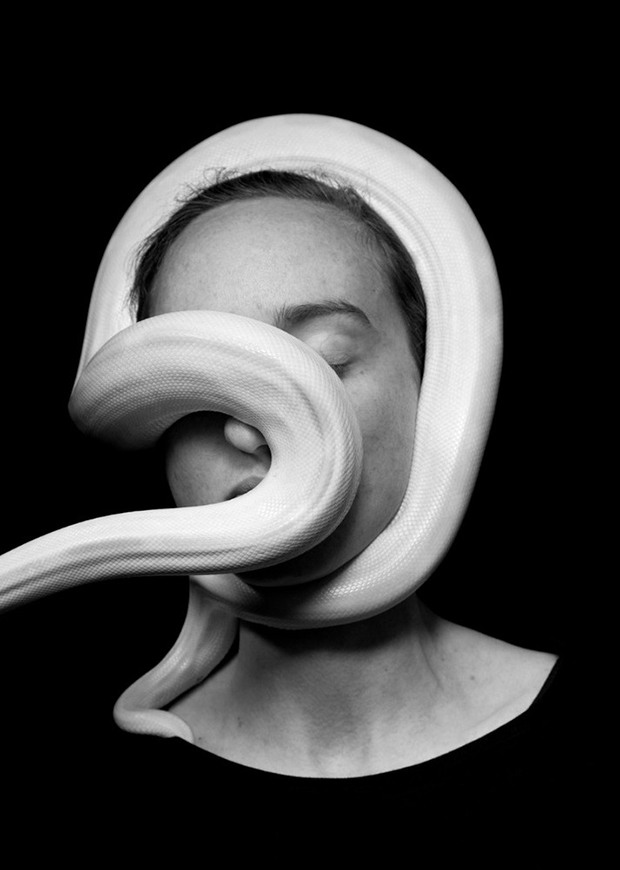 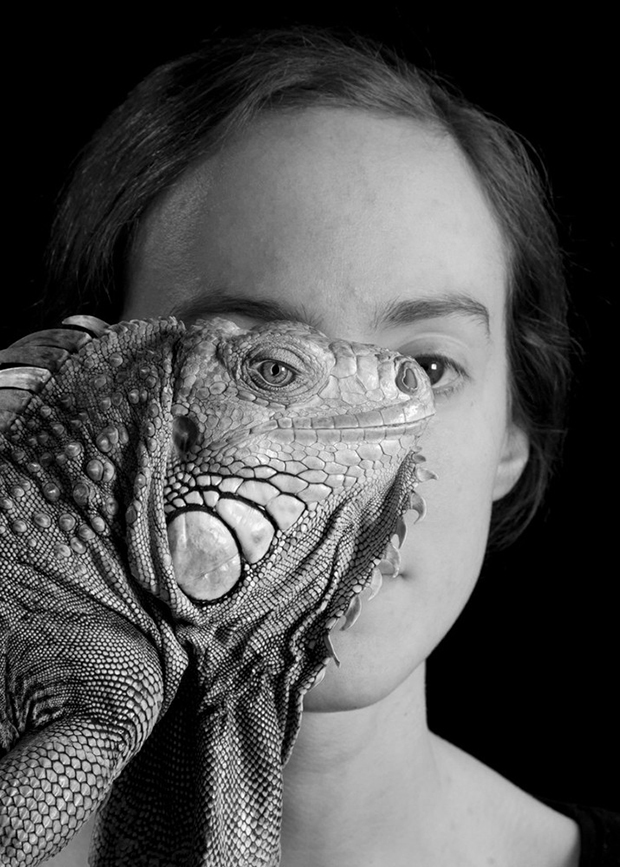 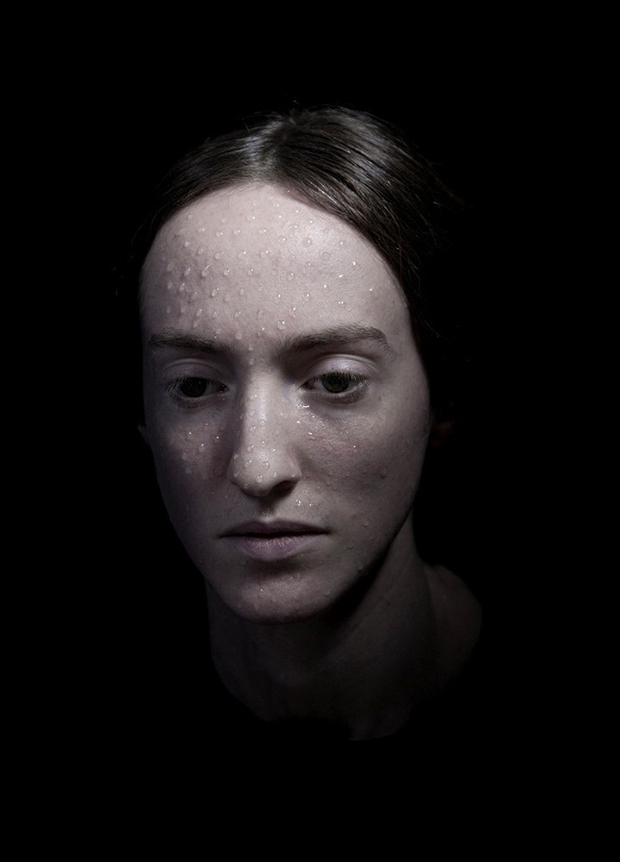 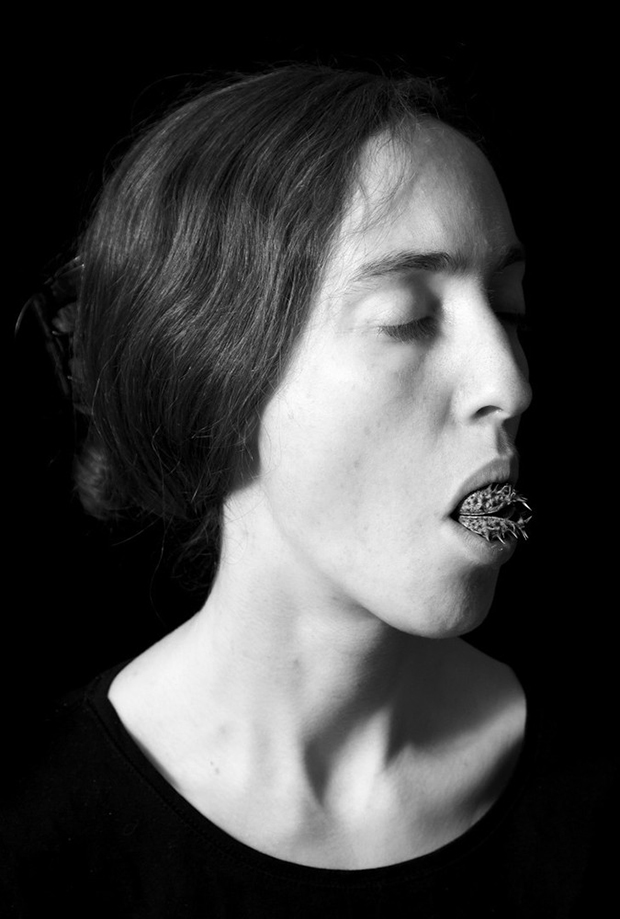 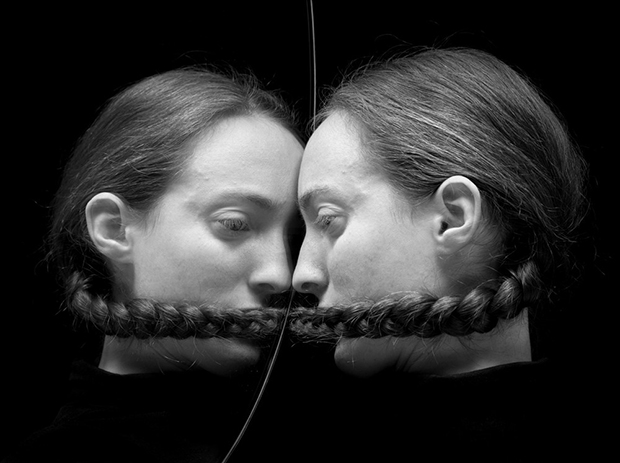