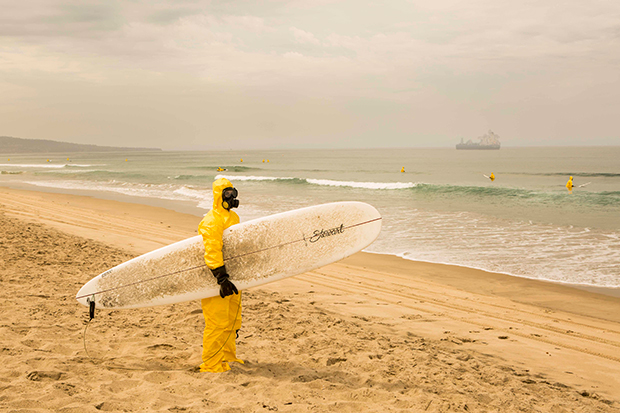 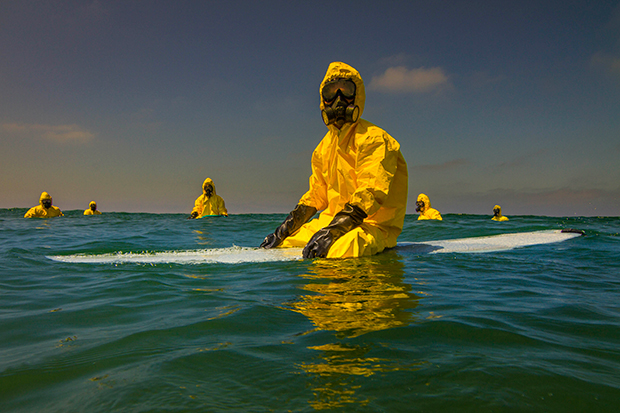 When Washington-based photographer Michael Dyrland visited Los Angeles for a shoot, he anticipated surfing the open sea and riding the waves beneath the sunny sky. What he found, he admits, was not what he had hoped; after an evening of heavy rains, he was confined to the shore for days, the ocean contaminated with ten billion gallons of runoff composed of— as the photographer puts it— “sewage, garbage, oil, and shit (literally, human fecal matter).” Had he paddled into the water, Dyrland would have been vulnerable to staph infections, respiratory illness, MRSA, and Hepatitis C.

That fateful autumn trip laid the seeds for what would become HAZMAT Surfing, a series by which the photographer imagines what life might be like twenty or twenty-five years into the future, when our waters become so poisoned that we might only enter them in full biohazard gear. The more he dug into the issue of polluted seas, the more alarmed Dyrland became. He mentions the the Great Pacific garbage patch, a literal island of waste that stretches across the ocean.

Teaming up with the Surfrider Foundation, a non-profit devoted to protecting our beaches and oceans, Dyrland chose Venice Beach as the ideal location for the shoot, though he notes that the project is relevant worldwide. He selected Venice Beach in part because of its popularity and loyal following of surfers, working remotely through friends, contacts, and Google Maps to scout the perfect spot near the pier. Access was difficult, and he needed not only the permission of the authorities but also the participation of lifeguards to arrange the shoot. At this stage in HAZMAT Surfing, the photographer is hoping to expand the project to beloved beaches across the globe; “There are many spots in the ocean that are worse off than Los Angeles,” he reminds us.

Throughout his life, Dyrland has appreciated our relationship with the sea; he likes seafood and swimming. Now, he says, the already tenuous bond between mankind and the water is on the verge of being irrevocably shattered. He finds himself returning again and again to the animal and plant life that call oceans home, and to the people who are ingesting contaminated catch. “The truth is, it’s only getting worse,” warns the photographer. Swift action is imperative.

If we don’t stop now, suggests the photographer, water temperates will escalate and people will continue to be infected by preventable disease. So far, he’s funded the project on his own, and it’s a passion for conservation that drives him forward; “We just need to address the current issues and work together toward improving ocean pollution,” concludes Dyrland. 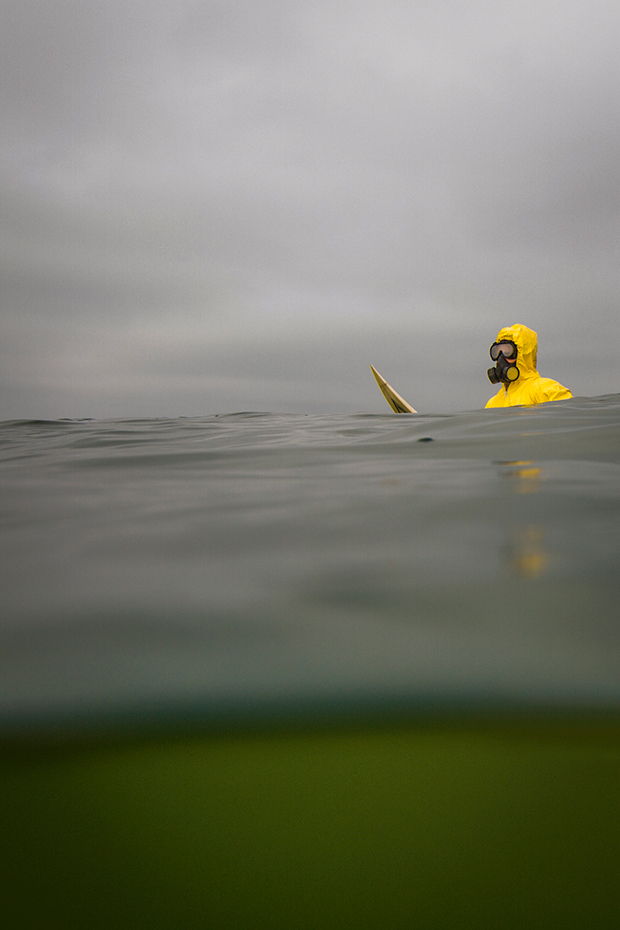 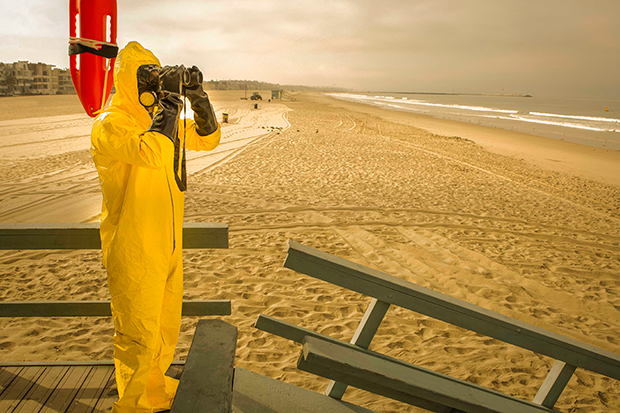 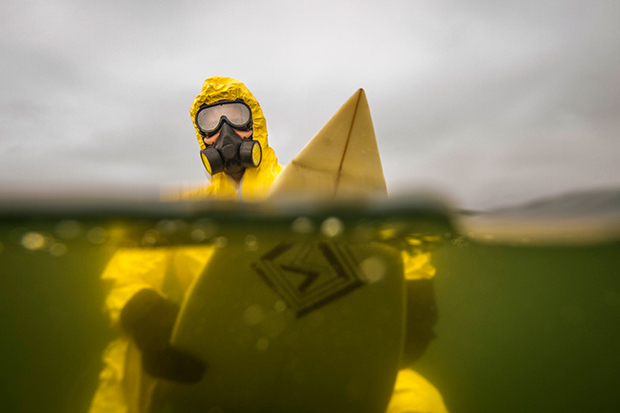