Baltimore Photojournalist J.M. Giordano on the Most Important Photo He’s Ever Taken 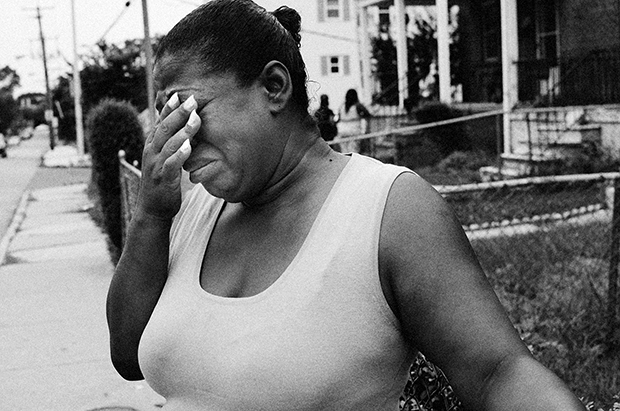 J.M. Giordano: The summer of 2013, I gave up fashion and advertising to commit fully to Photojournalism. I started a series about the homicide rate in B’more called Summer of The Gun. During the course of the three month project on Baltimore streets, I met a woman whose nephew, Davon “Lil’ Daddy” Ockimey, was gunned down near his home in the Park Heights neighborhood on the city’s Westside. As she was talking to me, she burst out in tears but didn’t stop me from taking photos. At one point she sobbed, “When will it end” and I snapped the photo. I’ve hundreds of photos since then, but the shot of her expression of sheer exhaustion at the death of her nephew and the shootings throughout the city as a whole summed up the whole project. It’s very difficult to sum up a series with one photo. It made the cover of the City Paper that year and was nominated for several awards, was featured on Al-Jazeera America, and landed me a staff position with the paper where the series ran. I keep a copy of the cover pinned to my wall at my desk to remind me the importance of photojournalism.