We Asked 19 Photographers: Would You Ever Pay Someone In Order to Take Their Portrait? 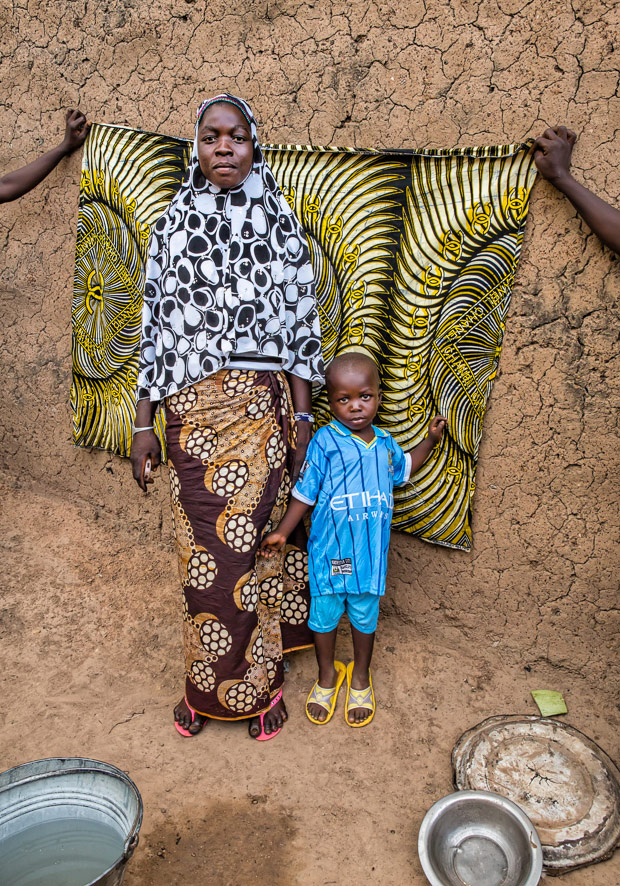 David Pace: I would not pay anyone to take their portrait. That would make it an impersonal business transaction. I believe in establishing a relationship with the people I photograph, and I feel strongly that it should be reciprocal. I give a print to every person who enters into that photographic relationship with me. Since I photograph in West Africa, that usually means locating my subjects as much as year later on my next trip. I always find them. This has the added benefit of strengthening our relationship. On my last trip, in January 2015, I distributed more than 900 prints.

Ian Willms: In my heart, paying someone in order to photograph them feels like paying someone for sex. I can’t say I’d never do it, but I haven’t yet.

Cristina de Middel: Yes, I normally pay people to take their portrait since most of my work is sold in galleries now. I believe sharing a part of the potential profit is the right thing to do. I even have projects where paying my models is an important part of the whole idea, like when I pay prostitutes’ clients to take their picture. I become their client just like when they go with prostitutes, and it would not work if they were doing it for free.

Erika Larsen: I have never paid anyone with money to take their portrait, but I do believe that I am constantly in some sort of exchange for the experience of taking the portrait. It could be as basic as sending a print or something more elaborate. A few of the things I have done for examples have been: washed dishes and clothes, cooked meals, contributed to the food, helped with children, skinned animals, carried extra loads, help make repairs on things, given rides, built fires, hosted people in my home for many months and many times just the act of listening. All of these things have existed as part of my storytelling/portrait taking process.

Ayesha Malik: No. I am not interested in receiving a service from someone. The phrase itself “take their portrait” indicates something is taken from someone: time, a part of their being, who knows. The term “portrait” entails capturing something about the individual. It can simply be a document of how someone physically looks. Going beyond that and seeking something more is when I really start caring, and I’d like to think that is when the subject starts caring. We both feel something. Some kind of exchange is occurring. I can’t really do that if it the motivation is financial.

Yana Paskova: Absolutely never. Appreciation for the time and access a subject grants a journalist should never allow for monetary exchange, in either direction. Payment creates an expectation of – or actual control over – what should always be an objective portrayal of people and events.

Erin Trieb: Sure, if the occasion calls for it. Obviously, if it’s not photojournalism and I’m doing a personal project of some sort then I don’t see an ethical dilemma, and it’s nice to give something back to your subjects. I’ve photographed a lot of portraiture, often in uncomfortable environments – pools with cold water, on top of windy buildings, etc, and the subjects modeled for me as a favor, so in return I usually take them to dinner after to say “thank you” or buy them a bottle of wine.

Jonathan May: The thought has honestly never crossed my mind, but you have certainly placed a seed in my mind. I usually will try and show the person my work and my vision for the shoot and sell it that way. However, there has been a couple of times where someone famous has said no for whatever reason, and I was pretty disappointed… but I am just not sure how credible you would seem if you offered to pay them to take their photograph. I guess at the end of the day, it comes down to what you will get out of the session, if it is an opportunity to meet and photograph the Dalai Lama I would certainly offer, but I know he isn’t the type of person to accept it, especially if I was offering Australian dollars.

Renée C. Byer: No, I adhere to a code of ethics in journalism and never pay my subjects. I firmly believe in gaining the trust of my subjects to tell their stories, and I strive to publish images of people without getting their permission. I use the standard set forth by the National Press Photographer’s Association, of which I am a member.

J.M. Giordano: No. Always make them think you’re good enough that they have to pay you for your time.

Peter Dench: It’s never even crossed my mind to do that! What an interesting question! Giving it some thought, I can’t think of any situation or individual where I would, unless perhaps it would save a life (mine or someone else’s).

Laura Pannack: I would love to say no, but I’m actually beginning to realise that working with subjects will always differ in different circumstances. Sometimes whether a subject is paid for a shoot is not your choice. Ultimately it comes down to what you feel is ethical, respectful and fair.

I would like my subjects to be excited and motivated by the idea of collaborating creatively and I always offer them the images when I can. However there are some circumstances (usually commercial) when people can be financially rewarded for being photographed. I think this is great,as long as this is just an additional bonus to the experience. People completely deserve to be paid for their time but unfortunately this can sometimes alter the dynamic of a shoot. I would also hate to insult anyone or lower the tone of the photoshoot to a simple exchange of services.

If and when I can on a commission I will offer my subjects payment as a way of thanking them. For example, for a current assignment, I have been offered a small budget for my expenses. I’m working with young people, so I’ve told them that I’ll be paying them as to be honest; I imagine the money will be an exciting incentive – however, it was really important to me that they had already agreed to be involved before I offered this. I would hate for the only reason would let me take their photograph to be because I was paying them.

Molly Landreth: So far, I’ve never paid anyone to sit for a portrait with anything other than a print. However, I think it would depend on the context in which the photo was being taken. Whenever I photograph people, I always make sure that there is a really mutual desire to creating something, so I would never want to coerce someone into being photographed against their will. But, if the situation arose where that seemed like the right thing to do, I wouldn’t hesitate to compensate people for their time or effort to be there.

Benjamin Lowy: Sure why not? Not in the context of Photojournalism, but If I needed to shoot someone for a portrait idea or a portfolio, I would hire a model.

Nancy Borowick: No, I wouldn’t. My role as a photojournalist and story teller is to be objective about what I am seeing and photographing, and paying someone would change that dynamic and is just against my personal ethics and practices. I do sometimes feel like I’m taking from someone when I photograph them, but I hope that my images give back to them, by shining a light on a circumstance that will in turn bring positive change to their situation. There have been times when I’ve returned to someone I have photographed with a copy of the photograph for them. Many people don’t have photographs, or records, of themselves on this planet, so it’s nice to be able to share with them in that way.

Ron Haviv: In the realm of photojournalism, it is unethical to pay someone to take their photograph. Our contract with our viewers is that what you are seeing is an as unfiltered as possible a view of a person or a situation. The concept of paying someone breaks that contract.

Bieke Depoorter: Never did. I’d rather decide not to take a picture. I would feel very uncomfortable. I want people to agree for the right reasons.

Martin Usborne: Yes I would. If they’d be happy to have the money, and the image wouldn’t compromise them, and I’d like to have the portrait, then why not?

Preston Gannaway: I never have and can’t imagine ever doing it. The majority of the work I do is journalistic, nothing is set up or staged. This requires an agreement of participation which the exchange of money would compromise. I think the dynamics shift toward modeling and acting when people are paid. As a documentary photographer, it’s too important to me to preserve authenticity whenever possible; there’s a code of ethics I subscribe to as a photojournalist. That said, I think paying people can lead to really compelling and important work if it’s transparently incorporated into the piece – like Philip-Lorca Dicorcia’s Hustlers.