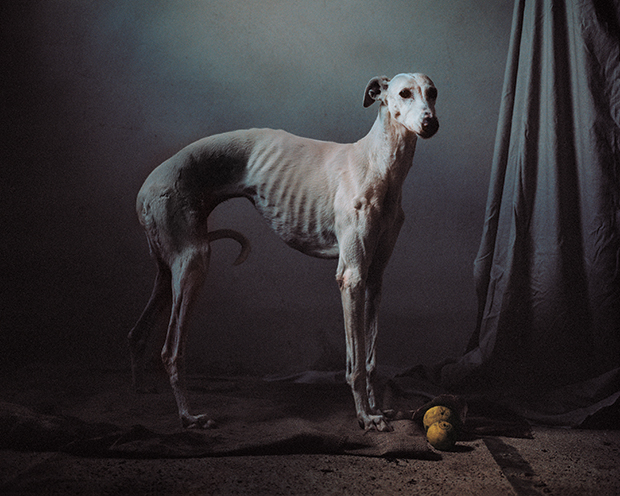 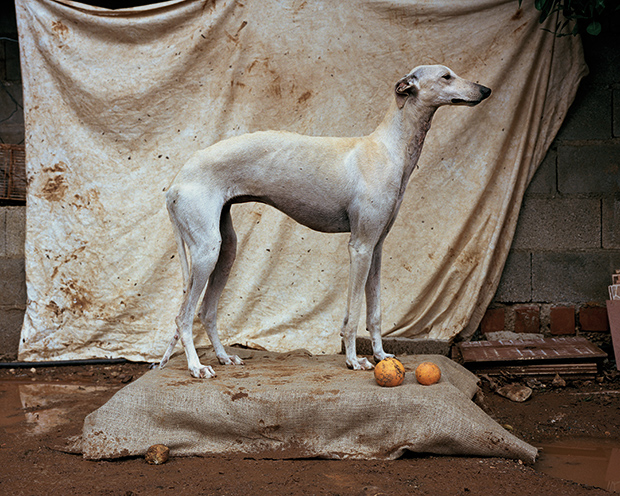 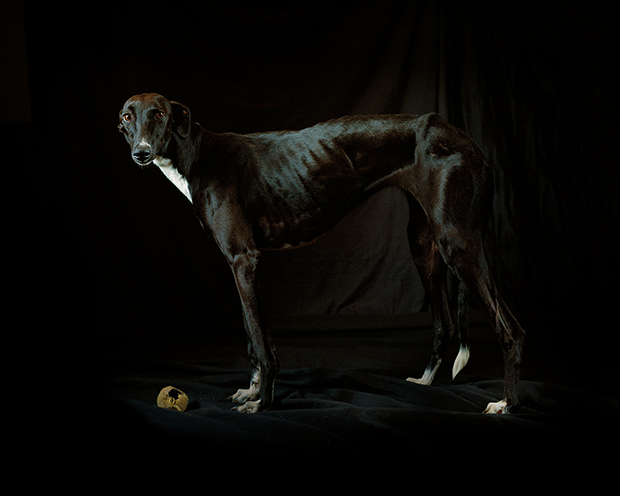 For Where Hunting Dogs Rest, London-based photographer Martin Usborne tells the story of the Spanish greyhound, an ancient sighthound breed once revered and cherished by the Spanish nobility. As the winter months begin to settle and hare hunting season draws to a close, countless hunting dogs are abused and forsaken along roadsides, in car parks, and on the peripheries of town. Many do not survive, but the photographer encountered a lucky few, spent time with them, and captured their portraits, which he paired with somber landscapes taken at the location at which they were abandoned.

Usborne discovered the tragedy of the Spanish hunting dog while embarking on his project A Year to Help, for which he devoted three hundred and sixty-five days to saving and alleviating the suffering of animals great and small, beginning with earthworms in his back garden. A Year to Help was born of Usborne’s impulse to reconnect with the compassion he had felt for animals in his youth; as a youngster, he remembers watching a television program in which a whale was slaughtered, the effects of which lingered with his childhood self for days. He rediscovered the same unforgettable pangs upon stumbling across an image in which a Spanish galgo dog lay limp and hanged from a tree, left there by his former master. From that instant, he knew that the dogs would be his next subject.

Since the dogs are left behind in such remote regions, Usborne reports that it’s impossible to calculate their numbers; some estimates are around 20,000, where others reach to 200,000. The greyhound owners keep their dogs mostly for their performance in the annual hunt; they will purchase about ten animals and discard the ones who lag behind or have become too old for the chase. Some are hanged from treetops; others are dropped down wells and left to plummet to their deaths. A portion of the dogs have sticks placed between their jaws, disabling them from drinking the water they need to survive. Their fates are random; many will die, and some will be claimed by government rescues, where they are euthanized after a designated period of time.

Some dogs, like those photographed by Urborne at Carlota Galgos and Fundacion Benjamin Mehnert, wind up in rescues staffed by volunteers who work hard to find them a forever home. Sadly, even in the best case scenario, there are no guarantees, as a shelter might find themselves with up to ninety homeless animals arriving per day. He describes the creatures as timid but unfailingly gentle; despite the ways in which they had been betrayed by those who once cared for them, their dispositions remained sweet and mild. Most were quite afraid and fragile, and their anxiety was written across their bodies, from their noses to their tails, which they tucked gingerly between their haunches.

Usborne chose to frame the galgo in the manner of portraitist Diego Velázquez, who painted at a time when the dogs were dearly treasured. In joining their solemn portraits with the site at which they had borne their most difficult days, he condenses the tale of the Spanish greyhound into two frames, harkening back to an era in which they were honored as man’s best friend and acknowledging the fact that they are no longer. We ache for what might have been, for the fact that if they had been born a few centuries before, life might have been a little bit easier. Bound together wordlessly by the glimmering yoke of empathy, man and dog look to the past, mourn the present, and cry out softy for a kinder future.

Please consider following Usborne’s lead and taking a moment to help. Awareness surrounding the issue is critical, and the photographer encourages readers to spread the word. Dogs can be adopted from Carlota Galgos and Fundacion Benjamin Mehnert, and donations are very much needed. Every bit counts. Where Hunting Dogs Rest is published by Kehrer and is available for pre-order. The work will be on view at Paris’s Galerie Photo12 staring June 11th. 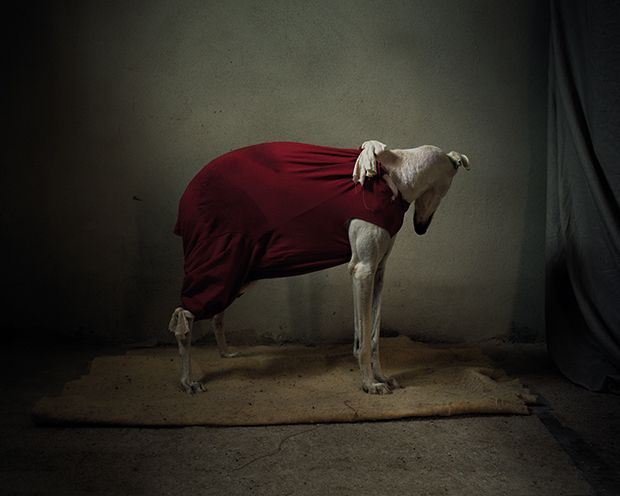 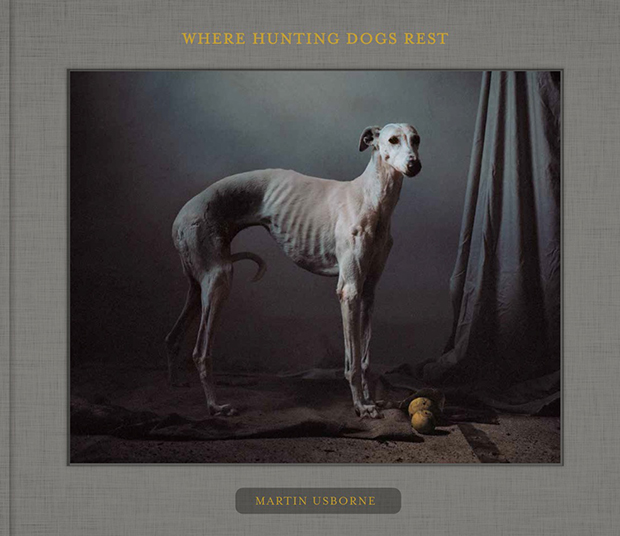