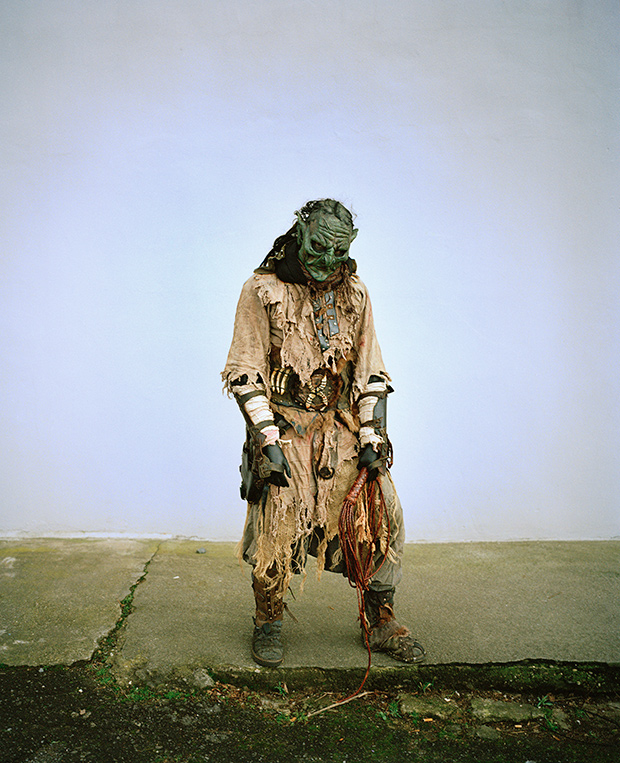 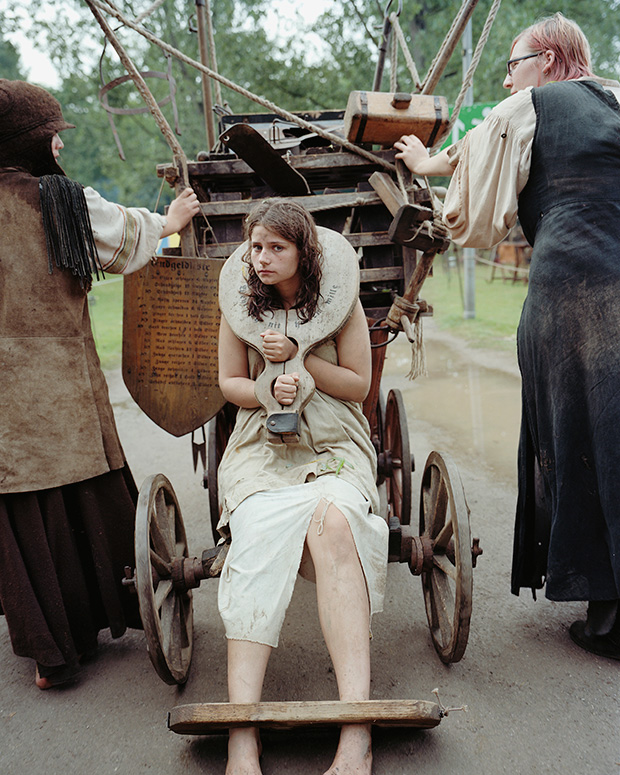 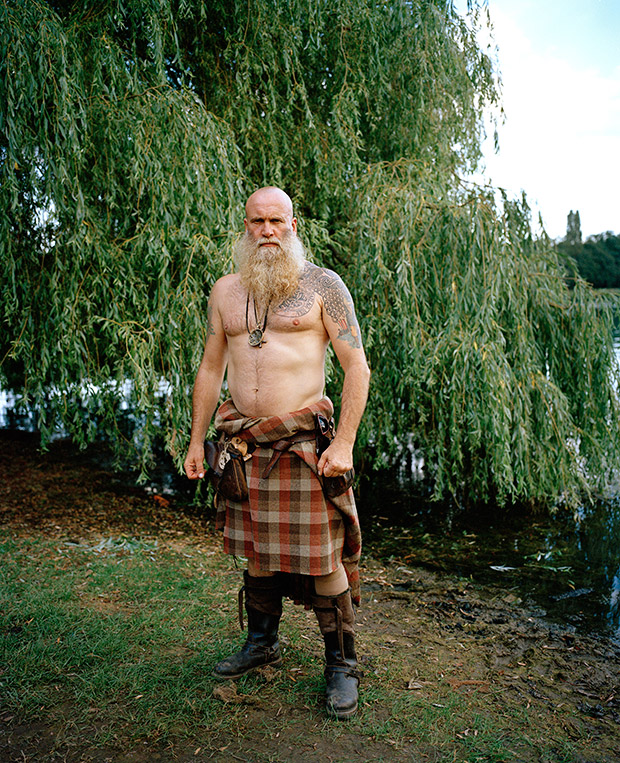 Live Action Role-Play, suggests German photographer Felix von der Osten, is a kind of theater wherein there are no distinctions between actors and audience members. For Alter Ego, he tells the story of this unusual game that allows players to travel backwards and forwards in time, transforming into gallant Medieval knights, unyielding monarchs, and survivors of a faraway apocalypse.

Although von der Osten was familiar with tabletop role-play games from his own childhood, he had never witnessed on the scale of what he saw when he attended Cologne’s Spectaculum, an event that draws a crowd of LARP enthusiasts who dress the part of various medieval characters, ranging from kings to forgotten soldiers. The event left such an impression on the artist that he spent the next two years traveling to similar gatherings, festivals, and conventions, where he met a wide network of enthusiastic sitters who allowed him into their exclusive world.

While some of the portraits were made in his subjects’ home, the photographer admits that shooting at the festivals themselves could be challenging, since players remain devotedly in character. If he was visiting a Medieval reenactment, for instance, the introduction of a camera would be jarring, requiring careful explanation and eliciting bewildered expressions. Adopting old German dialect, he notes, helped gain him entry into the fold, but he wore modern clothing, which was also somewhat baffling to his centuries-old companions.

While von der Osten acknowledges that LARP is sometimes met with a degree of derision, he sees something meaningful in the pastime. Role-play, he suggests, isn’t simply about avoiding reality but instead about negotiating the nuances of everyday life through fantasy. He described LARP on two occasions as a “protected” space, meaning that players can try on different personas without fear of mistakes or awkwardness. LARP empowers participants to become anyone they desire without the real-world consequences of actually being that person, and in turn, playing the part can help to inform and empower who they are in everyday life.

Live Action Role-Players, posits von der Osten, are some of the most self-aware and secure people he has encountered. A great deal of these individuals’ resources go into collecting and creating outfits and props; after long days at work, sleepless nights are spent working on their characters. Each has crafted something substantial, and each has a story to tell. 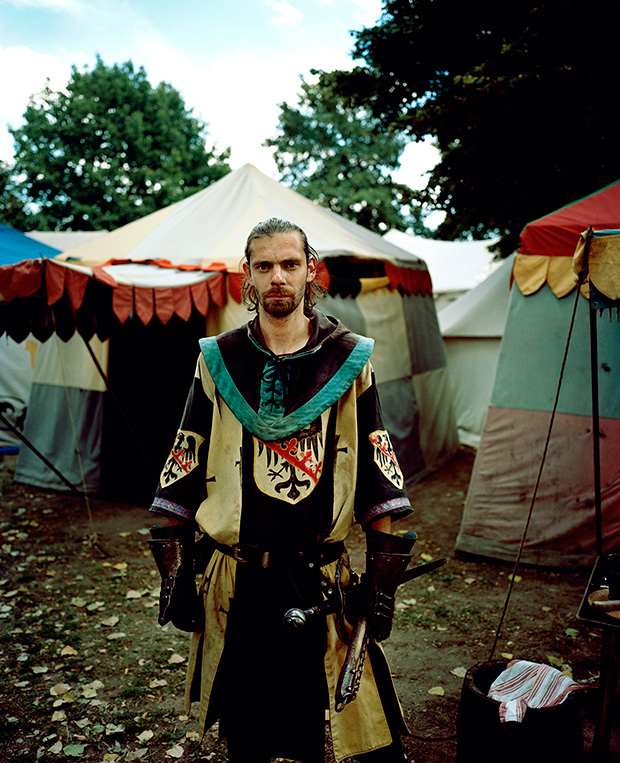 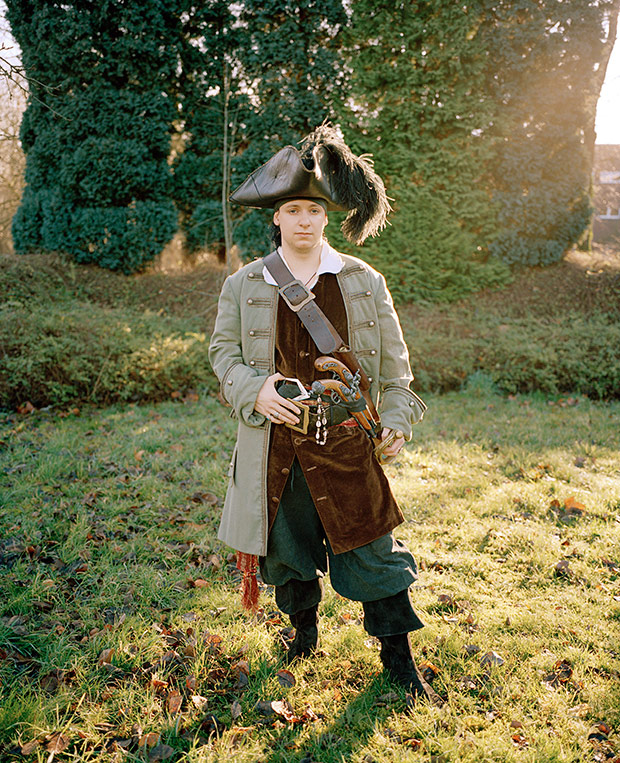 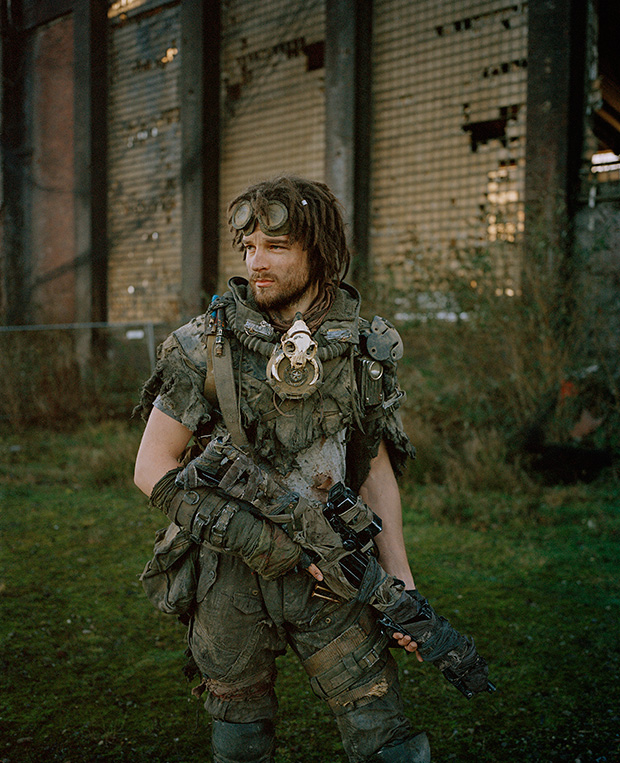 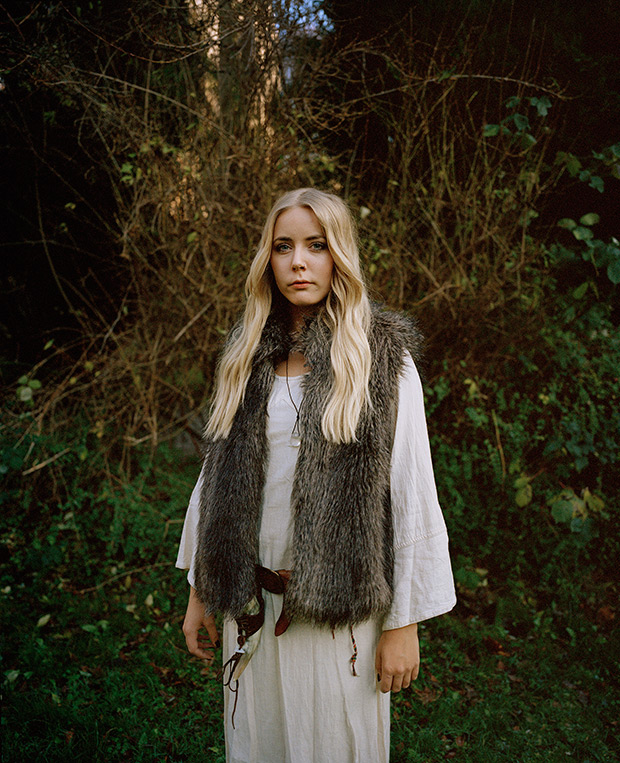 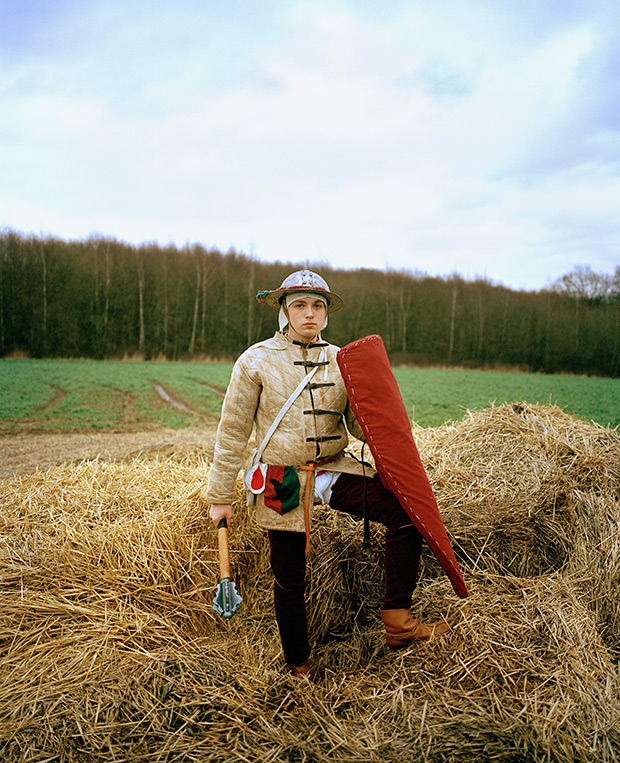 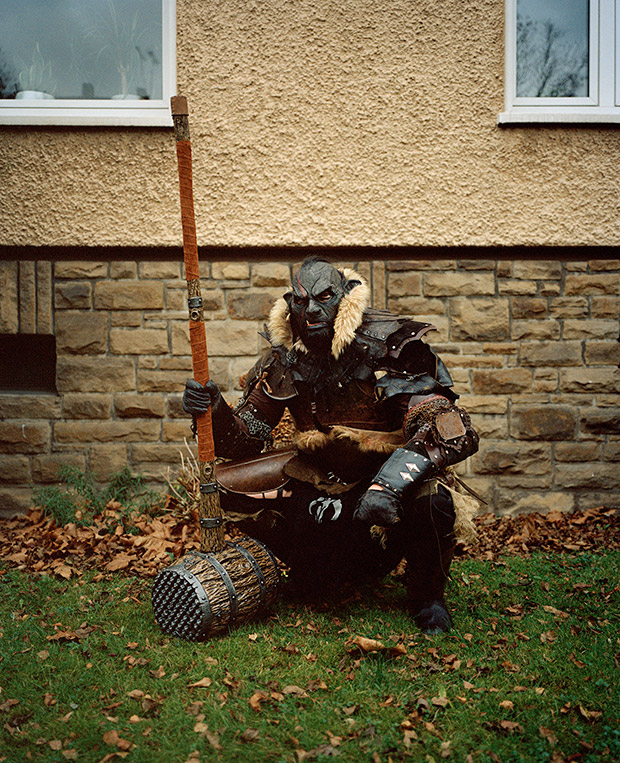 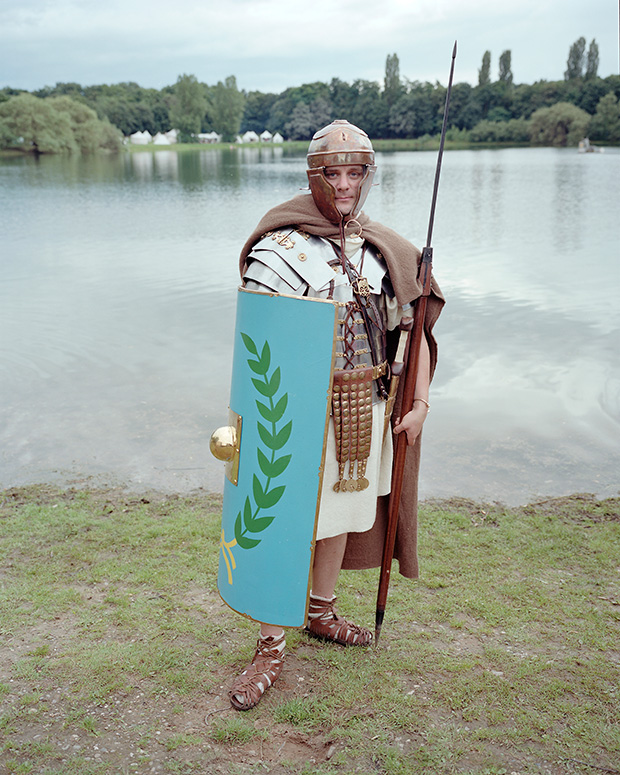 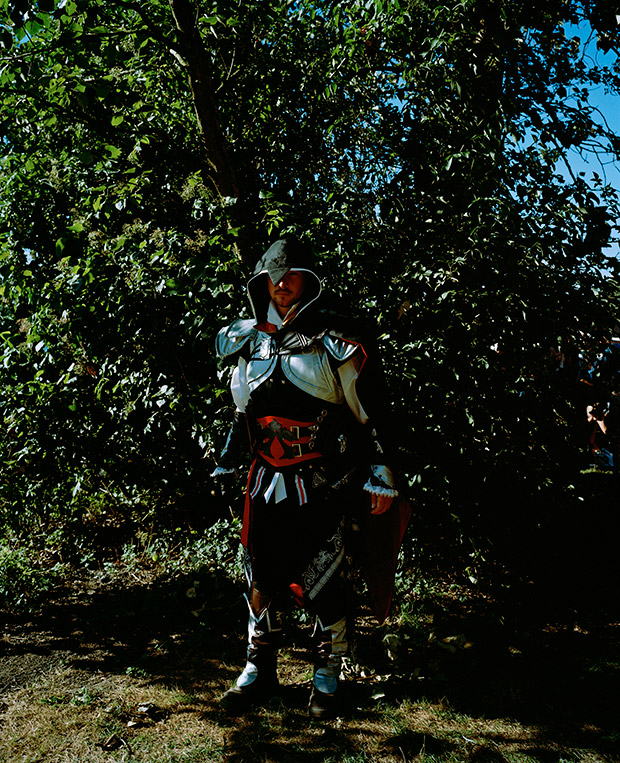 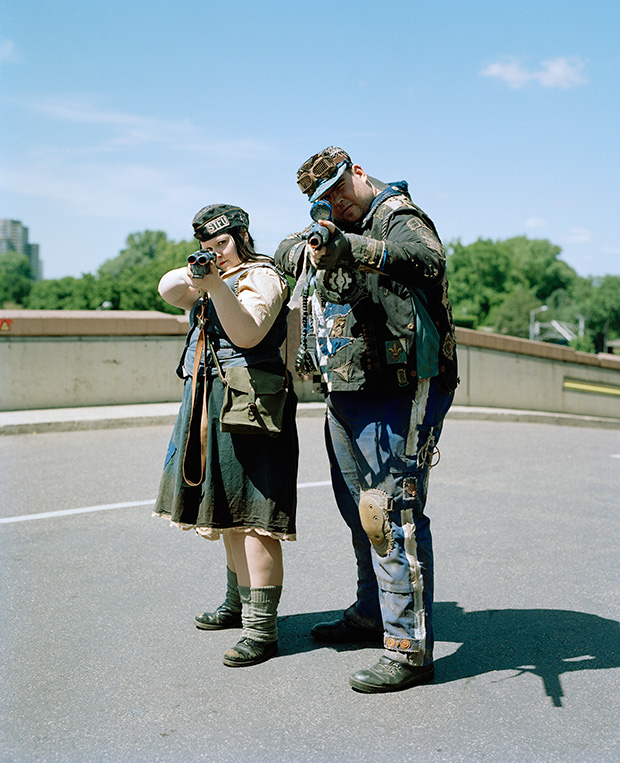 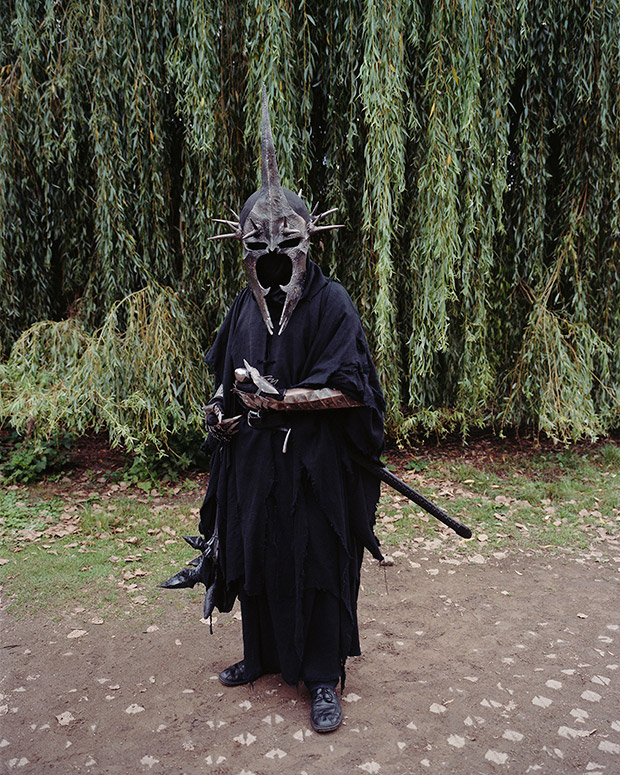