Touching Portraits of Injured Birds Photographed at a Wildlife Shelter 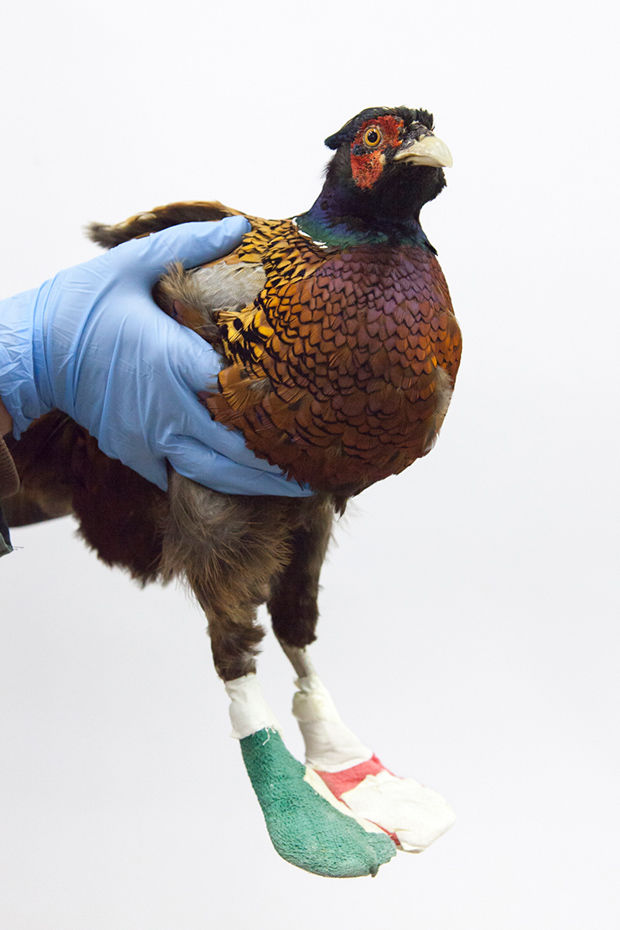 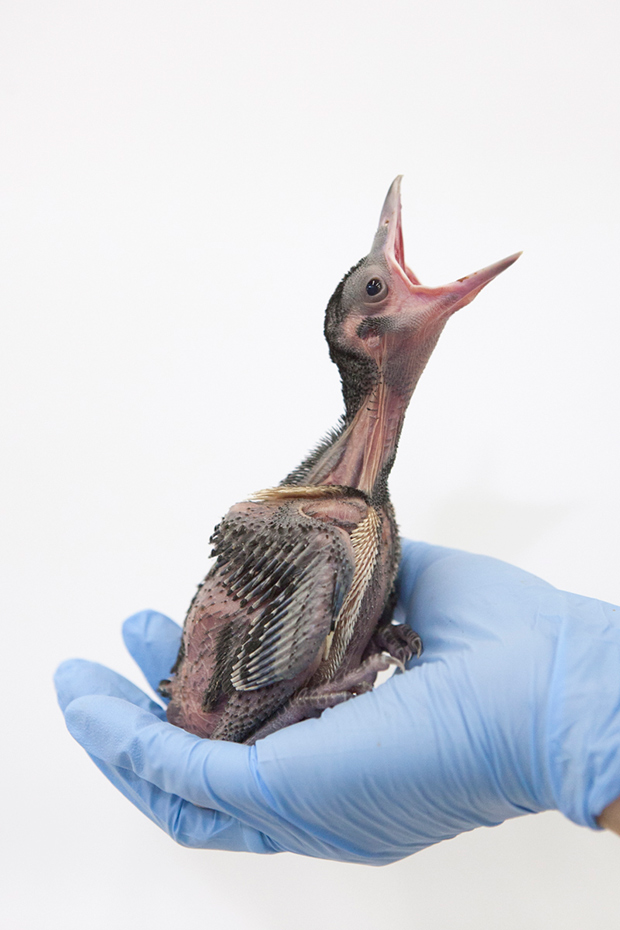 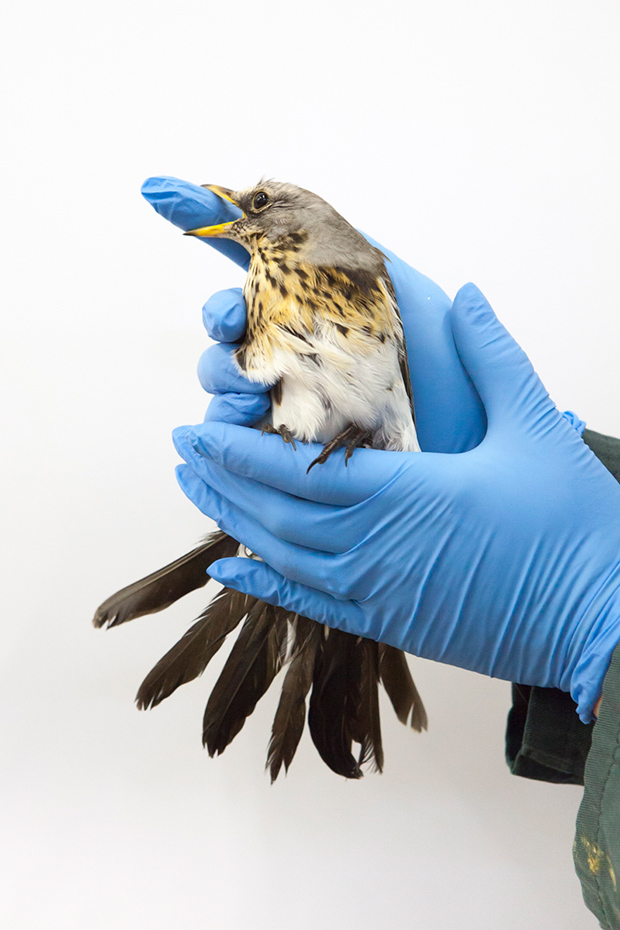 Holland-based photographer Anjès Gesink spends her evenings nursing wounded chicks and administering pain medication to older wild birds who have been wounded and left behind in the hustle and bustle of city life. She volunteers at Vogelklas Karel Schot, a bird shelter in Rotterdam that rehabilitates a variety of severely injured and ill birds in hopes of releasing them back to their homes in the wild. For Birds Don’t Cry, the photographer documents the animals as they are held and examined by compassionate hands at the shelter.

Most of the birds, explains Gesink, have been harmed in preventable— and manmade— incidents. An overwhelming number are left in critical condition after colliding with buildings and windows, reflective surfaces that appear to them like unobstructed space. Some become caught in fishing lines, and infants can be removed from their nests and left to plummet to the ground below. Although the birds are most often debilitated by way of human carelessness, the photographer is quick to point out that it’s also human beings who nurture them back to health. She herself is often there to receive an animal brought in after dark, and she watches over them until a veterinary professional can have a look at his injuries.

Gesink chose to photograph the birds in anonymous and gloved palms to point to the paradoxical fact that these animals are both harmed by and saved by human beings. Since the birds can get quite fearful when they are held, she only captures their portraits when they are already being handled for medical reasons. A relaxed and quiet demeanor, she notes, will often put an anxious bird at ease. Some species can become quite attached to their caregivers and are therefore given special treatment. In cases like these, says the photographer, it’s best to be gentle but to avoid cooing, which might lead to a formation of a bond and make it more difficult to release the birds back into the wild.

One of Gesink’s favorite parts about working at the shelter is seeing its avian patients get more stable with time. When they enter the facility, they are often quite fragile, but birds are tenacious creatures, and there is no feeling quite like witnessing them making a strong recovery. The subjects pictured here are the lucky ones; many are too delicate to have their pictures taken. Once they begin to heal, says the photographer, their personalities begin to shine through; she explains that they are surprisingly resilient, and many have a distinct sense of humor. They are stoic and brave, and as she puts it, “they don’t show their pain.”

The photographer hopes that her empathic and dignified portraits will help to raise awareness about the dangers that face city birds. Ultimately, many of these wounds could have been avoided with a bit of care and forethought. Last year, she exhibited her images at Rotterdam’s Natural History Museum and published Birds Don’t Cry as a book featuring writings by ecologist Andre de Baerdemaeker, biologist Kees Moeliker, and writer Ernest van der Kwast. The book can be purchased here. Please consider donating to Vogelklas Karel Schot or to a bird shelter near you. If you find a bird or any wild animal in need, visit Wildlife Rehabber to find someone nearby who can help. 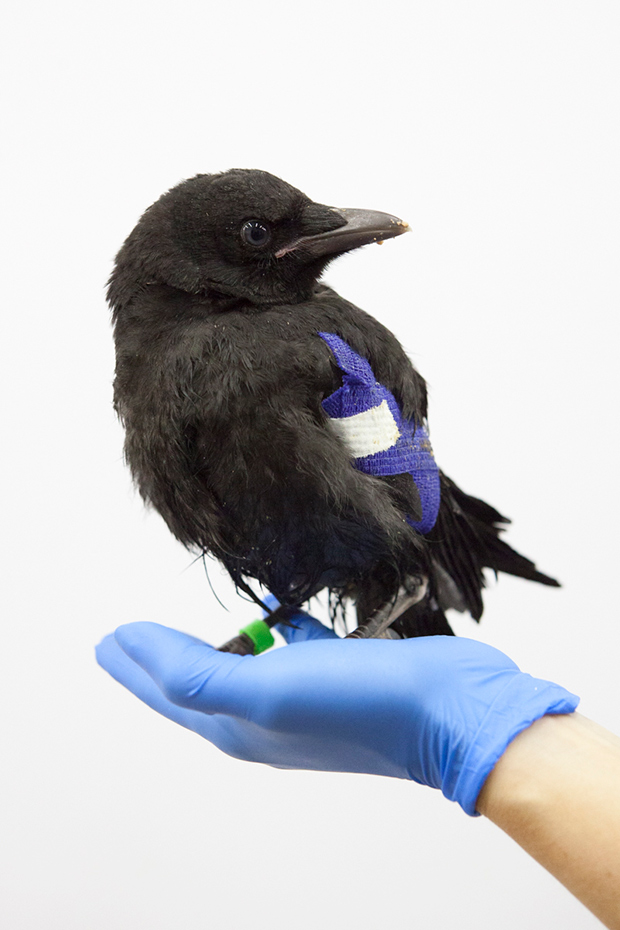 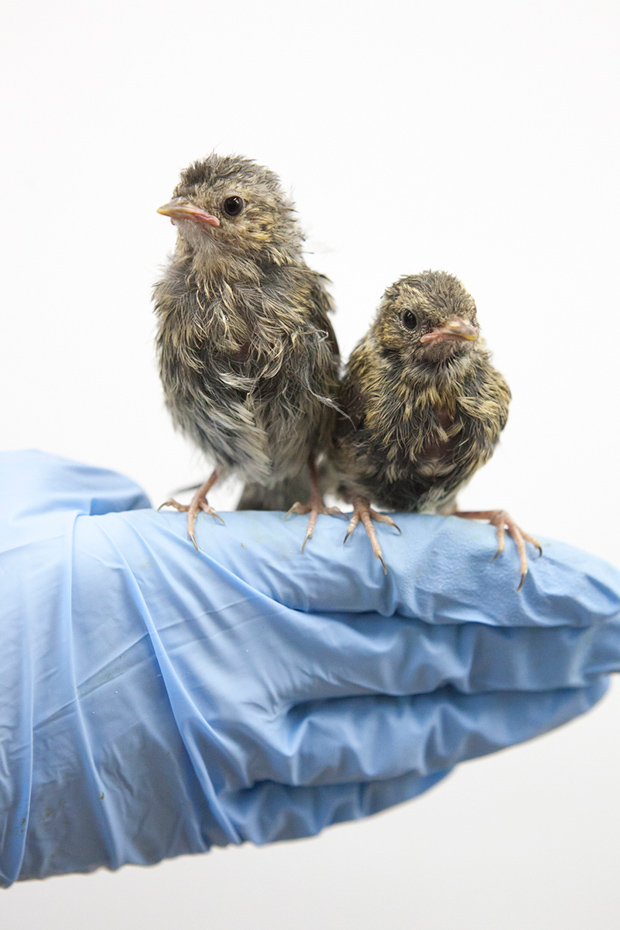 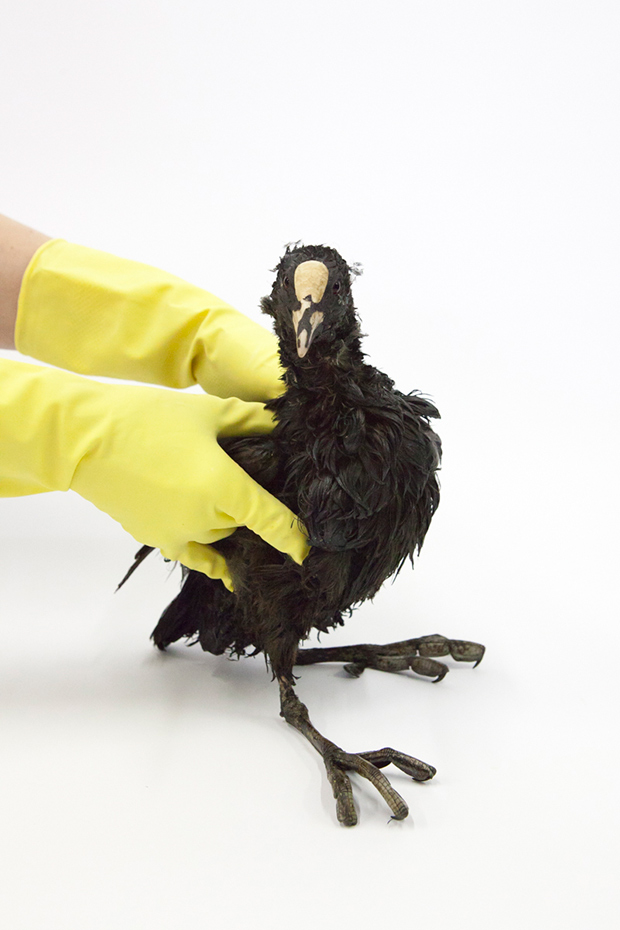 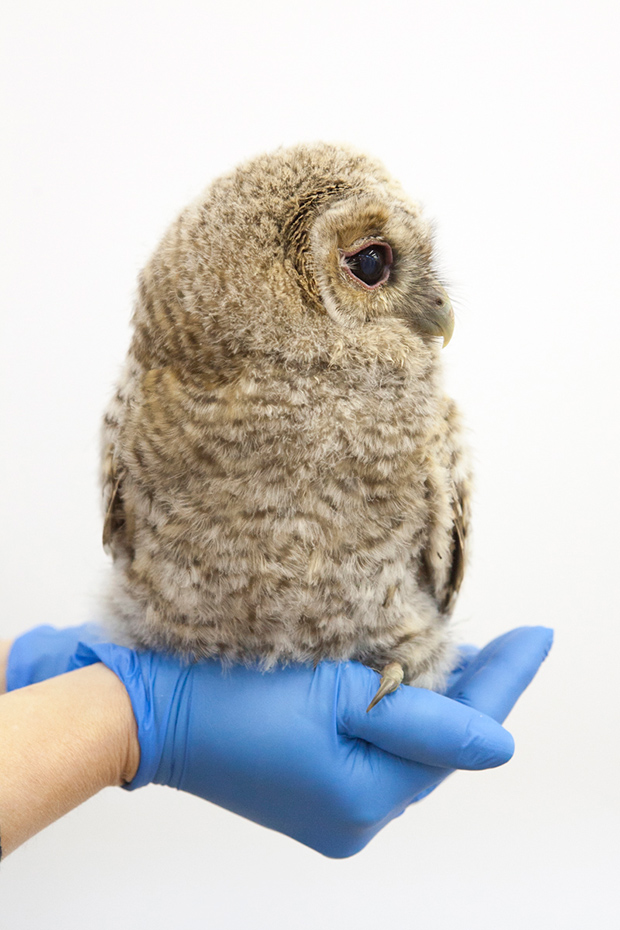 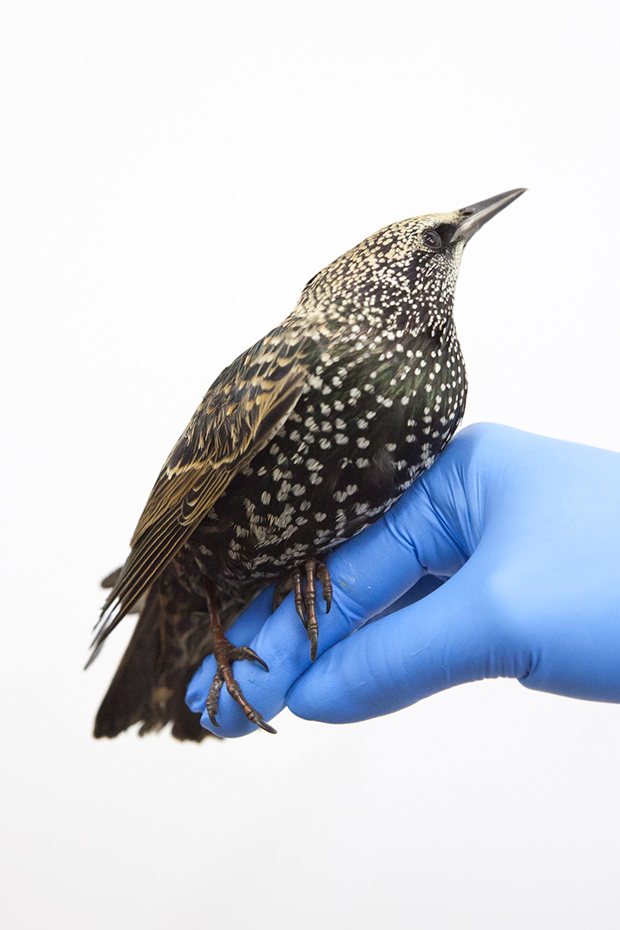 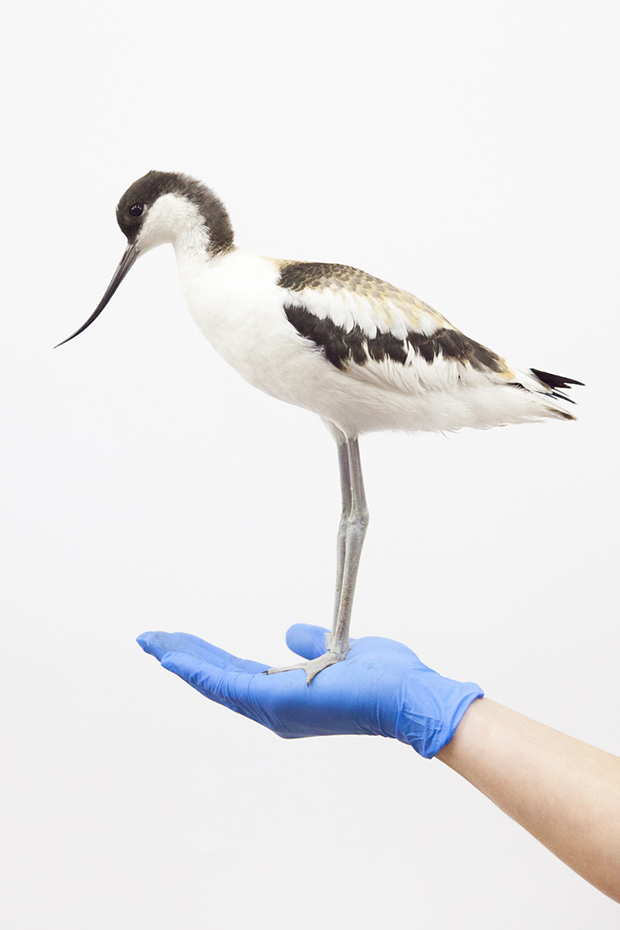 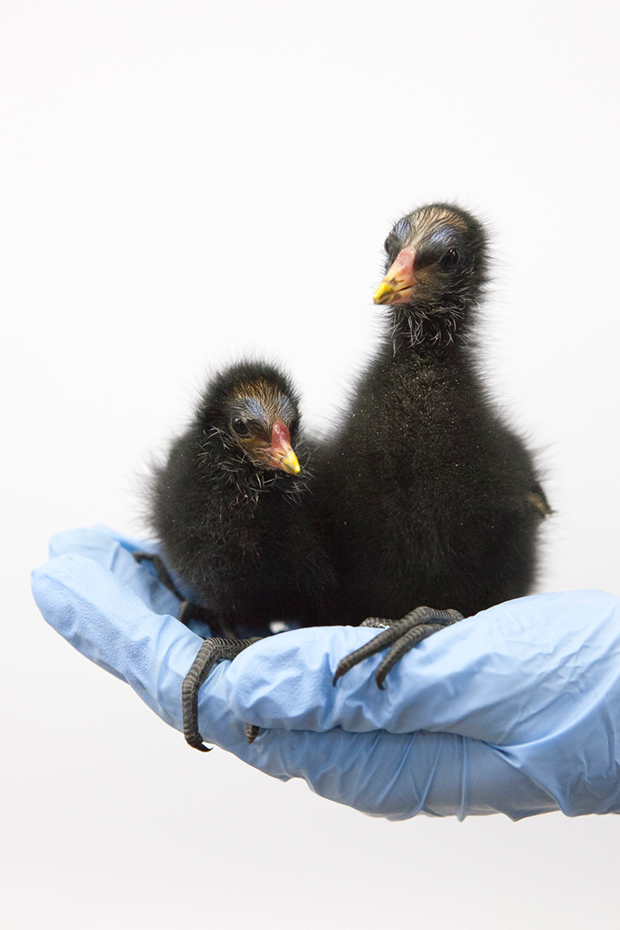