Tina Barney Talks to Us About Her New Exhibition, The Passage of Time, and the True Meaning of Portraiture 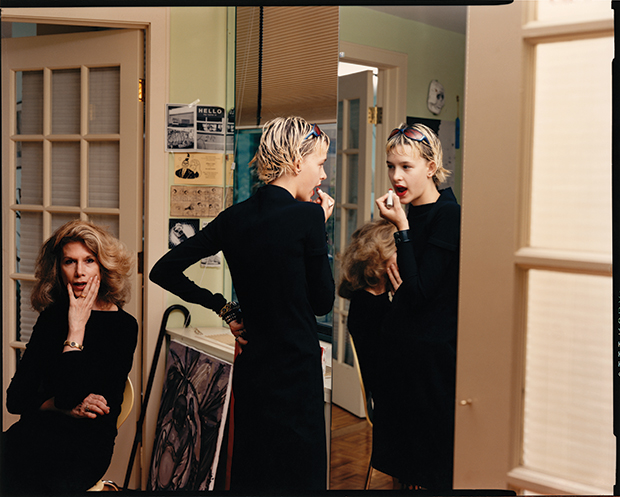 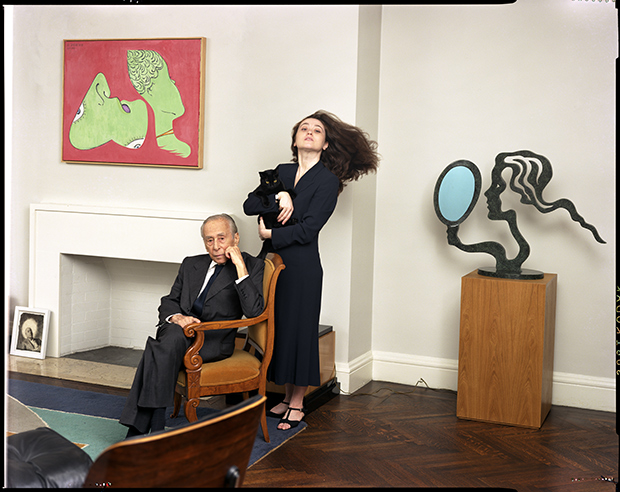 In decade in which we obsess over change, be it catastrophic or fortuitous, the photographs of Tina Barney continue to remind us of that which is constant. Beginning the 1980s, she has captured the world, her world, in large-scale analogue photographs, laying bare the push and pull of tension and familiarity that run beneath domestic life. Since then, her imagery has invited us not only into private interiors of life for affluent New Yorkers and elite New Englanders but also into the palatial homes of European aristocrats and small town American communities. Throughout it all, she has returned time and again to the family, to the home, and to the ubiquitous and essential need to belong.

Twenty years ago, Barney admitted in conversation with BOMB magazine that she feared the lifestyle in which she came of age, the social world of those closest to her, was on the verge of being lost. Walking the fine line between candid moments and staged tableaus, Barney’s photographs, whether they depict her immediate family or people entirely unknown to her, distill not only a moment in time but a preemptive homesickness for the fact that it no longer exists. Ultimately, Barney’s photographs are testament not to that which is gone but to the significance of those things that we most fear losing. Tina Barney: Four Decades, a new exhibition at Paul Kasmin Gallery, is a testament to that idea and to the timeless of Barney’s work.

As Barney’s first show with the gallery, Four Decades will bring together selections from the photographer’s personal bodies of work, monographs, and images from her 2006 editorial The Limo. We spoke with Barney about the show in anticipation of its opening on May 7th, 2015.

You’ve said in previous interviews that your audience sometimes misinterprets your work as being solely about the upper class, when really it’s more about family. Could you tell us a bit more about what family means to you?
“Since the very beginning, even at 28 years old, I feared that families would become extinct. The house came to represent the family. It was always at the center and will continue to be, as it’s passed on from generation to generation.”

Could you walk us through the process of putting together this exhibition? Why did you choose to include both fine art and editorial works?
“In curating the show I always put the formal considerations before the subject matter. The composition or structure, color, light and form. Then I like to alternate the men and the women like a dinner party and, if possible, the projects.” 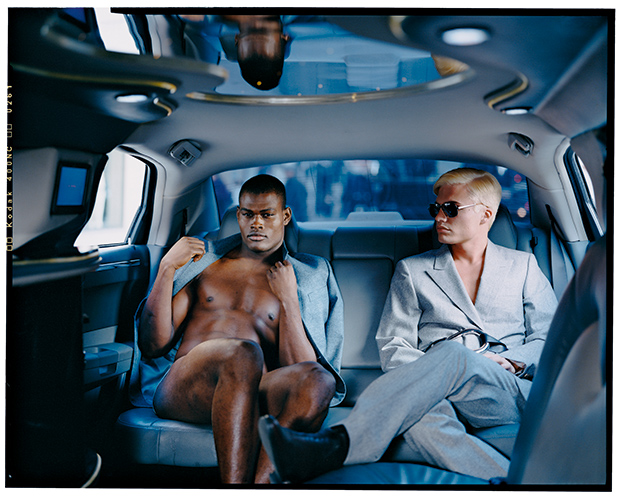 Looking back on the images you’ve made over the past four decades, has your relationship with some of these images changed at all?
“When looking back, it never ceases to amaze me how I started off my career thinking that things were going to change. Thirty years have gone by and very little has changed, at least as far as the situations in my own life. Once in a while they change, and from time to time, I photograph that.”

A lot of your subjects are close family members and friends. How have they responded to the prospect of being the subjects of such recognizable and iconic images?
“In all of the years I’ve been working the people I photographed didn’t bother me about seeing the results or asking me where they were going to be shown. They really didn’t ask me what my intentions were which really freed me for having to clarify what I was trying to do since I really wasn’t sure myself. I think they most of all enjoyed the intense time we spent together or at least I hope so.”

For many of your more intimate images, you’ve asked your subjects for their permission to share them with the world. Why is this step important to you?
“It’s always been very important for me that the subjects know what I am going to do with the photographs. I make sure that each and every subject signs a release – it’s really for my own conscience.”

Some of the works in the show have never been exhibited in the United States. Do you anticipate the reactions might be different than they have been elsewhere, or do people generally respond to your work similarly, regardless of the surrounding cultural currents?
“Advancements in digital photography have indeed made taking pictures much easier. Almost anyone can do it now with great ease. These photos, however, were very difficult to make. The amazement in the 80’s, or what was appreciated was this spontaneity. Photographs of the aristocracy were also not as common.

“Bringing up photographs that I haven’t even seen in 15-20 years has been a very curious experience! I’m sure they’re going to be looked at differently than in the 1980s because of technology/internet; however, consuming art is a very personal experience. I can’t really ever know how my audiences react.” 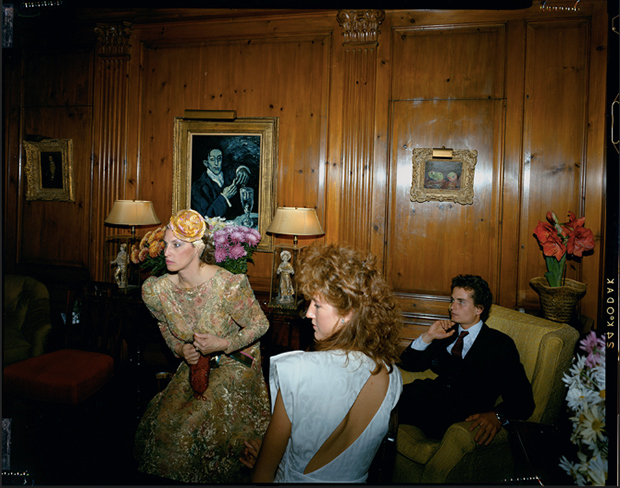 You generally photograph very quickly, despite the intimacy of your images. For The Europeans, you barely knew your subjects. Do you think that it’s possible that your fast pace (maybe paradoxically) allows people to let down their guards in ways that a long sit-down might not?
“I find that my moving quickly transmits an energy and excitement onto the people that I’m photographing and most people’s attention span doesn’t last longer than an hour. It’s a very intense hour so it’s important that I’m fast. People are on their guard no matter what but by the end of the hour, they typically start to loosen up, OR not.”

What is the biggest misconception surrounding your work, and what is the one thing you’d want people to take away from this exhibition?
“Most people are focused on the subject matter but that’s not what’s important. My interest lies in the structure of making art as it regards, scale, space, composition and so forth. What I would want people to take away is a sociological understanding of the way people act, how they feel about themselves, how they appear to themselves – who they decide who they are when they’re having their picture taken.

“I ask myself, what is portraiture? It’s hard for me to describe in words. It’s the mystery that lies in the connection between the person being photographed and the photographer.” 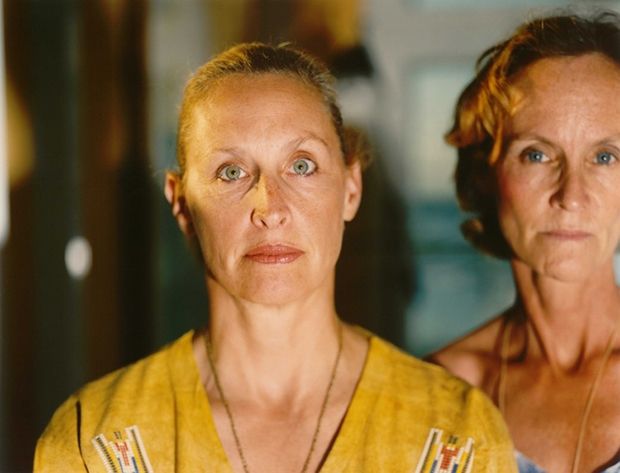 Jill and I, 1993, © Tina Barney, Courtesy of Paul Kasmin Gallery