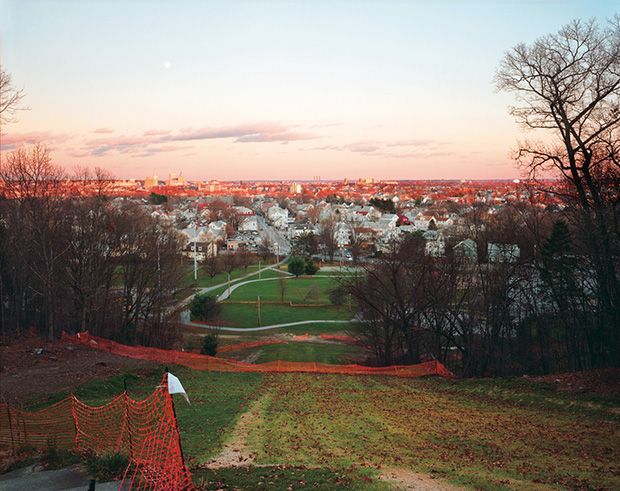 Neutaconkanut Park, Looking Out Over Providence 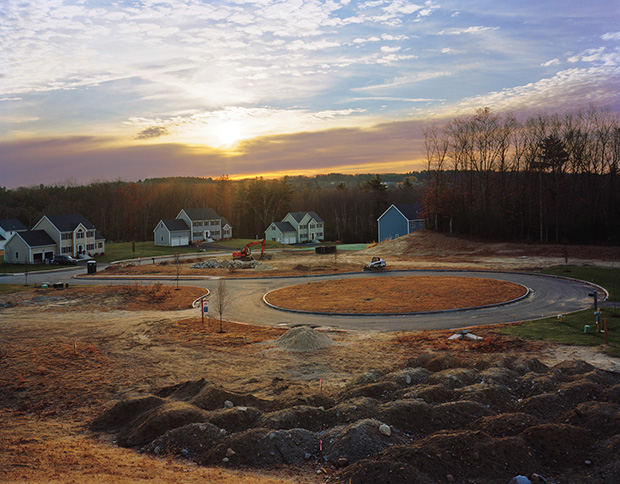 Thomas Cole’s 1836 painting View from Mount Holyoke, Northampton, Massachusetts, after a Thunderstorm, commonly known simply as The Oxbow, now hangs in its permanent home at The Metropolitan Museum of Art, but for Providence-based photographer Peter Croteau, the work is far more than oil on canvas but a living, breathing landscape resurrected in his series The Road to the Oxbow.

The painting, suggests Croteau, continues to inform the ways in which we construct the story of the American nation. The composition, he explains, is a testament to the 19th-century movement to expand westward; where the lefthand side of the canvas depicts a cloud-covered feral landscape, our eyes are pulled rightward, to the sun-drenched pastures on the farther shores of the river and promises of prosperity that linger within. The will of man, in other words, is on the precipice of dominating the whims of the natural world.

When the photographer set out on his two-hour road trip to the Oxbow, he cast himself as a modern-day explorer, investigating centuries later the realities that resulted from the idealism of Cole’s era and the notion of Manifest Destiny. Alternately stepping into and out of Cole’s footsteps, Croteau traces the suburban terrain that now blankets the land, finding moments in which the last remnants of the wild earth struggle still for survival.

On route, the photographer discovered, as the painter had, storm clouds that prophesied things to come, but perhaps in this retelling, the darkness signifies something far more sinister. The battle between man and nature has at long last drawn to a close, and our victories—won by mining, logging drilling, and fracking—are celebrated only by what Croteau refers to as “spaces of dross,” the mundane construction sites popping up over suburban communities. When he reached Mount Holyoke, the photographer planned to capture the Oxbow, to frame it just has Cole once had, but he found himself pivoting to face a nearby parking lot, a frame that ultimately became the final in his series.

Without casting an overt moral judgement on the American landscape, Croteau hopes only to represent our country as it is, stripped of the romance and ideologies that we might project upon it. High-tension wires become his guide, leitmotif that propels his journey onwards and that unites locales set miles apart. In the end, he suggests, the Oxbow is no more meaningful or emblematic than these anonymous roadside markers. “Painterly representations of the American landscape have never matched reality,” concludes the artist. 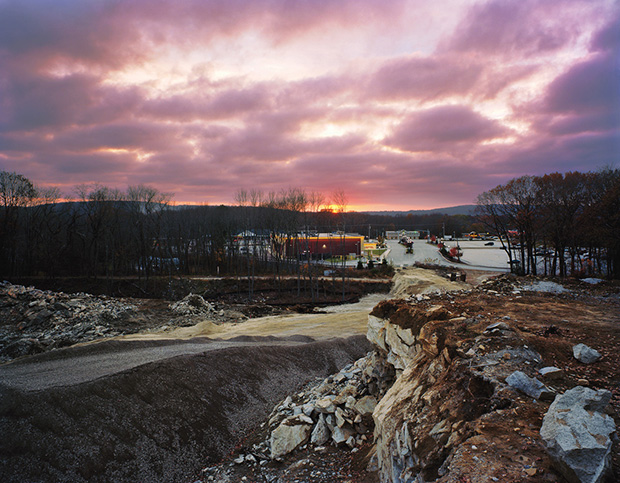 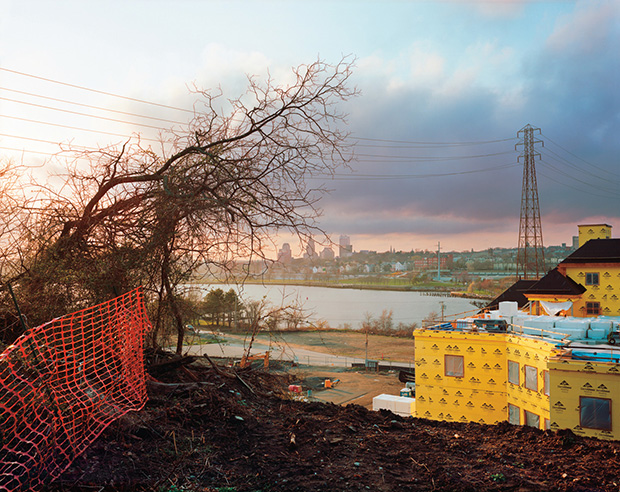 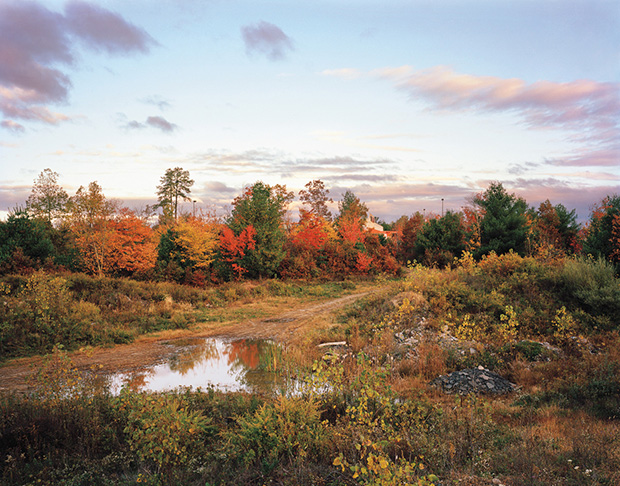 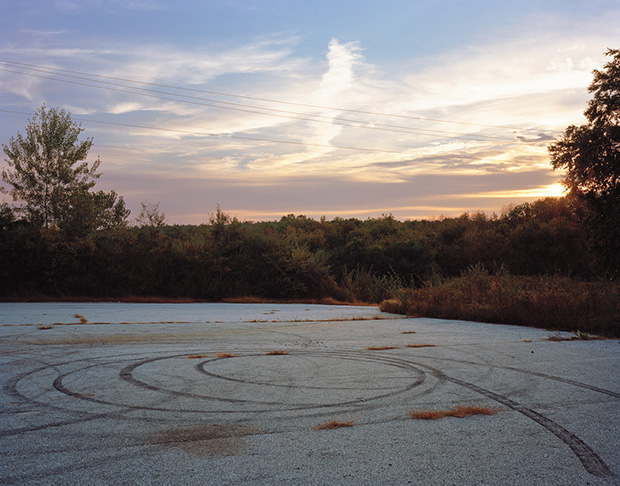 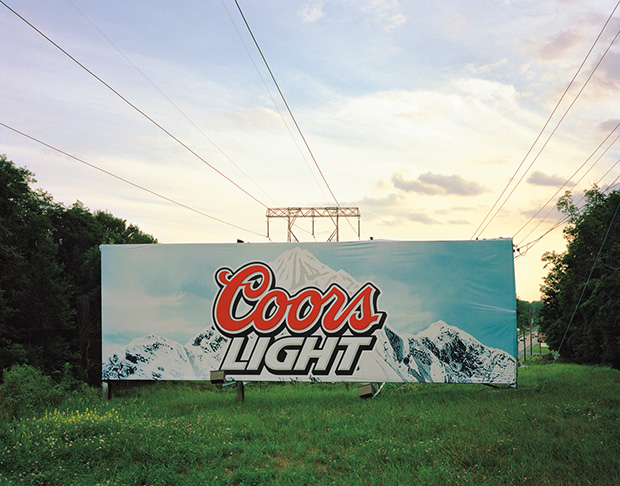 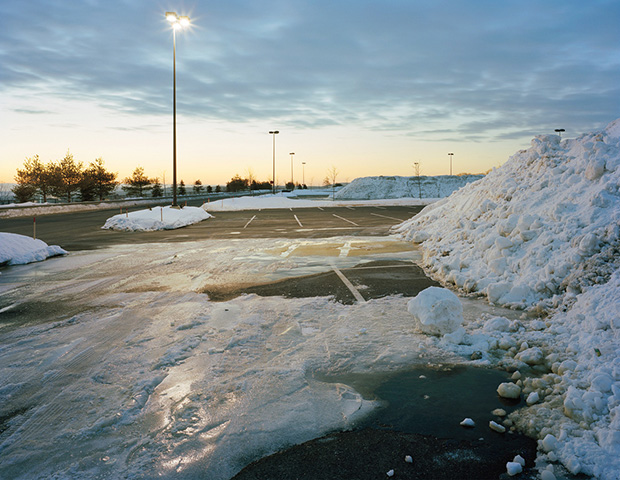 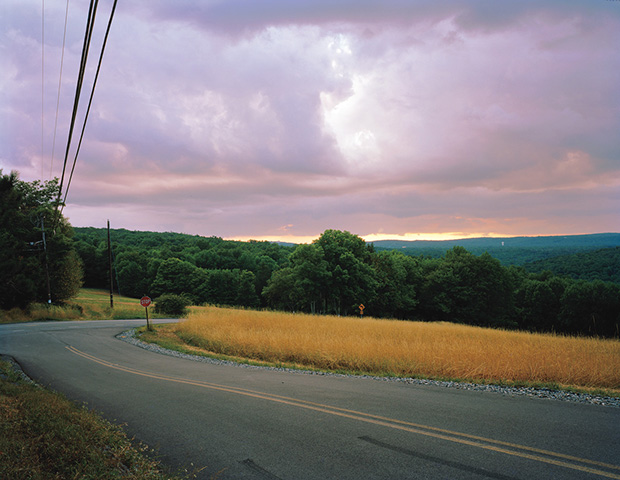 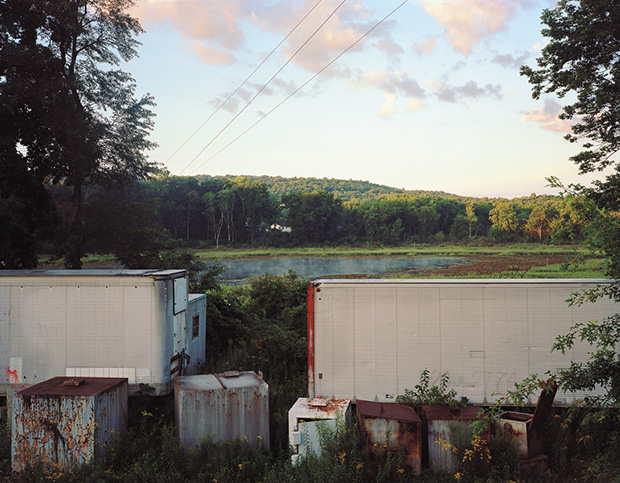 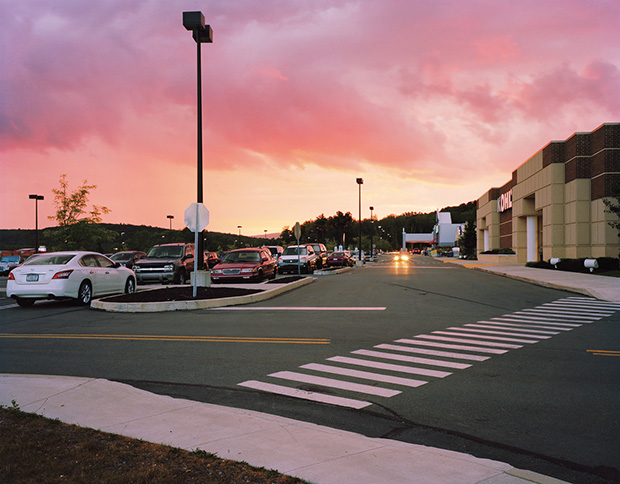 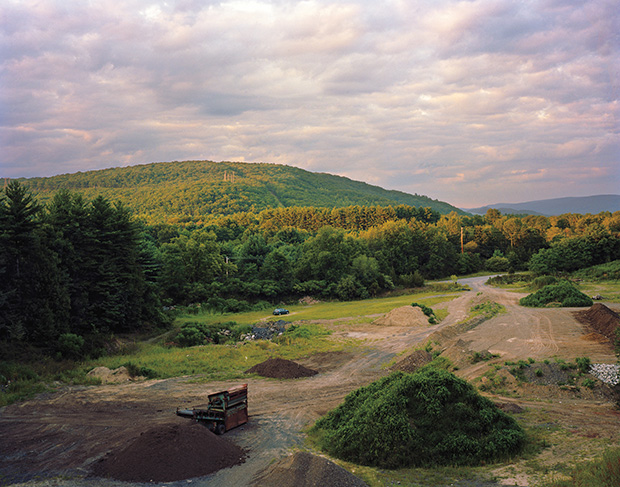 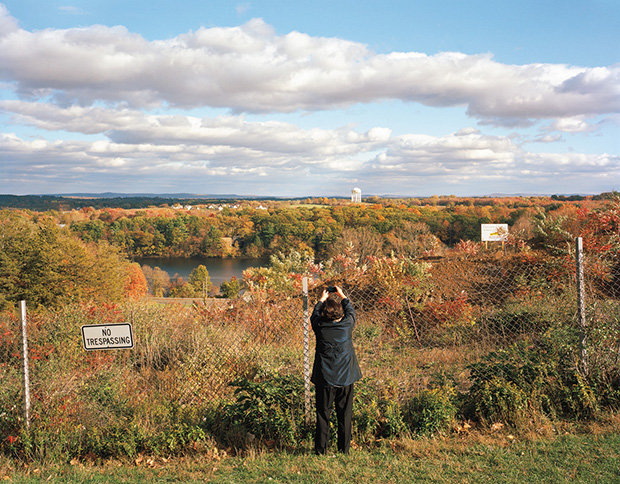 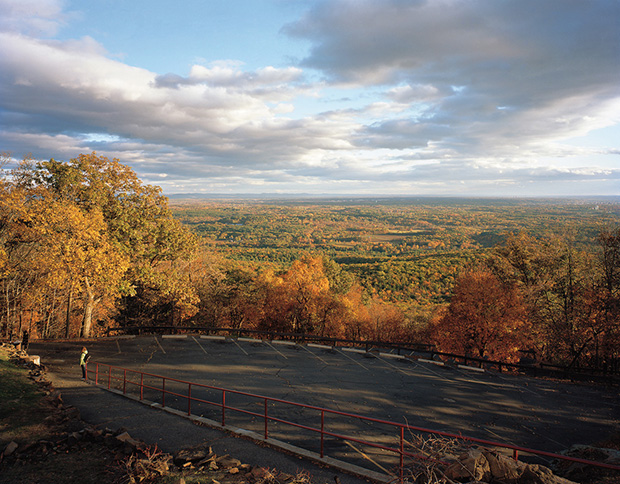 Mount Holyoke Parking Lot, Looking Away From The Oxbow