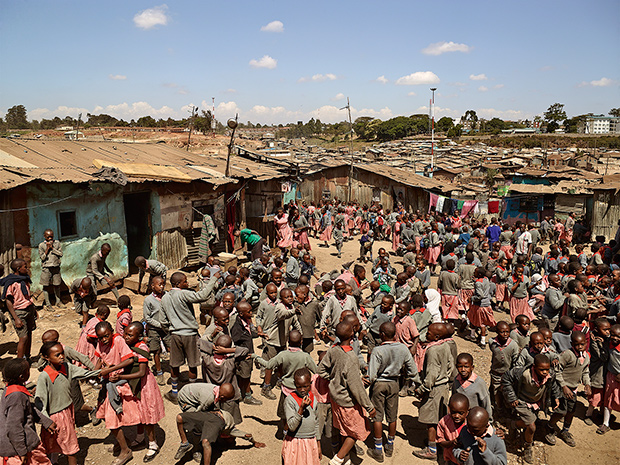 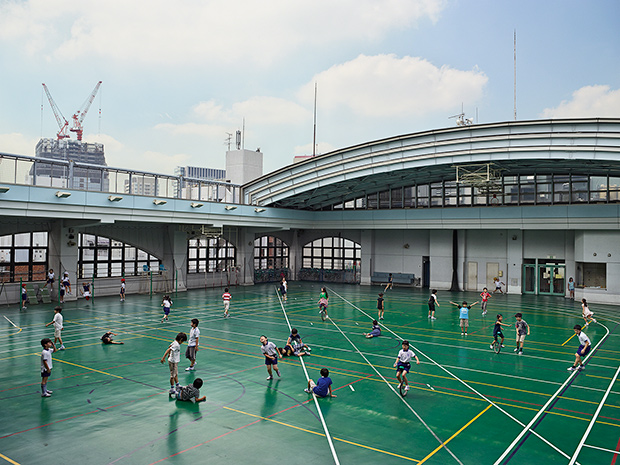 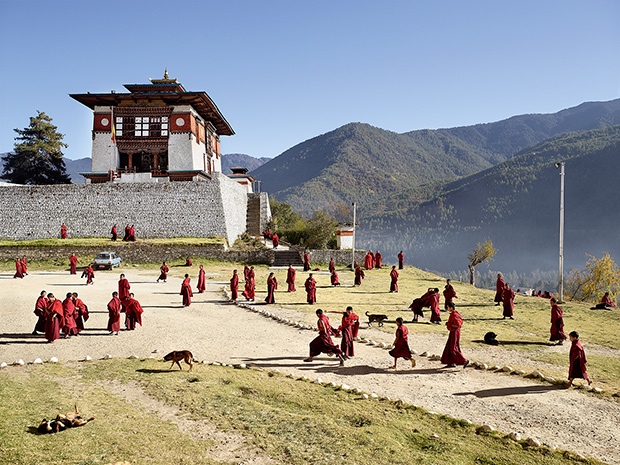 For Venice-based photographer James Mollison, the playground is a place of laughter, games, and boisterous antics, but it’s also the site of schoolyard taunts, scraped knees, and first humiliations. Now a parent to a two and three-year-old, the photographer found his mind returning to his early days at a British school, where his playground became his home turf, the setting against which the profound bonds and rivalries that so often define our childhoods first clicked into place. For Playground, Mollison visited recess areas throughout the globe, from the monasteries of Bhutan to the slums of Kenya, examining and recording the ways in which children learn through play.

When he first embarked on the project, Mollison encountered a good deal of suspicion from school authorities, casting a wide net in hopes that a few allowed him entrance into the playgrounds. Once he was there, small grounds of children sometimes engaged with the photographer out of curiosity, but most got bored quickly, returning to their play and leaving Mollison to fade into the background. While Mollison gave the kids hardly any direction, he did at times composite multiple frames to heighten the drama of the scene. For him, this kind of editing was not a manipulation but an enhancement of what was already there, becoming the means of conveying within a single image emotional truths and narratives that unfolded over a period of time.

Before visiting the schools, Mollison admits that he was apprehensive about new policies forbidding activities like dodgeball or gymnastics; the atmosphere he wanted to tap into was a rambunctious and unsterilized one. Upon observing the kids, however, he realized that children were very much the same as they had been in his day, bending the rules and horsing around as they pleased. The one demographic that never changed in any school—regardless of its finances, size, structure, or location— was little boys aged around six to to nine, who always engaged in a physical sort of rough-housing. Girls often (though not always) preferred clapping games.

Despite their undeniable similarities, the school environments did change as Mollison circled the globe. In China, he says, there wasn’t any sort of recess break but rather a strictly monitored hour for exercise and aerobics. Ultimately, though, he finds in all the playgrounds a realm wherein adult rules need not apply, a space where kids can discover the ins and outs of the world. “Life is tough,” says the artist, and playgrounds are where children come to terms with that idea. When his own kids are older, Mollison hopes they can use the photos as a way of navigating the complex feelings of the schoolyard and share how they feel about their budding social lives, about best friends and about bullying. The dynamics playground, he suggests, are worth talking about.

Playground is on view at Aperture beginning April 16, 2015. 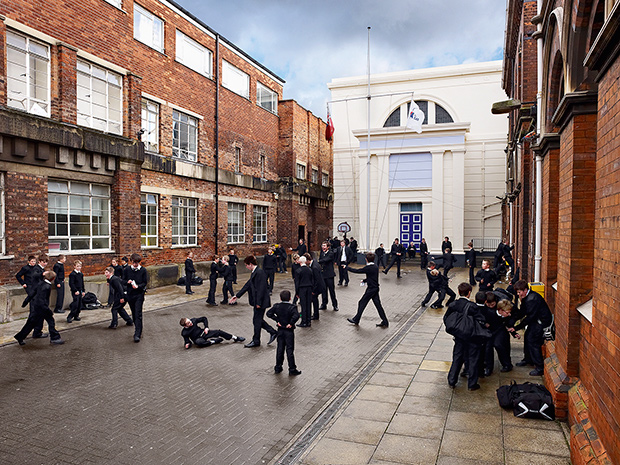 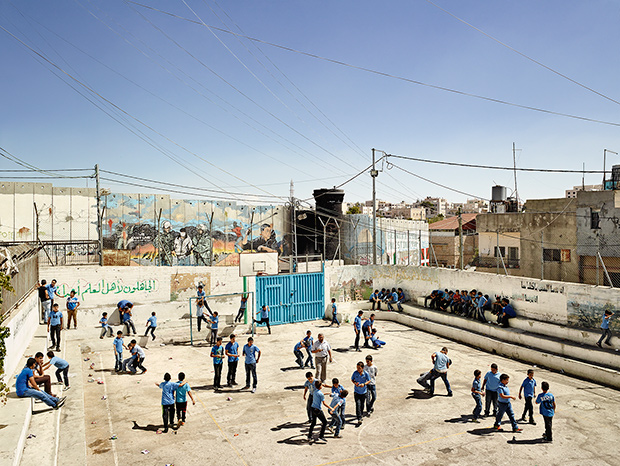 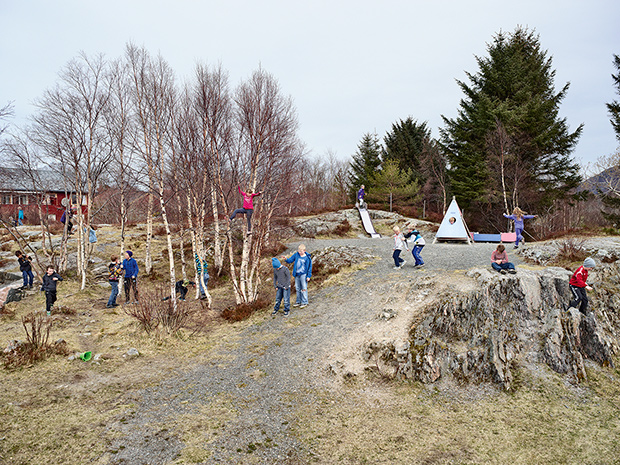 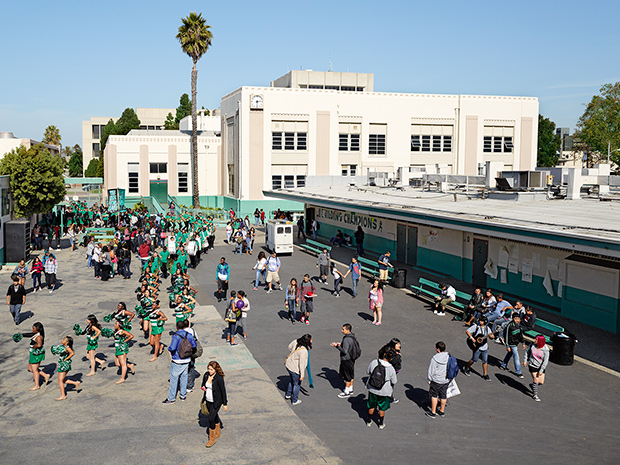 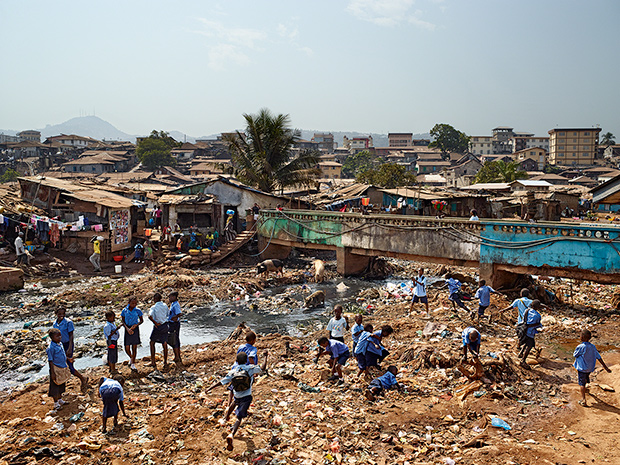 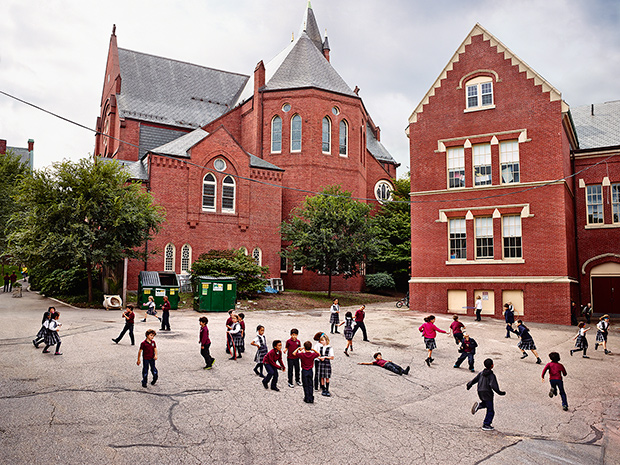