Striking Infrared Landscapes Reveal What Is Invisible to Human Eyes 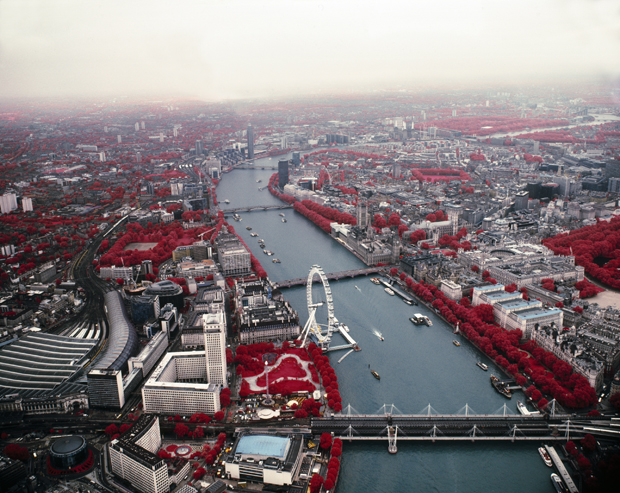 Studies in Pollution #7, from the series The City 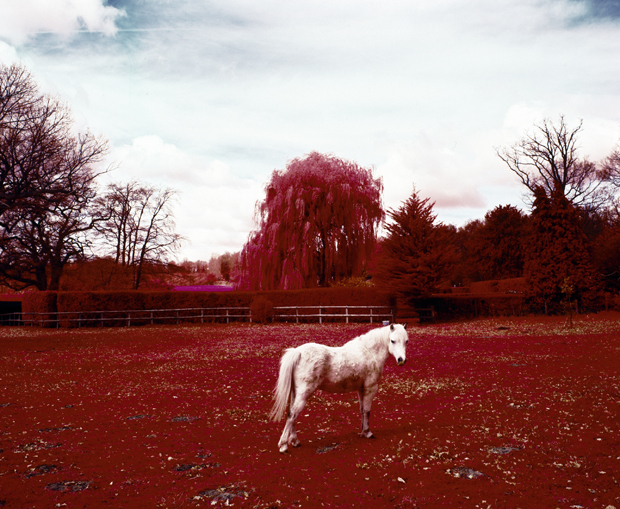 Between Greystones and Rose-Court, 2012, from the series The Village 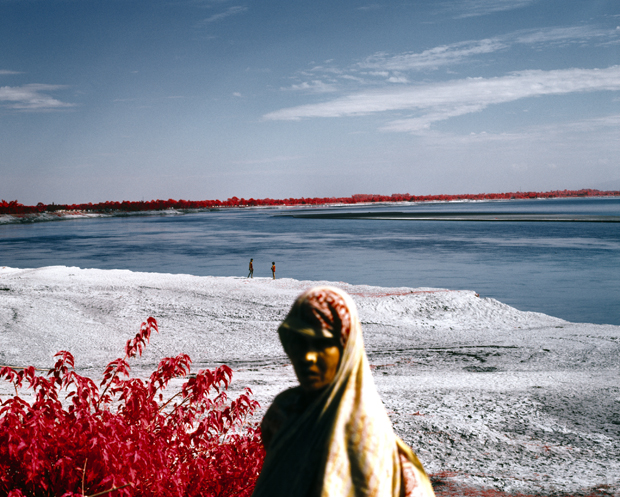 Untitled, 2012, from the series The Flood

For The Unseen, British photographer Ed Thompson employs some of the very last Kodak Aerochrome III in existence, using the infrared film to reveal that which is imperceptible to human eyes.

Although the project officially began in 2011 in Pluckley, Kent, the threads of inspiration can be traced back to that same village many years ago, when the photographer was an eight-year-old boy. Rumored to be haunted by ghosts, the village had drawn the young Thompson with promises of invisible apparitions that might be caught only on film. Of course, he now admits, he didn’t unveil any phantasms back then, but later read that professional ghost-hunters sometimes use infrared film; where the human eye can detect wavelengths ranging between 400-700 nanometers, the film is sensitive to those in the 750-1000 nanometer spectrum.

After returning to and shooting Pluckley, Thompson probed at the other invisibilities this rare film, on which Kodak ceased production in the 1990s, could disclose. Over the next few years, he visited sites as diverse as the radioactive Exclusion Zone of Ukraine’s Red Forest, capturing the bloodied foliage that lies in the wake of the Chernobyl disaster and eerily in anticipation of things to come, and London’s own Canary Wharf, beyond which lurks a sinister fog of pollutants. Where infrared film was once employed in aerial shots to determine the damage to crops in the wake of floods, Thompson turns his gaze to the living, breathing refugees affected by flooding in India.

While Thompson has thoroughly researched—and draws from— the scientific and pseudo-scientific applications of infrared film, The Unseen probes at that which cannot be explained, those rare phenomena, that once visible, are no less mysterious. While each series— The Village, The Flood, The City, and The Red Forest—is profoundly grounded in its own particular sense of place, together they become a revelation based in eternal archetypes, an ominous and flickering foretelling that lingers in the corner of the psyche. As familiar sites transmogrify into crimson-soaked, alien vistas, it’s not the ghosts that haunt his frame but the covert anxieties that linger—obscured—in the wake of environmental, social, and personal traumas.

The Village, The Flood, The City, and The Red Forest landscapes are on view alongside two other infrared series by Thompson as part of The Unseen , on view at Four Corners London until April 18, 2015. The artist will be selling limited edition prints to help with production costs for The Unseen book. 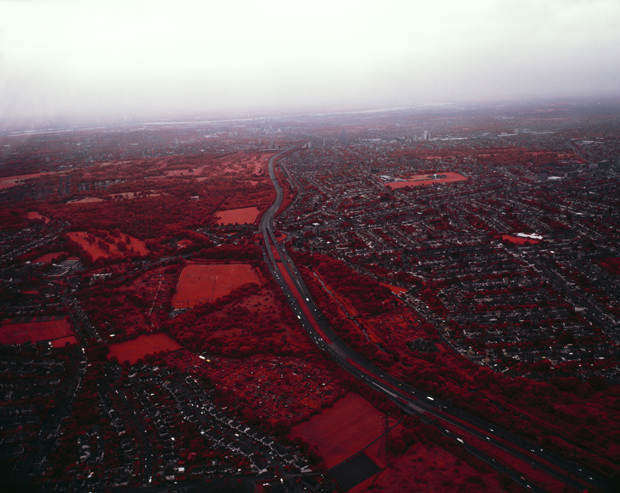 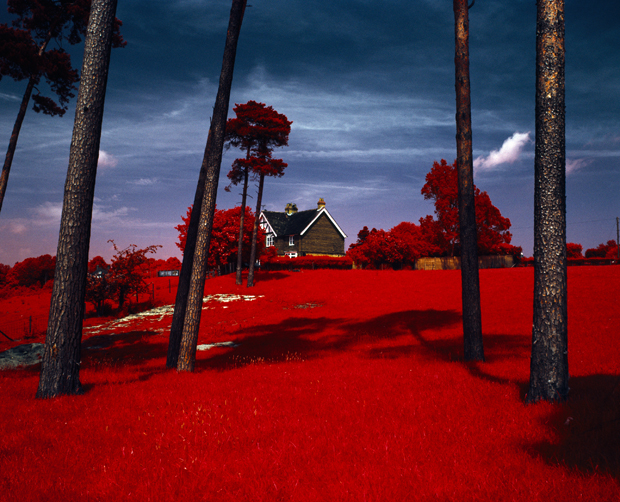 Park Wood no longer standing, 2012, from the series The Village 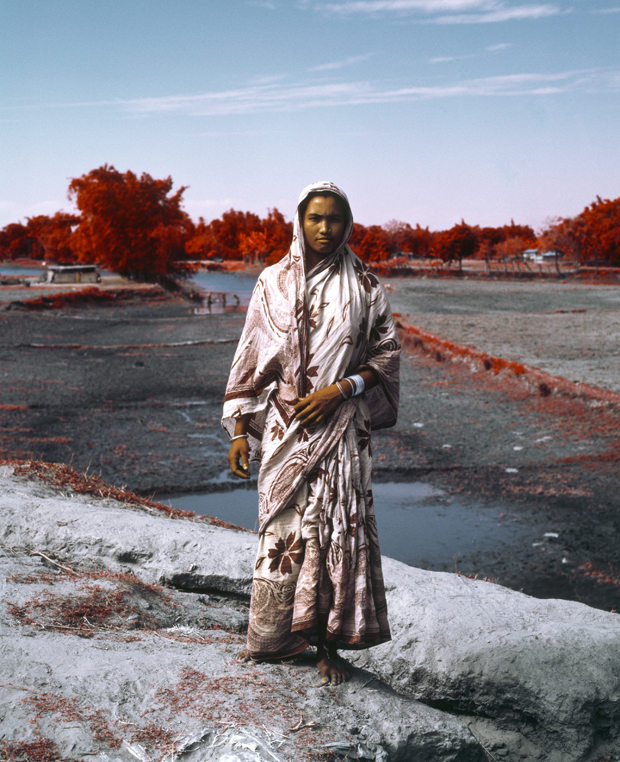 Untitled, 2012, from the series The Flood 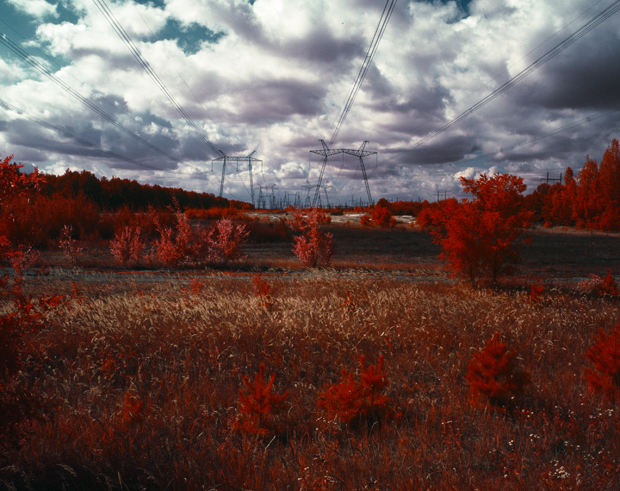 The Exclusion Zone, 2012, from the series The Red Forest 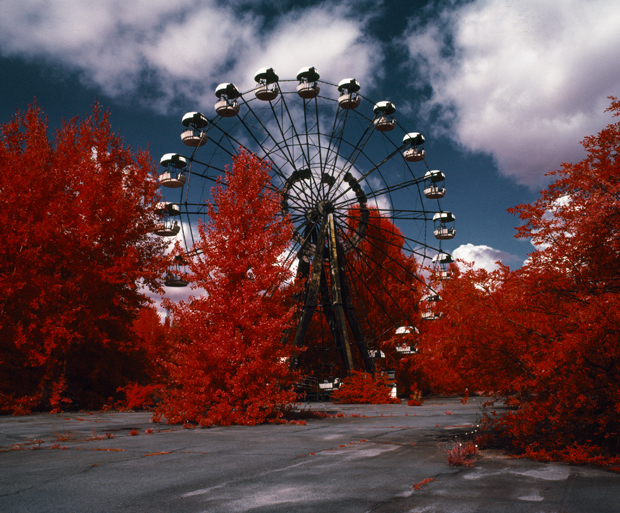 Pripyat Fair, 2012, from the series The Red Forest