“One Day Young” Shows Women in the Earliest Hours of Motherhood 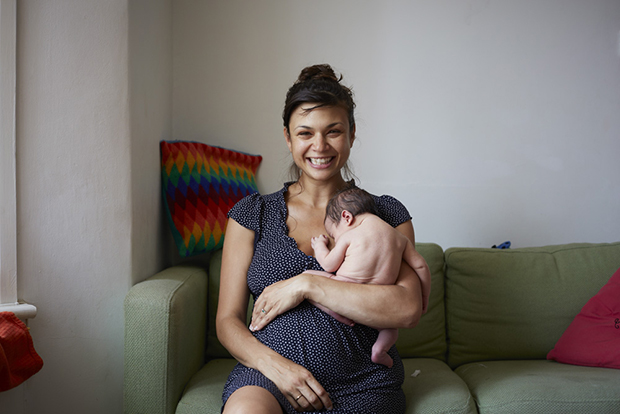 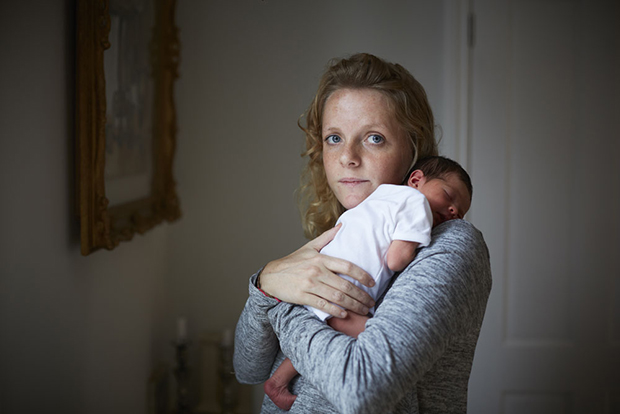 After giving birth to her second child, while still reveling in the pride-laden afterglow, editorial photographer Jenny Lewis began to wonder why the only representations she had seen of this post-natal period in a woman’s life were images of corseted and flat-bellied women in magazines or heartwarming Hallmark card references, all either idealized or completely cheesy. Why was no one documenting those first transcendent moments of motherhood, when “the rug of life is just being ripped out from underneath you and suddenly you’re just like a god, a Greek god, a statue”? Childbirth wasn’t something to just get through and quickly cover up; that incomparable confrontation with one’s own creative powers, that profound redefinition of self in relation to a new other—those were things worth celebrating. And so One Day Young was born, a personal project spanning five years and over 150 subjects, capturing motherhood in its earliest hours through intimate, painterly portraits of new mothers residing in Lewis’ own London borough of Hackney.

From day one, the project was self-selective. Fliers posted all around Hackney invited expectant mothers to get in touch with Lewis if they were interested in being photographed with their newborn. As One Day Young began to gain traction and the calls increased, she started posting the results of her portrait sessions on her website as she went along, in order to give potential subjects an idea of what to expect. Since the choice to be photographed lay with the new mothers, and the archive of existing material was available for research, by the time the photographer and her subjects met, there was already a sense of trust: “We were sort of in it together,” Lewis explained—all the more “because they didn’t have to be.”

Just as initiating the shoots was in the hands of the subjects, so too were the shoots themselves. In Lewis’ fifteen-year experience as an editorial photographer, shooting portraits typically involved a slew of lighting and camera equipment, a team of art directors, stylists and makeup artists, and a preset magazine brief and style to work within. For One Day Young, she came on her own, limited herself to minimal equipment, and relied solely on natural light to make herself as un-intrusive as possible during these private moments she felt so privileged to share in. Moreover, each woman was given the freedom to choose exactly how she wished to be represented within her domestic space. “I never walked in and said, ‘Oh, that dressing gown is a bit too patterny, shall we try something else?’” she said with a laugh. “I just really wanted the women to be in control of their own image.”

Although the selection of subjects was limited to a particular area of London, a decision that the on-call nature of the project made necessary, Lewis was adamant about capturing a fair cross-section of the population, traveling from two-story Tudors to hostels and children’s homes. This was to be a series about Motherhood, not about a certain type of mothers; to make it “classless” was for Lewis of the utmost importance. With each new subject, she felt that her series gained strength, and her sense of personal responsibility was compounded even further with the decision to compile these images into a book, “a solid object that cannot be changed, can’t be adapted – it’s got to be right hasn’t it? Everyone needs to be represented, women in their diverse range of cultures and ages and hierarchies.” She took equal care in selecting the forty images for the book to include women exhibiting all range of possible emotions, from those “leaking out the page with happiness” to others projecting fearful bewilderment, “unsure of what’s coming next.” According to Lewis, One Day Young is not about suggesting “it’s like ‘this’ for everyone,” but rather aims to show that in spite of the life-altering experience the pictured women have just undergone, “they are okay, they are back at home, they are themselves.” It is the physical and emotional consistency between the uncontrived images of these otherwise quite dissimilar women, and particularly the sense of rhythmic repetition engendered by the book form, that interests Lewis.

Central to these images is the raw newness of both infancy and motherhood, and the women’s visible suspension of self as they temporarily inhabit a liminal space between identifying as daughters, sisters, wives and girlfriends, and embracing the role of materfamilias. Lewis expresses her vision of these scenes with empathetic insight:

“There’s this really transitional moment, when you’re neither one nor got your head round the other yet, you’re just working through it and overwhelmed by all of it . . . because all the emotions are larger than life, but somehow the woman finds a way to deal with it. You just see that they’re becoming a bigger person, their whole mind is expanding before your very eyes, this responsibility, this power, this love, that they created this living being is just so much to take on board, and you think of your day to day problems and they’re just so miniscule by comparison.”

By identifying these new mothers as such, the physical act of photographing became, in many instances, a means of facilitating this step across the threshold of motherhood. One of the younger, more vulnerable mothers even wrote to Lewis after their session to say that it hadn’t been until Lewis arrived and instinctively treated her as a mother—having, of course, never met her without child—that the mental shift occurred for her. Standing on her own with her newborn child after her husband and mother had left the room, this young woman who had felt herself a girl, someone else’s child, mere moments before, experienced through Lewis’ open celebration of her maternal power an unexpected rush of acceptance that, in addition to everything she already was, she should now also be a mother.

For those instinctively turned off by the overtly feminine subject matter, Lewis, a self-described tomboy, understands. She hadn’t planned to do a project on motherhood, but with the birth of her second child was also born an anger that this fascinating moment should be not only invisible but seemingly avoided. If you give the series a chance, she urges, letting the palpable intensity of the images take effect, you might find yourself as apologetically riveted as a male art critic who recently reviewed her work; Lewis explained with some satisfaction that after admitting he had argued with his girlfriend over the appeal of the widely circulated images, he found himself forced to challenge his prejudices when half an hour with the series had him hooked. She has faced similar bias in her efforts to get the book distributed in shops, many of which are run by men who see the title and immediately dismiss it. “Each step of the way, you’ve got to battle that this imagery isn’t in our popular culture, but why is that? Why is it not there?” she asked. “A lot of the time, it’s because the people that put the imagery out there are not interested in this sort of imagery. . . So I’m going to try to make sure I get the series in some quite male environments, magazines, and blogs, to make sure it’s not avoided by half the population.”

One Day Young by Jenny Lewis is published by Hoxton Mini Press, £12.95 available from www.hoxtonminipress.com. 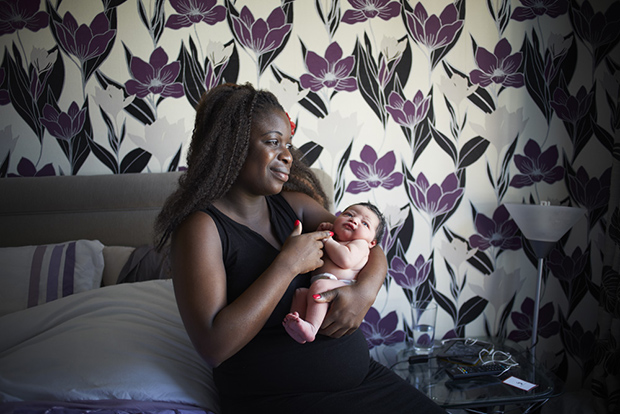 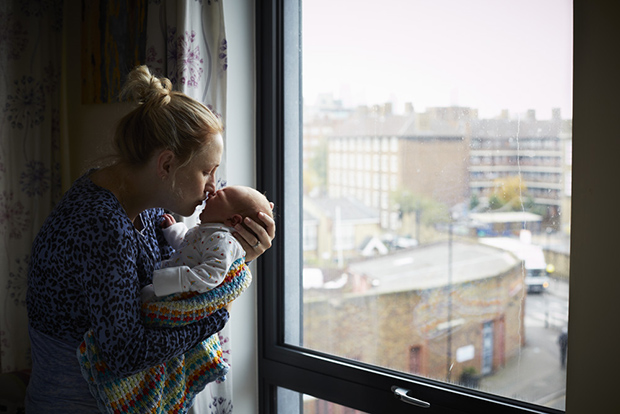 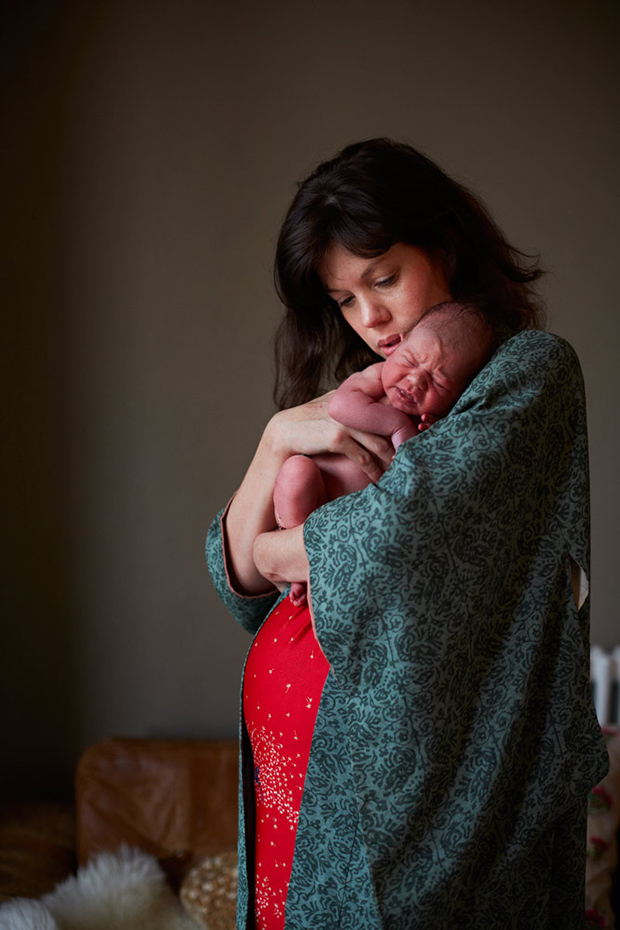 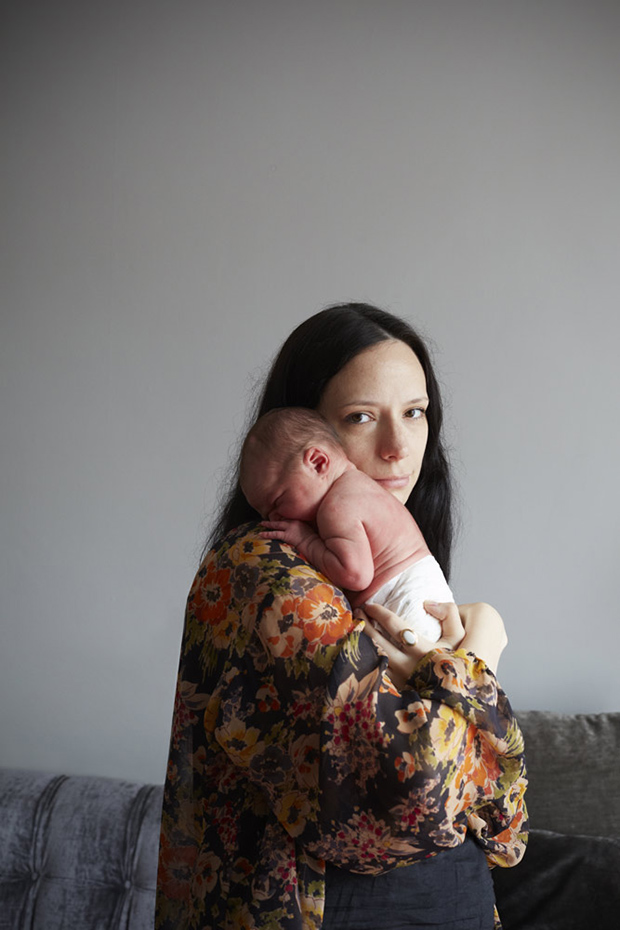 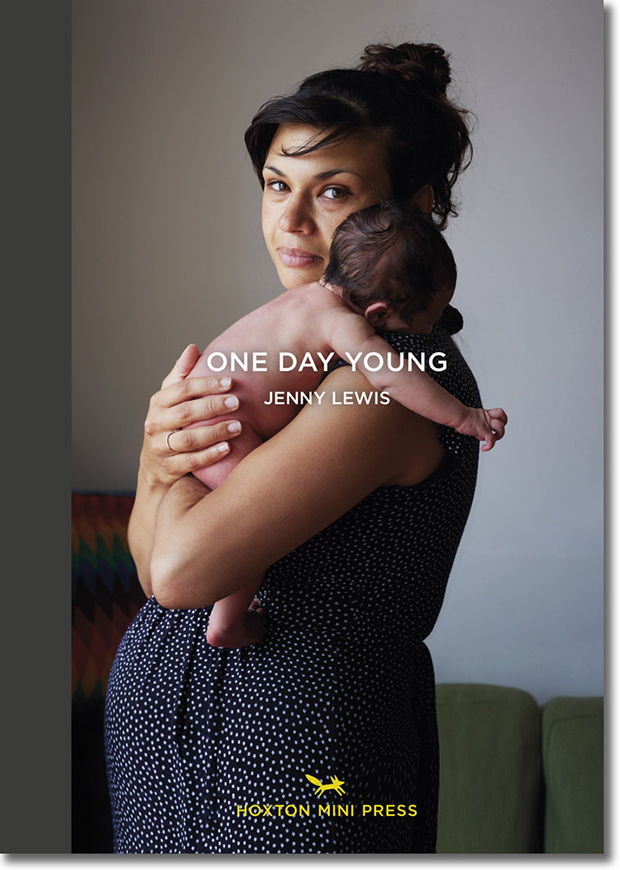