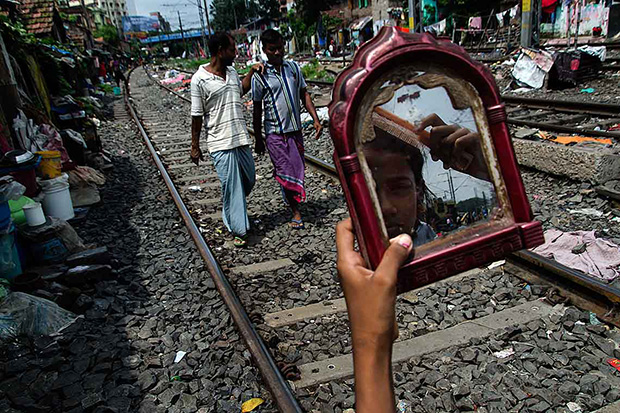 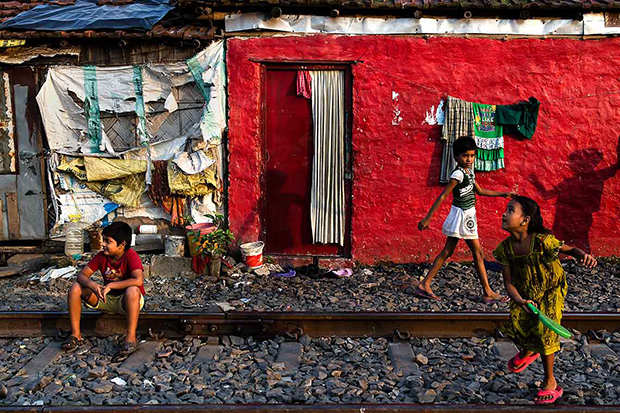 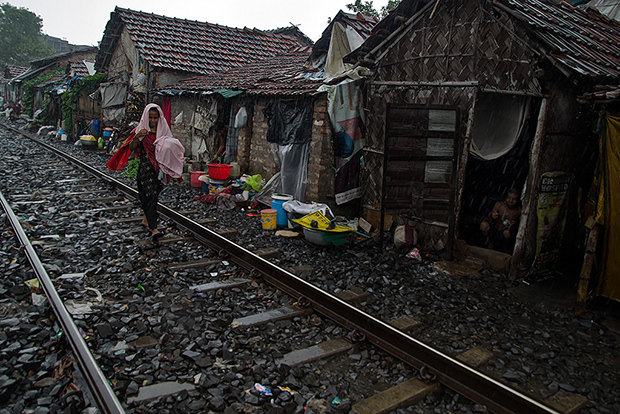 For Life and Lines, Kolkata-based photographer Debosmita Das documents daily life in an illegal slum that runs along an active railroad track, through which trains pass a mere foot or two from makeshift shelters at intervals of ten or twenty minutes.

The photographer first discovered the shelter on route to work, and over the years, she has borne witness to the astronomical rate at which it has grown. As Kolkata has become more and more urbane, she explains, the population and housing costs have skyrocketed, leaving people adrift in the throes of poverty. Although prohibited by law, areas like the railway community are filled to breaking point with people, forcing large families to live within the confines of small shelters and encampments.

Compelled in part by the inactivity of government agencies, Das recognized that the story of these people needed to be told, lest their dangerous living conditions remain hidden from the public eye. The residents of the slum, she notes, work mainly in markets and shops in town. In order to keep their jobs within the expensive and often unaffordable city, they have made homes along the tracks.

One of the most harrowing aspects of living in these domiciles, says the photographer, is that in order to carry out routine household tasks like cooking and cleaning, the people must venture out into the center of the tracks. Although it is difficult to find any official statistics, Das reports that several inhabitants have been injured, and many have had near misses. From what she has heard, no one has yet been killed by a passing train, but the possibility is one that is very real, looming over the community.

The residents of the neighborhood welcomed Das into the community, and over time, she has forged a familiar bond with the place. Although local agencies have made steps towards securing more livable housing, many of their attempts have fallen through in the wake of political disputes. These days, some non-governmental organizations are providing healthcare and education to the children living along the tracks. One of the biggest hurdles, suggests Das, is bringing awareness to the issue, which has been allowed persist and grow invisibly for years. 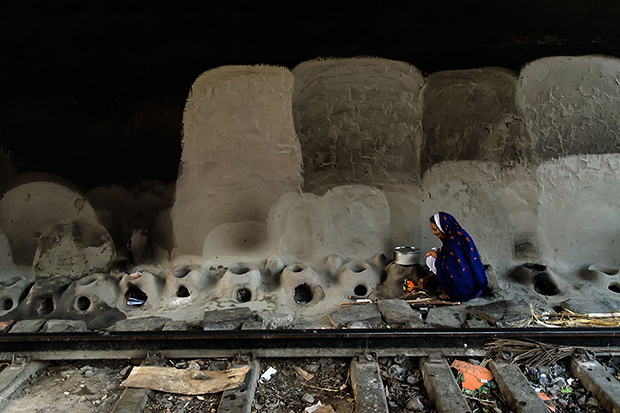 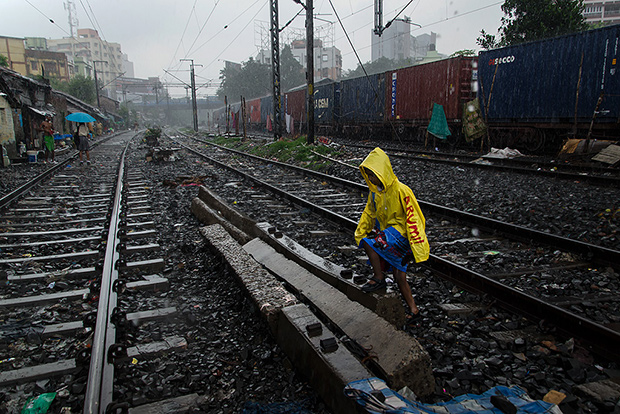 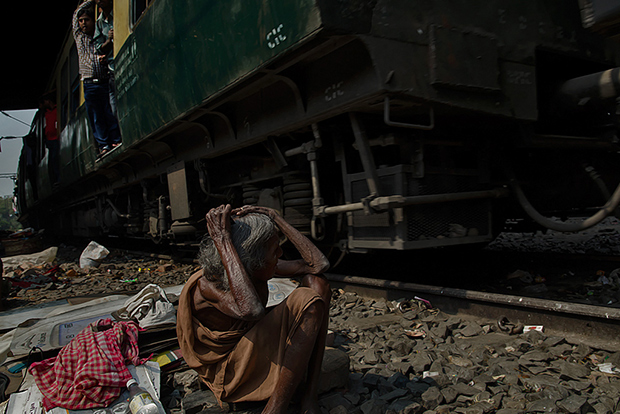 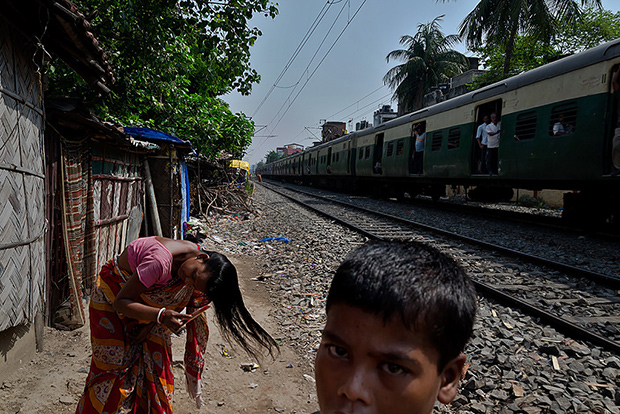 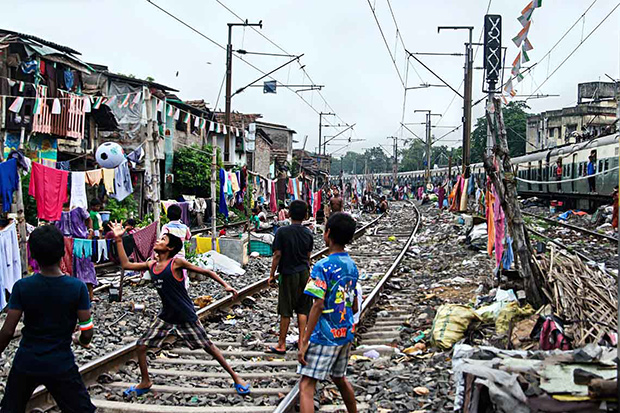 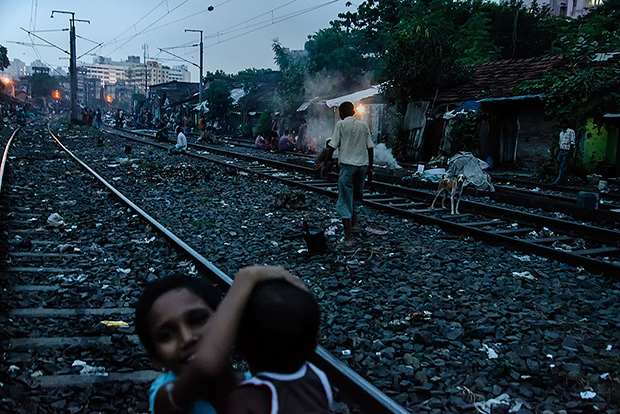 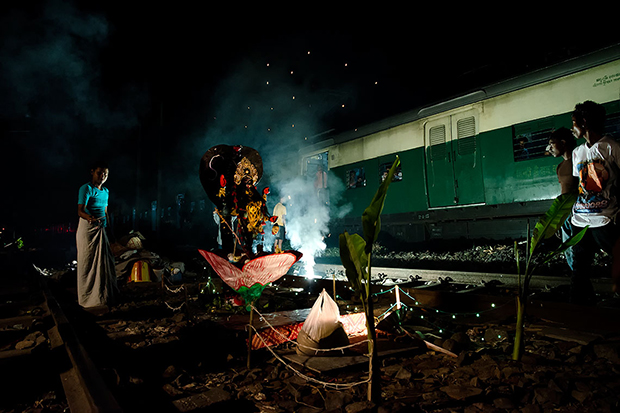