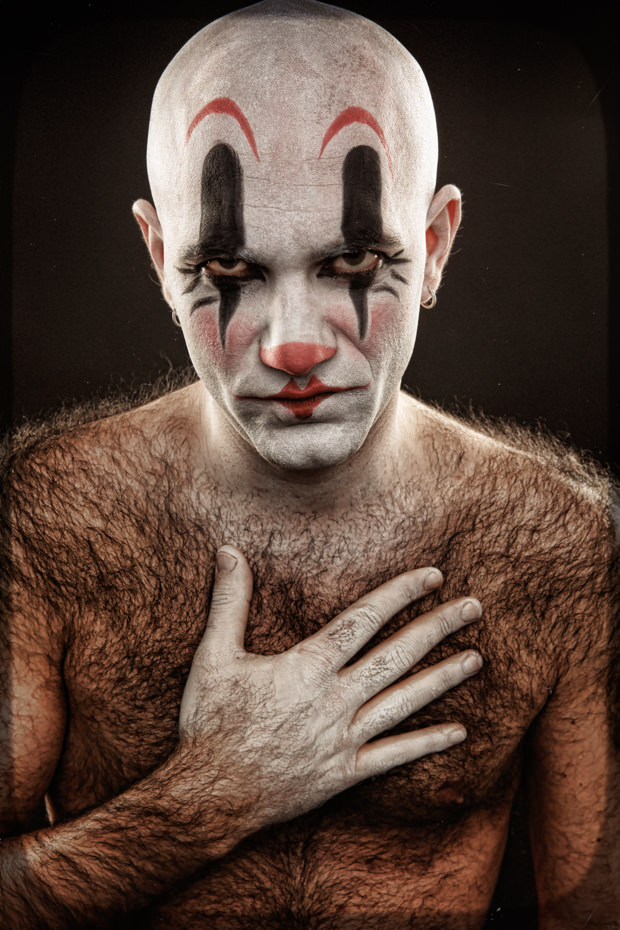 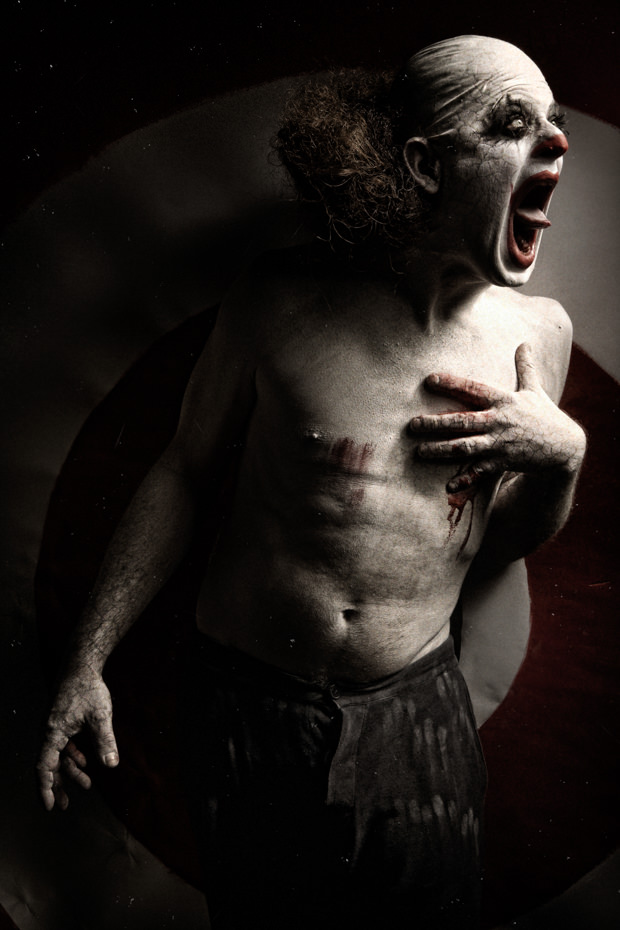 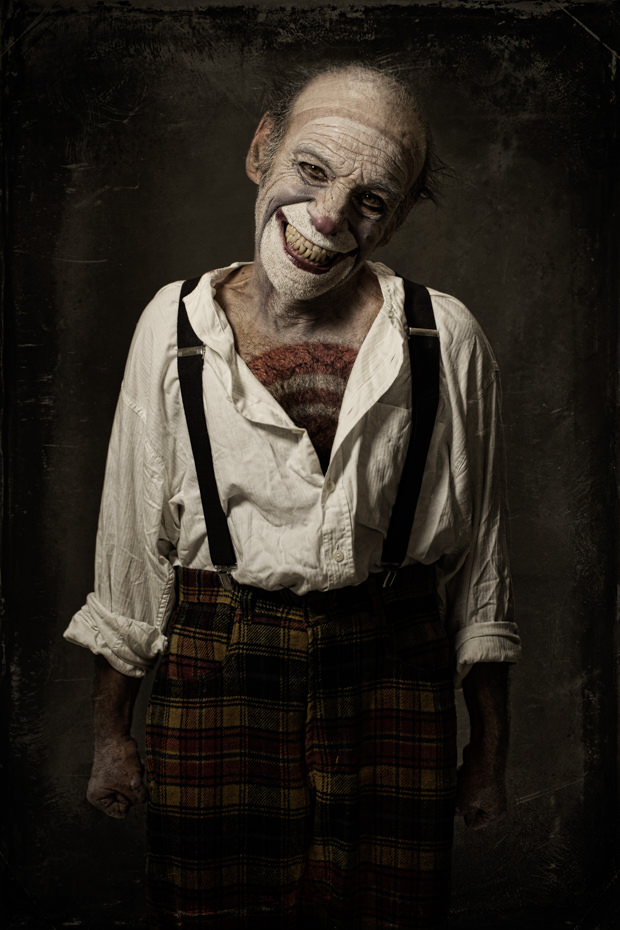 For Clownville, Rome-based photographer Eolo Perfido constructs an underground realm ruled by jesters and fools, grotesque humorists that he admits no child would ever hope to encounter. Here, the whimsical facade of funny business is stripped away to reveal the monstrous manifestations of human fear, heartache, and prurience.

The project, explains Perfido was influenced in large part by silent film stars like Buster Keaton and Charlie Chaplin, who used their bodies to exaggerate emotional truths that could not be conveyed through speech. For the artist, clowns embody the universal yearning both to entertain and to be entertained, to conceal our insecurities beneath a disguise of wit and merriment.

With the help of makeup artist Valeria Orlando, and after researching books on real-life clowns, Perfido undertook the task of outfitting anyone from actors and colleagues to family and friends with false faces, allowing them to inhabit each ghoulish character before shooting them at home or in studio. While each scene was carefully staged, the photographer notes that the most incisive images were conceived in instants of improvisation and spontaneity. Professional and amateur actors alike, he notes, easily took to their roles, freed by their disguise to express melodramatic—and yet somehow authentic— moments of hyperbolic sentiment.

Ultimately, the clowns’ menace lies in their vulnerability, their depravity in their humanity. As the joy of childhood is amplified to become a perverse mania, playfulness comes unhinged, and we find ourselves face-to-face with our own forgotten traumas, repressed and primitive appetites, and we are awash with the anxiety of alienation. Says the artist, “Innocence is lost in Clownville.” 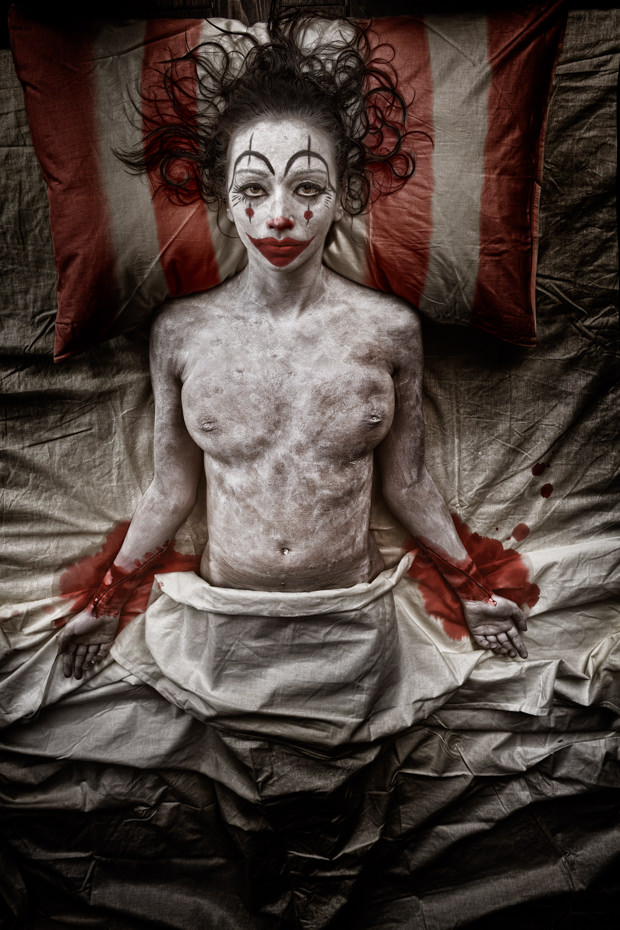 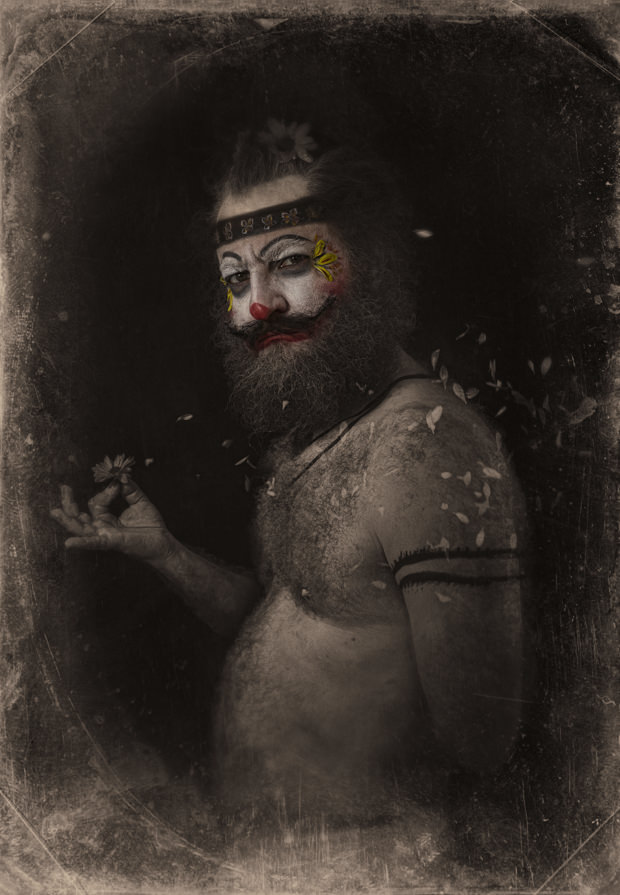 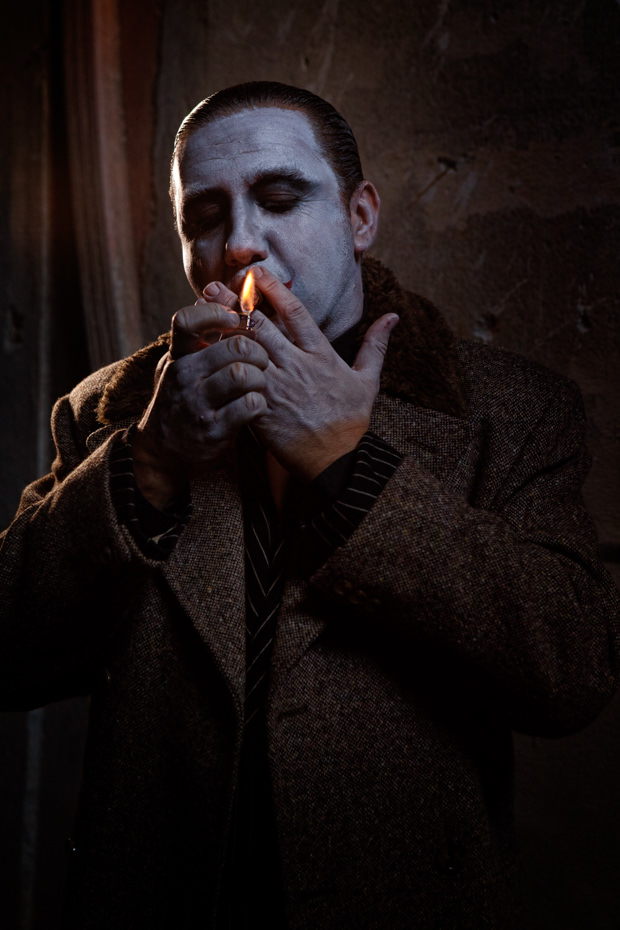 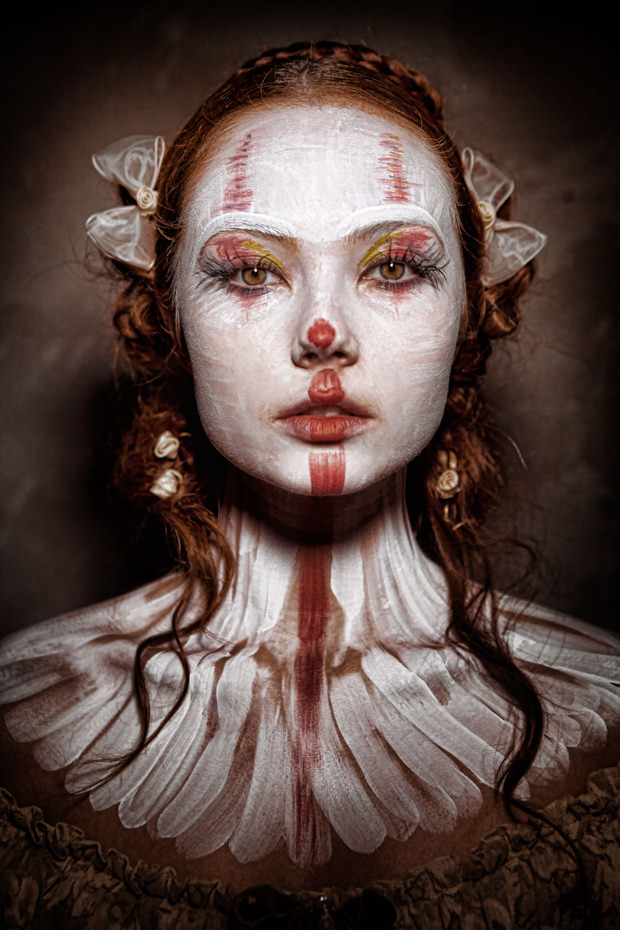 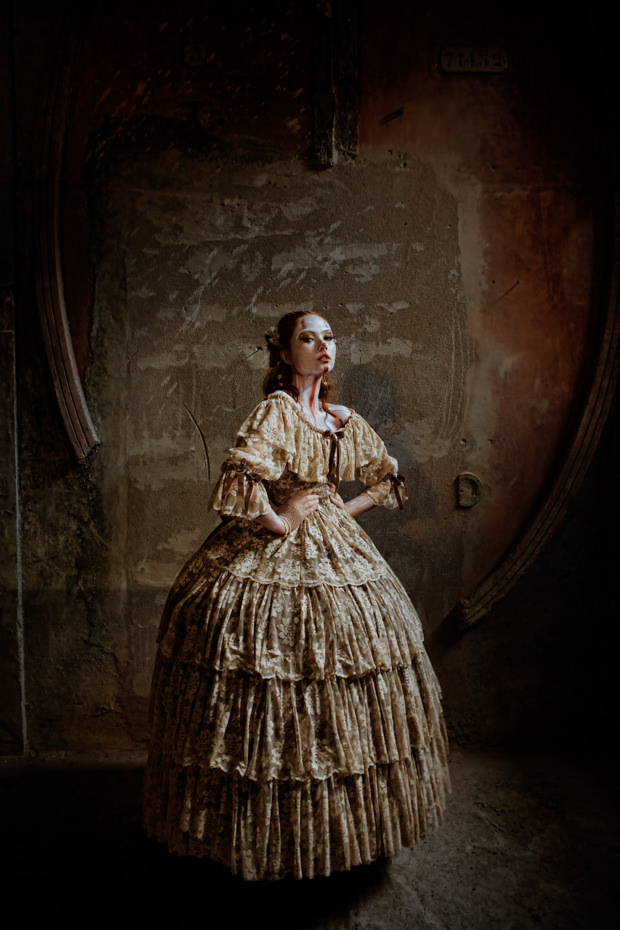 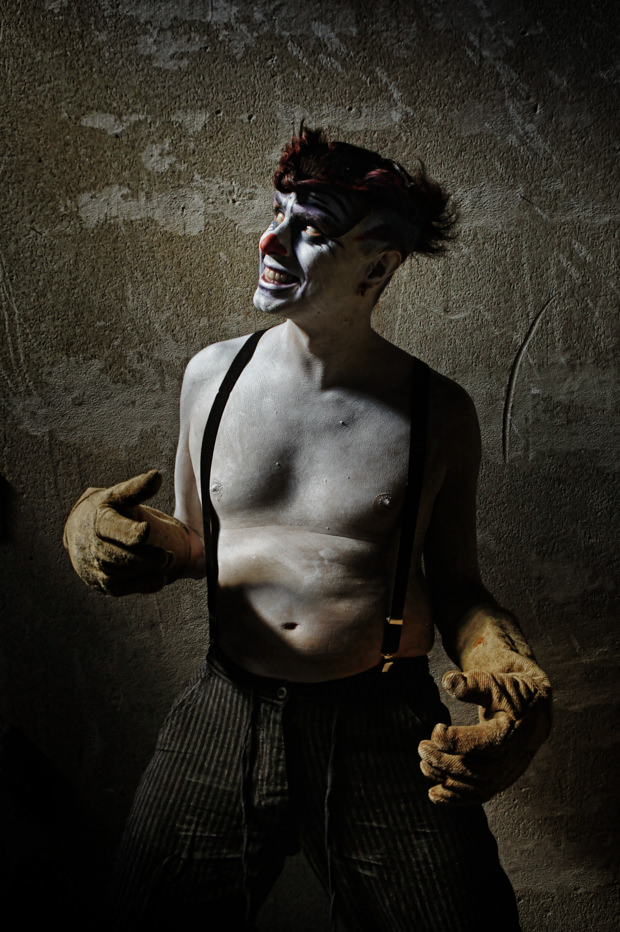 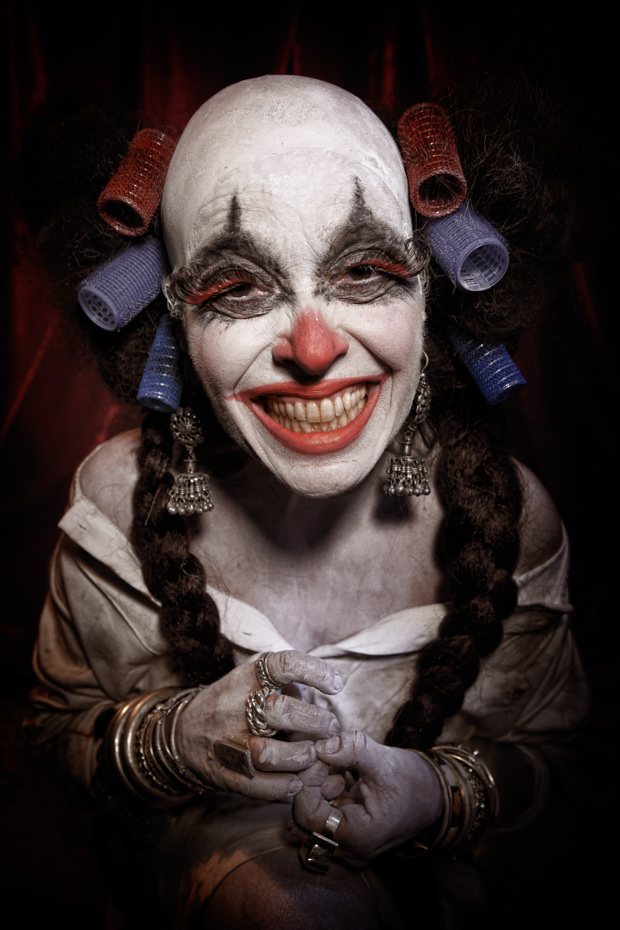 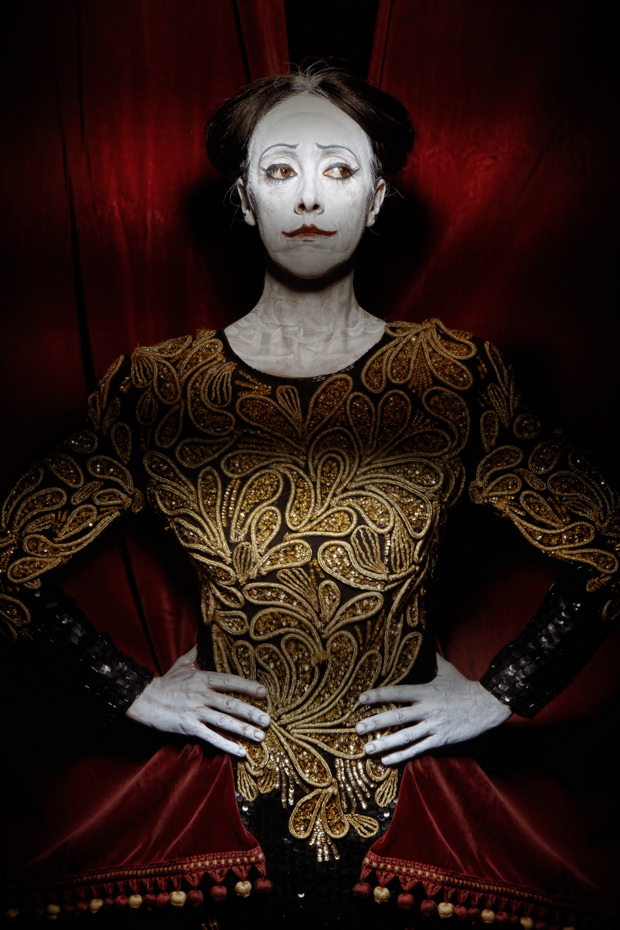 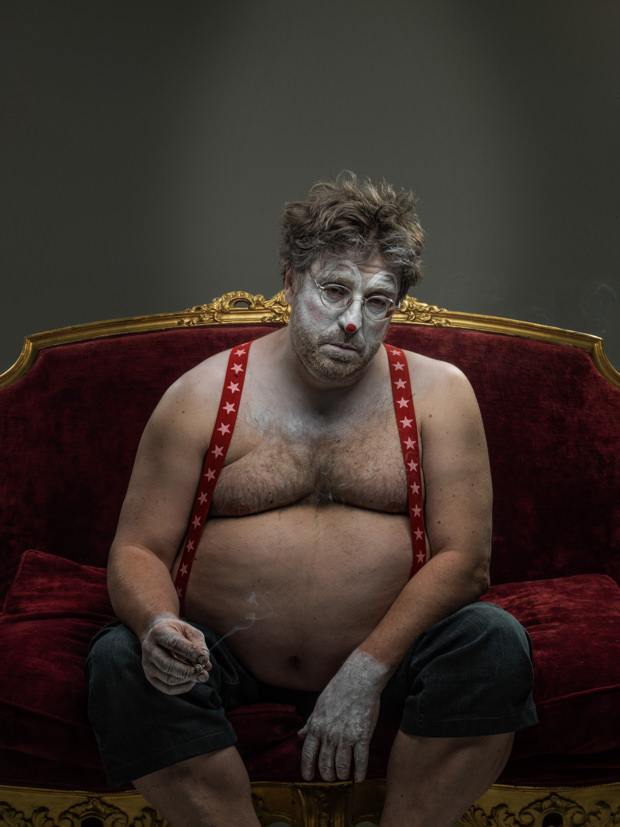 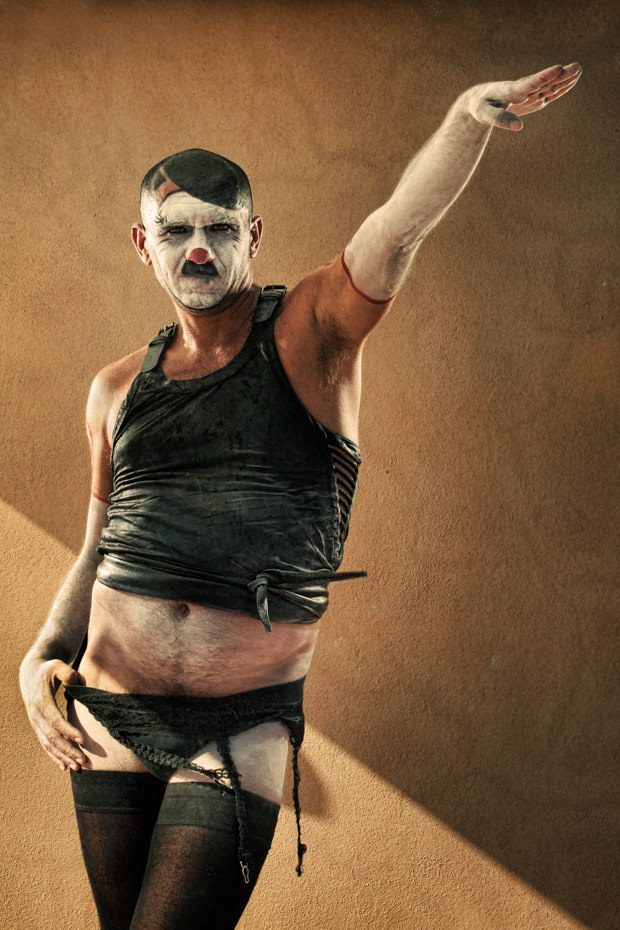 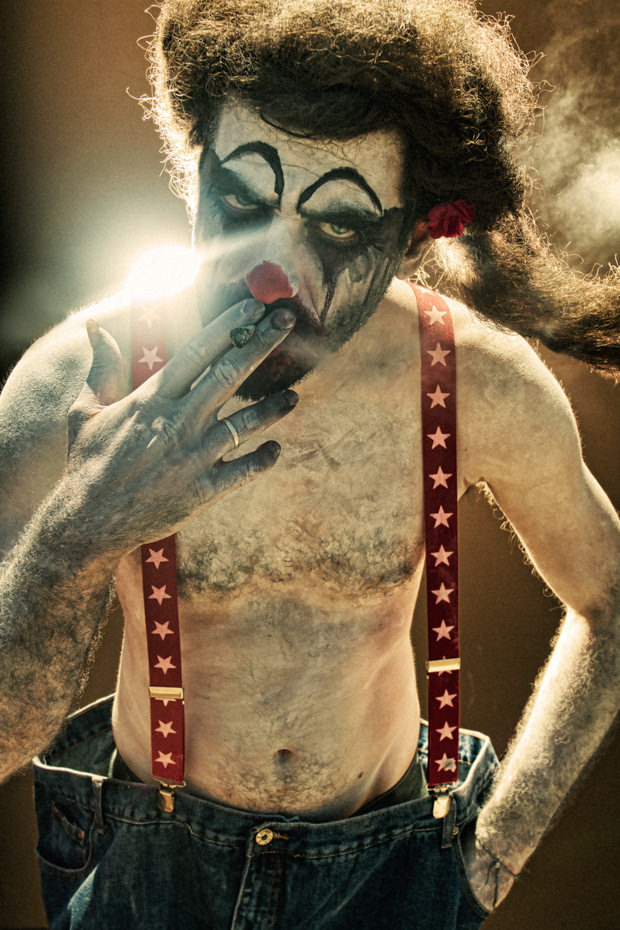 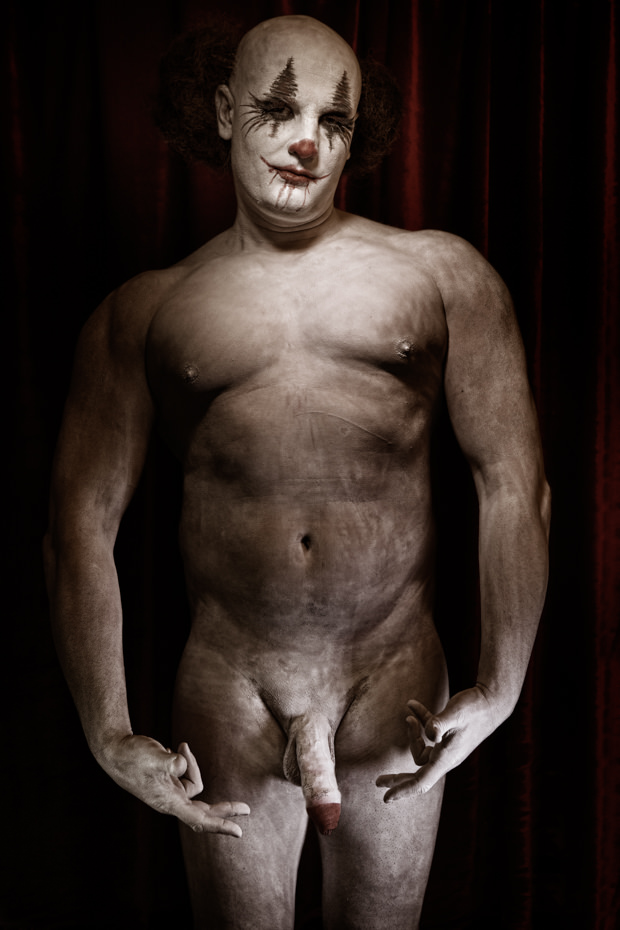 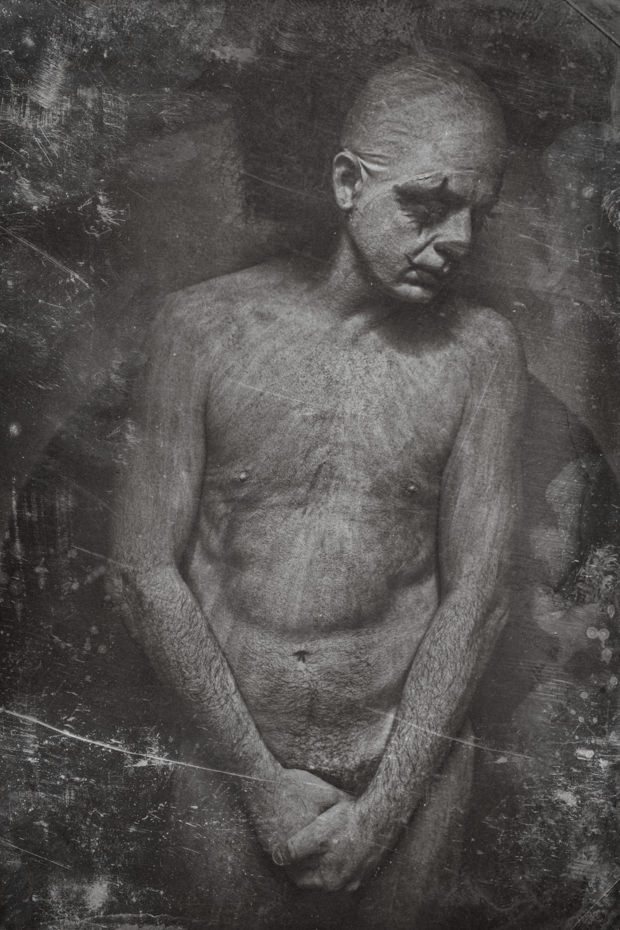 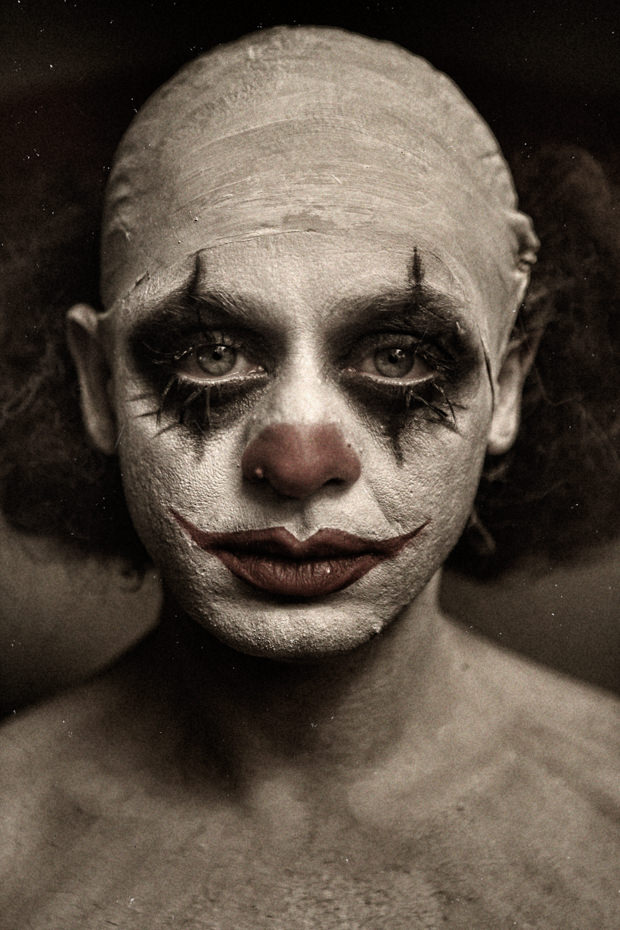