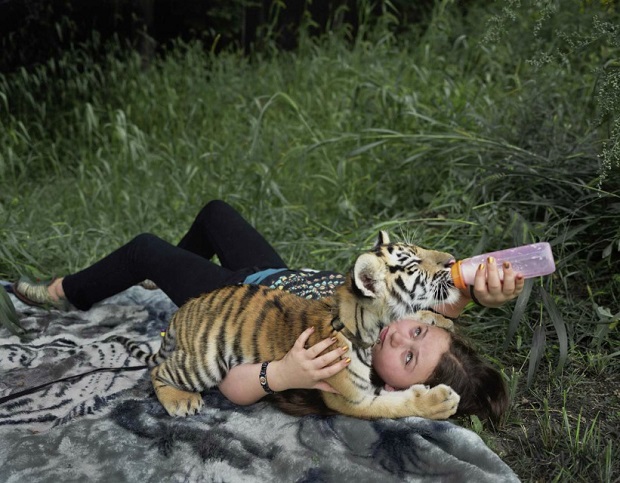 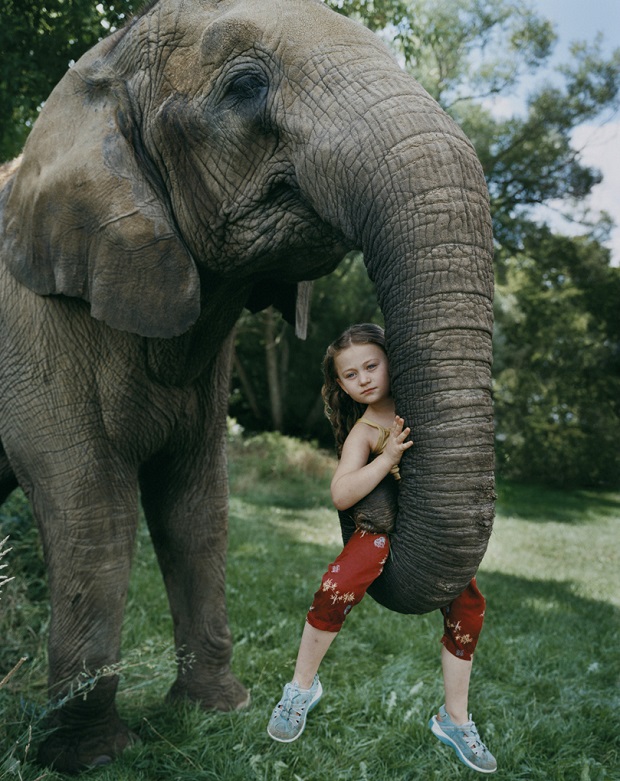 I was so happy to receive my copy of Robin Schwartz’s new book, Amelia & The Animals, in the mail a few weeks ago. Schwartz, based in New Jersey, began making pictures of her daughter, Amelia, with animals over a decade ago. I have returned to the series again and again over the past few years, never ceasing to draw inspiration from the beautiful, moving images of Amelia interacting with various kinds of exotic (or simply exotic-looking) animals.

Schwartz’s pictures illustrate so many pertinent themes, from the connection between humans and animals to the innocence and curiosity of children to the feminine presence in the natural world. Something about the photographs that always catches my attention is Amelia’s calm expression and gentle demeanor. Even as a small child (the earliest photos in the book picture Amelia at age 3), it is apparent that Amelia understood the reverence in her experiences with animals, often collaborating and now working on the photographs as a partner with her mother. She is never seen provoking the animals or even screaming in delight as other children might, but instead appears as a tiny woman connecting with the creatures’ souls in a saintlike way. Zimmerli Art Museum curator Donna Gustafson writes in the book’s essay, “these photographs whisper of lost intimacies and half-remembered myths.” Perhaps it’s the “palpable sense of loss” that Gustafson mentions, loss of a relationship between humans and animals, that I pick up on in Amelia’s graceful composure. As she ages throughout the book, Amelia becomes a wise, elegant shepherd of animals. I find myself forgetting the girl in the pictures is a high schooler.

Amelia & The Animals is available from Aperture. A Kickstarter campaign helped make the book possible. 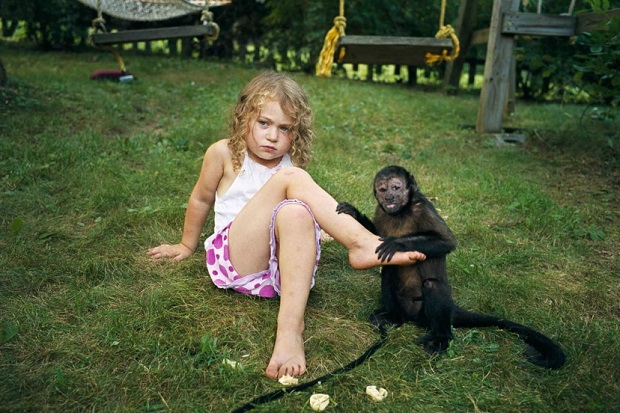 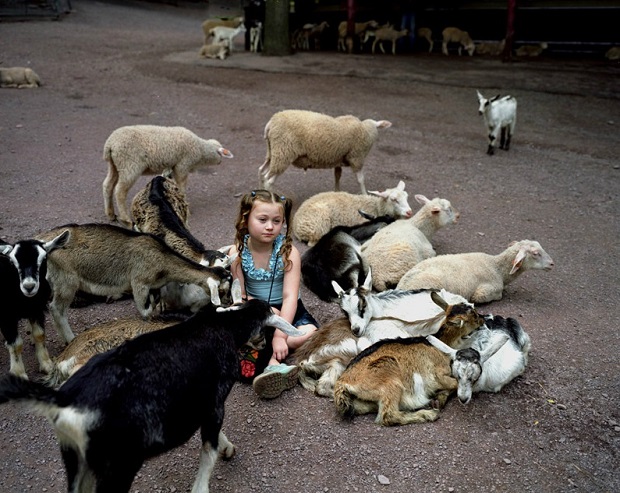 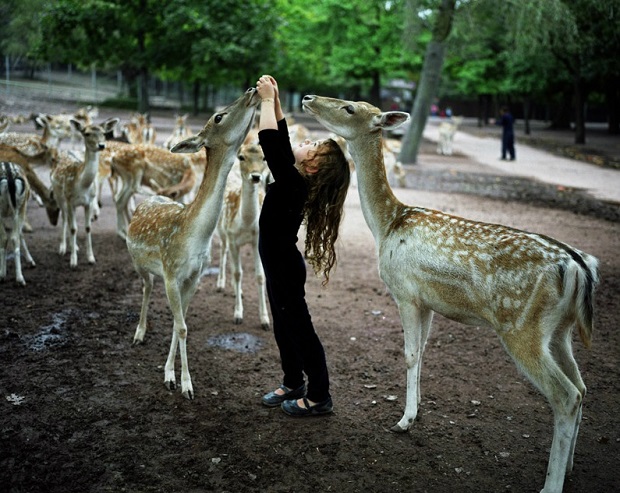 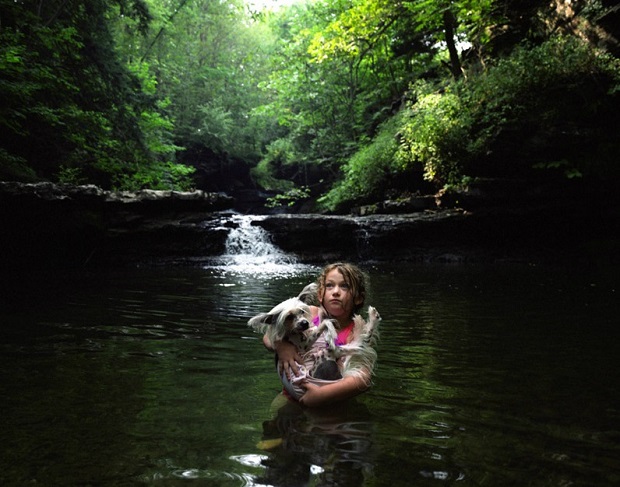 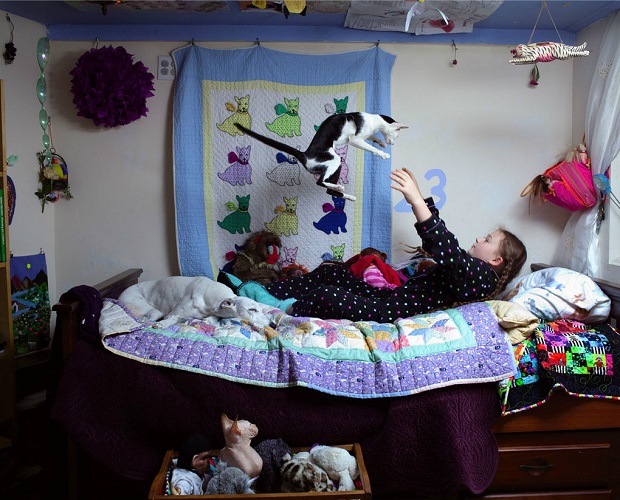 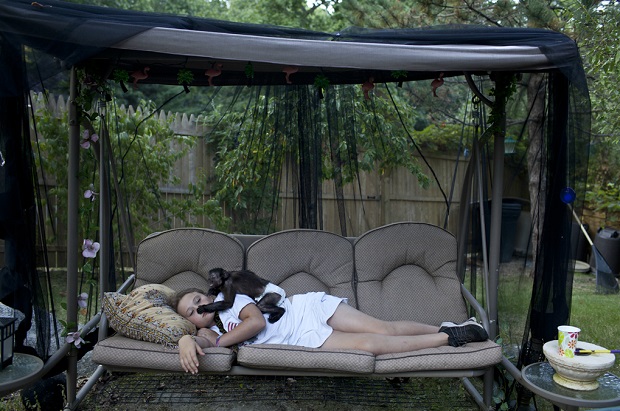 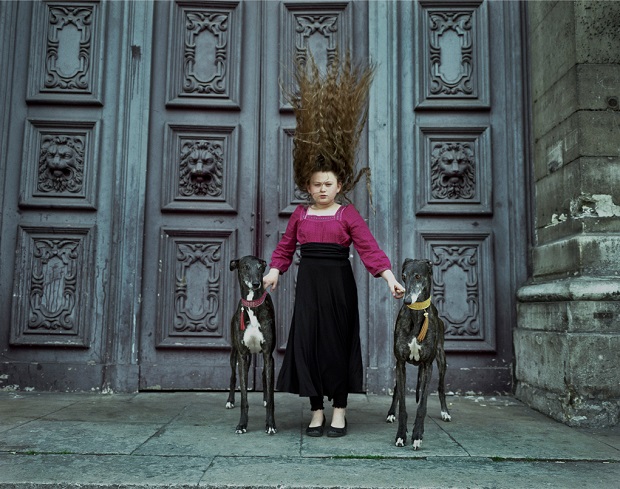 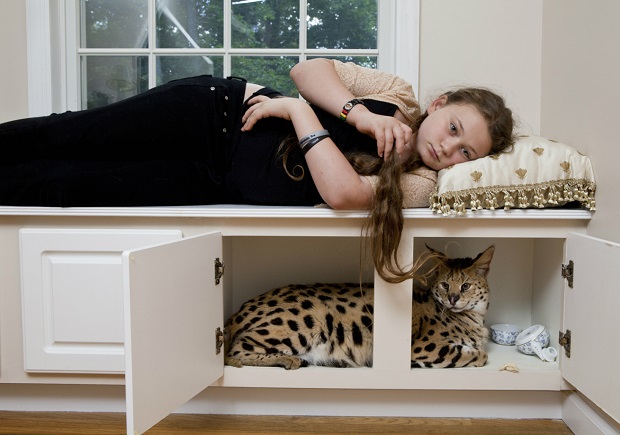