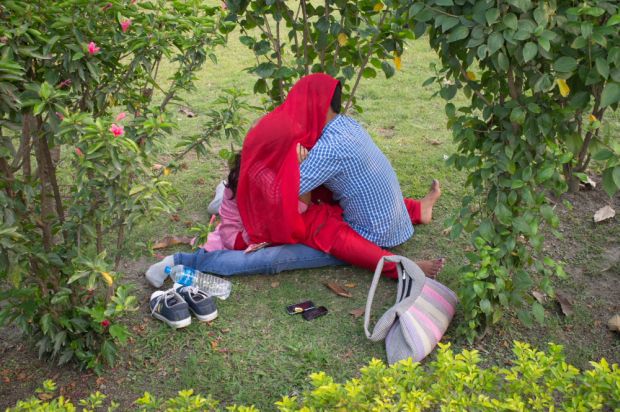 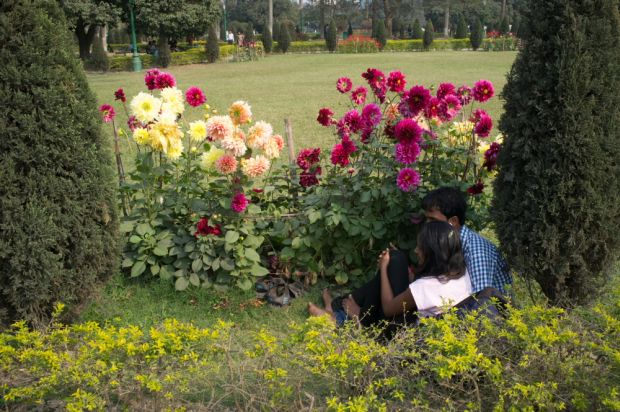 In India, public canoodling is not only frowned upon but punishable by law, with snogs and embraces deemed obscene by passersby eliciting fines or as many as three months in jail. In many places, a stolen kiss is a rare sight. During his months-long stay in Kalkata, Bucharest-based photographer Dorel Frumusanu observed such endearments only on one day of the year: Valentine’s Day.

As the photographer made his way through the parks bordering the Victoria Memorial, he found the bushes trembling the unexpected frissons of love, glancing young couples sequestered by the knotted branches or pieces of fabric. Setting his wide angle lens on the clandestine lovers, he preserved these small yet significant moments of defiance and courage. Valentine’s Day and the public displays of affection that come with it, notes Frumusanu, have attracted threats of violence from Hindu extremist groups who see the holiday as a Western celebration that degrades the faith of young people. This kind of violence is often gender-based, targeting women whose actions have been perceived as immodest. In some ways, these amorous pairs, though their identities are obscured, are ushering in a new era and marking a generational shift.

Frumusanu chose to narrate the story unfolding in these the intimate and forbidden scenes despite the risk of getting caught. One woman, he says, witnessed and confronted him but was comforted when she realized that her face had not been shown. Beneath Frumusanu’s gaze, the sweethearts remain anonymous but conspicuous, the power and conviction of their ardor paradoxically made more obvious by concealment. 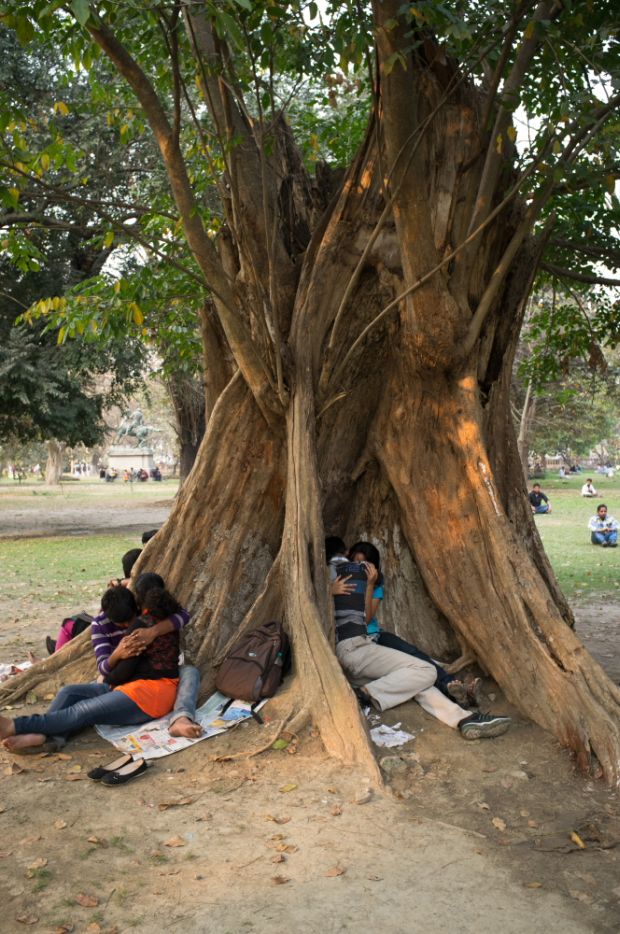 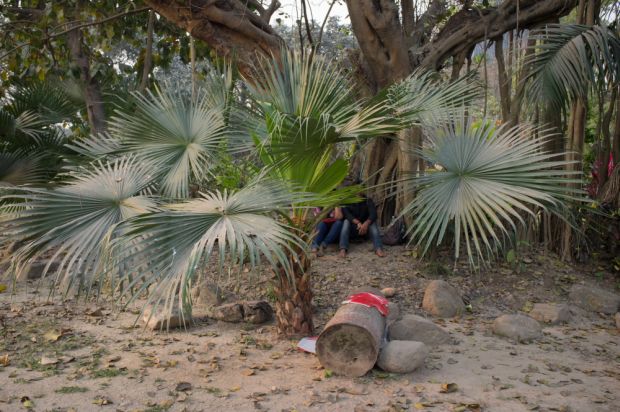 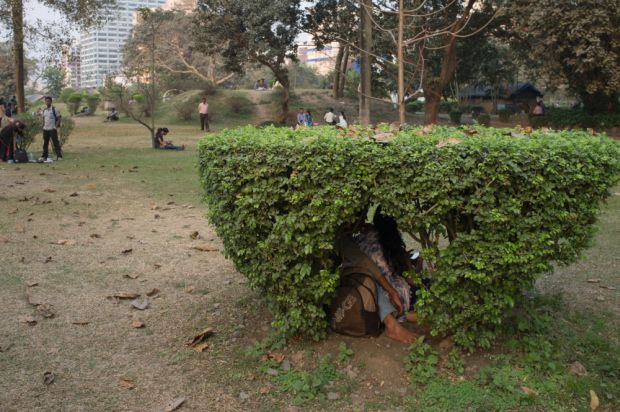 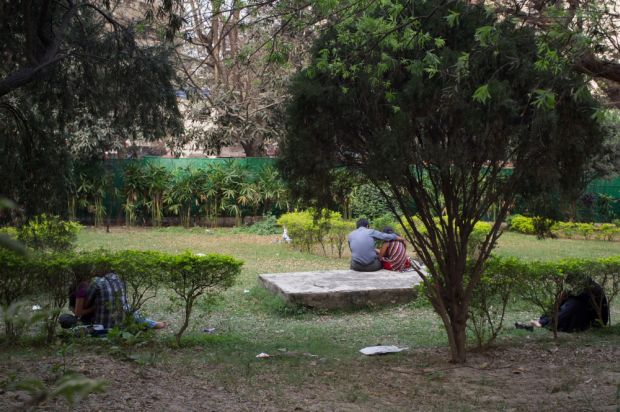 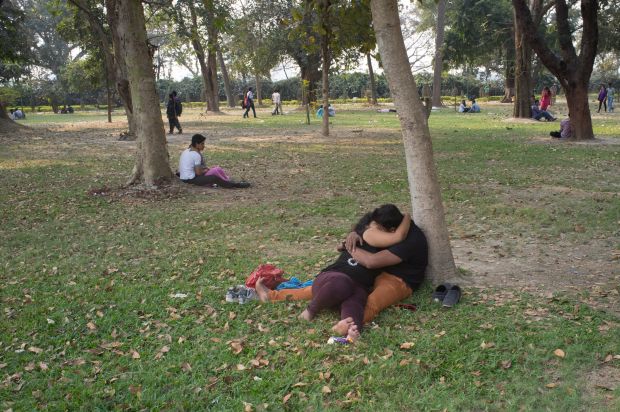 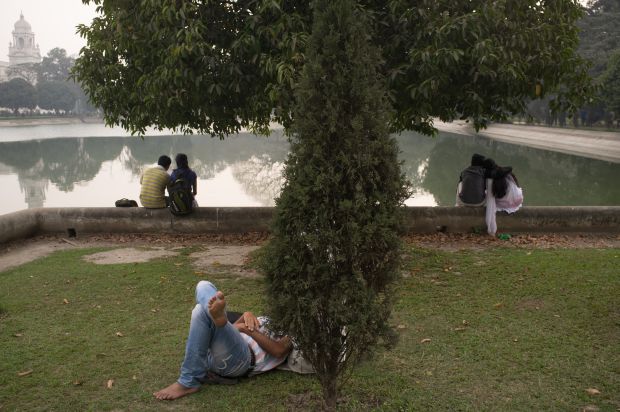 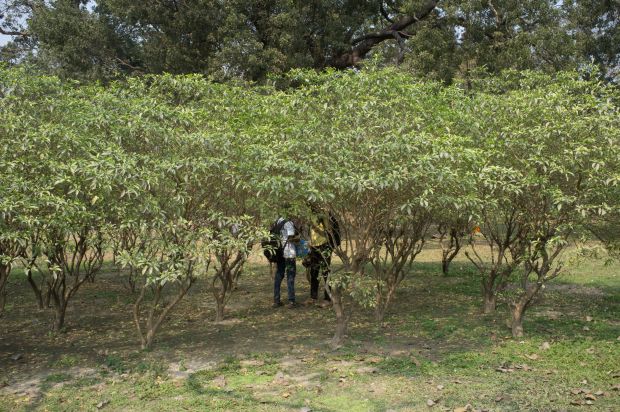