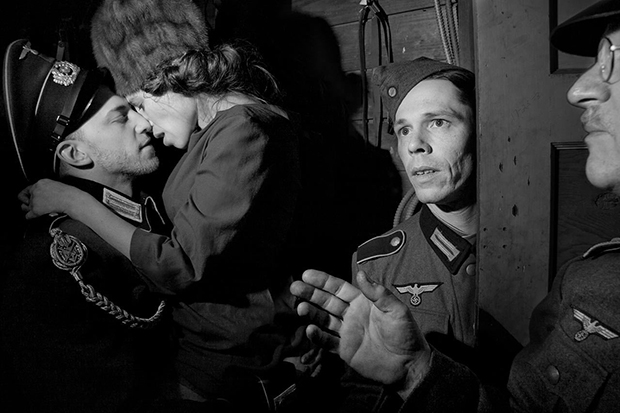 The Crevasse of the Reich, photograph by Marisha Camp, 2011 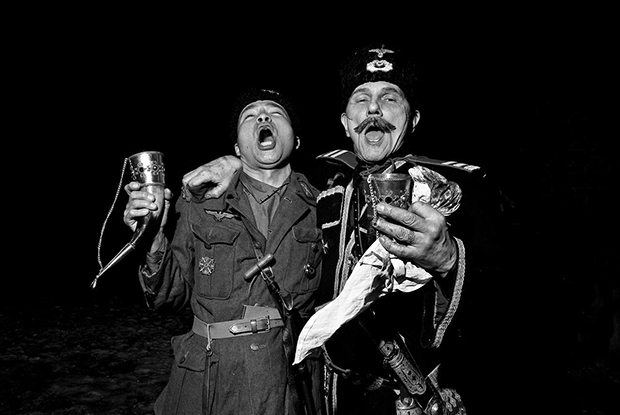 For Targets Unknown, Los Angeles-based photographer Stacy Kranitz inserts herself into the world World War II reenactment, inhabiting the role of Nazi propaganda filmmaker Leni Riefenstahl. In mimicking this woman, a figure for whom she feels both abhorrence and affection, she unpacks the nebulous—and often disturbing— ethical region that lies between good and evil.

Kranitz, together with her collaborator Marisha Camp, first discovered WWII reenactment through the latter’s history and contacts within similar Civil War events. After conducting online research, they settled on visiting a days-long Battle of the Bulge event, located at the Fort Indiantown Gap training grounds in Pennsylvania. For Kranitz, the intention was not to scrutinize, judge or alienate her subjects, but to become one of them, and Riefenstahl, with whom she had been fascinated since girlhood, become her ticket into the fold.

The photographers’ experience, like the images that manifested from it, were often contradictory and uncomfortable. Although the duo formed friendships with many of the re-enactors, whom Kranitz describes as “wonderful kind-hearted men,” their cameras did draw some mistrust. After perusing a reenactment message board, Camp and Kranitz discovered that some believed them to be spies for the Israeli intelligence agency Mossad.

Kranitz, who is Jewish, recounts a moment that unfolded within a “French occupied café,” where a trio of men armed and outfitted as the Gestapo drew randomly-selected patrons— or “accused Jews”— outside to be “killed.” When she was selected as a Jew, a few men with whom she was sitting interjected, suggesting that she be recast as a “Gypsy whore” in order to avoid potential insult. The moment, though difficult, effectively bridged the gap between reality and fiction, breaking through the security of role play to reveal something undeniably authentic.

Targets Unknown ultimately exists within this middle ground between truth and falsehood, between history and make-believe. An internet search for images from the time period recalls these new reenactment pictures alongside archival photographs preserved from the war, notes Kranitz, and as time passes, history is transformed by our own flawed perceptions. The project, explains the artist, is designed not to rectify the injustice of the past but to navigate those slippery boundaries that separate right from wrong. For this reason, she says, she “played along,” even when that meant “slowly slumping to the ground when the Gestapo aimed their machine guns at [her].” 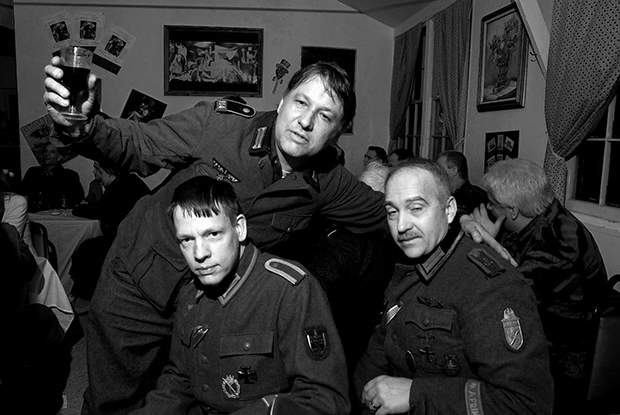 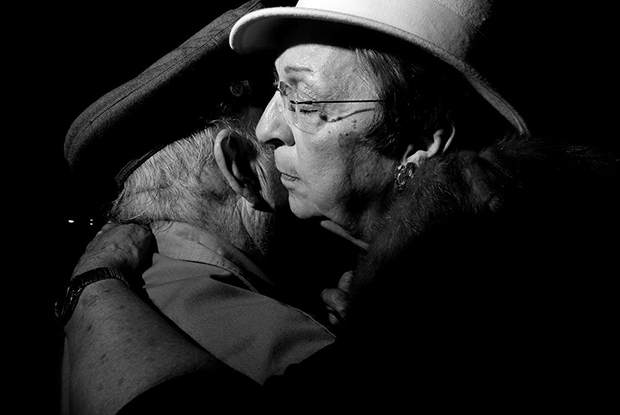 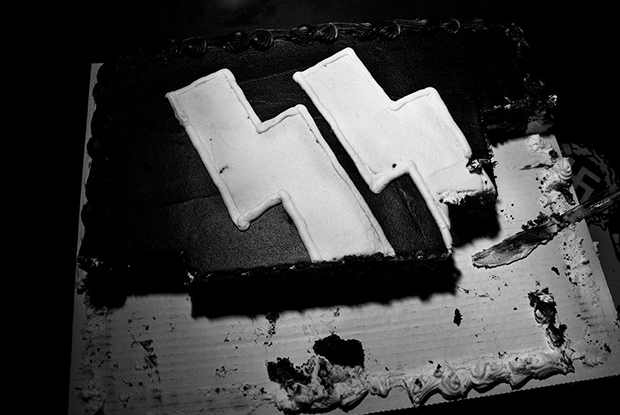 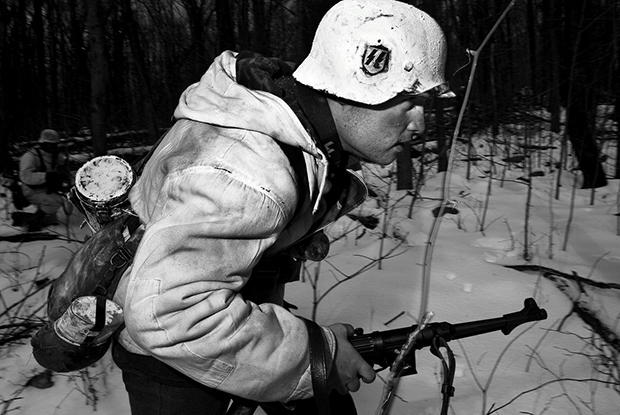 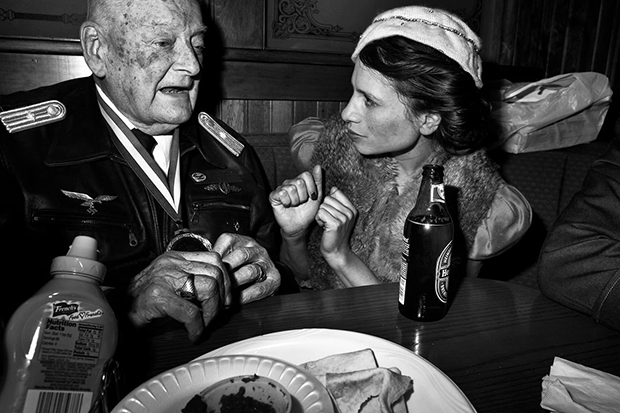 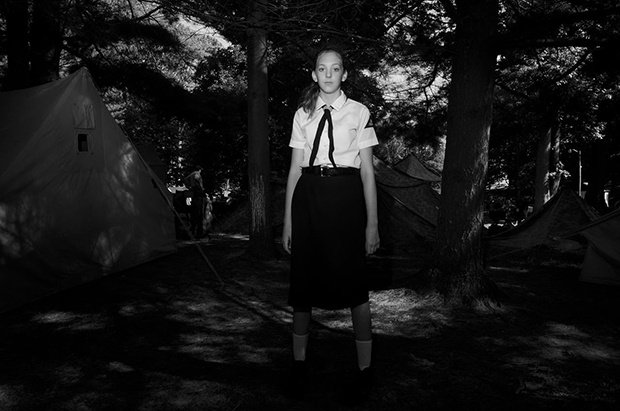 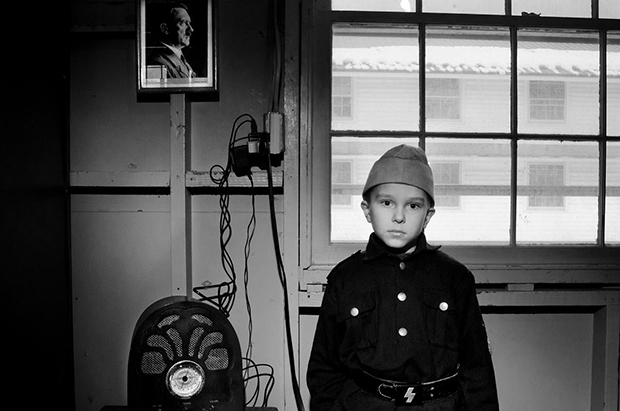 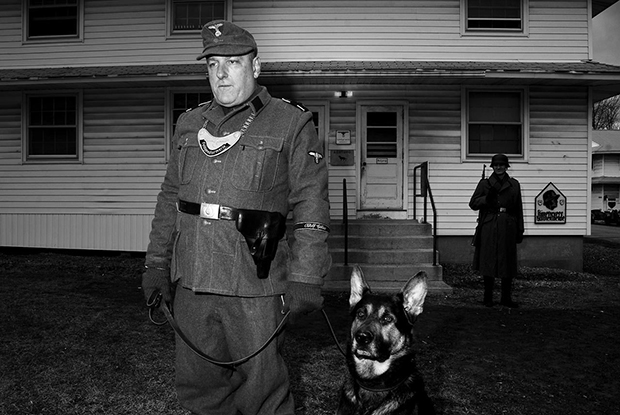 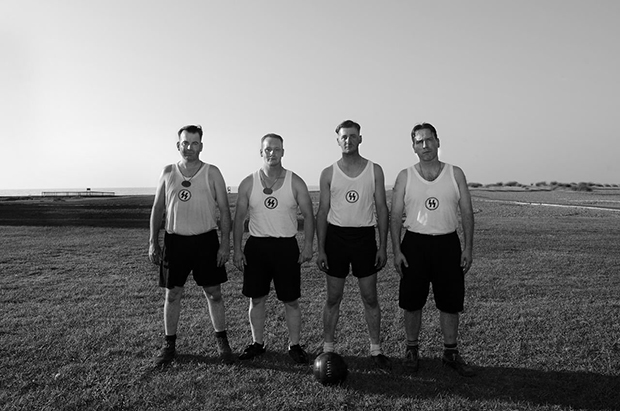 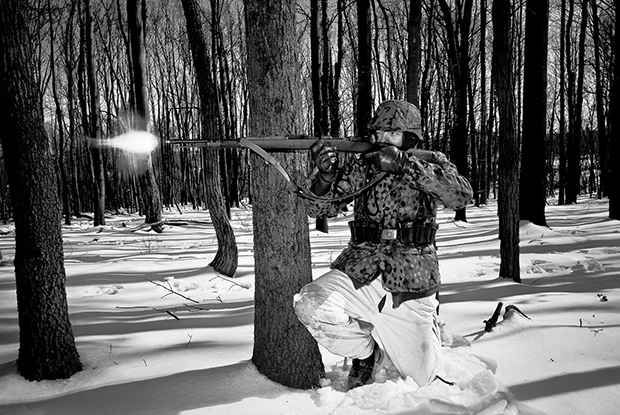 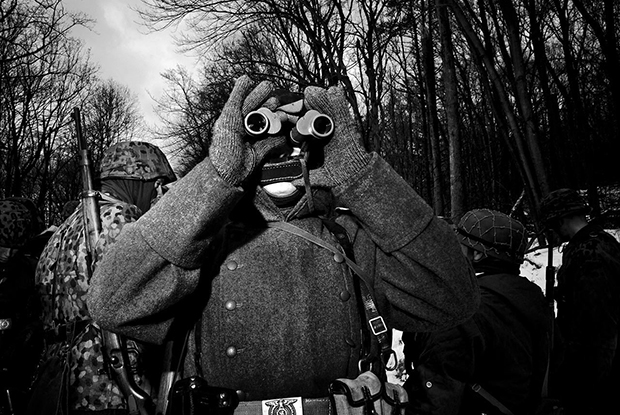 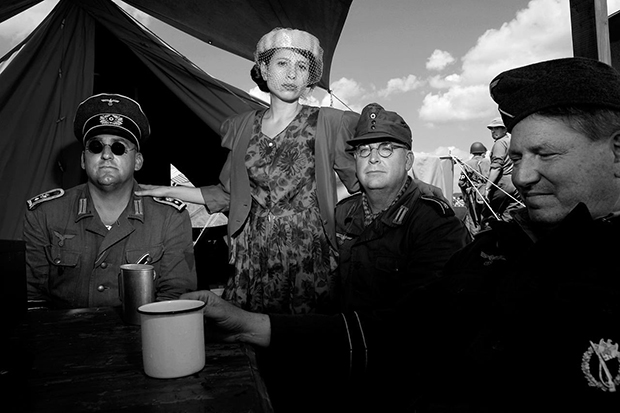 Riefenstahl On the Frontlines, photograph by Marisha Camp, 2009