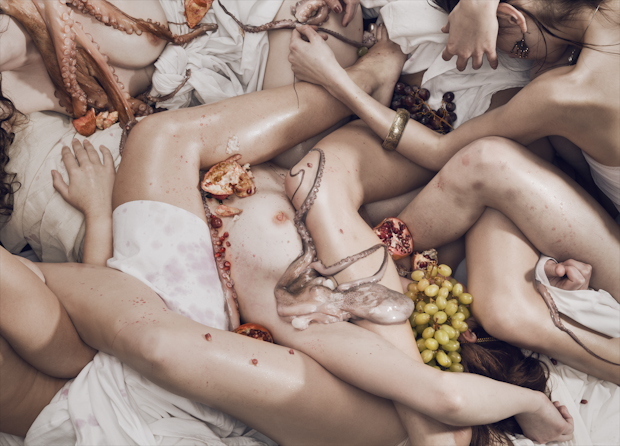 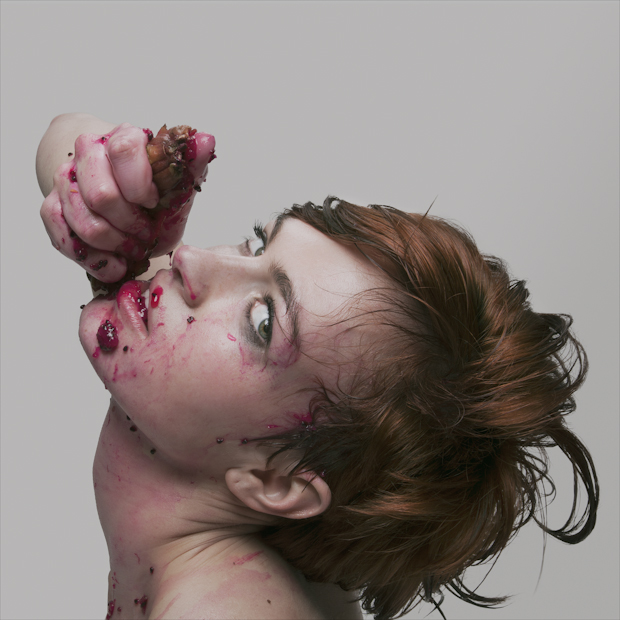 Here, the sensual enters the realm of the divine, and like ancient Greek maenads overtaken by desire and drunkenness, Kyselková and Támová’s subjects become martyrs to pleasure. Ultimately, indulgence turns to violence, leaving its victims stripped, exhausted, and tragically unfulfilled. In holding a mirror to the grotesque in human behavior, the artists also issue a potent warning against the dangers of hedonism.

To foster a sense of inhibition, Kyselková explains, the duo collaborated with friends, classmates, and models they knew previously. Although the project was messy and the studio smelled of thawing octopus, which they had purchased frozen from the grocery store, all eventually surrendered to the chaos of the shoot, permitting each luxuriant, savage moment to unfold organically. 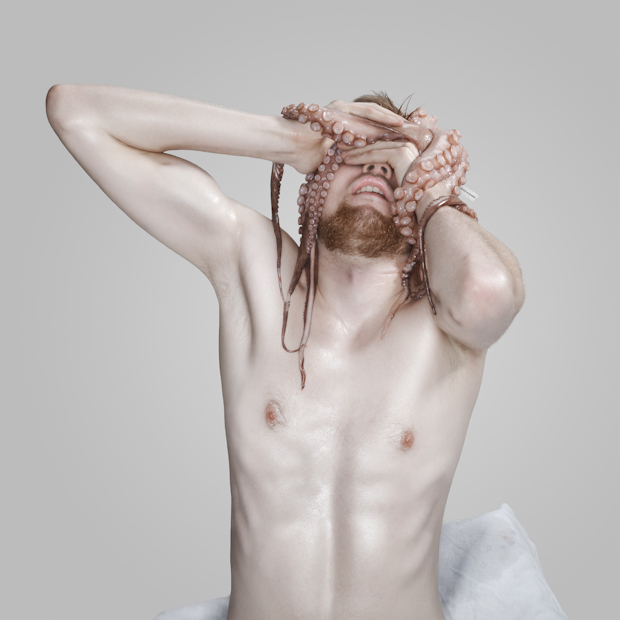 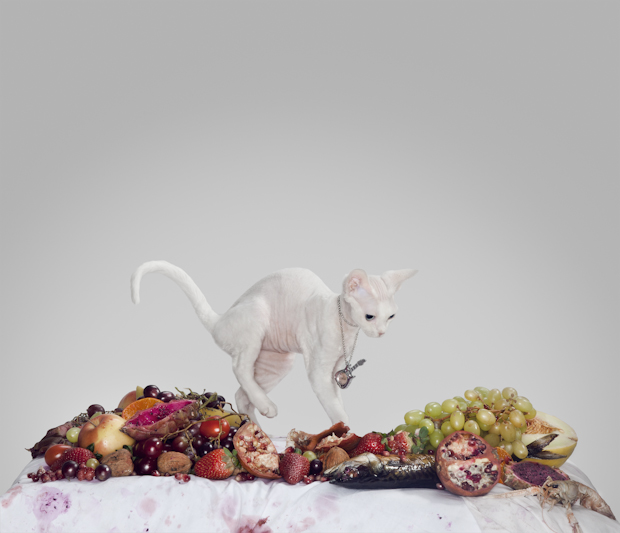 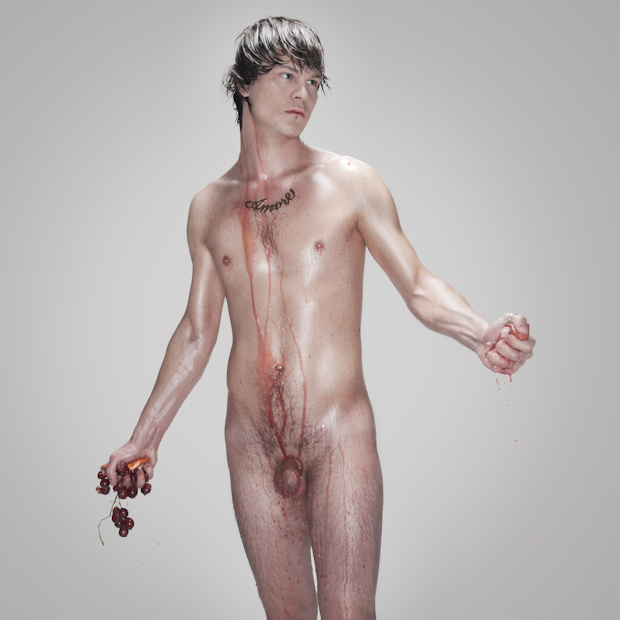 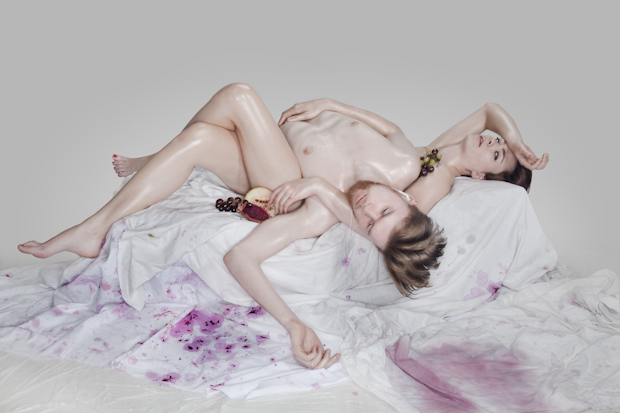