Raw and Unflinching Photographs of Newborn Babies Directly After C-Sections 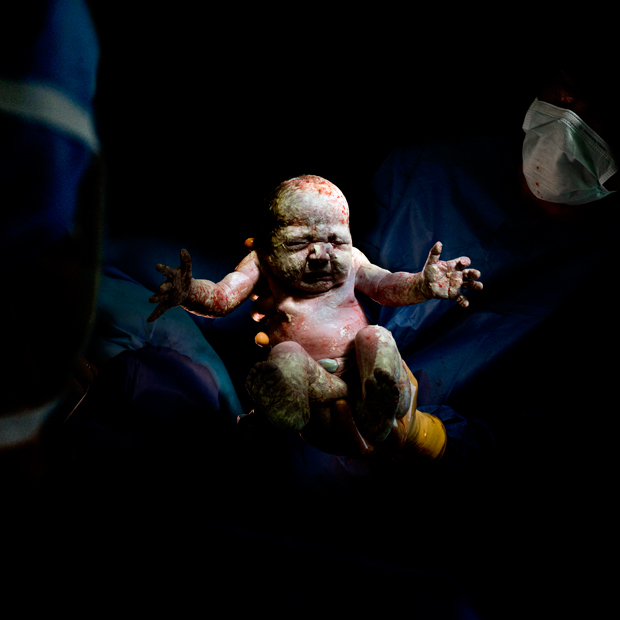 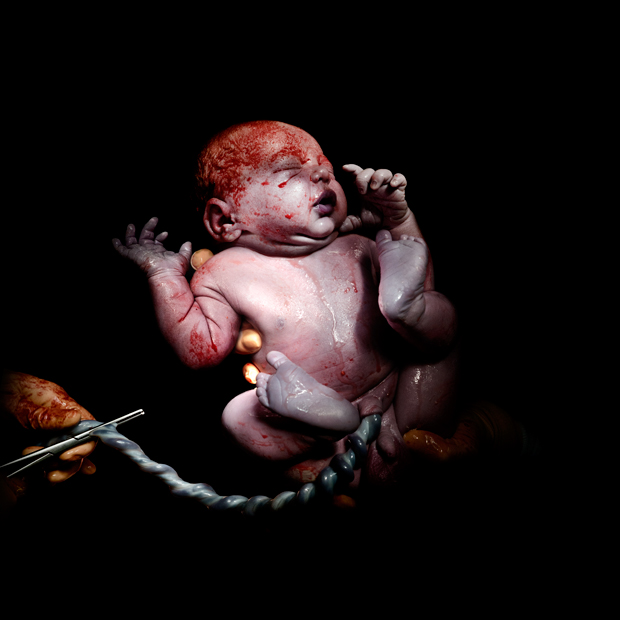 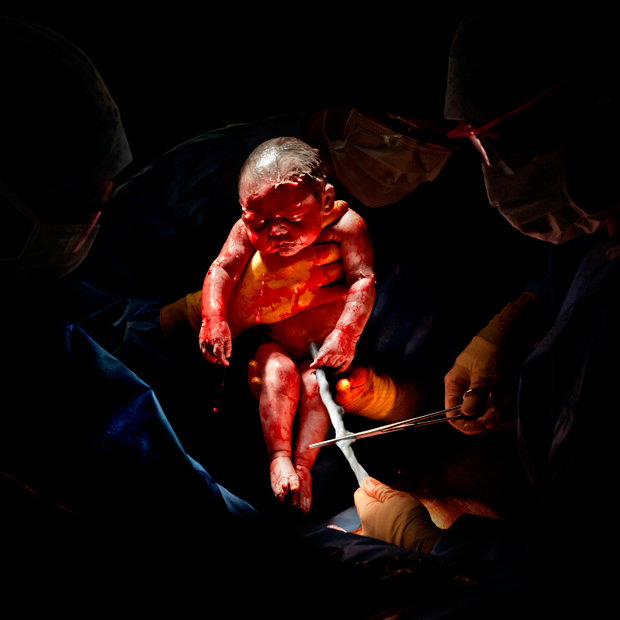 The night before French photographer Christian Berthelot shot his first Caesarean section was a sleepless one, and by morning, his mind had returned to the previous year, when his own son was cut from his wife’s womb. Coated in blood and vernix, the child had cried out, emerging in his father’s eyes as “a warrior who has just won his first battle.”

Over the previous twelve months, Berthelot had established trust with obstetrician Dr. Jean-Francois Morievnal, a photography enthusiast who had invited him to observe and record the surgeries, an endeavor that required months of training and gathering of permissions, both from the hospital and from the expectant mothers. After his first frames, the photographer realized that his passion lay in the figure of the child itself, aiming his lens only at the very earliest instants of life.

Berthelot’s series of forty newborns, titled Caesar, has, he admits, garnered polarizing reactions because of its direct confrontation of the brutality of birth. With creation, of course, comes destruction, and that eternal dichotomy lies—pulsating— at the heart of this work. It is in these first few seconds of existence that all of the world is experienced most acutely, when terror and pleasure, delicacy and strength become inexorably bound.

Here, abstract concept of the infant becomes an autonomous and corporeal entity, and what was once universal becomes specific and intimate. All the babies, explains the artist, lived through the experience, and each mother was given a print to commemorate the ephemeral moment at which they first met their children.

Caesar will be on view at the Circulation(s) festival from January 24th to March 5th. 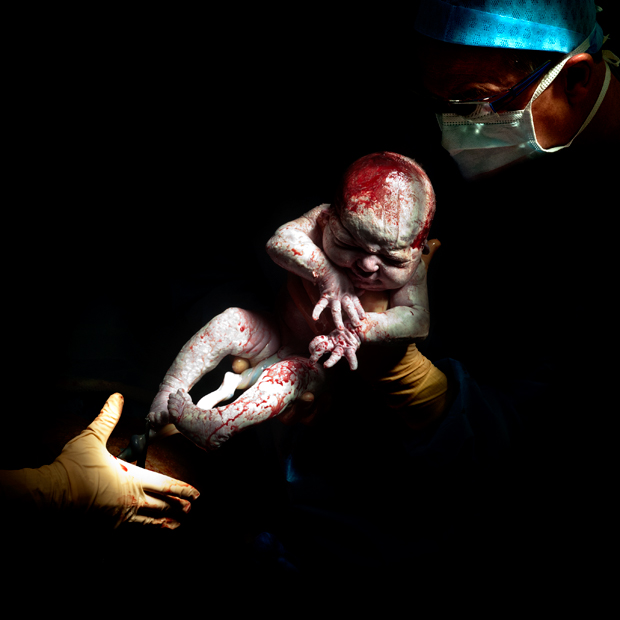 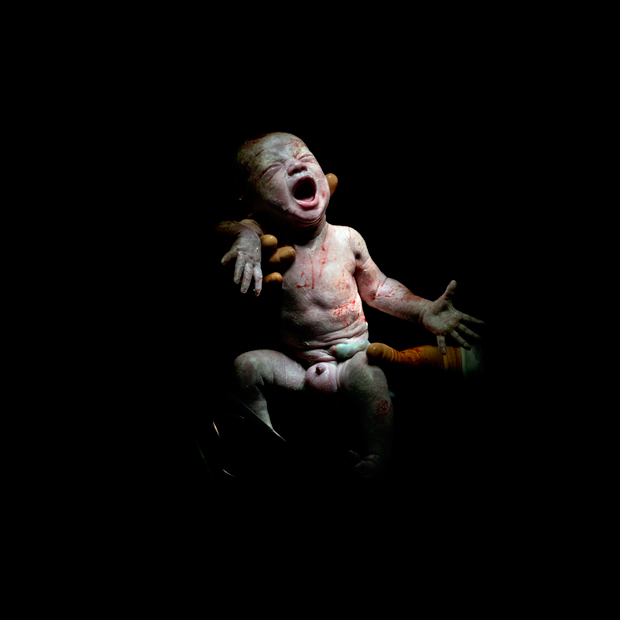 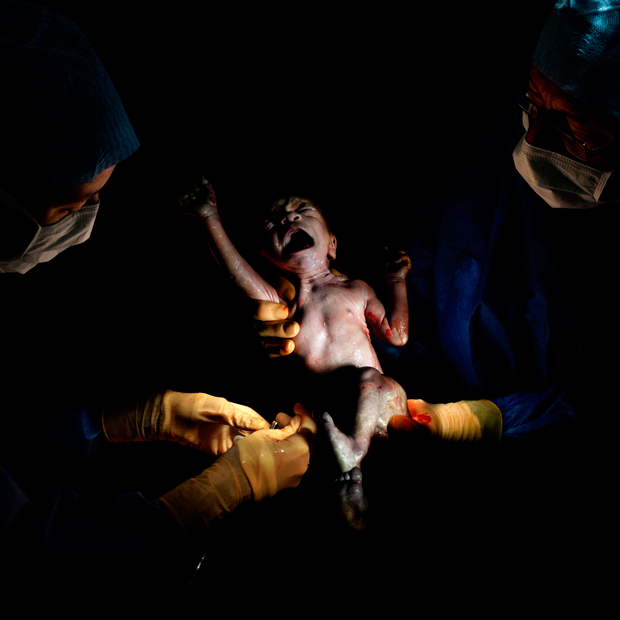 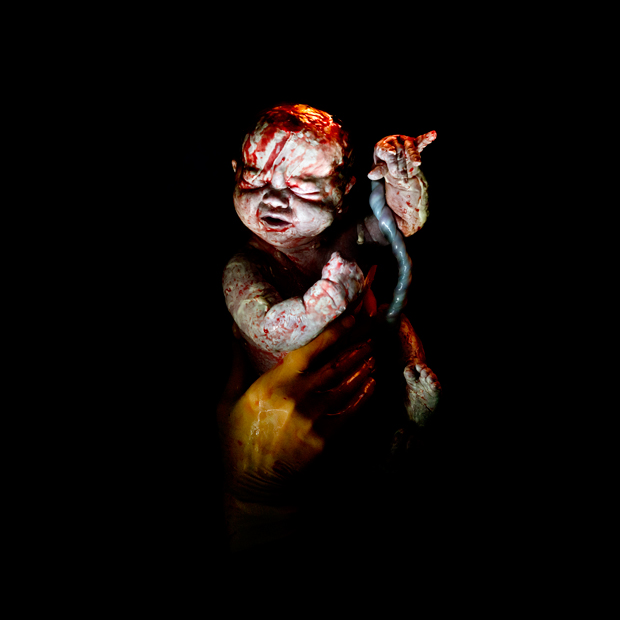 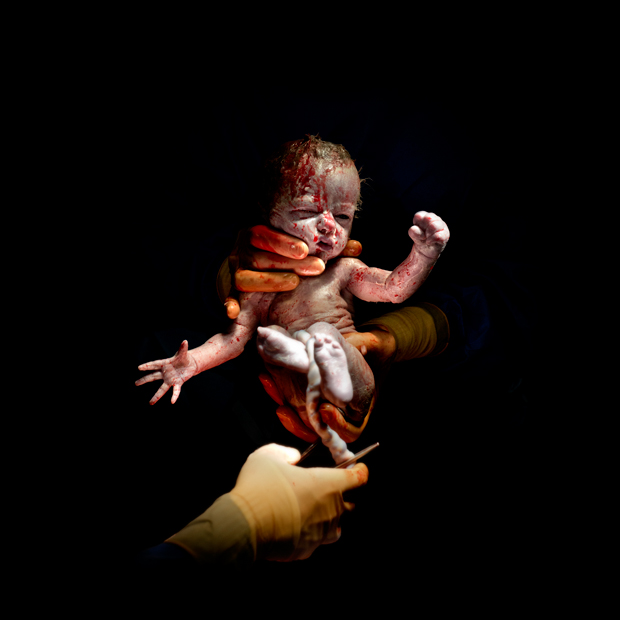