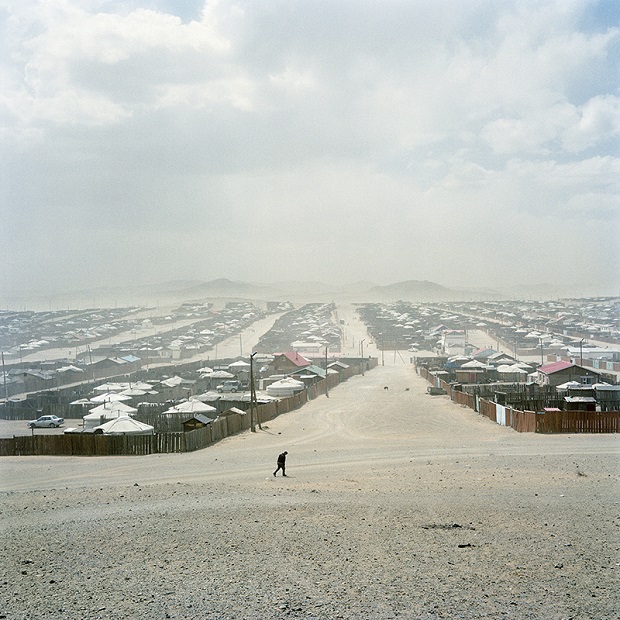 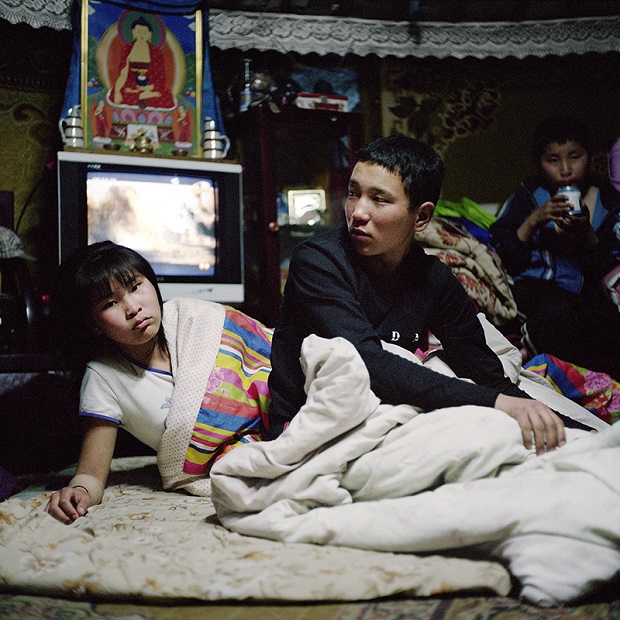 The market economy is changing Mongolia and people’s lifestyle. A large part of the rural population is now moving to the cities. Transitioning from large open spaces to a city lifestyle requires enormous social adjustments. In her series Foyers (Urbains) Mongols, French photographer Lucile Chombart de Lauwe documents the changes in the Mongolian way of life by following the once rural, now urbanized population into their new way of life. The series is focused on the relationship between families and their new environments. 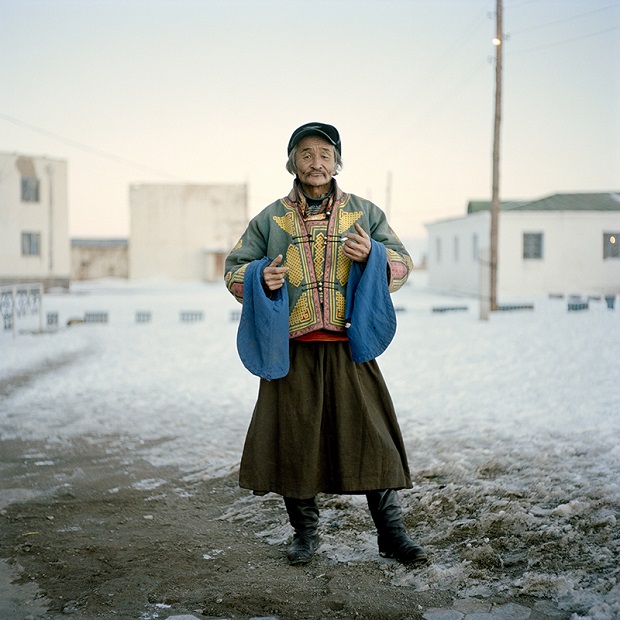 How did you come up with the idea for this project?
“I traveled to Mongolia for the first time during the summer of 2007. I was really surprised by the incredible expansion of the cities, and by the ‘ger districts’, which are large neighborhoods of traditional Mongolian tents, housing more than half of the urban population . I wanted to return to have a deeper look at the urban changes happening in Mongolia, especially in the winter. Winter is especially cold there and I wanted to stay with a Mongolian family and see how people live.

“In 2011 I decided to go back and to photograph the settlement issues. I was always interested in quotidian life, how people live their everyday life, their work. Foyers is more about the way people build a new home, and in a larger sense, the evolution of the Mongolian society and its influences.” 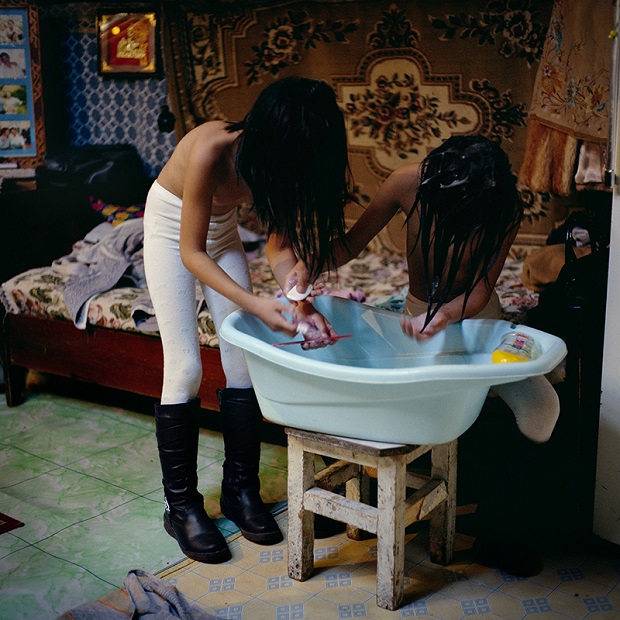 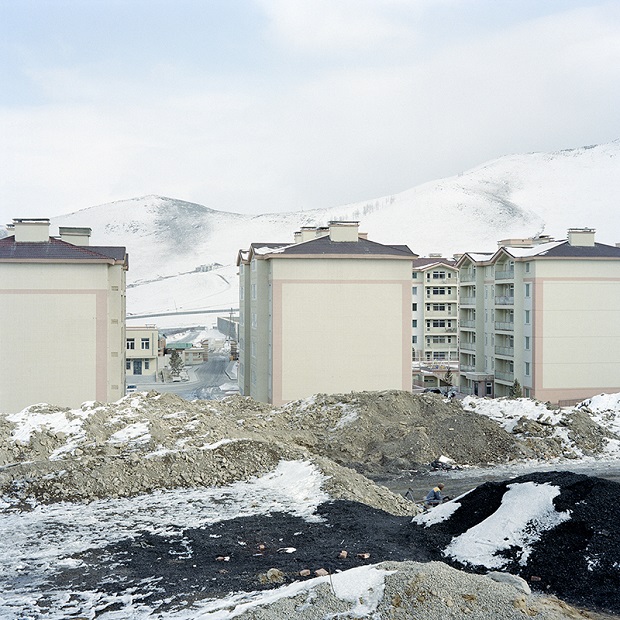 What was the most surprising thing you encountered while being there?
“In the beginning I saw a lot of surprising things, everything seemed exotic because it was different. Compared to my own culture, it was a completely different way of life. What impressed me the most was people’s ability to adapt, and that is also why I am very attached to that culture. People also have a very different way of understanding consumption.”

Was it difficult to get access into people’s homes?
“I was actually really surprised by how easy it was to get access. The doors were always open for me, and that is part of the way Mongolian people relate to foreigners. Something that illustrates their attitude better, is what the grandmother of my friend always said to me: ‘Thank you for making such a long trip to meet us’.” 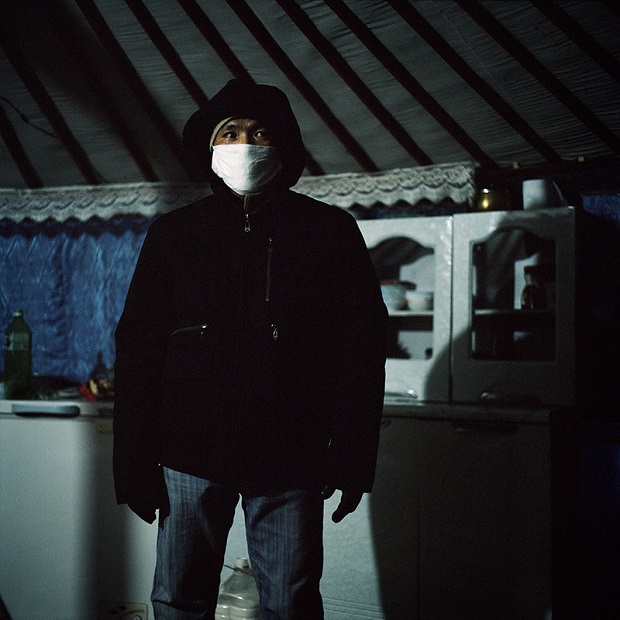 What kind of work do the newcomers do?
“That is a big question and a big problem of living in the city. Finding work is difficult, there isn’t enough work to be found actually. As the urban population grows larger, this lack of work results in severe poverty, alcoholism and loneliness. These days, there are a lot of mines being opened by foreign investors. Working in a coal, gold or stone mine is the most common work people do.” 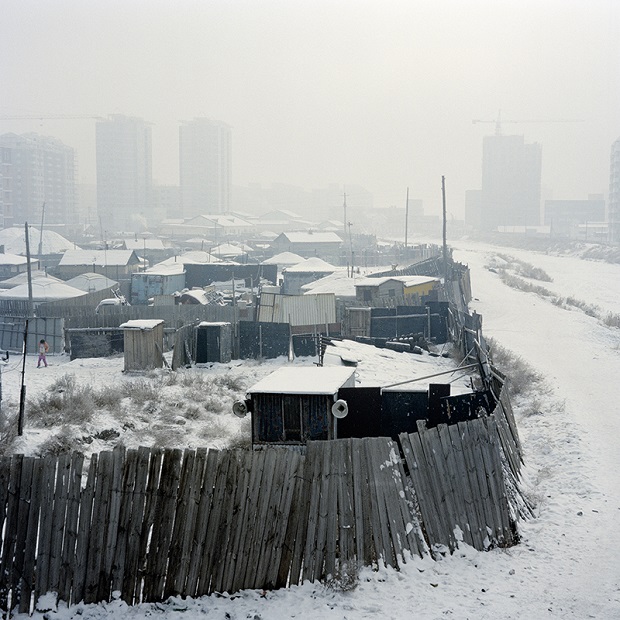 In the description of your project you say that social changes are driven by the market economy but also by the climatic catastrophes that appear more and more often. What do you mean by that?
“Temperatures in this country can reach minus 60 degrees Celsius during winter. Snow storms always existed but they became more and more intense year after year. The cattle can be decimated in such extreme weather conditions. My work is also a look into the consequences of the weather changes on the long term.” 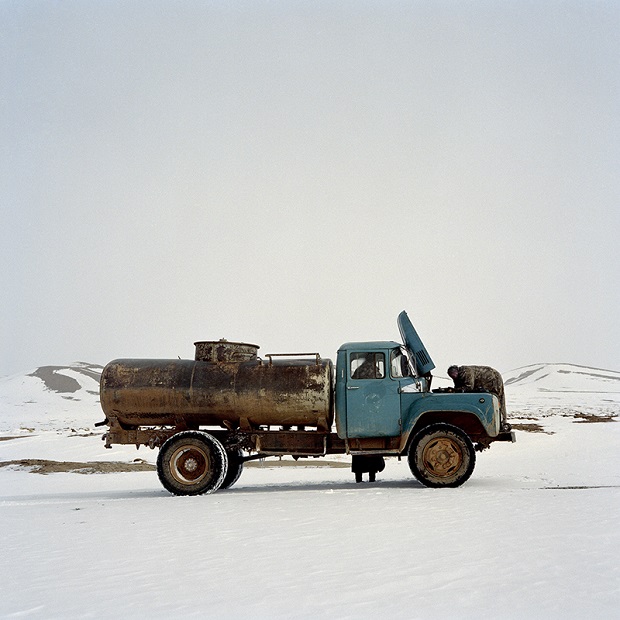 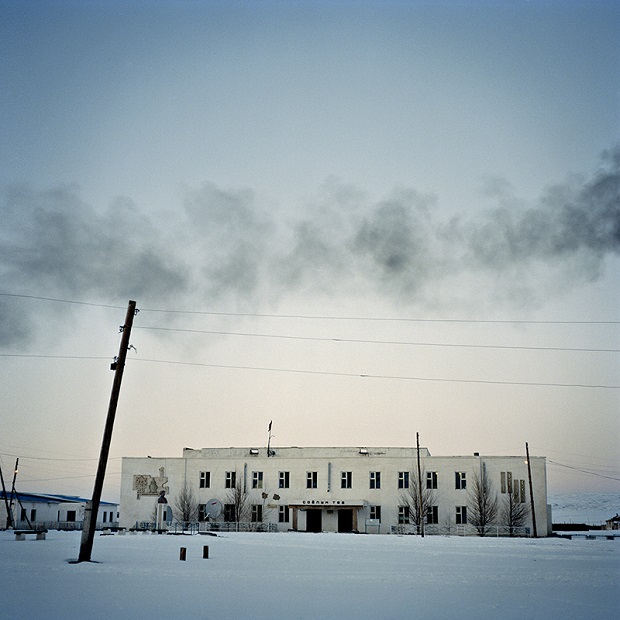 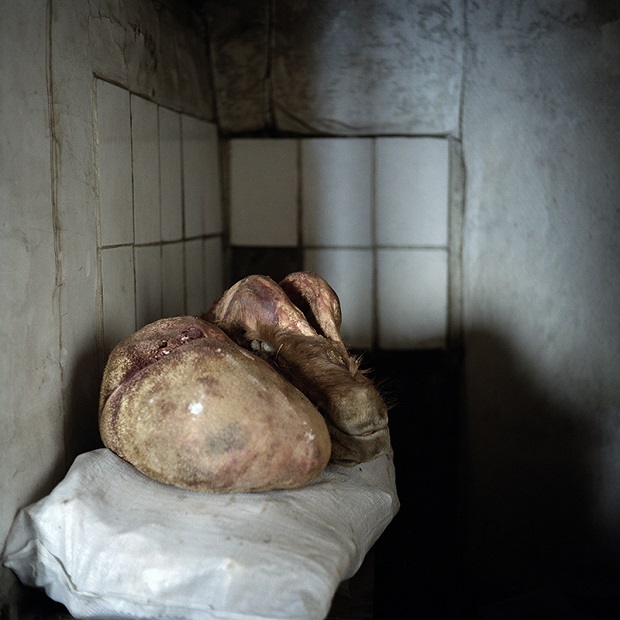 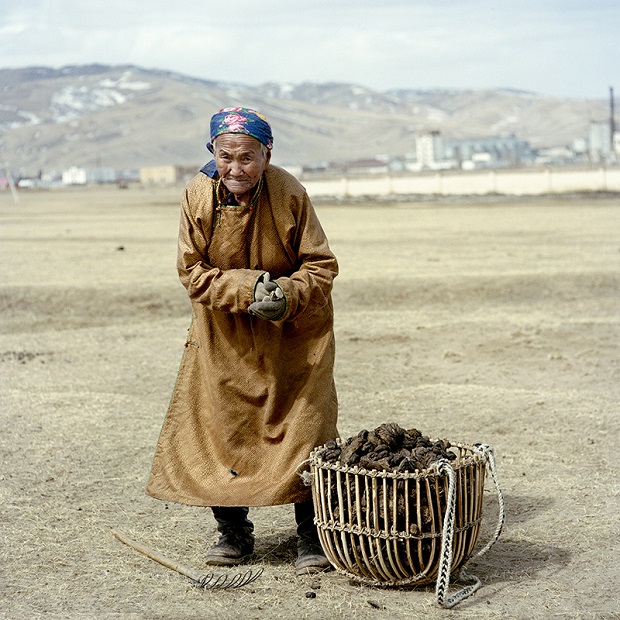 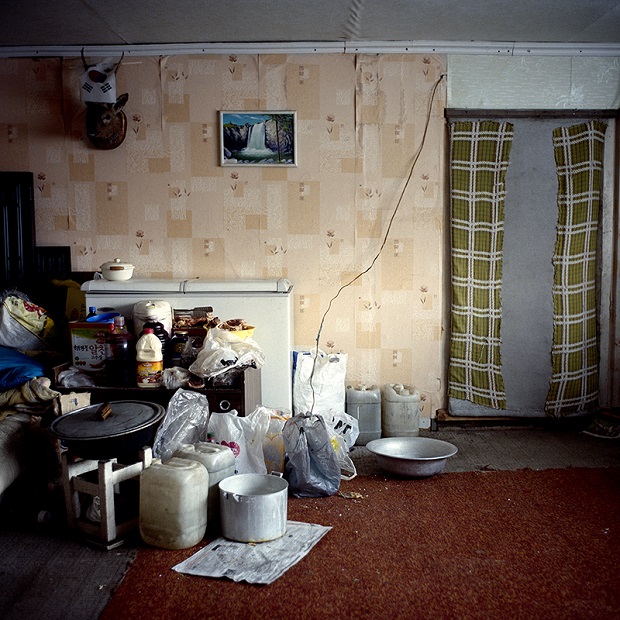 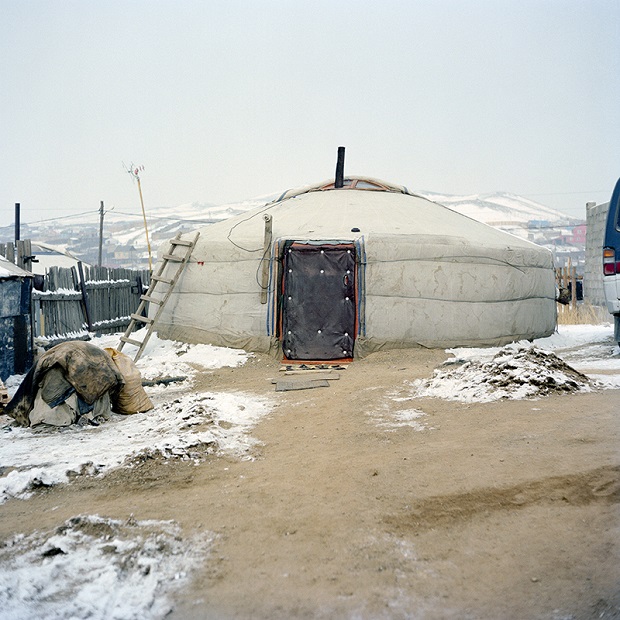 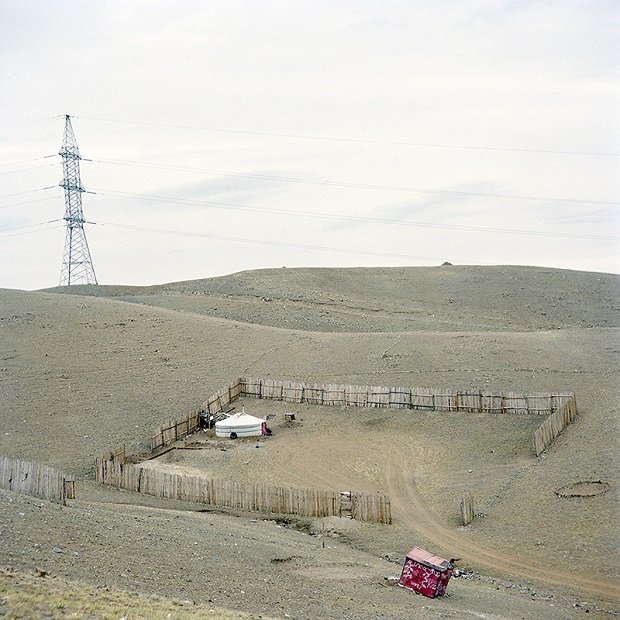