Photos Capture the Life and Feel of Europe’s Last Dictatorship 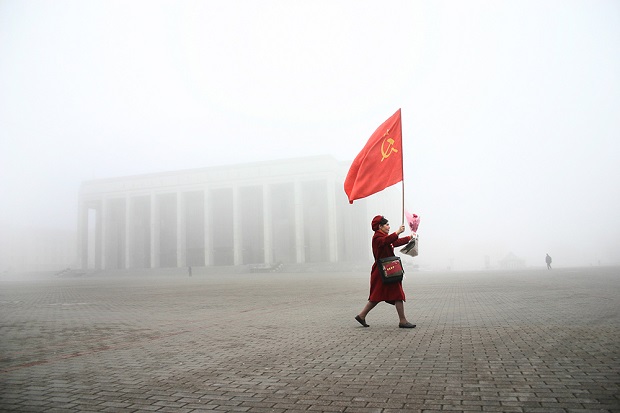 A woman carries the USSR flag during the Kastrychnickaja square rally, marking the 1917 Bolshevik Revolution anniversary on the 7th of November. This day is a state holiday in Belarus. © Andrei Liankevich 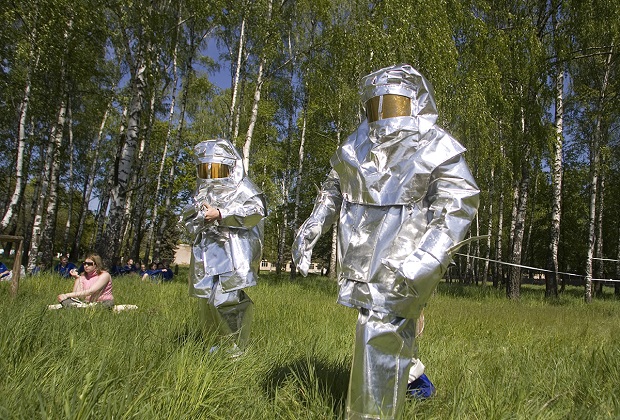 Children wearing firemen uniforms as they compete in a war-patriotic game called Bastiony hrabrosti (Bravery bastion). The game takes place 60 km (37 miles) east of Minsk at an army base. The game was very popular during USSR times. © Andrei Liankevich

Belarus is Europe’s last dictatorship, a place that seems trapped back in USSR times. Hardly any news comes out of the country and there is limited freedom of speech. This is why Belarusian photographer Andrei Liankevich‘s photo series about his country is quite unique. His Belarus portfolio offers a personal view of the local feel and some of the definitory events and habits in the country.

Liankevich has published a book of this series called Focus on Belarus. 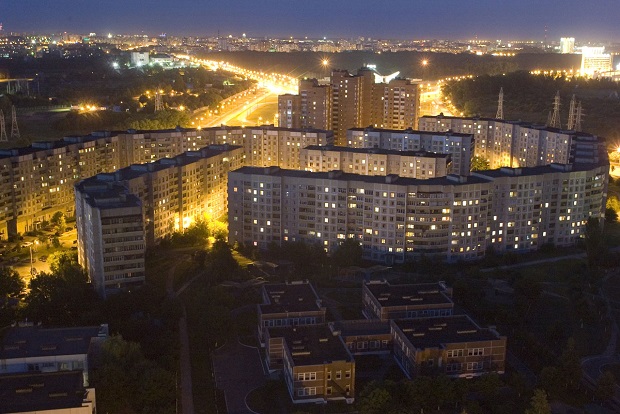 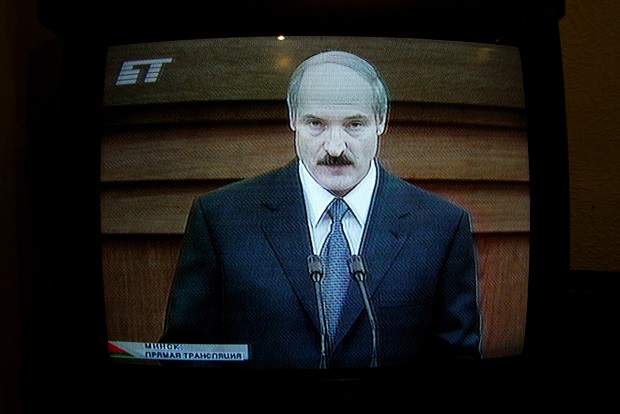 A TV speech of Aleksandr Lukashenko, the former president of republic of Belarus. © Andrei Liankevich 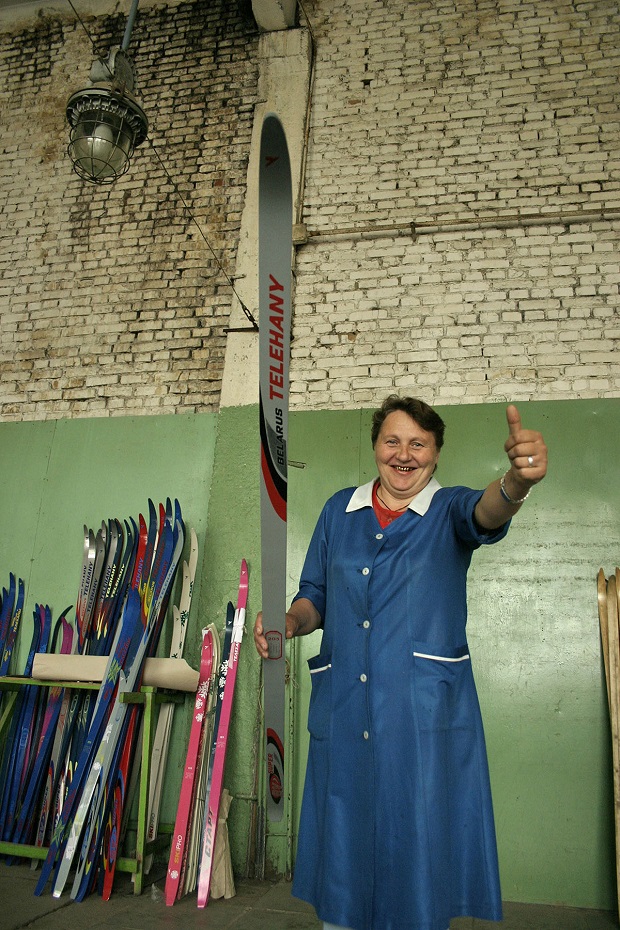 The chief of the finished goods department shows skis at a skis factory in the city of Raubichi. © Andrei Liankevich 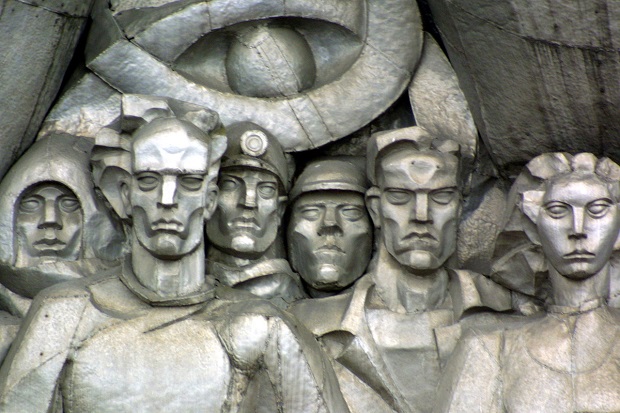 Fragment of the workers monument on the Fashion Center building. The monument was installed during USSR times. © Andrei Liankevich 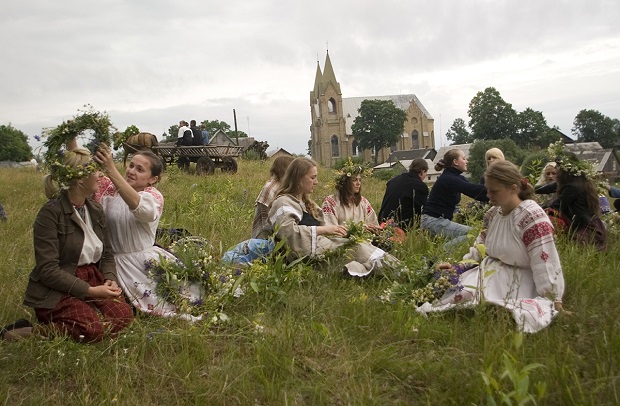 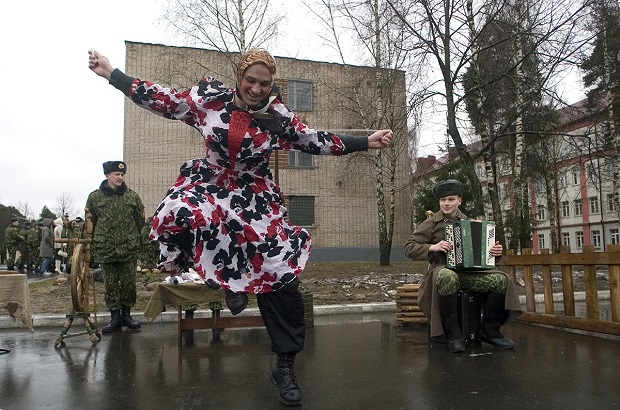 A Belarusian Ministry of Internal Affairs soldier in a female dress jumps the skipping rope during the Maslenitsa celebration in Minsk. Maslenitsa is a pagan holiday marking the end of winter. It is celebrated during the last week before the Great Lent, that is, the seventh week before Easter. Maslenitsa corresponds to the Western Christian Carnival. © Andrei Liankevich 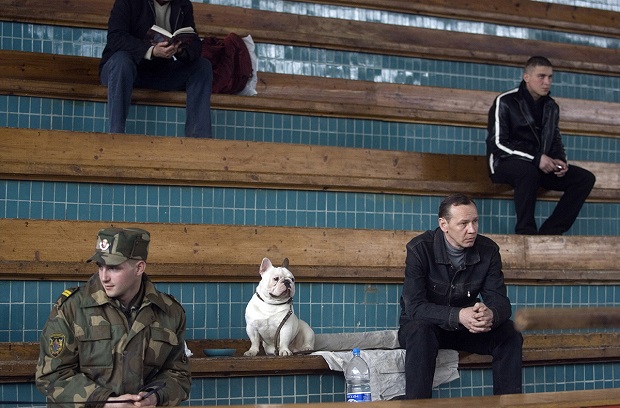 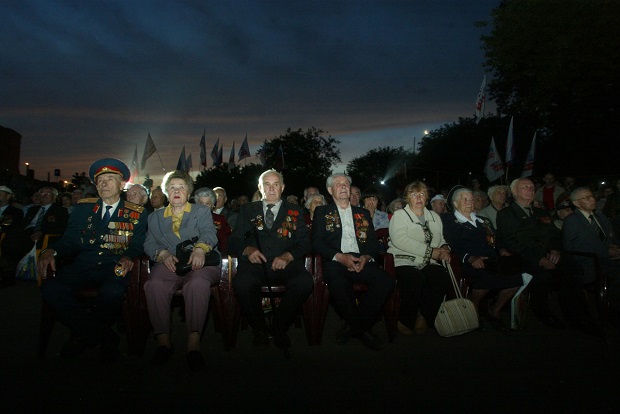 Veterans of the World War II listen to the night concert dedicated to the anniversary of the beginning of the Great Patriotic War (this is what World War II was named in USSR) in Brest fortress, the place where World War II began with the Nazi Germany invasion. © Andrei Liankevich 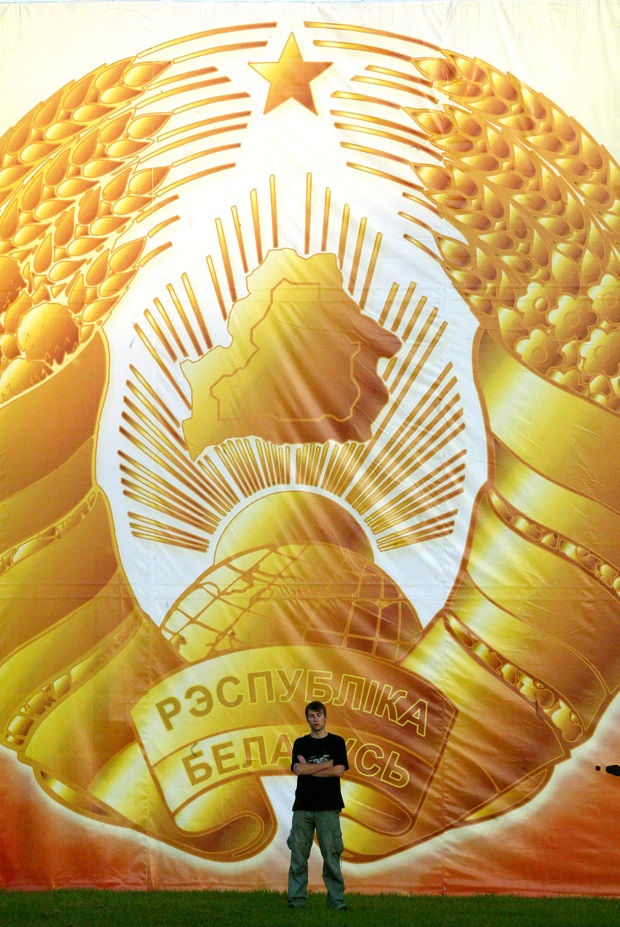 Mikola Sasim opposition activist posses with the national emblem of the Republic of Belarus in the background. © Andrei Liankevich 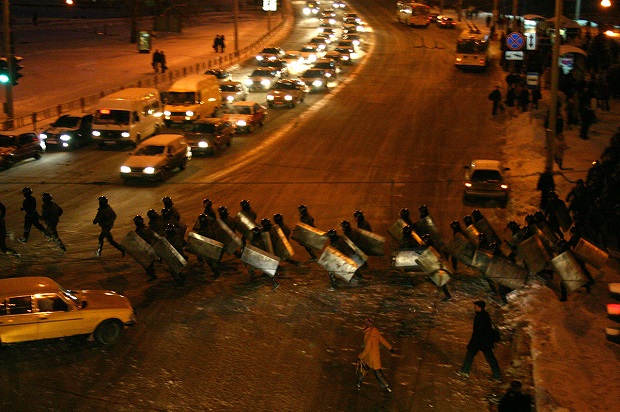