Photographer Jamie Diamond Immerses Herself Within the Subculture of Reborn Dolls 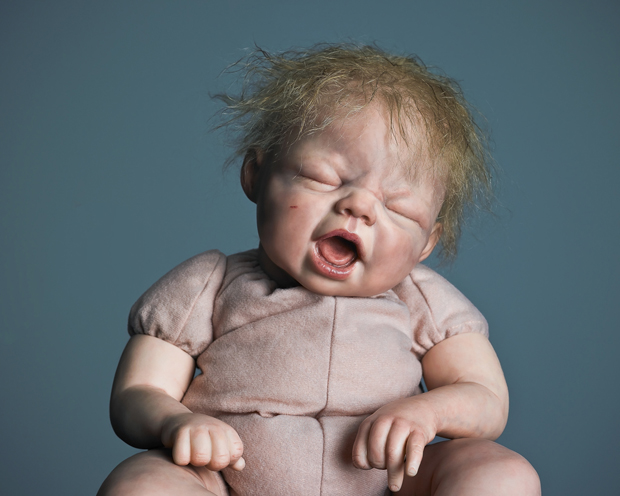 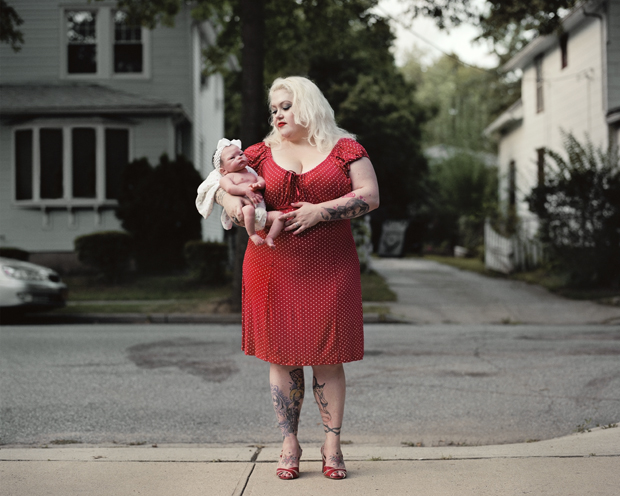 For Mother Love, New York-based photographer Jamie Diamond immerses herself within the subculture of Reborn dolls, true to life artificial babies crafted from materials like vinyl, doe suede, glass, and layer upon layer of paint.

The artist discovered the Reborn community while pursuing her self-portrait project I Promise to be a Good Mother, in which she used a doll to stand in for an imagined child. Behind these online collections of high end, expensive figures, she found a group of women hobbyists who worked from home studios. The process demands long-term commitment and passion, with each doll requiring dozens of paint coats and the careful insertion of each individual strand of hair into the scalp.

Most of these artists sell the dolls to other adult women collectors, who will often go on to play the role of their mothers. The Reborn babies, Diamond explains, are crafted not only to resemble the real thing, but glass beads are also inserted into certain areas to mimic the physiology of living children, and they are frequently perfumed to smell like a newborn babe.

While Diamond initially struggled to contact Reborners over the internet, she eventually gained their trust by attending a convention in North Carolina. One year later, she herself learned the tools of the trade, building her own dolls and selling them over eBay from her own workshop, Bitten Apple Nursery, over the course of an appropriate nine months. Before she parted with each doll, she shot his or her portrait as a memento.

She also began two other sub-projects with fellow craftswomen, the first being The Amy Project, for which she asked a diverse set of Reborners to manufacture a doll from the same generic mould, chosen for its vagueness with respect to sex and ethnicity. These dolls, which she shot against a classic “school portrait” backdrop, become a kind of classroom of children, each constructed to represent different fantasies.

For the final installment of Mother Love, Diamond selected nine art historical representations of the infant Christ, assigning some to herself and others to separate nurseries. Here, the dolls evolve from articles of personal sentiment into the realm of the iconic, becoming collective idols of the Christian God. As the they cease to serve only as playthings, or even as individually cherished objects, their forms emerge as signifiers of divine innocence, love, and wisdom.

Whether the dolls are presented as one mother’s beloved child or an incarnation of the Holy Spirit, Diamond emphasizes their ingenious ability to deviate from and to obscure objective truths. The babies, much like the photograph itself, convincingly feign reality without quite entering into it. No matter how seductive the notion of an eternally youthful, unchanging infant may be, and regardless of the emotions he inspires, he remains a work of fiction. 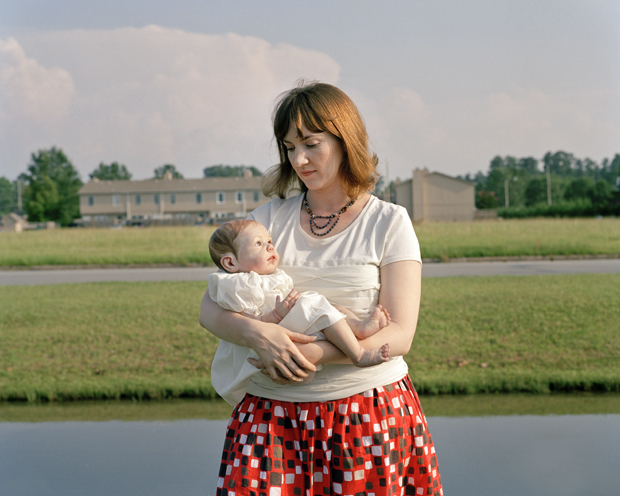 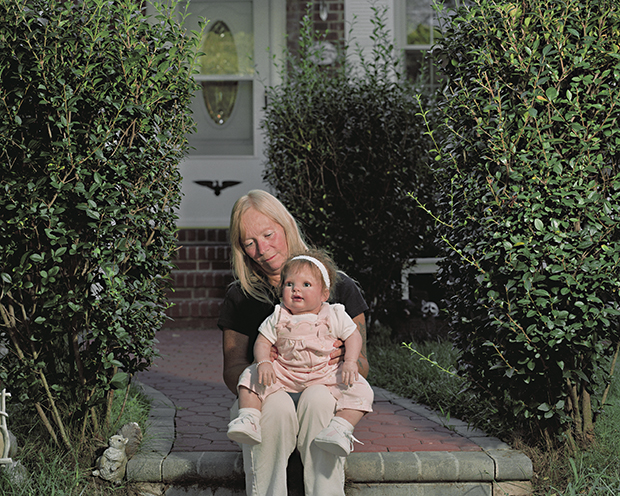 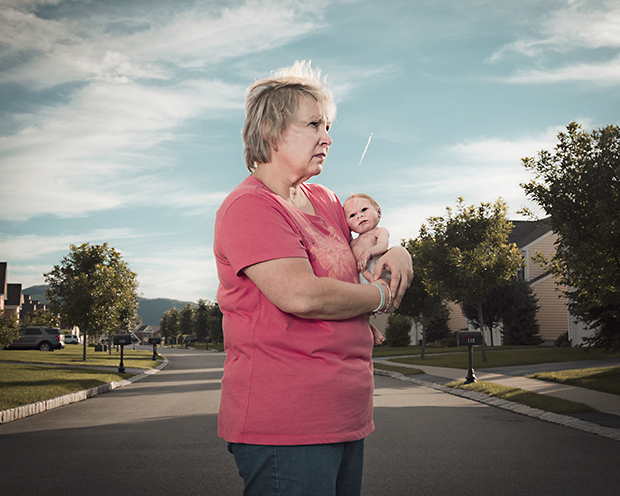 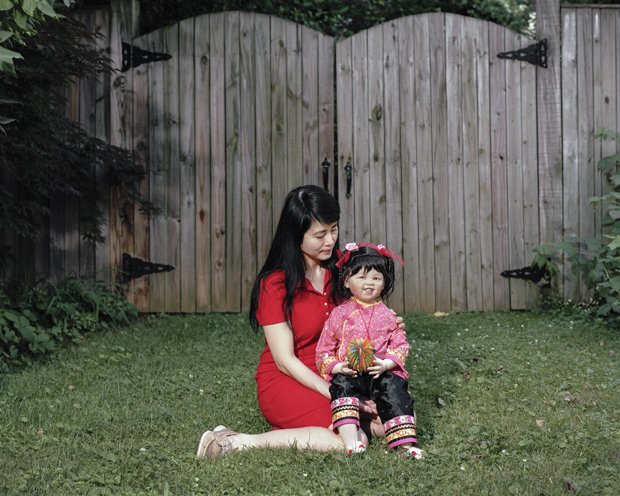 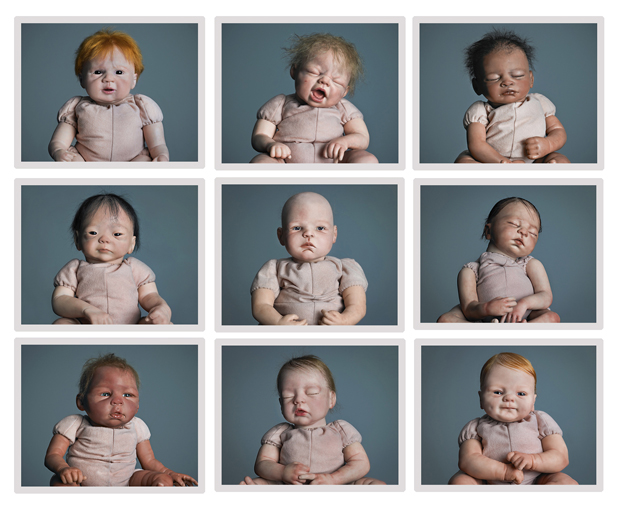 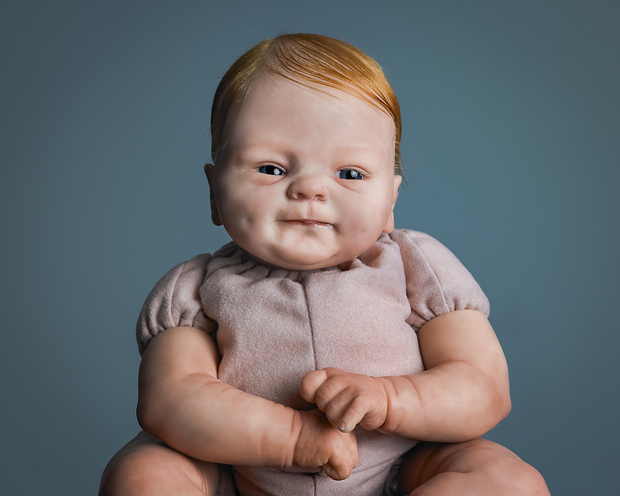 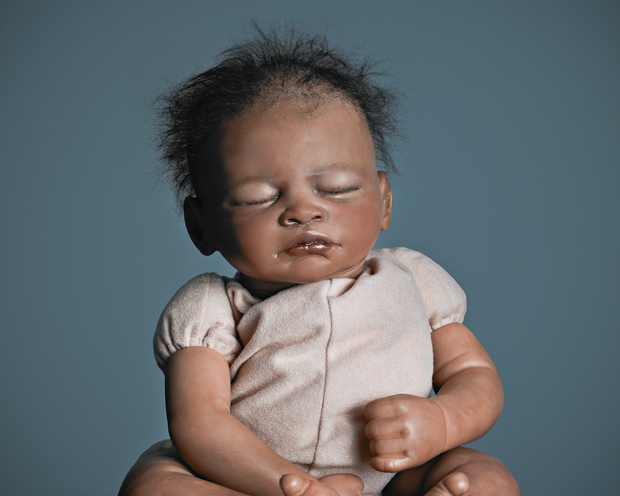 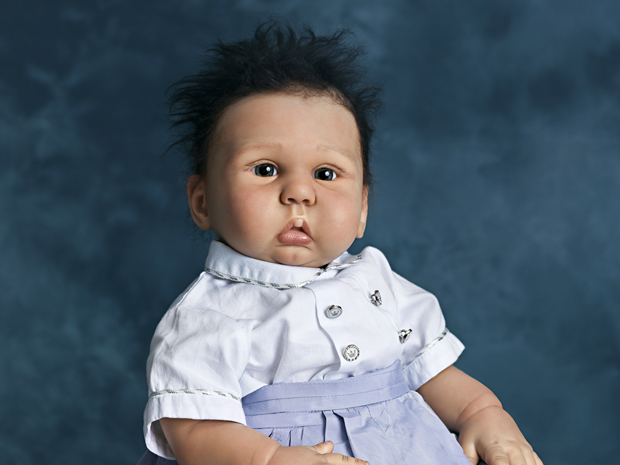 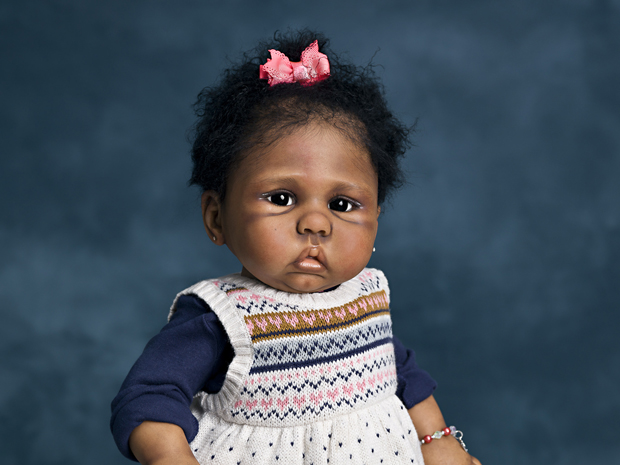 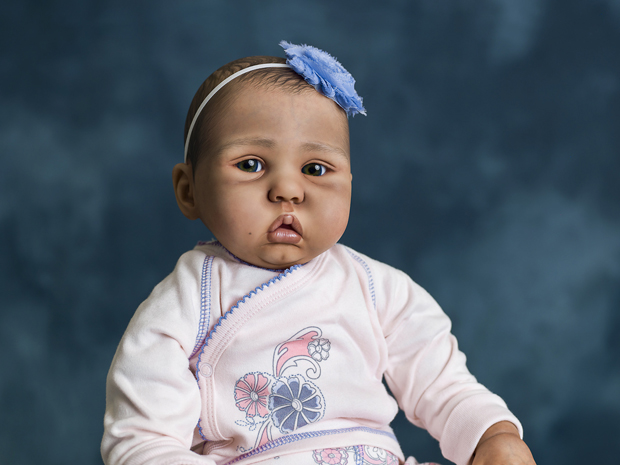 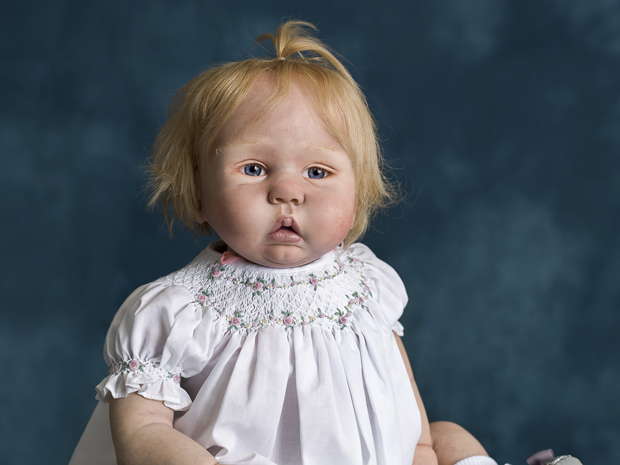 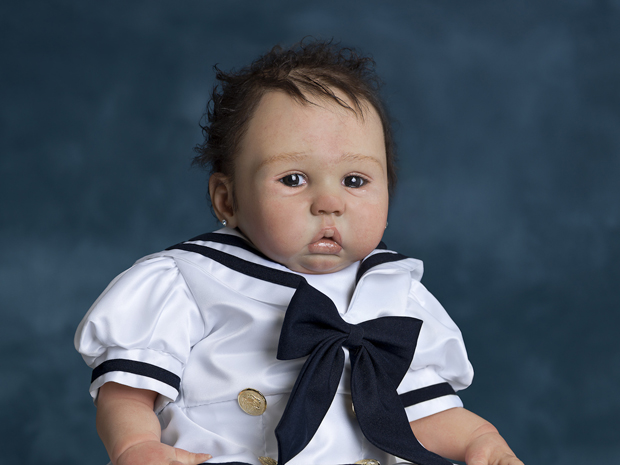 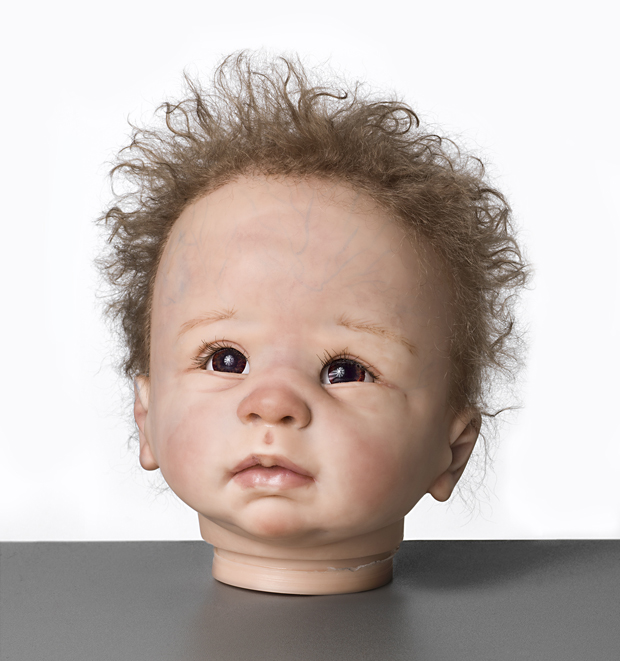 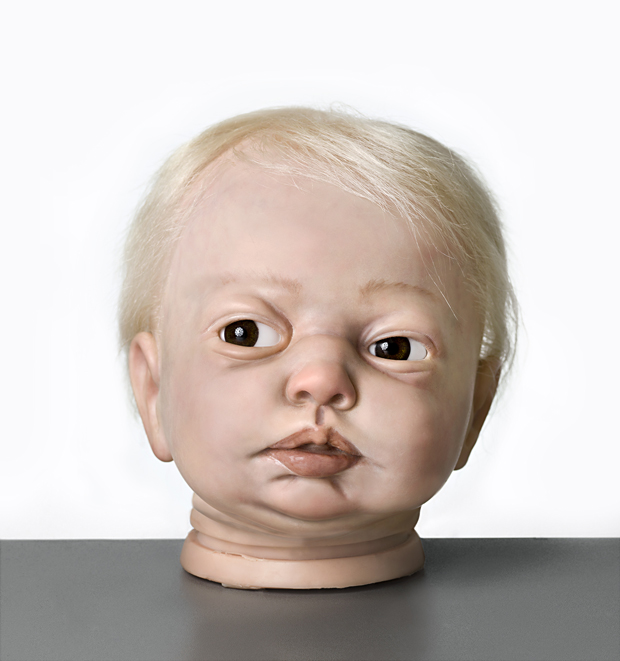 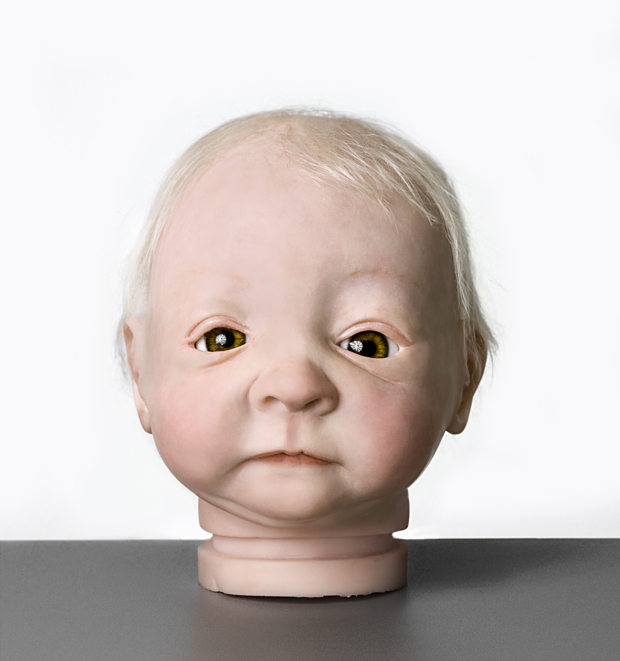 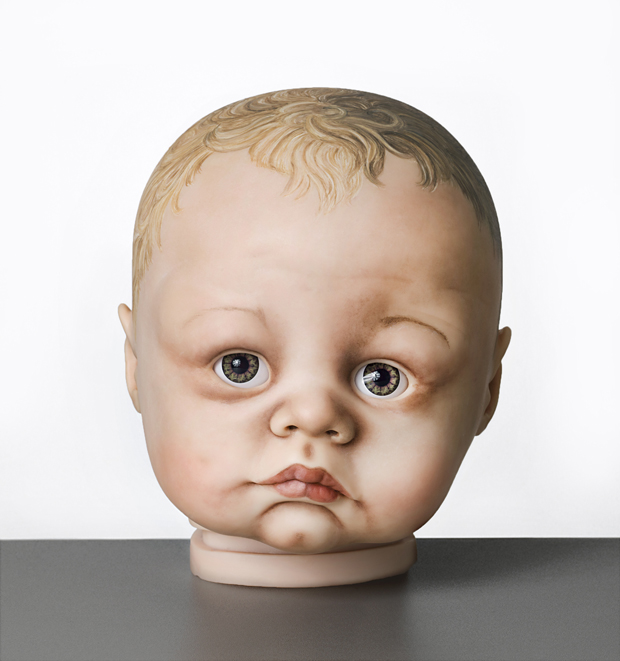 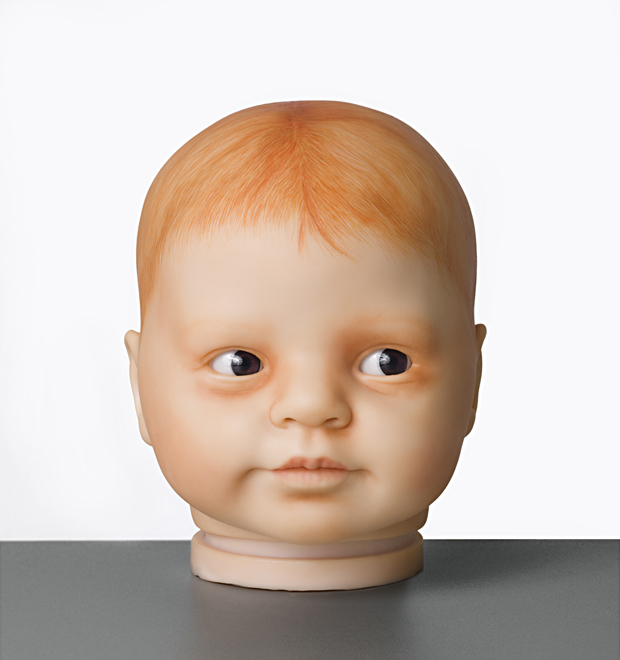 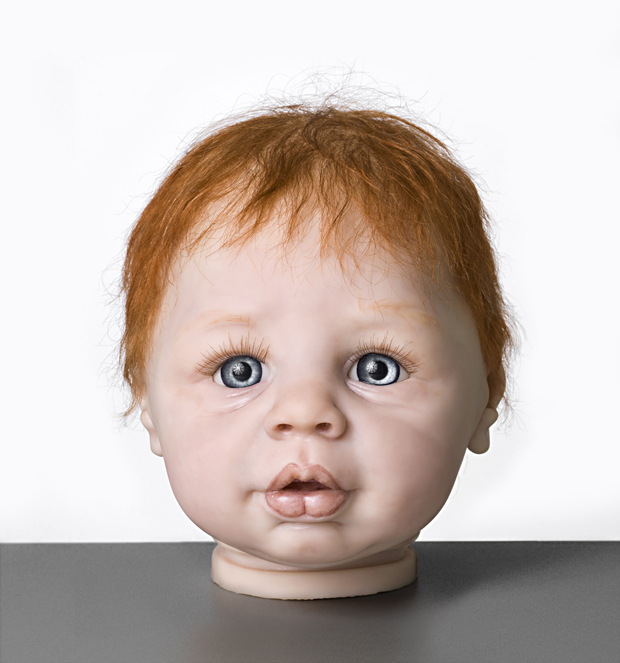