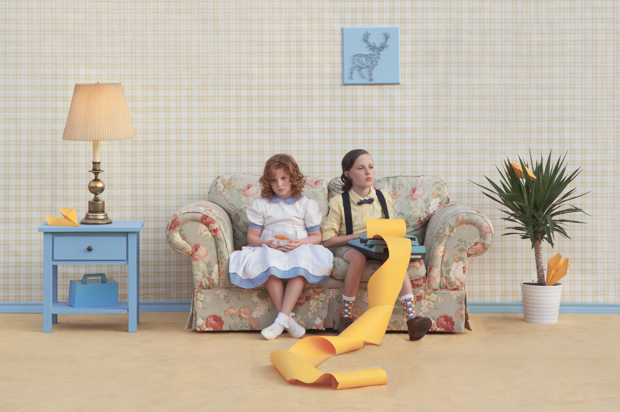 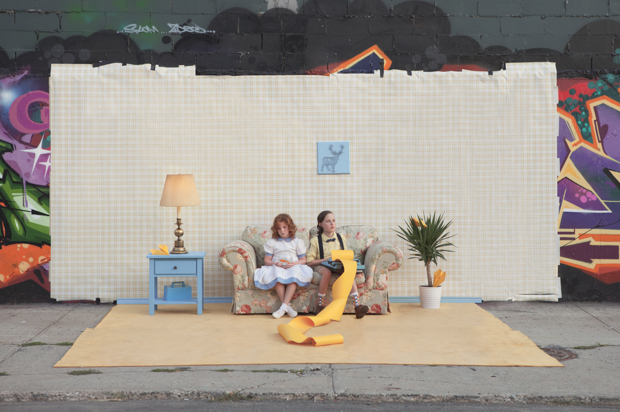 For #SetintheStreet, New York City-based photographer Justin Bettman joins forces with set designer Gözde Eker to construct miniature domiciles throughout the city. Repurposing castoff couches, beds, tables, and bathtubs to build pop-up living, dining, and bathrooms, they bring the privacy and comfort of home to the public streets and avenues of Manhattan and Brooklyn.

Bettman and Eker create their scenes in the darkness of the night, waiting to shoot them under the light of the rising sun. Their props are gathered from trash bins and home fronts, and although they come from all corners of the city, they are arranged to conform to a specific color theme. Locations are sometimes decided after the concept is cemented; the bathroom wall, for example, was discovered by searching Google Street View for tiled surfaces. After he locates an appropriate space for each set, Bettman jogs to it, evaluating it based on factors like observability and the potential for heavy traffic.

For each “room,” Bettman carefully cast each inhabitant, and envisioned the scene in two ways: first, within the context of its surroundings, and second, as a distinct space removed from its urban environment. The lifespan of each set, he explains, depends on the area in which it stands. In Bushwick, residents contributed to the scene, allowing it to evolve over the course of eight days, while in the Lower East Side, the structure was torn down within a just few hours by a bike vendor working nearby. The artists have opened the project to the entire city by inviting passersby to occupy the space, snap photos, and share them with the hashtag #setinthestreet.

Together, these emerging abodes create an alternate urban reality, fostering the opportunity for role-play and experimentation. Here, mundane streets are elevated by the potential for domestic theater, encouraging New Yorkers both young and old to cast off routine and to embrace the unexpected. 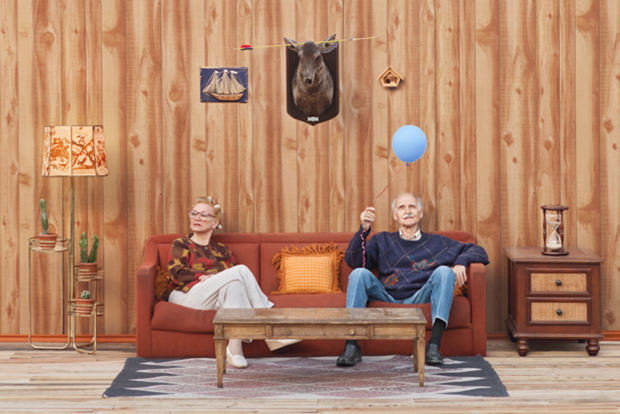 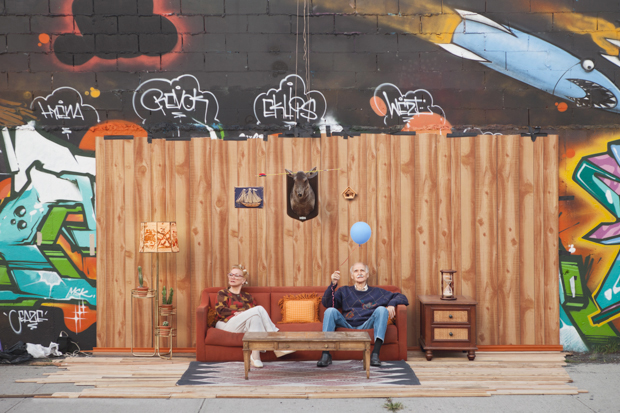 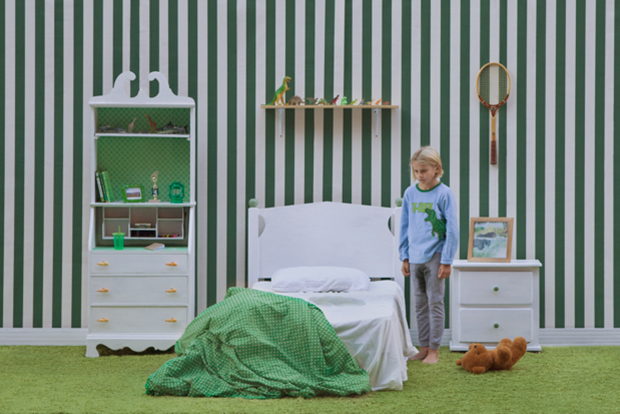 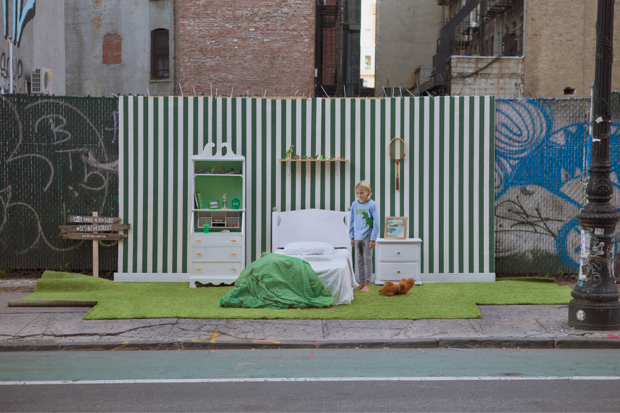 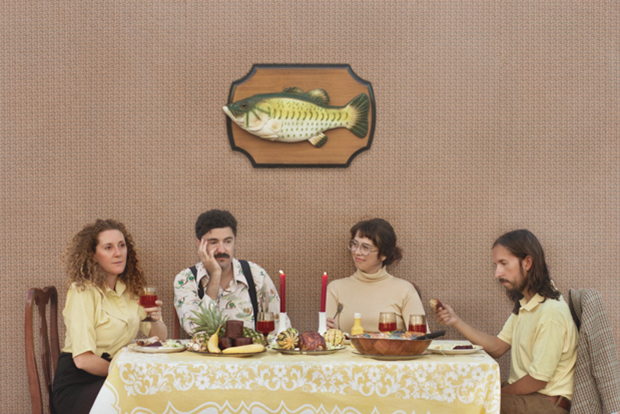 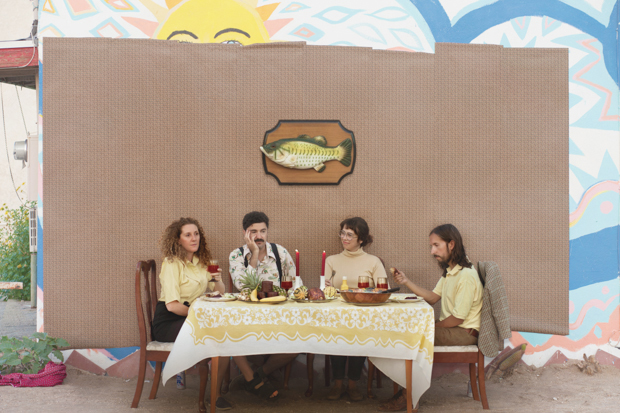 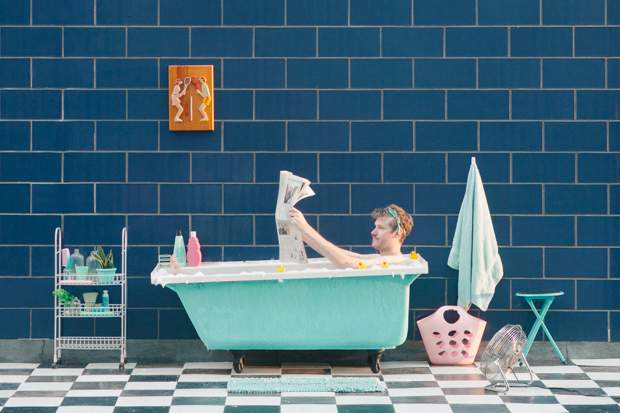 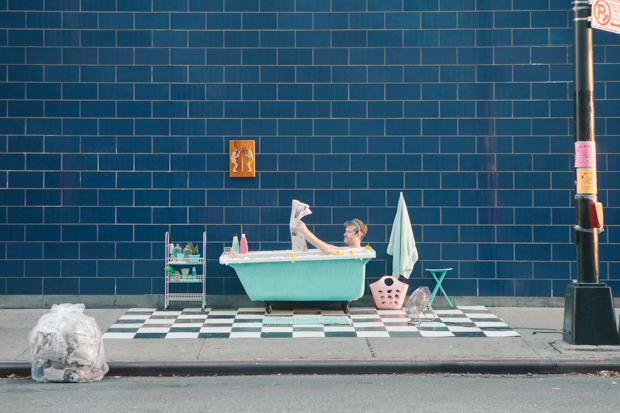