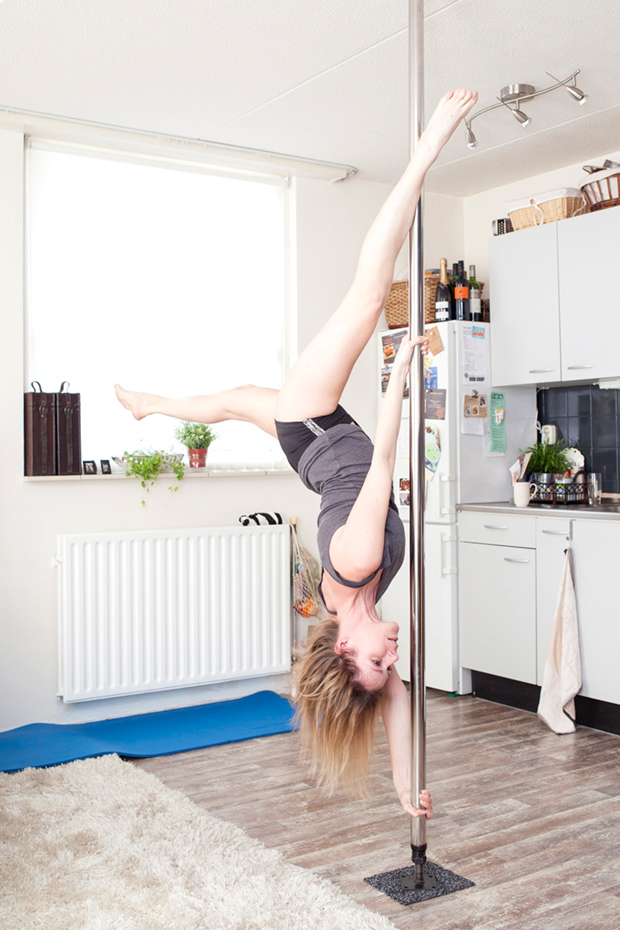 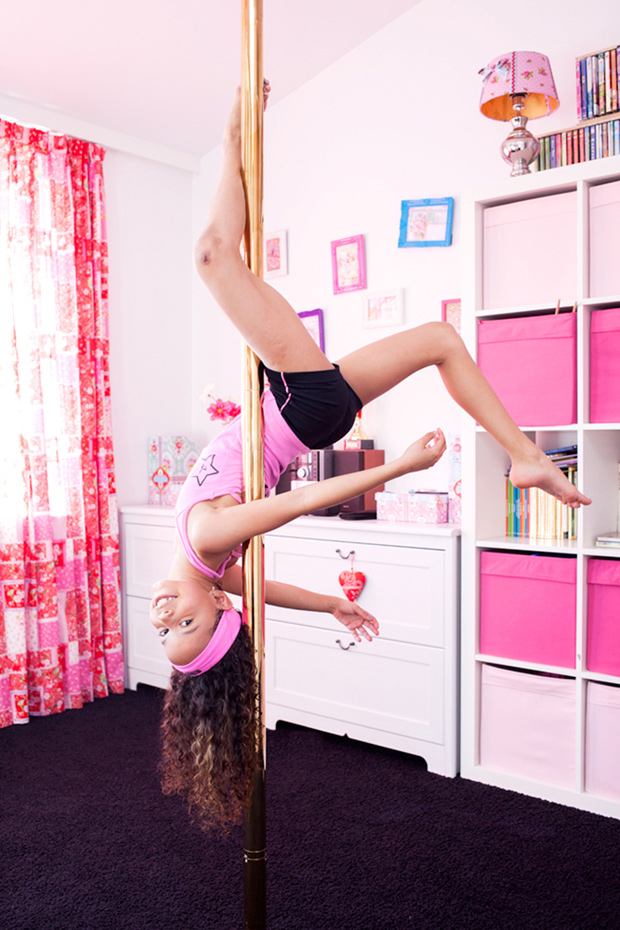 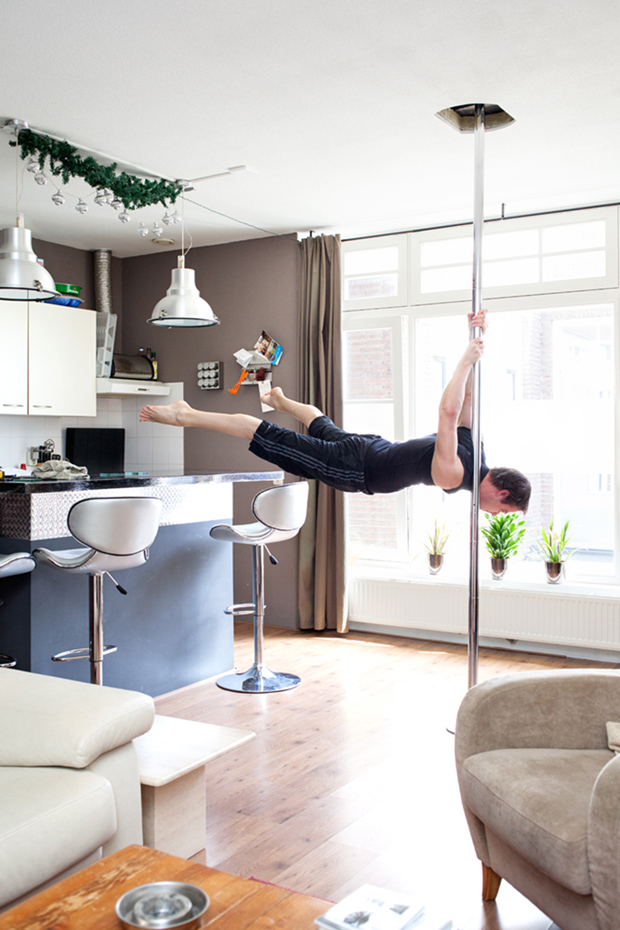 Through this initial meeting, Erkamp attended a championship pole fitness competition in Amsterdam, where he was astonished by the power and agility of the athletes. For him, this kind of pole dancing seemed comparable to “artistic gymnastics,” showcasing both the physical ability and self-expression.

In addition to the sport itself, the photographer was fascinated by the dedication of its practitioners, many of whom had installed poles within their own houses in order to hone their craft. Drawn to the practicality of this arrangement, and its clear contradiction with the strip-club atmosphere that appears in mainstream media, he got in touch with the owner of a local dance studio, who broadcasted his casting call over social media.

Eager for the opportunity to change the perception surrounding pole dancing, performers both male and female, young and old, responded with invitations for Erkamp to visit their kitchens, sitting rooms, or bedrooms, where they had their own vertical pole. All of them, the photographer explains, were “very proud and happy to show the world that pole dancing is a serious sport.” In the future, he suggests, we might even see pole fitness in the Olympics, as the International Pole Sports Federation is campaigning for its inclusion in the 2016 games. 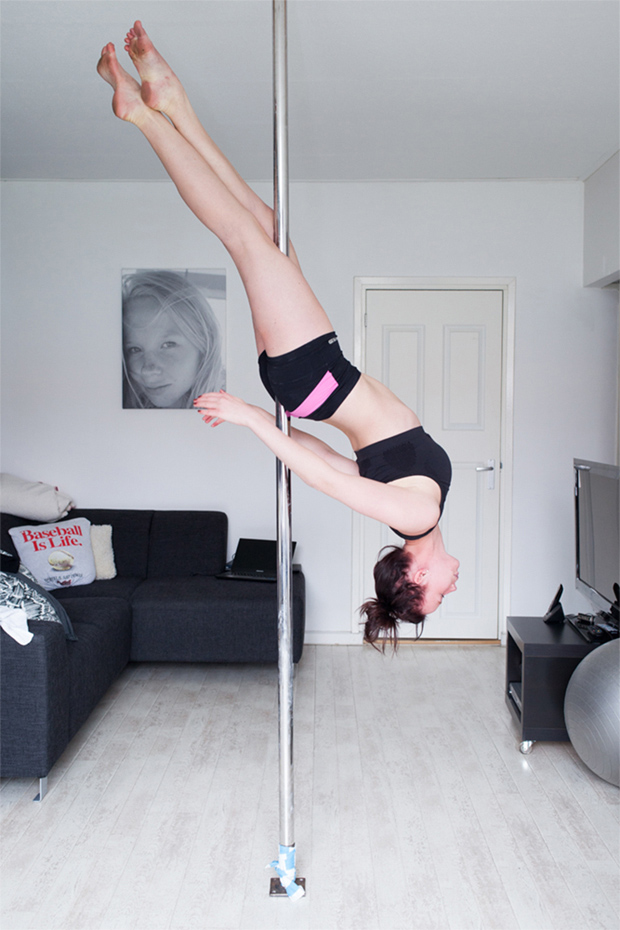 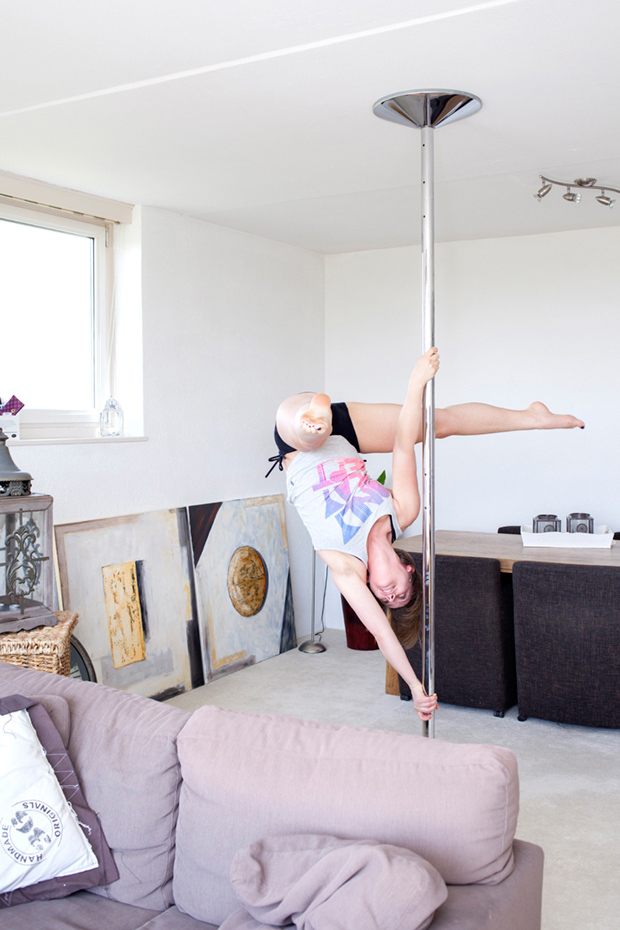 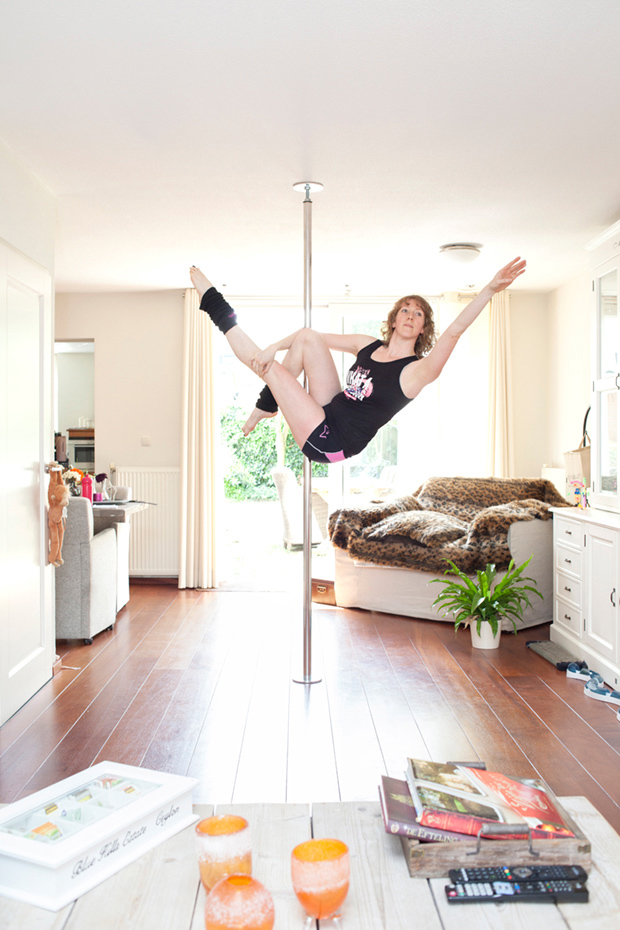 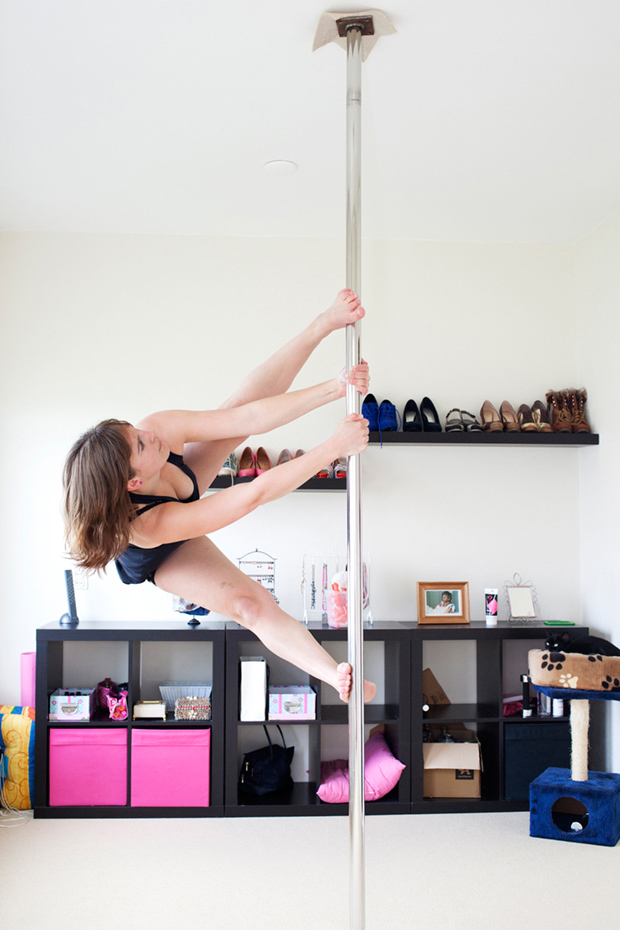 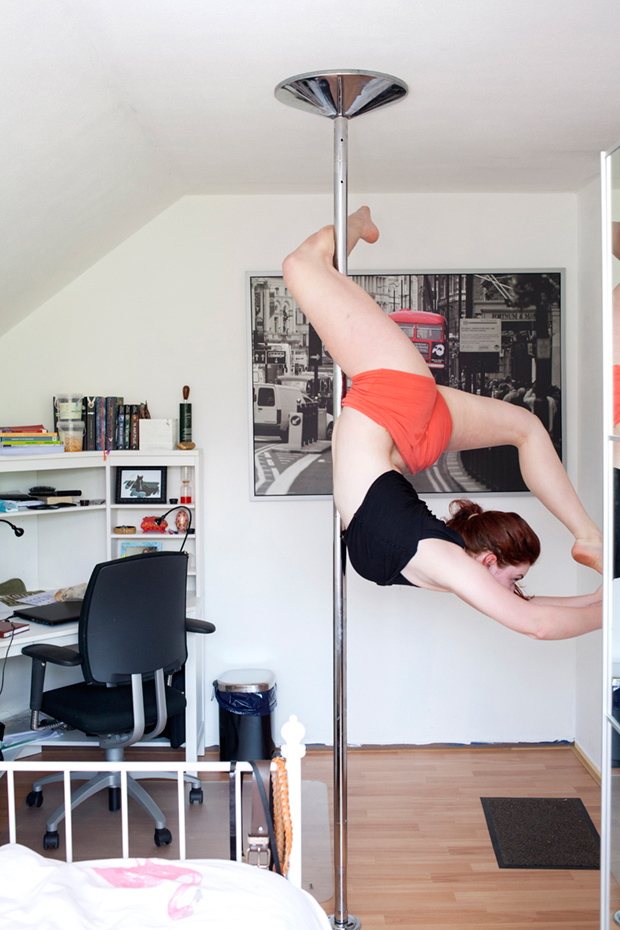 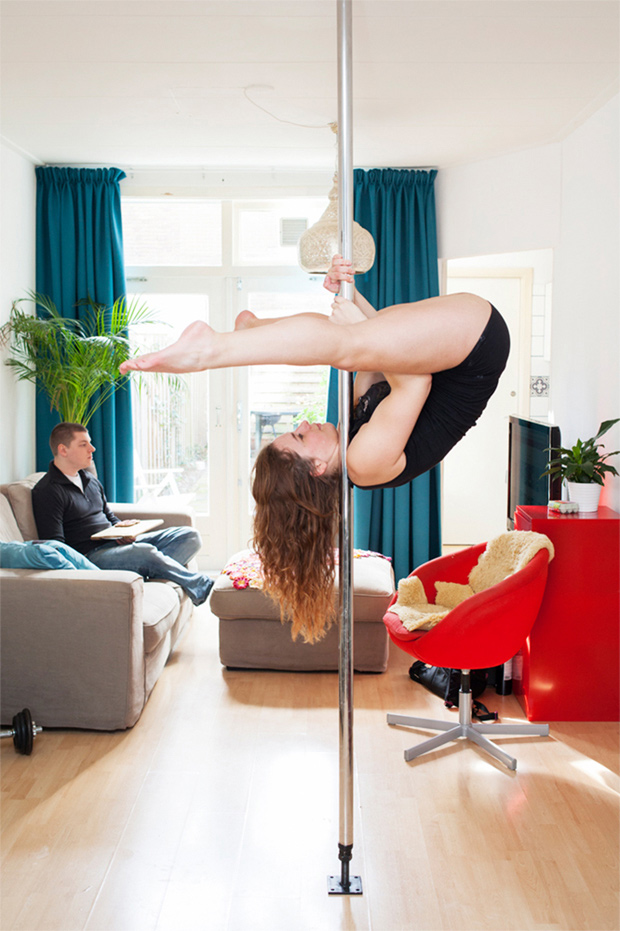 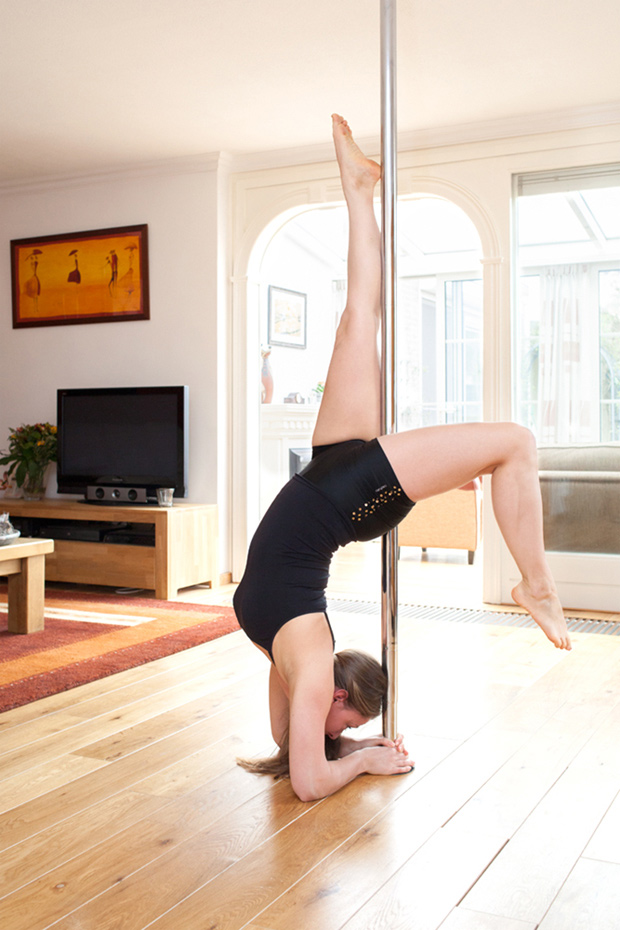