Princess Culture: Portraits of Little Girls Dressed Up as Their Favorite Disney Princesses 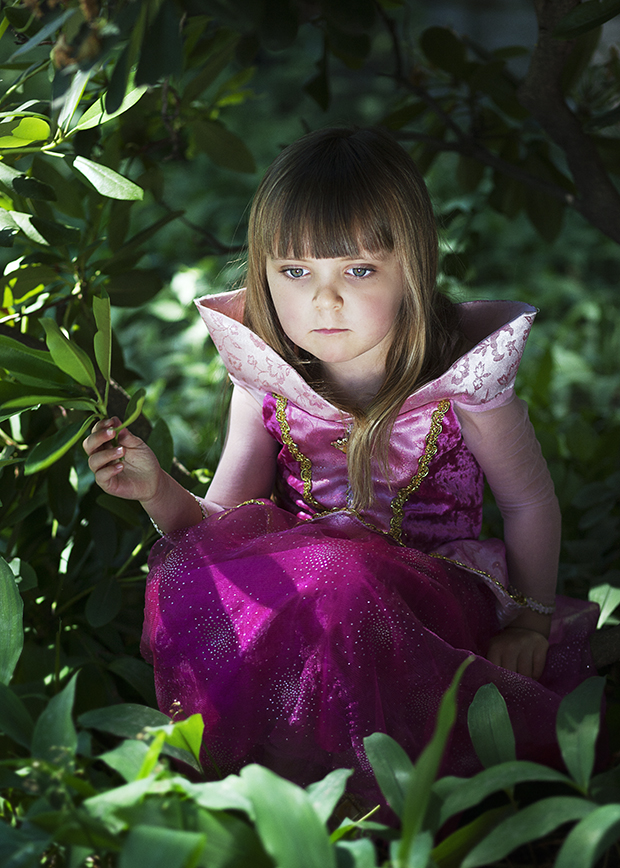 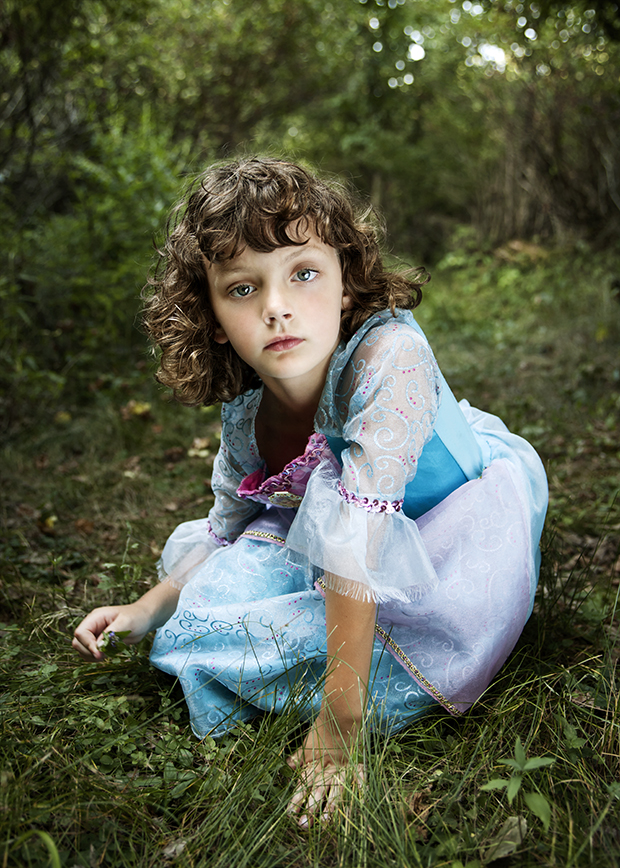 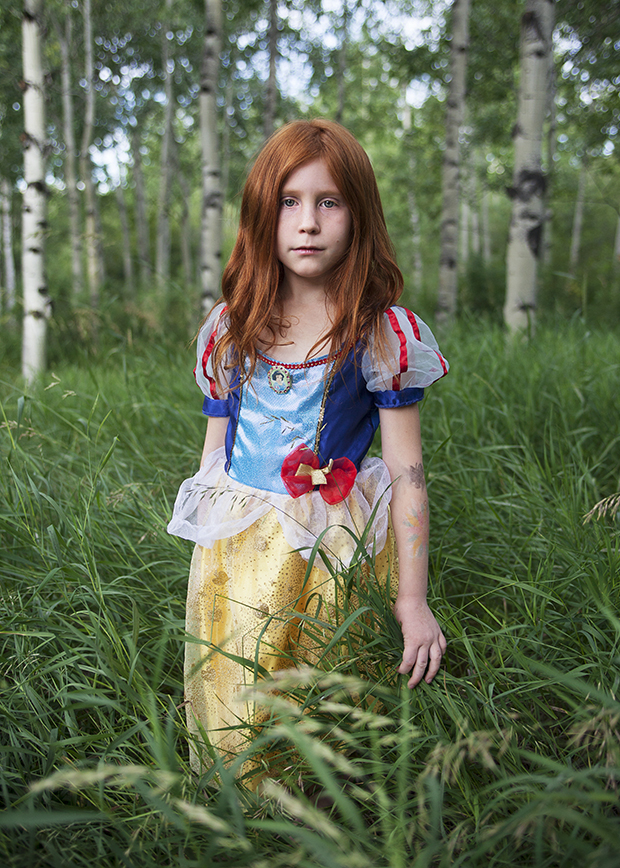 For Dress Rehearsal, Massachusetts-based photographer Blake Fitch invites girls to play dress-up, quietly observing that time in a young woman’s life when she becomes enamored with the idea of princesses and make-believe adventures. Contacting family members and friends with children, as well as approaching the parents of girls she encountered out in the world, she photographed the young princesses in their favorite Disney costumes as they romped about the New England landscape.

Fitch became concerned with princesses in relation to her own four-year-old daughter, who is now facing a media frenzy often referred to as Princess Culture, a sensation by which young girls have been taught to idolize the heavily-marketed Disney characters. Where some mothers and academics insist that the princess phase is simply a normal part of growing up, others argue that Disney princesses and similar characters place a damaging emphasis on physical beauty, conformity, and docility as key elements of a feminine identity.

In directing her gaze at the girls themselves, Fitch takes the time to genuinely listen, to question the role of princess culture without projecting any preconceptions about the phenomenon in relation to gender roles and femininity. Hoping to capture the girls as individuals rather than archetypal females, she encouraged them to incorporate their personal belongings. The gun and bow, for instance, came from home, and the girls came to the shoots bearing their own princess gowns, sometimes replacing it with a personal favorite selected from the artist’s growing collection. She set each shoot in the outdoors to find moments of exploration and courage removed from the confines of the home or domicile where female characters are too often confined.

Although the realm of princesses is of course a fantasy, it’s a fiction that runs parallel to real life, and in playing princess, each child experiments with the world of adulthood. In adorning themselves as princesses, the girls imagine in a most innocent and inquisitive way who they might become as grown women. While Fitch admits that she still feels wary about Princess Culture, she has begun to introduce the images to her daughter and hopes that someday soon she will participate. When asked what she hopes the girls see when they look at the portraits, she says simply, “Young, powerful little women.”

The work will be on view at Miller Yezerski Gallery in Boston this fall. 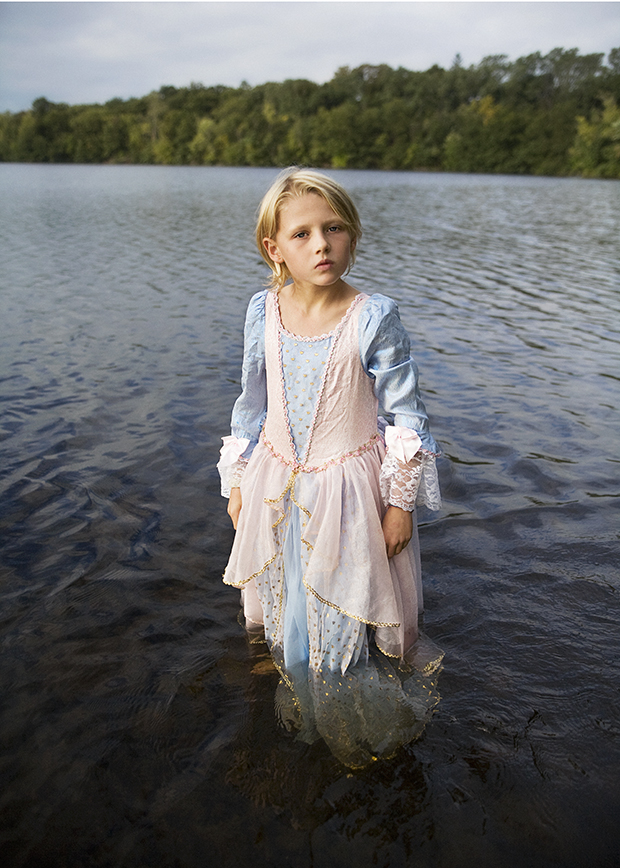 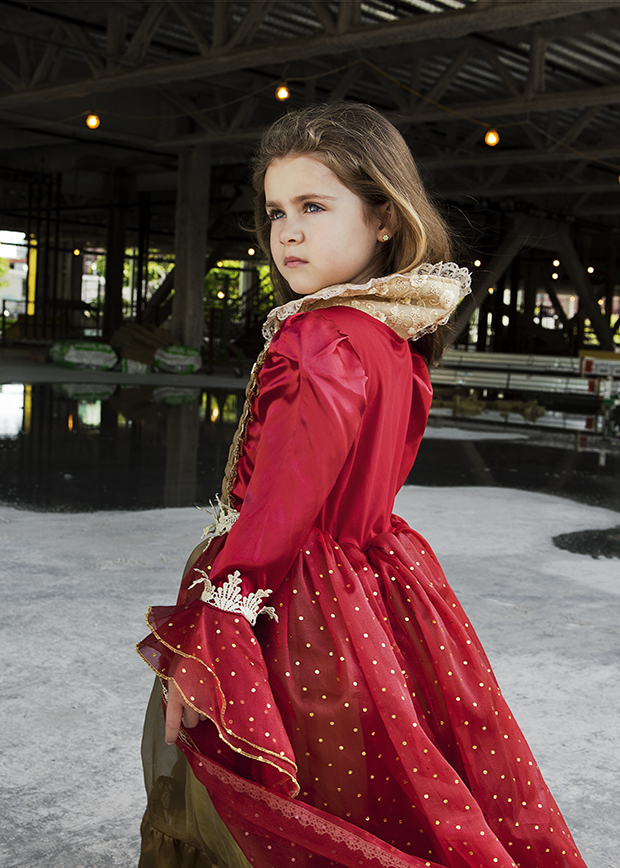 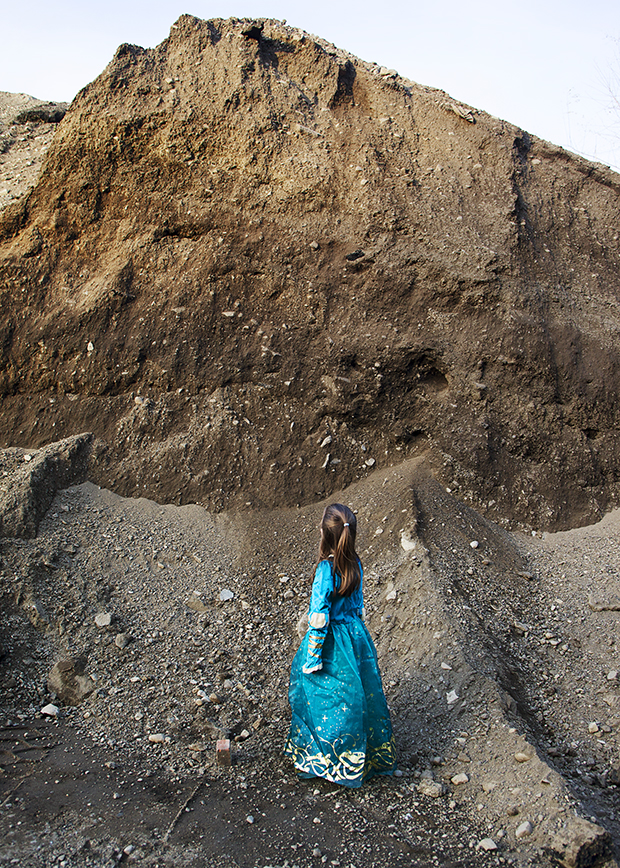 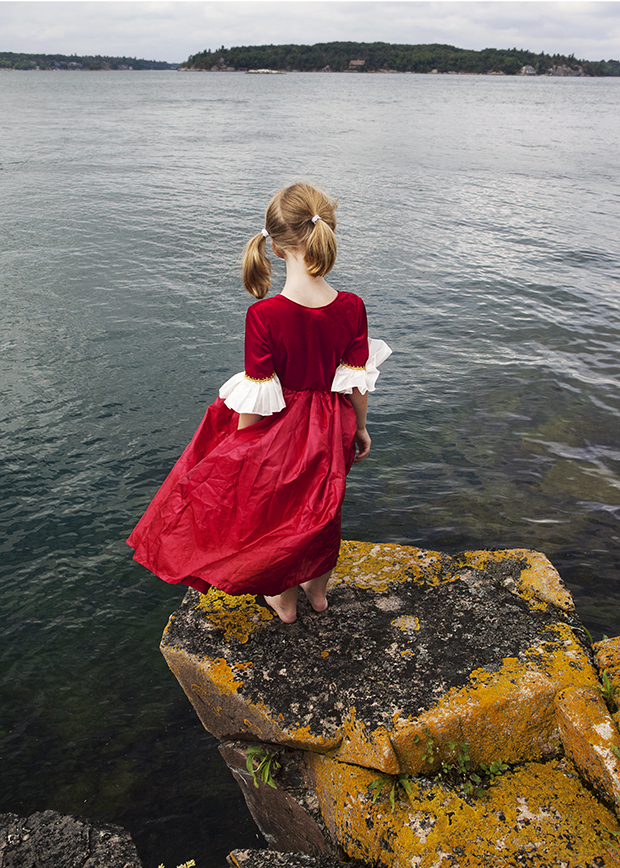 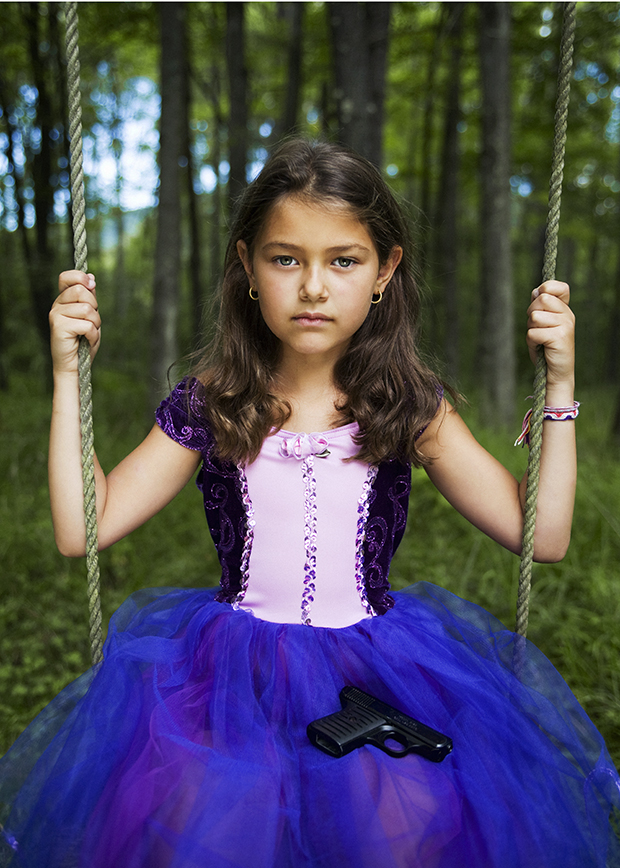 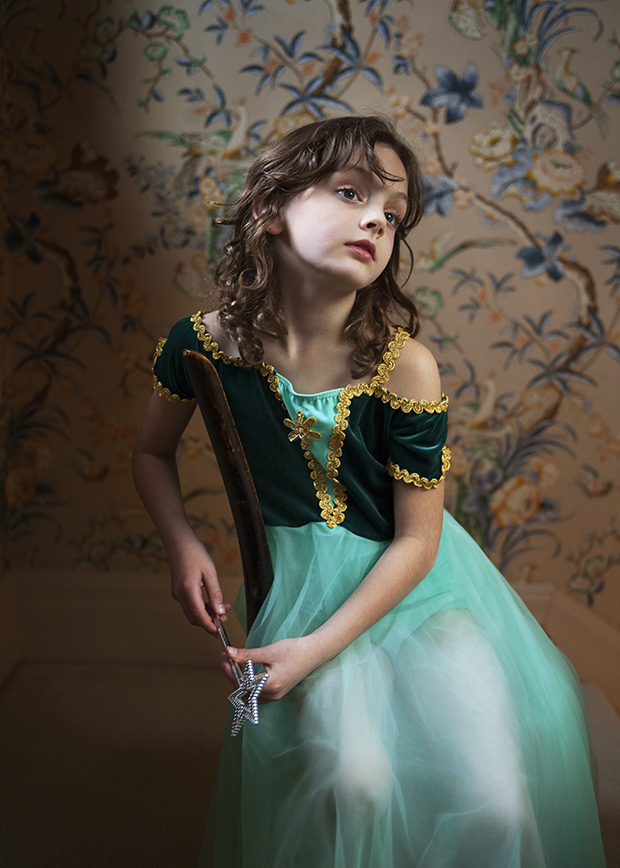 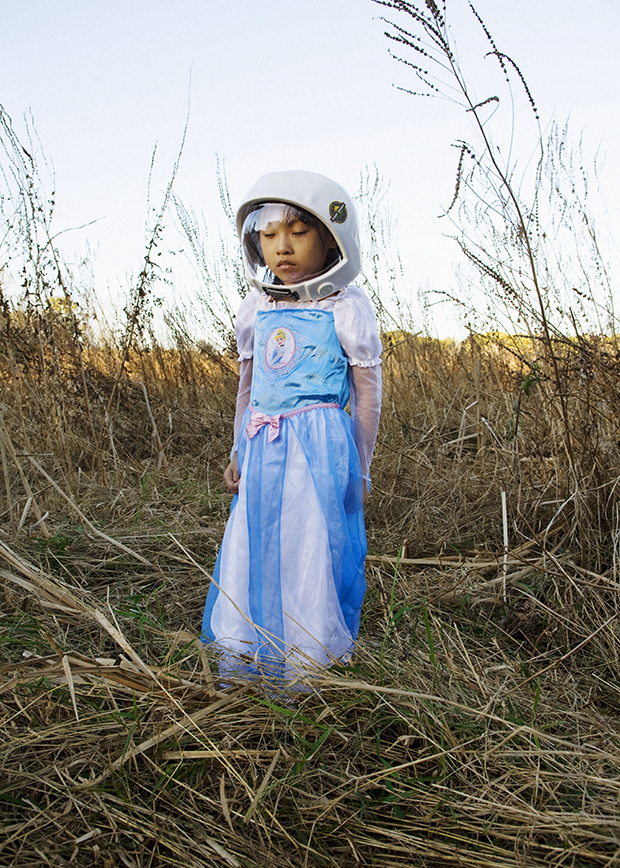