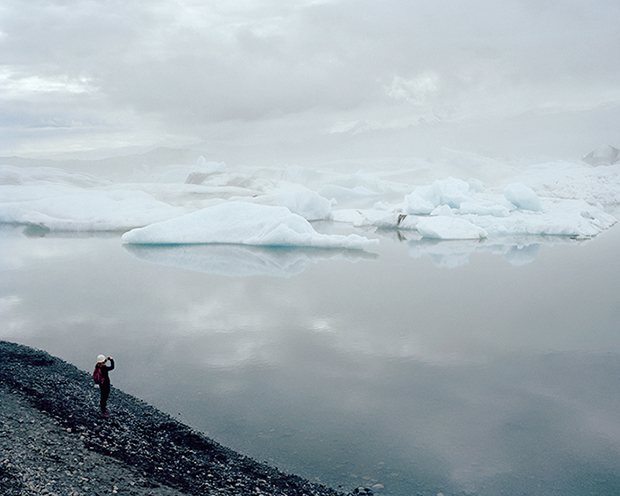 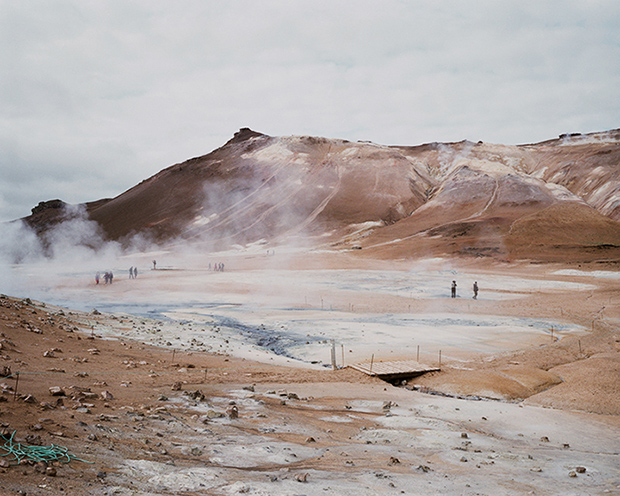 For Places of Interest, Glasgow-based photographer Peter Holliday captures the Icelandic landscape in the vein of the great Romanic painters, capturing mankind as he exists within sprawling and infinite terrain.

Holliday chose Iceland in the summer for its almost surreal daytime luminescence and extended sunsets. For two weeks in 2014, he began the project, keeping in mind the Nordic traditions of artists like Kevin Cooley, Olaf Otto Becker, and Ville Lenker. For him, the goal was to revisit the oft-photographed land through an unexpected lens, and he chose tourist hotspots because of the obvious human presence that ebbs and flows throughout the day.

As seen through Holliday’s gaze, the Icelandic terrain is colored by our cultures and perceptions, our human concepts mapped out across its surface. On the site of the 1973 Eldfell eruption, which devastated the surround Heimaey island population, a wooden cross stands dwarfed but resilient against the unpredictable volcano.

Holliday, who also draws inspiration from the New Topographics photographers and the likes of Joel Sternfeld and Martin Parr, injects his poetic vistas and sparkling icebergs with a potent dose of realism, as seen through the inclusion manmade structures that impose upon the environment even at significant distances. Through his gaze, Iceland emerges both as a mythological space wherein we might project our own desires, hopes, and fears, but also— perhaps more startlingly— as a piece of nature irrevocably altered by our presence. 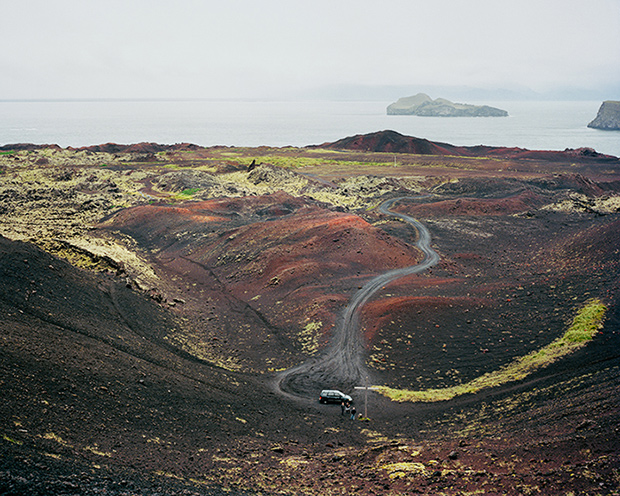 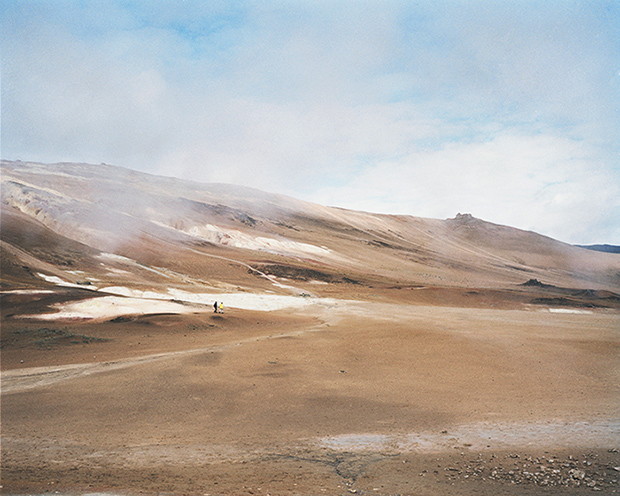 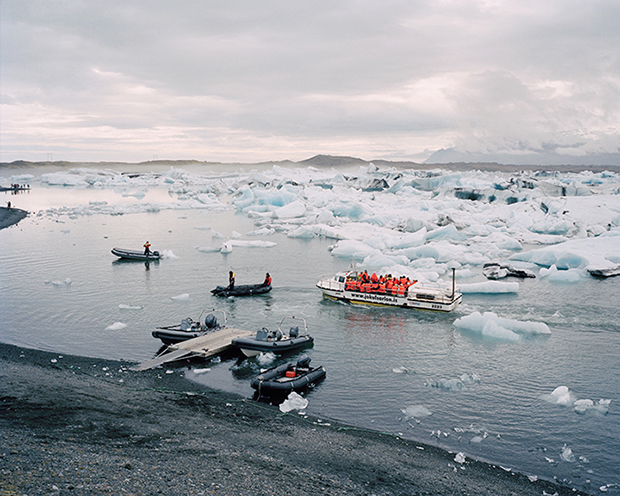