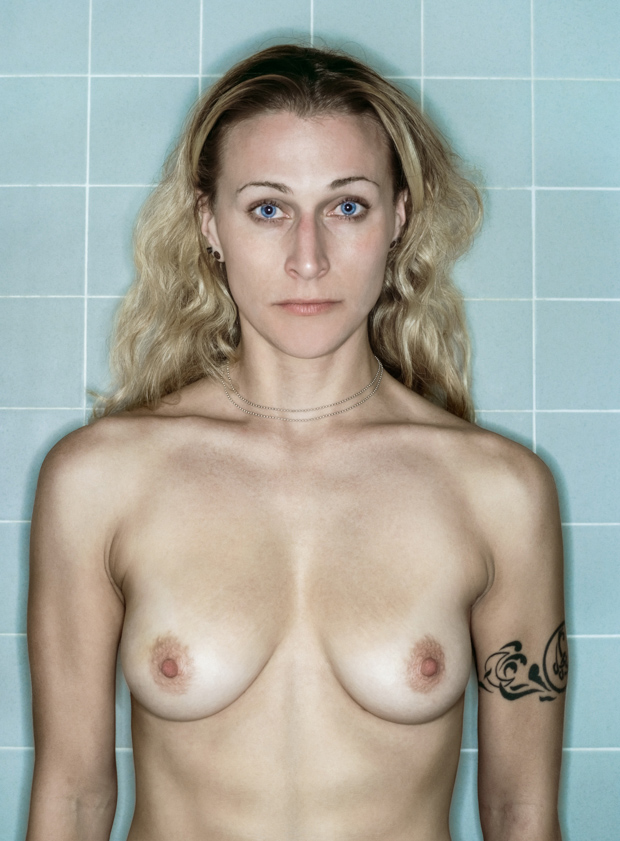 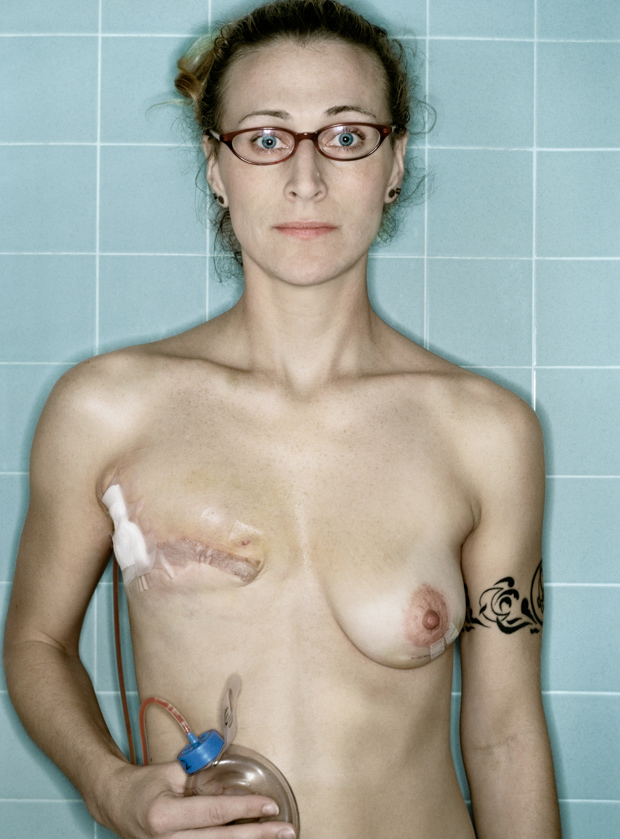 After she was diagnosed with breast cancer, San Francisco photographer Kerry Mansfield stood in the shower of her small apartment, set up her camera, and closed her fist around its cable release. For the artist, the images began in 2005 as private documents of her body as it existed before her mastectomy and chemotherapy, and regular portrait sessions continued as a way of cataloging the painful road ahead.

For Aftermath: Battling Breast Cancer, Mansfield captures over one and a half years of her treatment within the close confines of her bathroom. The faded blue tiles that line its walls, she notes, recalled for her the coldness and sterility of her medical routine. As a visceral and subjective narrative plays out against this unchanging and impersonal backdrop, even the smallest gesture becomes imbued with significance, preserving these rare and confidential moments in which to reflect—and grieve— upon the demanding days proceeding and to anticipate those to come.

In chronicling her journey, each instant in Mansfield’s life became something ephemeral and precious, even those times that were permeated by heartache and loss. One setback while creating the project occurred when the camera’s battery began to flounder, leaving her with dozens underexposed frames. Ultimately, she admits, the loss of these images taught her the extent to which the project—and her life— was surrendered to fate, regardless of her intentions.

Mansfield only returned to the images two years after their creation in 2007, and ultimately chose to release them publicly. The decision, she explains, is one that is still marked by a slight frisson of regret. Looking back at them, she feels the phantom presence of her injuries, a sensation that she refers to as “a dark veil of chemo.” Over time, she has habituated herself to see the woman in the photographs as somewhat detached from her current daily goings on, and yet encountering the images unexpectedly sometimes causes her breath to snag.

These days, Mansfeild tells us that that she’s thriving, “both physically and figuratively.” Her significant other, she adds, loves every inch of her body; “he says [the loss of one breast] makes it easier to focus on one,” she writes. Since Aftermath, she has created critically-acclaimed bodies of work and is working on releasing more books. “All in all, I’m a very lucky person indeed,” says the artist. 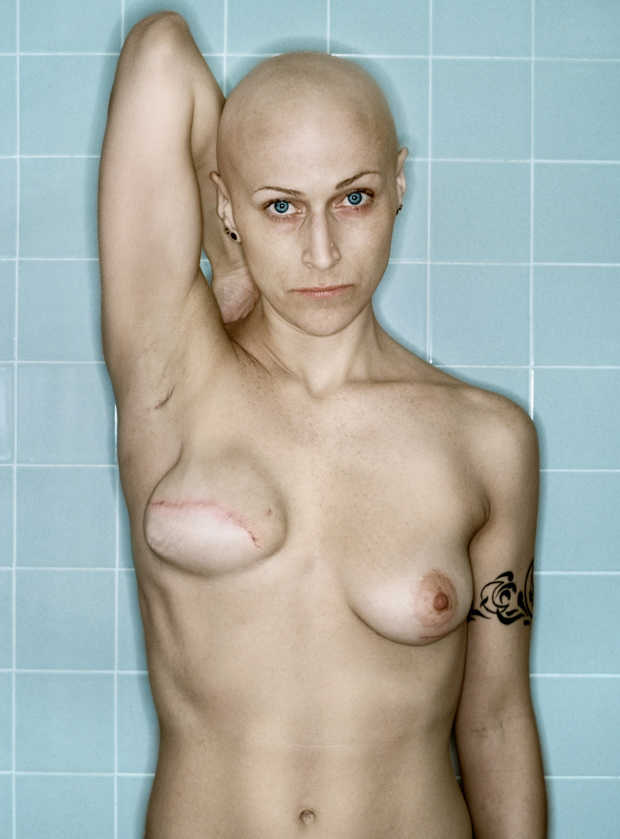 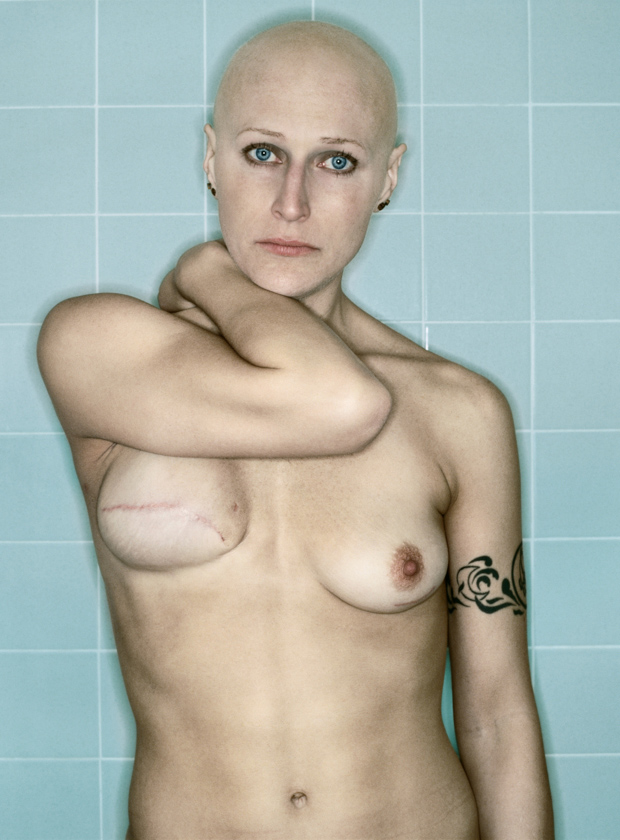 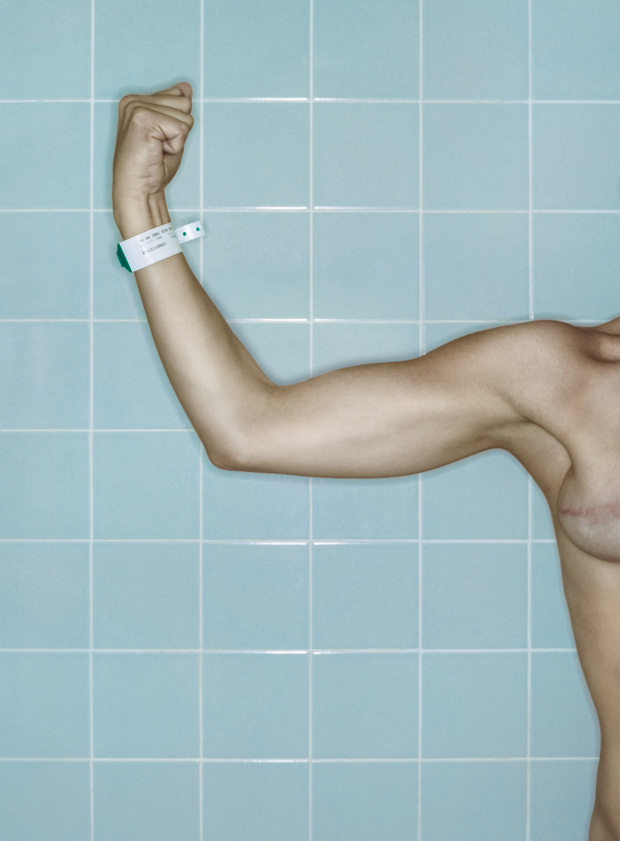 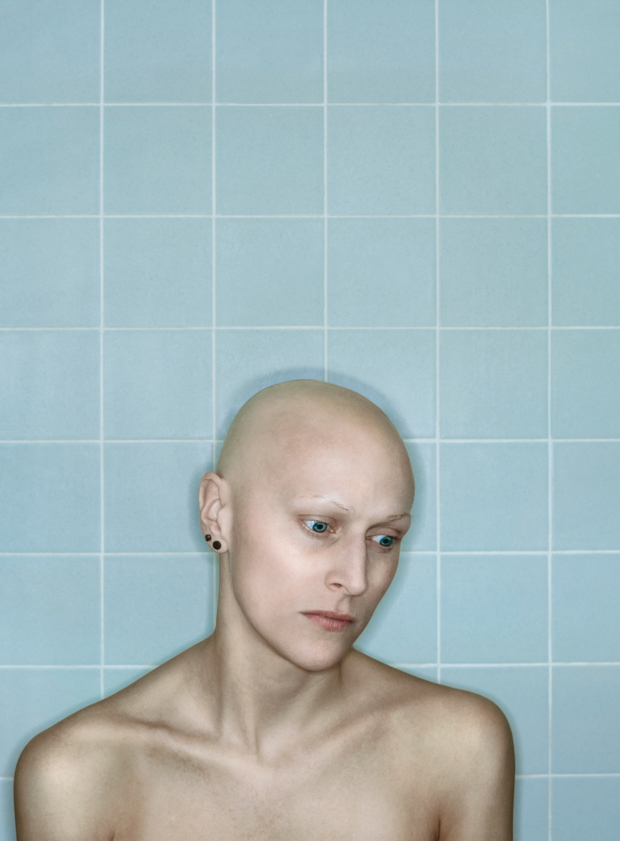 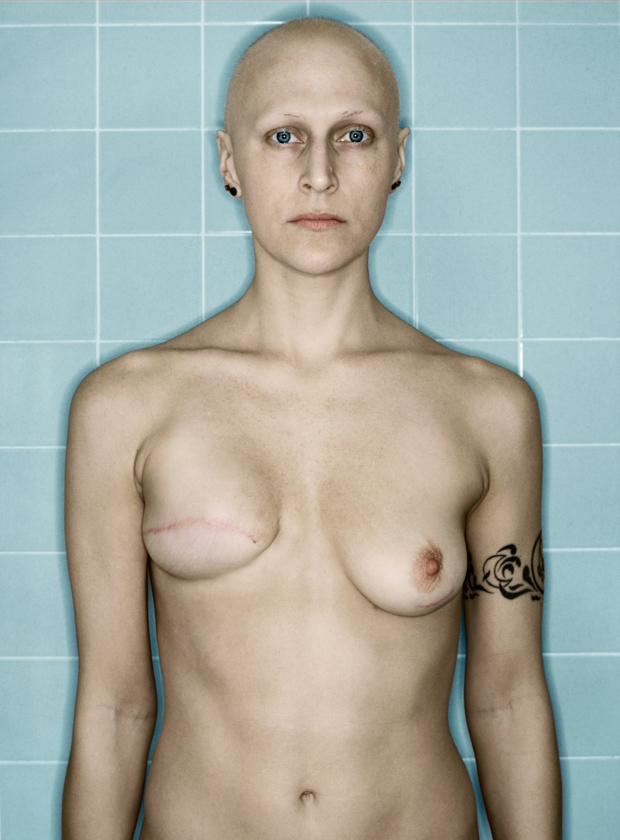 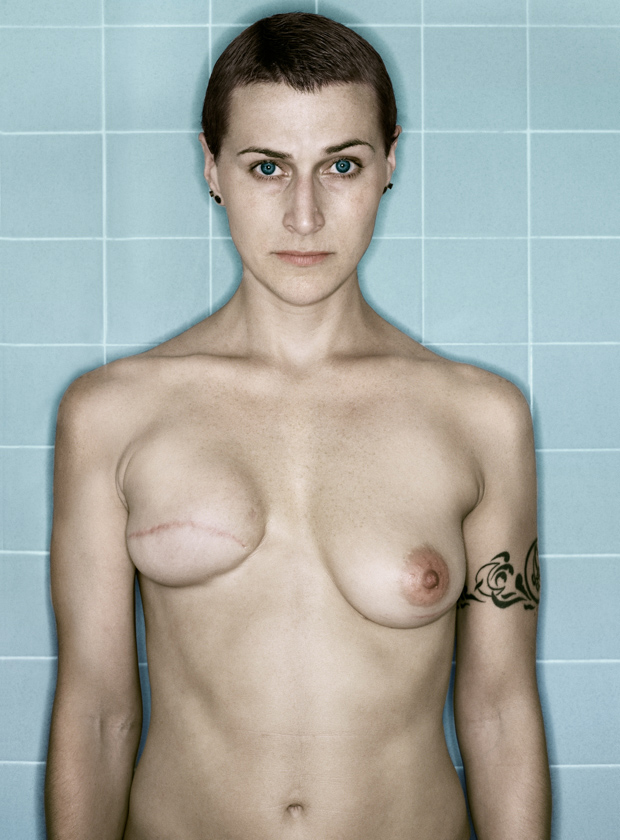 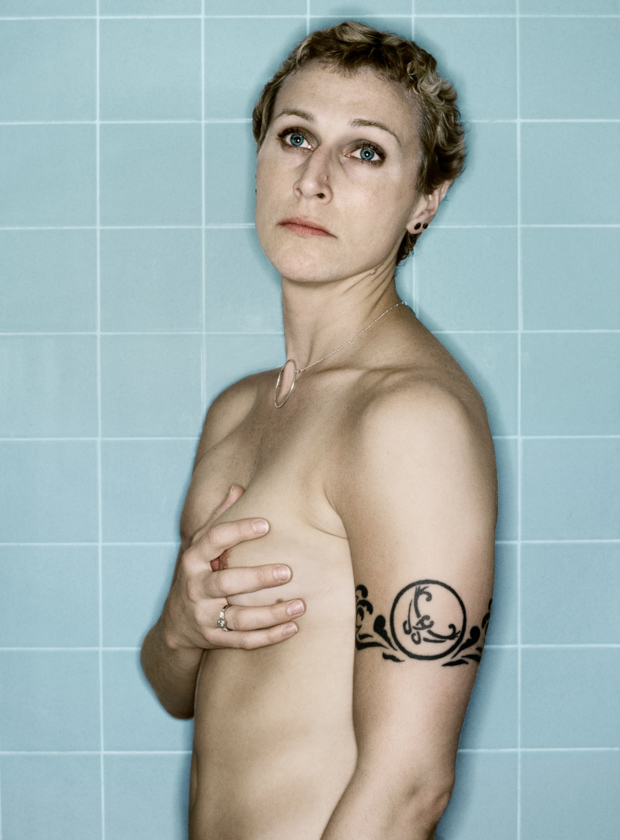 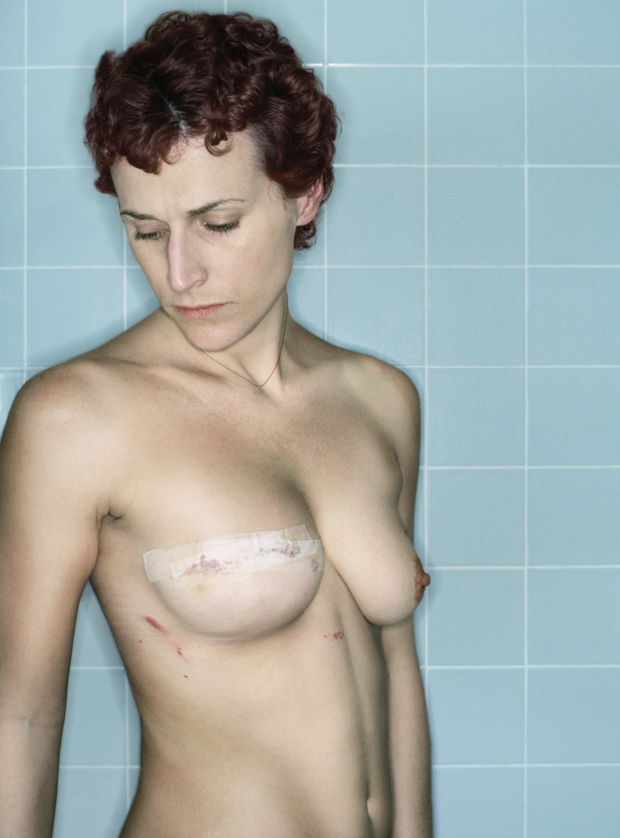 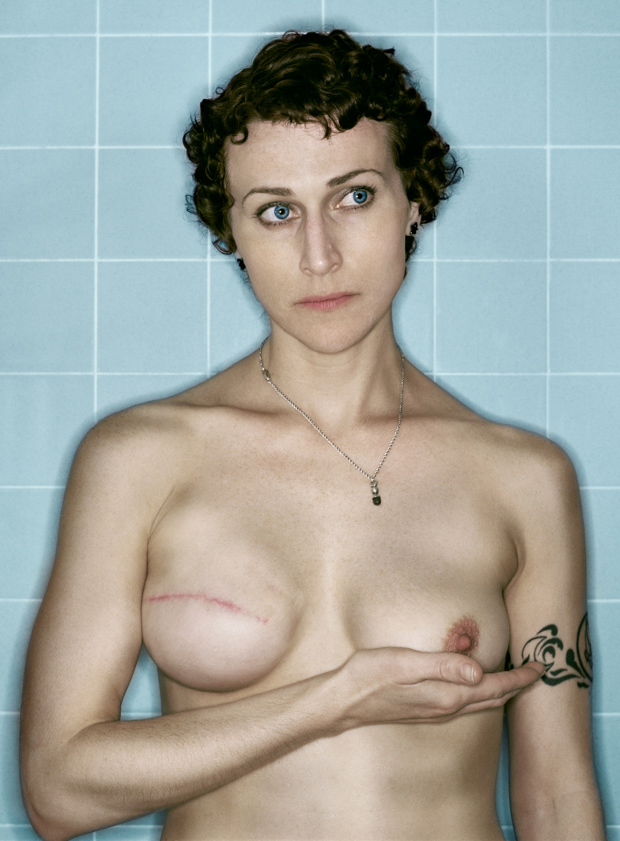