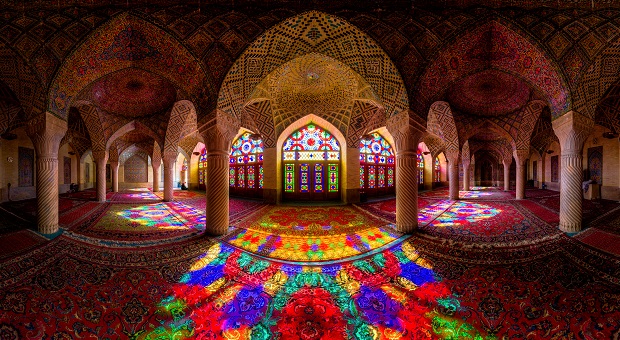 The Pink Mosque, or Nasir al-mulk Mosque, is a historical site located in Shiraz, Iran.

Vakil mosque was built in the 18th century, during the Zand period. It is located in Shiraz, Iran and covers an area of 8,660 square meters.

About five years ago, Iranian photographer Mohammad Reza Domiri Ganji came across a series of photos from the interior of the Egyptian pyramids. That made him wonder whether he could take photos of historical sites as well. A self-taught photographer, he started to experiment with panorama, monument and landscape photography. In this series of photos, he captures the interplay between light and symmetry inside Iranian mosques, showing the world a rarely seen side of the country.

Ganji’s goal is to portray places of worship from unexpected points of view. And the insight his photos give is indeed quite unique. Mosques are normally very crowded, and many of them do not allow professional photography equipment inside. Ganji has to go through complicated permit requests days before a trip, and even that does not always guarantee his access. 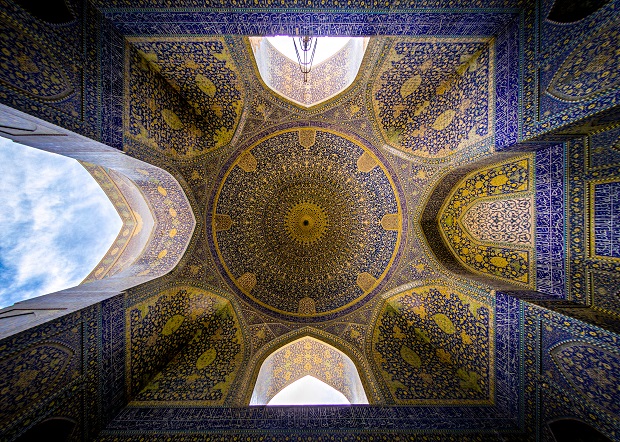 The Shah Mosque, also known as Emam Mosque , is a mosque in Isfahan, Iran, on the southern side of Naghsh-e Jahan Square. It was built during the Safavid period. 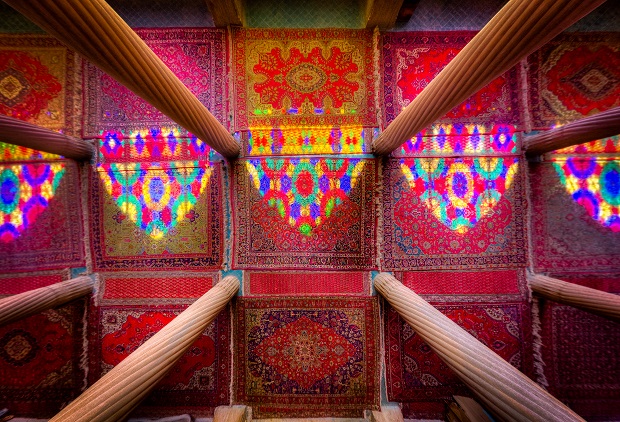 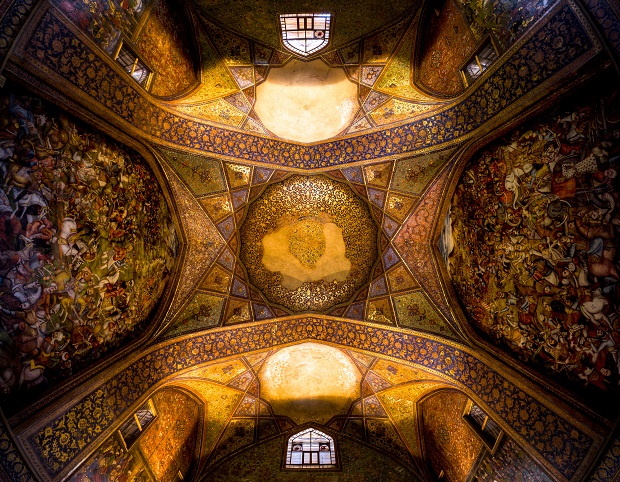 Chehel Sotoun palace (literally, “palace of Forty Columns”) is located in Isfahan. It was built by Shah Abbas II to be used for his entertainment and receptions. This image is showing the Ceiling of its main hall. 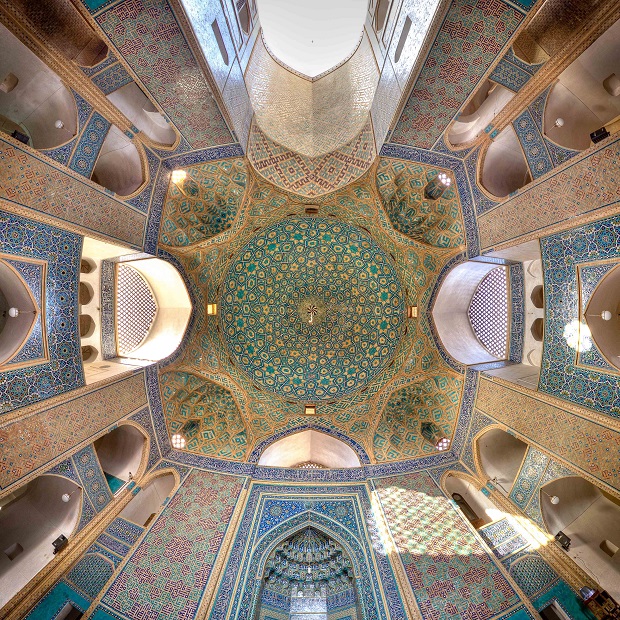 Also known as yazd grand mosque, it is one the most papular historical sites in Yazd, and it is stil in use. 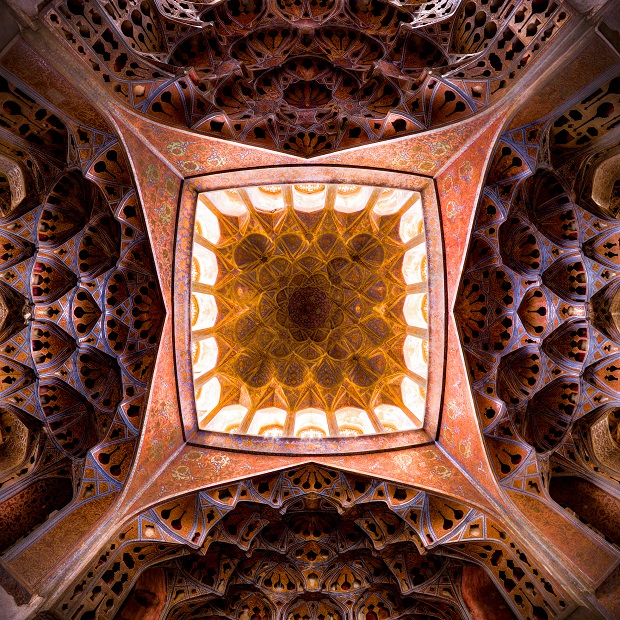 This shows the plaster ceiling of the music room of Aliqapu palace. Aliqapu is located on the western side of the Naqsh-e Jahan Square opposite to Sheikh lotf allah mosque and had been originally designed as a vast portal. 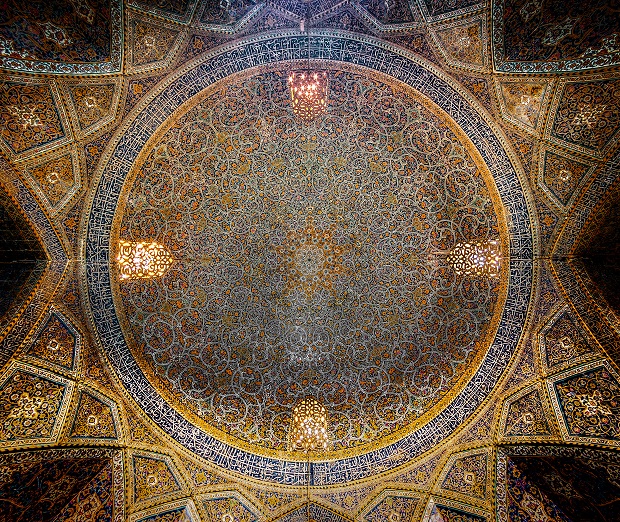 Seyyed mosque is the biggest and the most famous mosque from the Qajar era in Isfahan. It was founded in the middle of the 19th century. 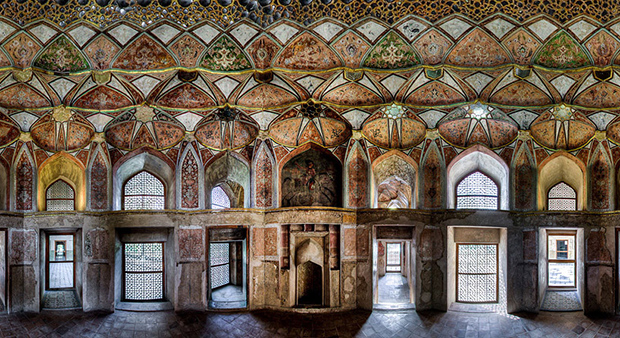