Photos Capture the Diverse Community of a DIY Skatepark in Cleveland 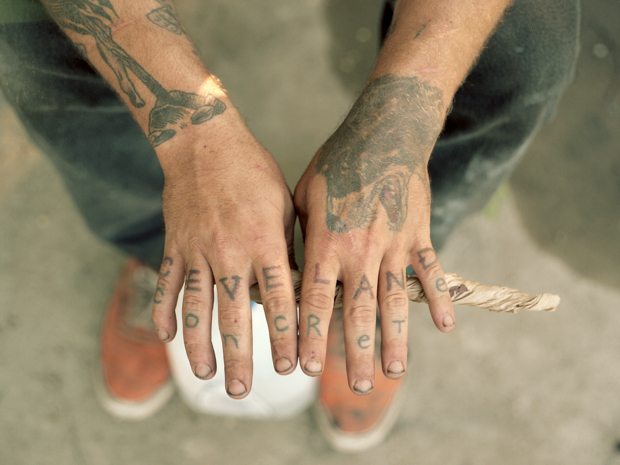 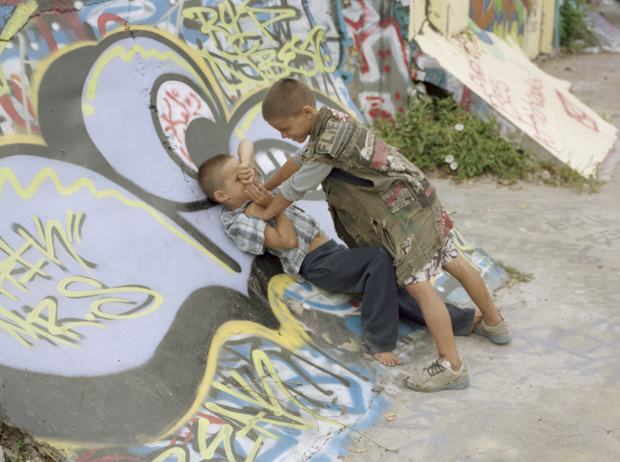 Cleveland-based photographer Ricky Rhodes first visited the deserted DIY skatepark at a friend’s invitation on a bitter January afternoon in 2013. In the summer of the following year, he returned to discover a flourishing community of skaters, street artists, and children who had made their home within. Day in and day out, he frequented the park, gradually gaining the trust of its regular crew, who devotedly spent their summers building new ramps, creating elaborate graffiti art, and holding the occasional birthday party.

The skatepark, which runs off of a main street in Cleveland, is sequestered by a thicket of trees, obscuring it from view. The community’s main caretaker is Andre, a man who lives in a plywood structure in the wooded area that surrounds the park. His home was constructed by the local community, and he takes responsibility for keeping the park clean and peaceful.

Members of the DIY skatepark crew are as diverse as can be imagined, representing all ages and backgrounds. One aspires to be a comedian; another, a musician. Some have a place to go home to, and others don’t. There are gentle spirits, lost souls, and everything in between. Within rhw world of the skatepark are Jayden and DJ, a pair of youngsters who feel more at home in the park that they do with their own family.

The park, says Rhodes, is funded by professionals who volunteer their time to construct ramps in between jobs around the world. Within this neighborhood, composed of industrial buildings and low-income housing, the DIY skatepark becomes a beacon of creativity and community, bringing together a varied and complex group of people united by a single cause. 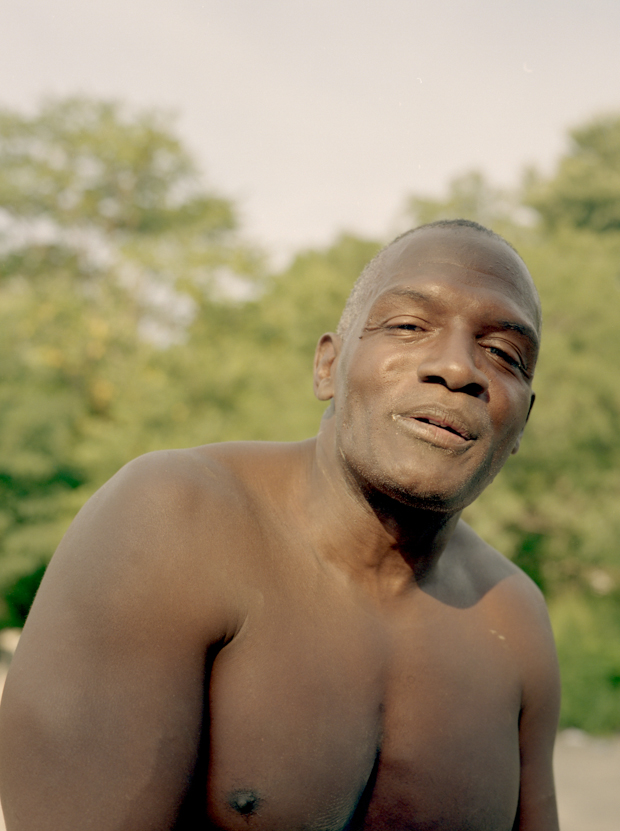 Andre is experiencing homelessness and has lived in the woods behind the skatepark since the first day he arrived. September 2014. 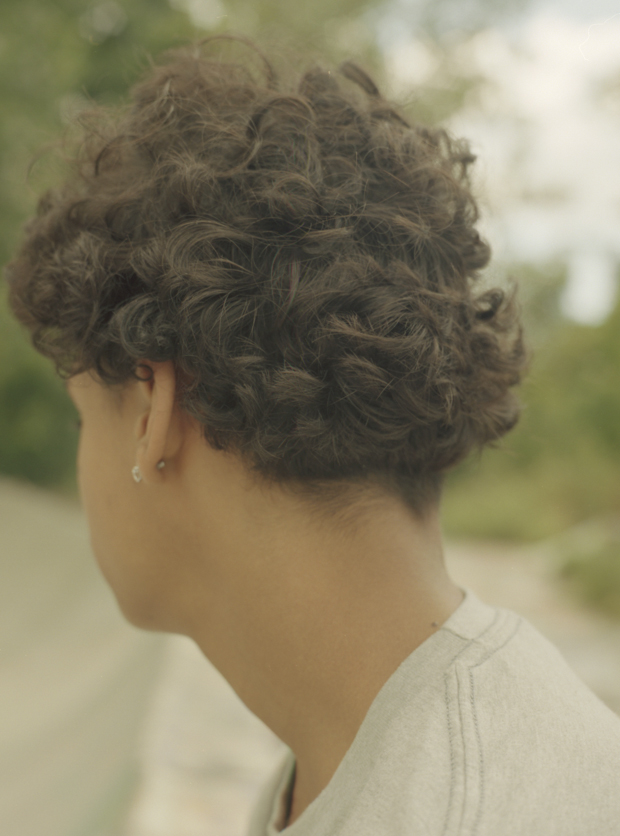 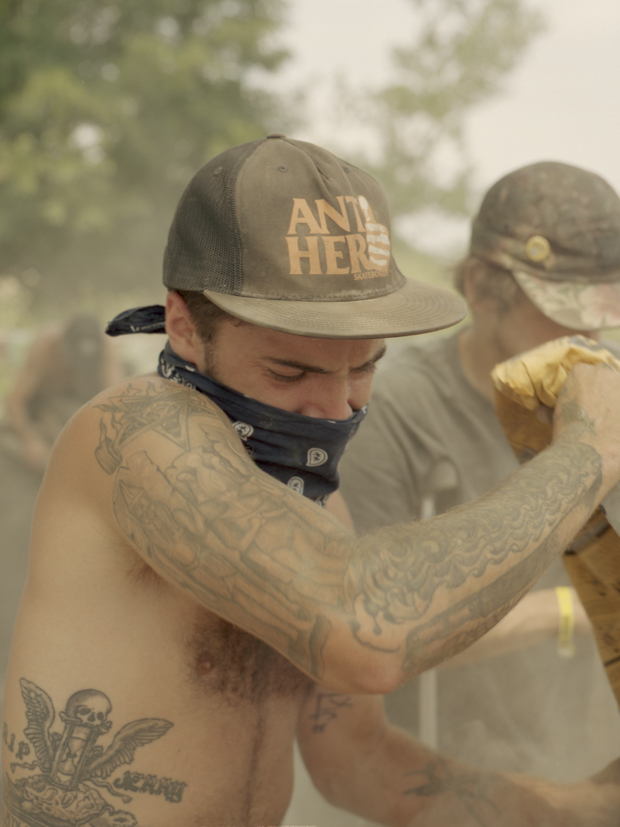 Mikey mixing concrete. Mikey is a regular at the Queen Ave. skatepark and also helped build the City of Cleveland’s new skatepark. September 2014. 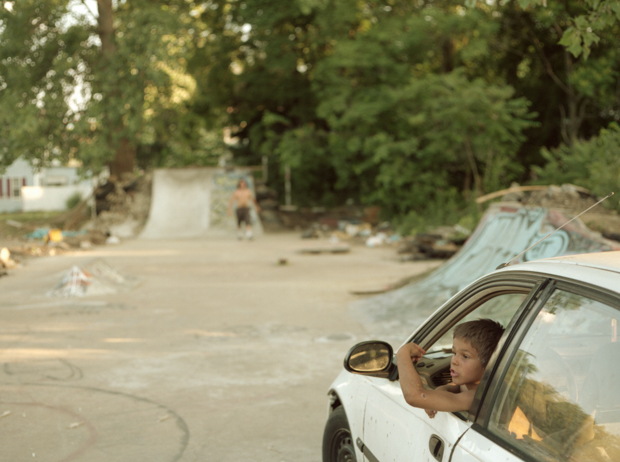 Neighborhood kid D.J. in the driver seat of Cory’s car. D.J. lives across the street from the skatepark. June 2014. 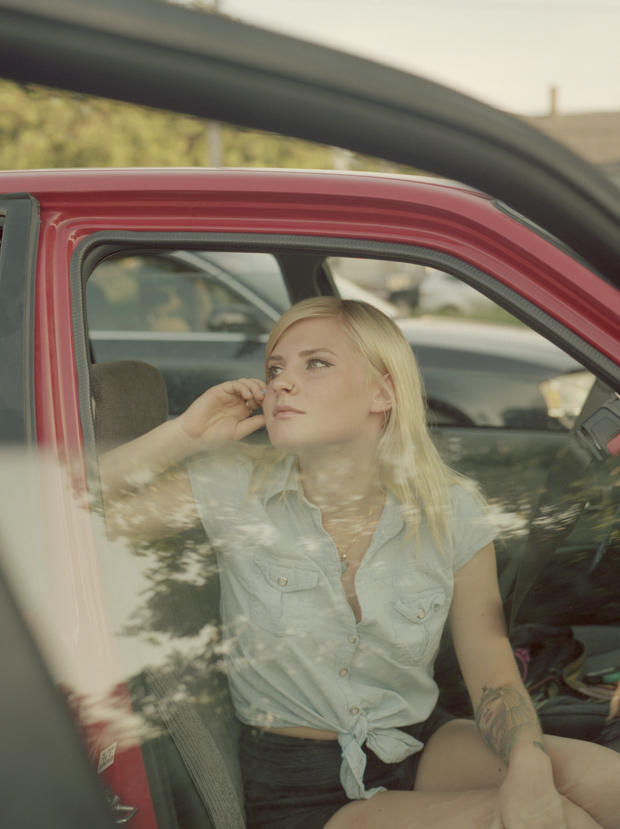 Ellie sits in the passenger seat of her car. Ellie is Mikey’s girlfriend and always hangs out at the skatepark. September 2014. 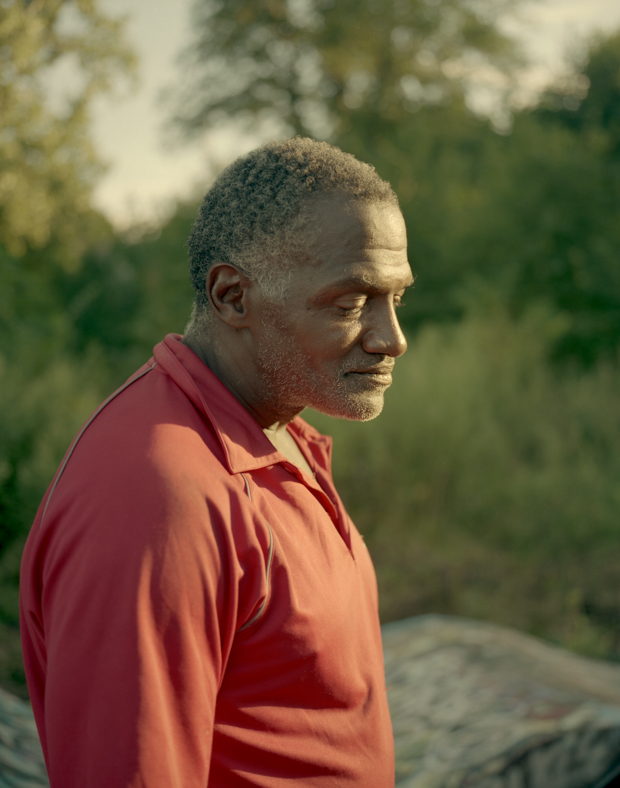 Andre. The shed the neighbors built for Andre in the woods recently burned down in the middle of the night. September 2014. 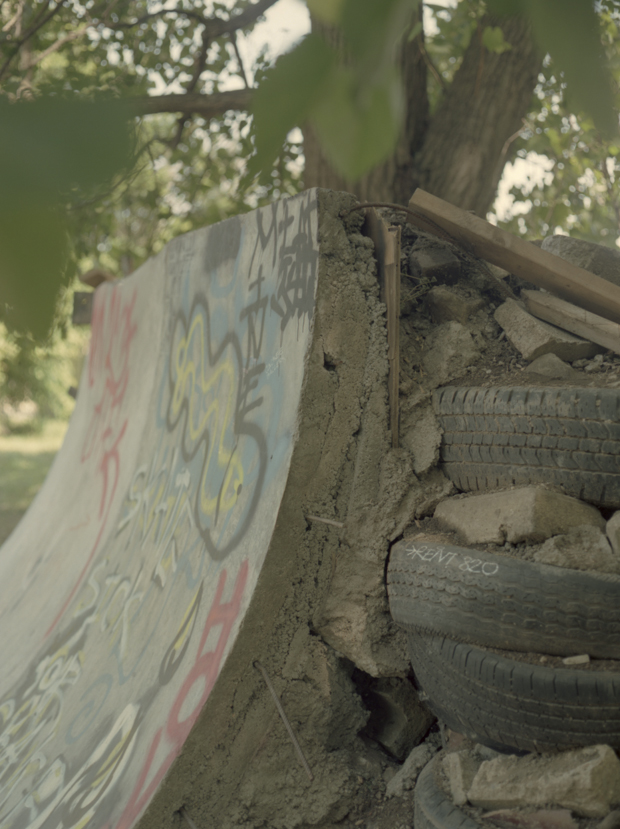 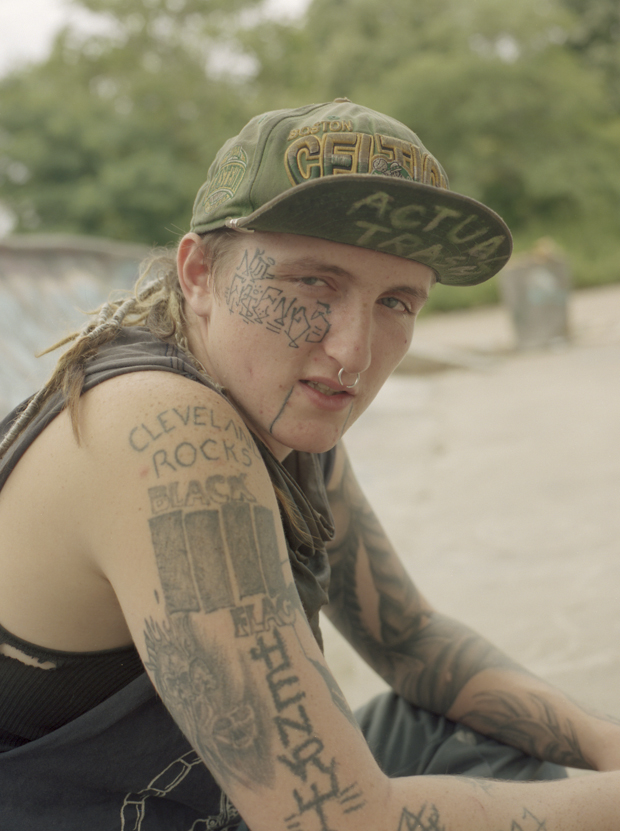 Alistair. Alistair was in jail most of the summer but spent most of his time at the skatepark once he was released. September 2014. 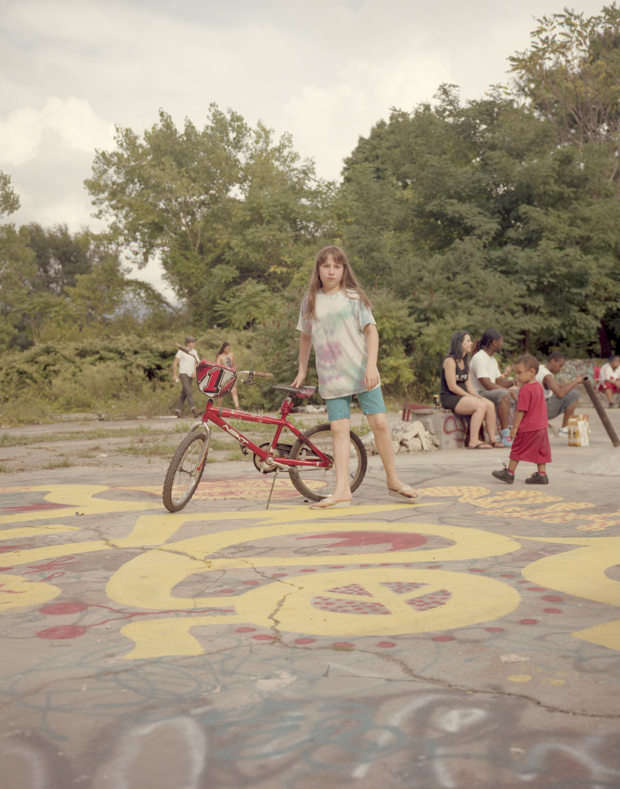 Neighborhood kids hang out at the Queen Ave. skatepark during a party. October 2014. 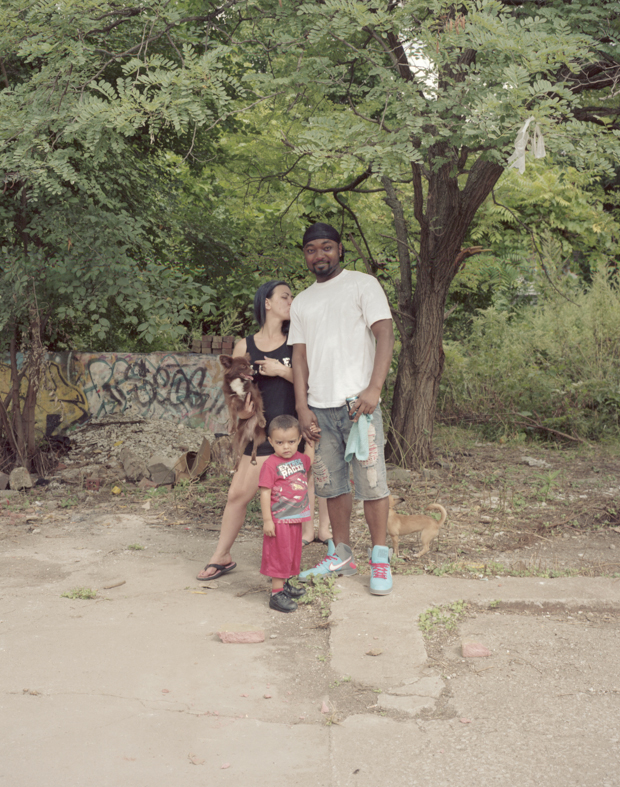 Cory, his girlfriend, nephew and their dogs in the shade. October 2014. 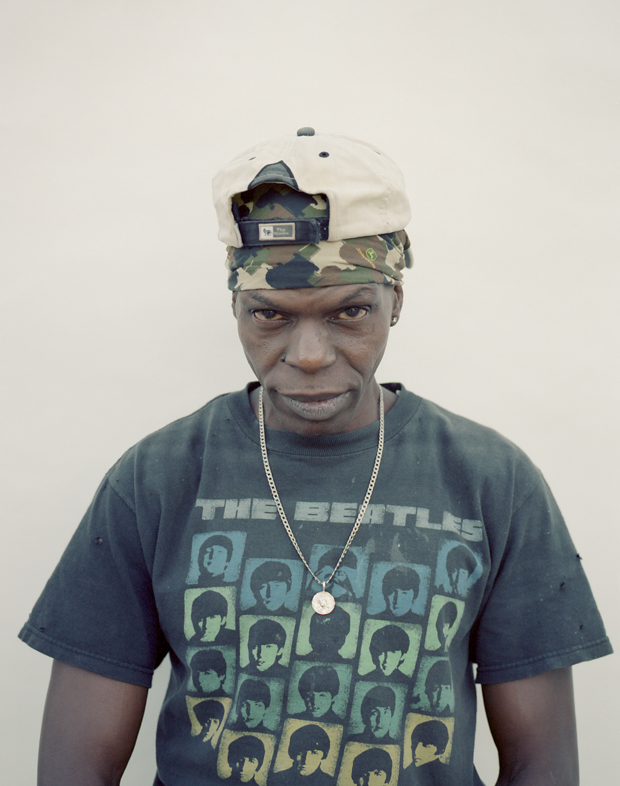 Clyde. Clyde did 9 1/2 years in prison and has volunteered at a church ministry since his release 10 years ago. September 2014. 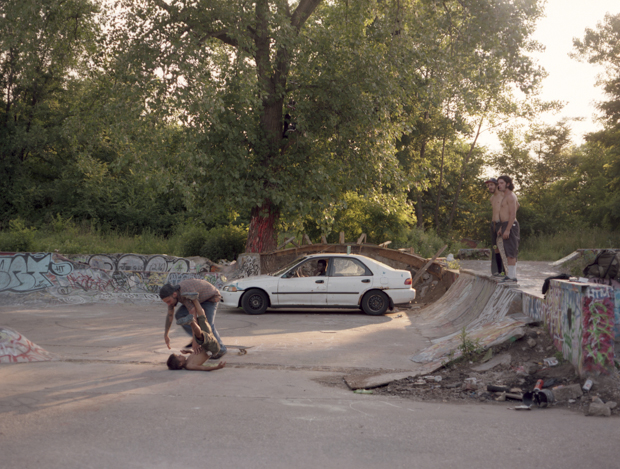 Mikey hits D.J. after dropping in as Murl, Willy and Melon watch. June 2014. 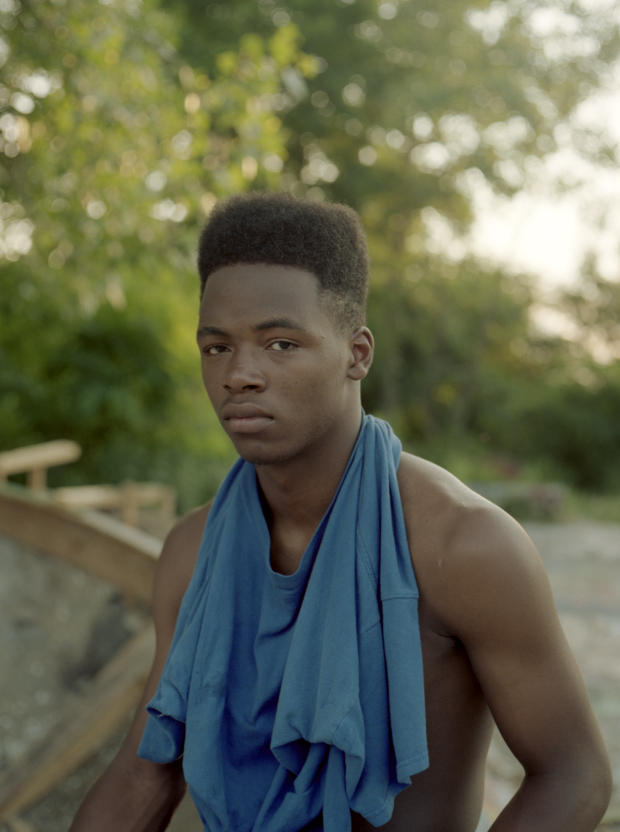 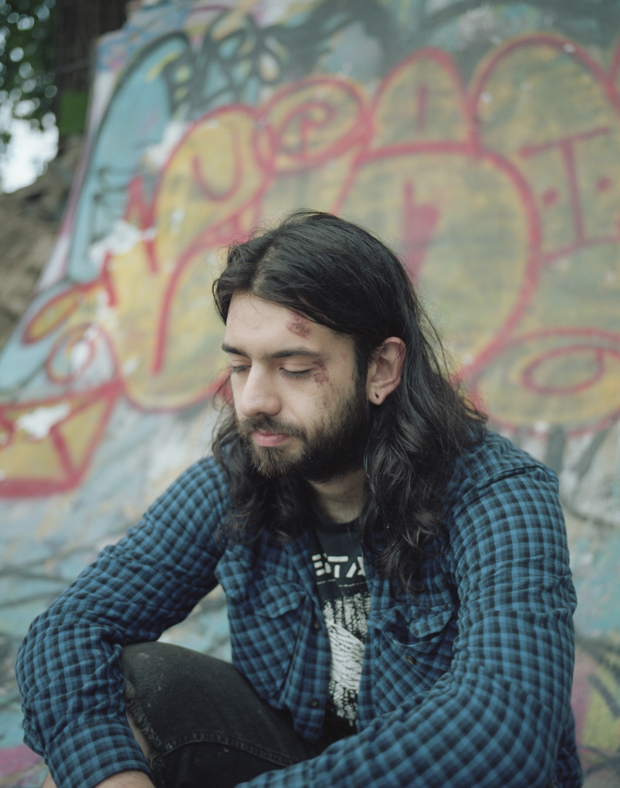 A man with scabs on his face that he got while running from police. September 2014.