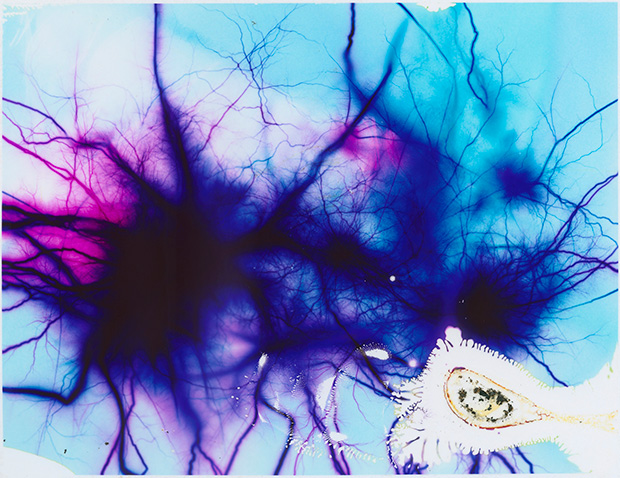 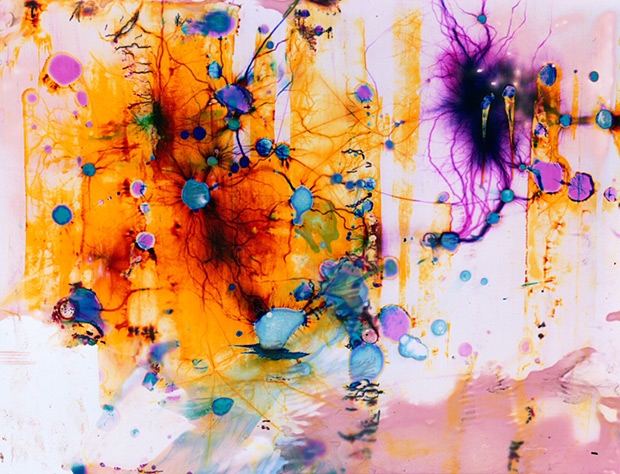 For High Voltage Image Making, Brooklyn-based artist Phillip Stearns fundamentally alters the structure of color film by administering as many as 15,000 electrical volts to its surface, producing a resultant print set ablaze with woven Lichtenberg figures.

The project began when Stearns serendipitously discovered a treasure trove of instant color Fujifilm. Lacking the required 4 x 5 polaroid camera and having come into contact with the work of William Miller, who used a broken polaroid camera to create abstracted images, he experimented with introducing developer and light at odd moments, and ultimately arrived at the concept of using a neon transformer to fry portions of the film. The neon tube, he explains, is outfitted with two electrodes, the first of which he connects to a copper plate. Setting the film atop the plate, he manually brings the second electrode in near contact with the film and the metal plate that lies beneath it.

Often, the artist introduces elements found around his house, carefully applying bleach, window cleaner, salt, alcohol or baking soda prior to the electric process, causing the emulsion to break down in ever more mysterious ways. While he admits that much of the project’s appeal lies in its spontaneous nature, he is able to control some variables, including to some extent, color, which is altered depending upon the choice of household chemicals.

Here, Stearns marries the electronic element of digital photography with analog chemical processes, revitalizing the nostalgic medium of polaroid snapshots within the context of scientific innovation. In merging the past and the present, he creates timeless, archetypal visions that inspire obvious associations with neurology, microbiology, and astronomy. These images, unlike traditional photographs, record not what is observable to the human eye but rather the invisible currents that drive our existence. In this way, the destruction of film— as seen through its electrocution— gives way to a rebirth that is both thrilling and unpredictable.

Four images from Stearns’s portfolio are currently on view at Transfer Gallery as part of his solo show Evident Material. 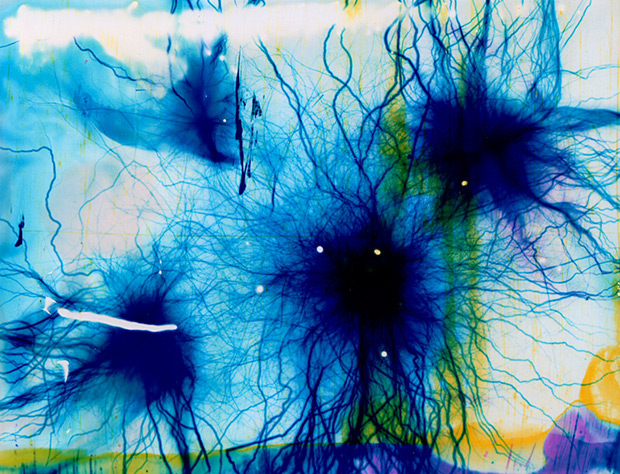 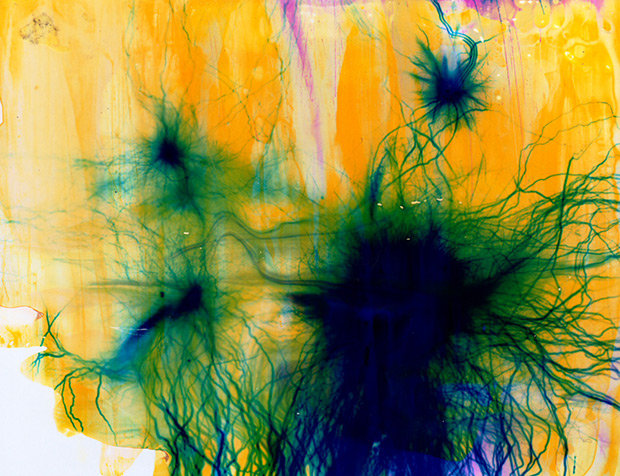 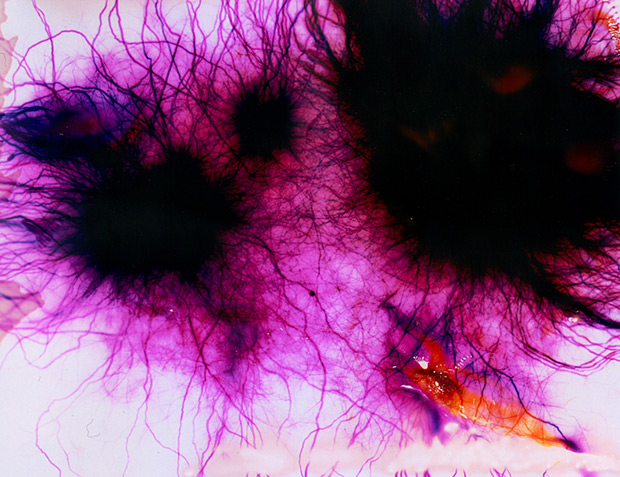 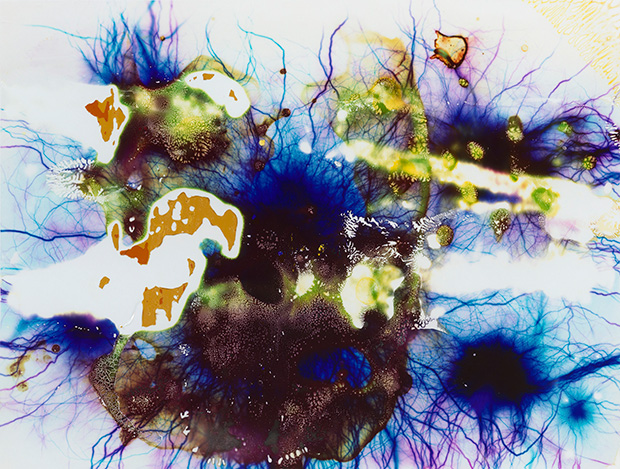 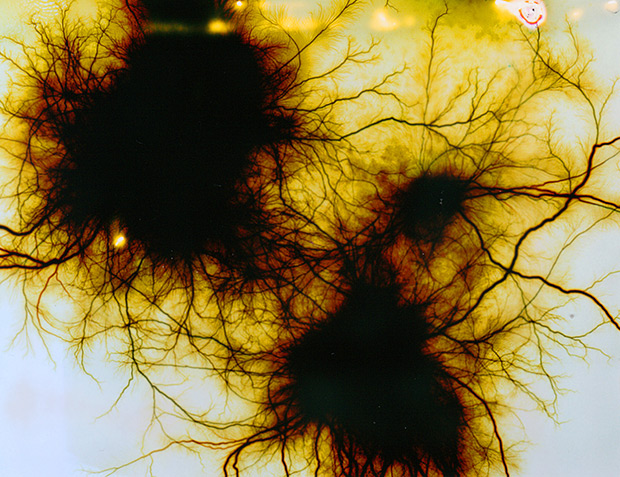 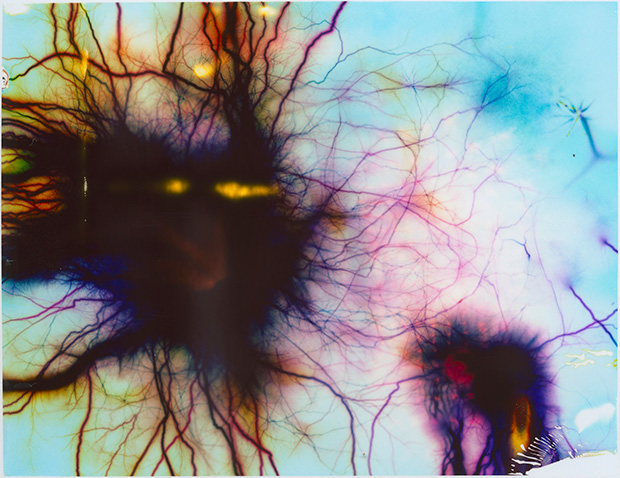