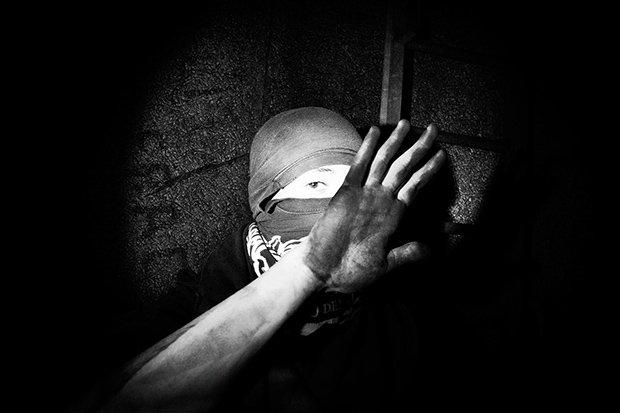 Rome, 2013. In front of the emergency exit stairs. 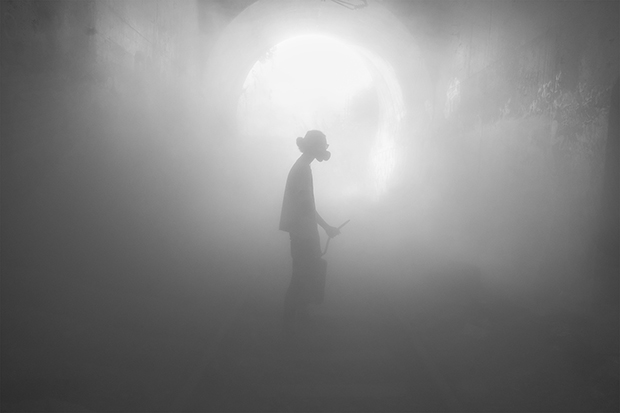 Rome, 2013. A fire extinguisher is used in a train tunnel to escape more easily from security guards.

As a former member of the subculture, Polici slowly found himself drawn from the trenches of criminal activity towards the only slightly more detached documentation of the rituals, hopes, and fears of his young comrades. Dubbing graffiti artists the original couch surfers, he explains that he traveled throughout wide circles of international friends and acquaintances, gaining the trust of his subjects with his own personal experience. His protagonists transcend stereotypical visions of street kids, with representatives from all different classes, backgrounds, and with ages ranging from adolescence into middle age.

For the artist, this band of brothers is united not by personal history but by an intrinsic desire for recognition. To an outcast, lost, or disillusioned soul, there is no greater retribution than emblazoning one’s name on the sweeping surfaces that line a modern metropolis. For many, being photographed heightened the grandeur of their actions, framing them both as bandits and as modern-day heroes.

Polici sees the lifestyle as a means to a permanent state of adolescence, liberated from the confines and expectations of adulthood. But like the teenage years, the life of a graffiti artist is fragile, punctuated by arrests and even jail time, depending upon the laws of his hometown. While life on the darkened streets affords an exhilarating departure from the monotony of daily life, it brings with it a dizzying sense of confusion and alienation, as seen through the haze of midnight break-ins and winding underground corridors. These misadventures, at once intoxicating and dangerous, cease to be a rite of passage and become rather an abiding lifestyle, bringing with them the empowerment of the ego, and paradoxically, a disorientation of the self. 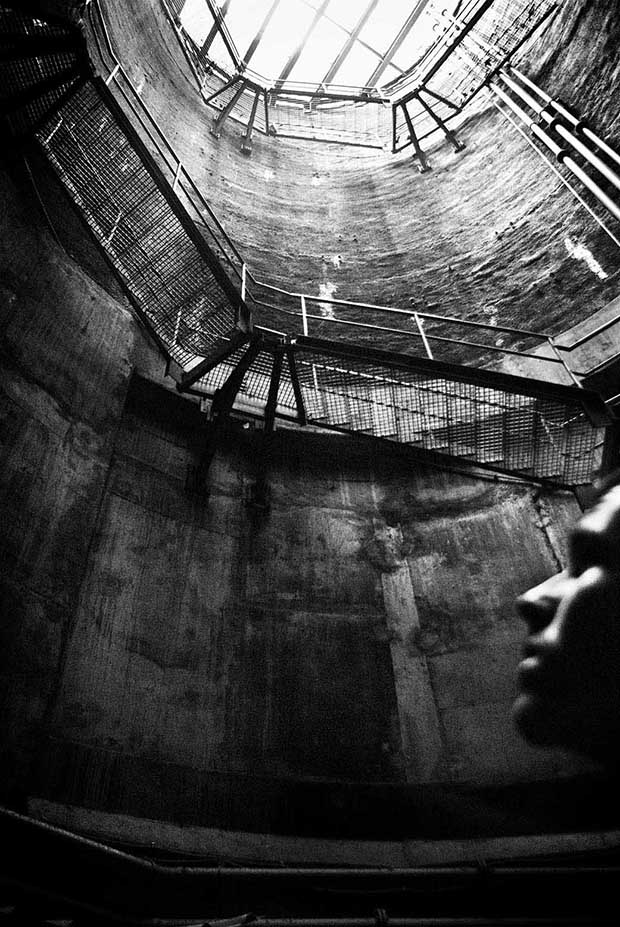 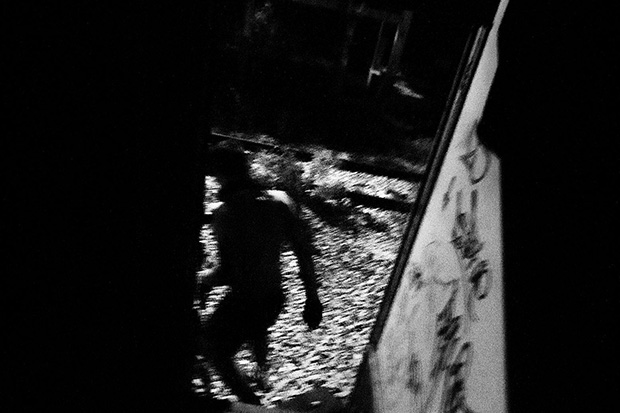 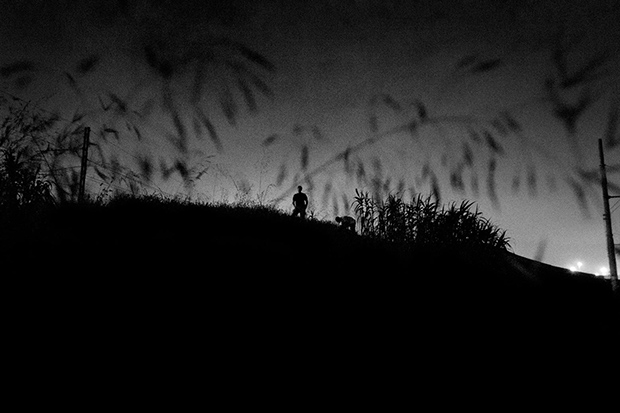 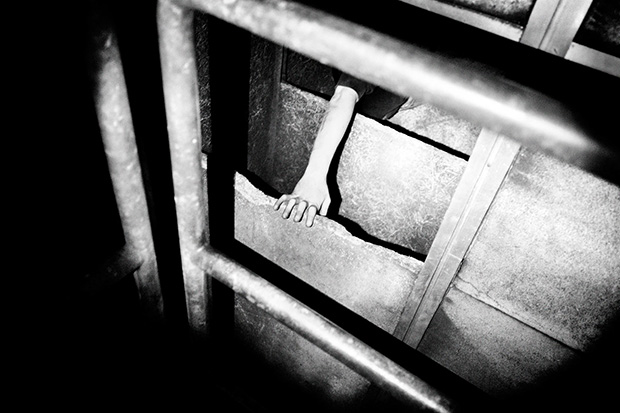 Rome, 2013. Passing through a wooden passage to reach the subway tunnel. 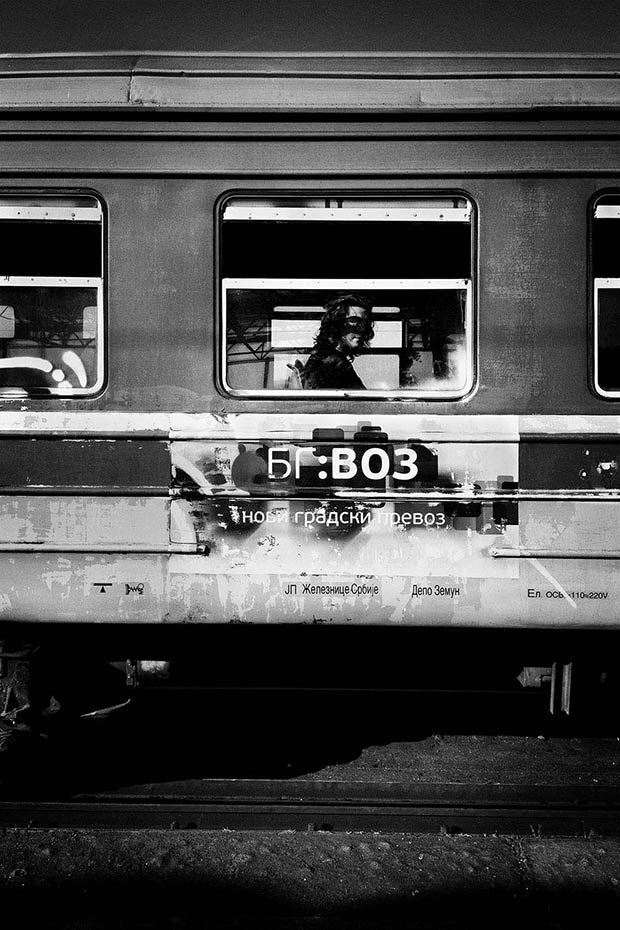 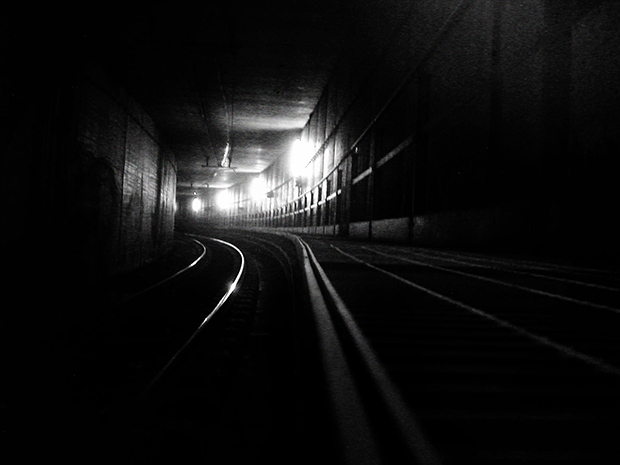 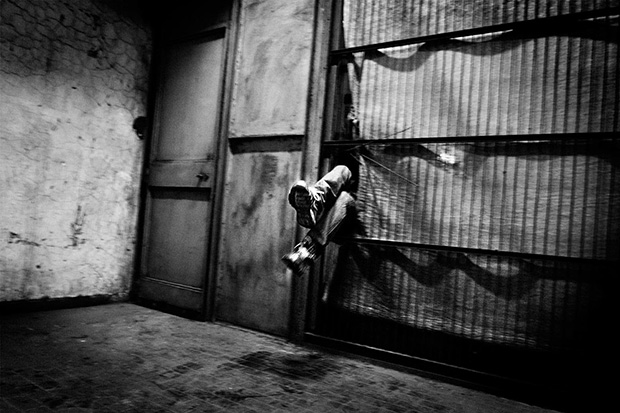 Rome, 2013. Passing through an hole in an engine room to reach the depot. 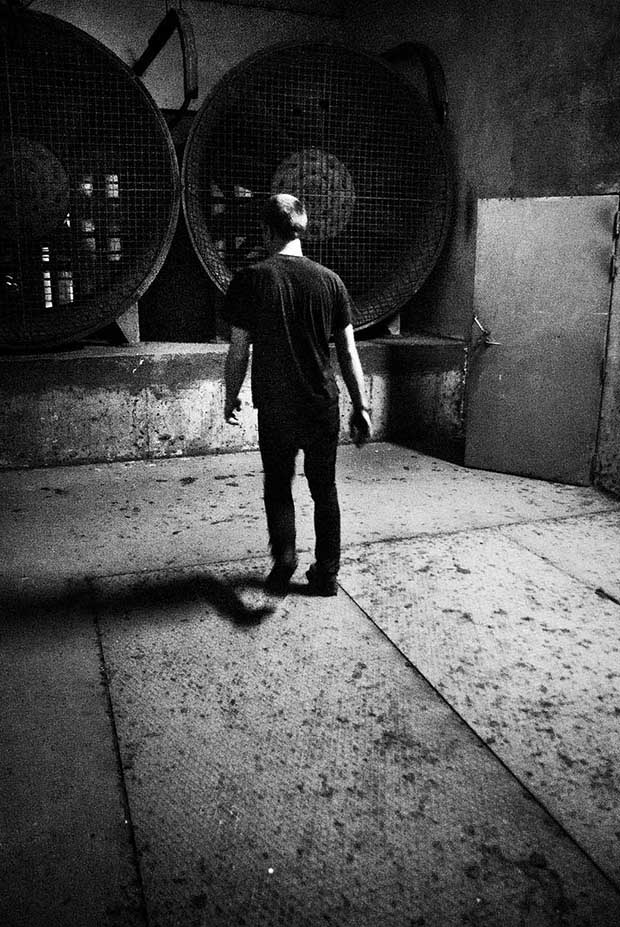 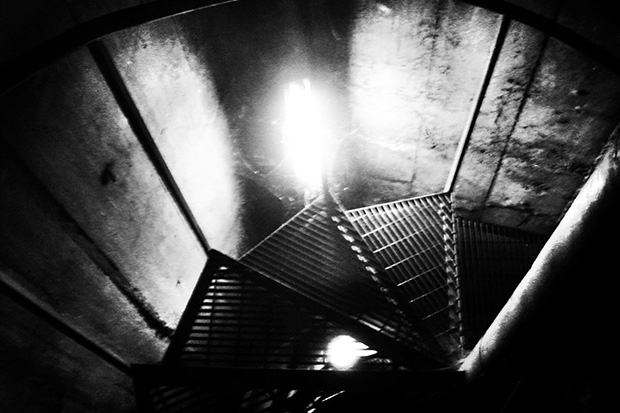 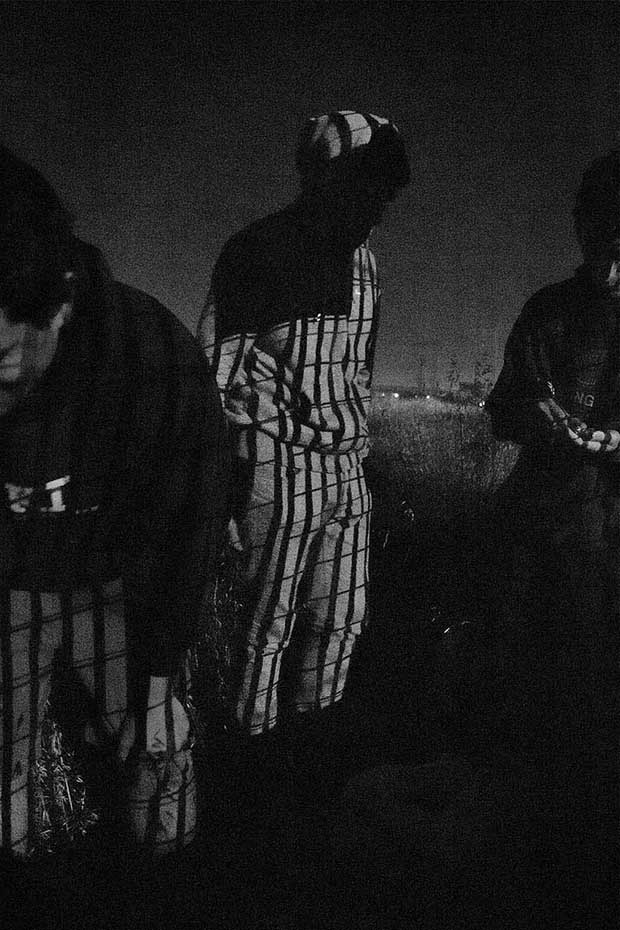 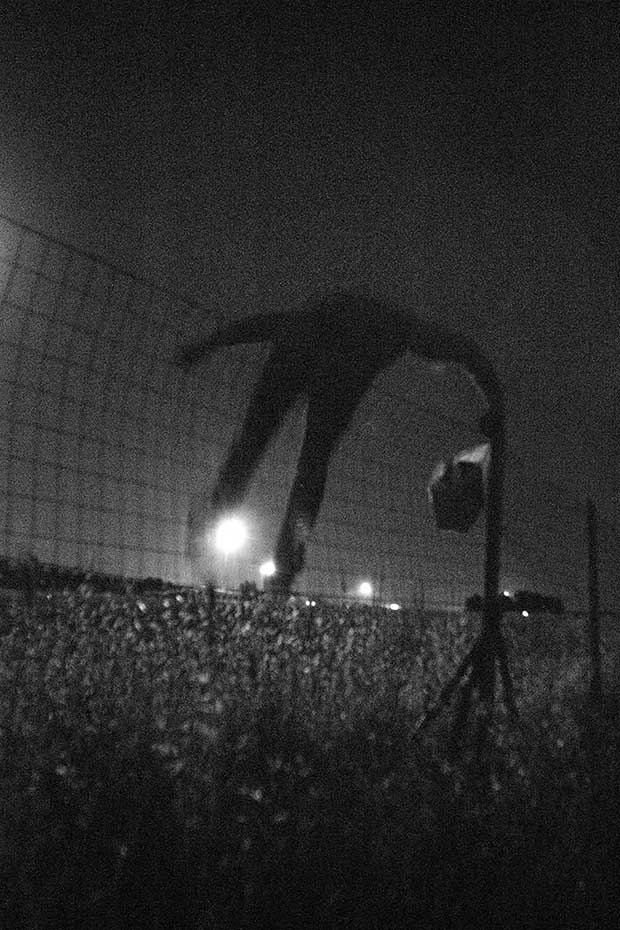 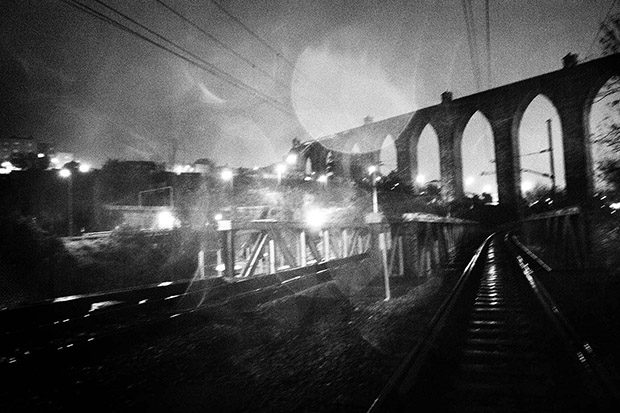 Lisbon, 2014. Escaping in the railway line in the rain.