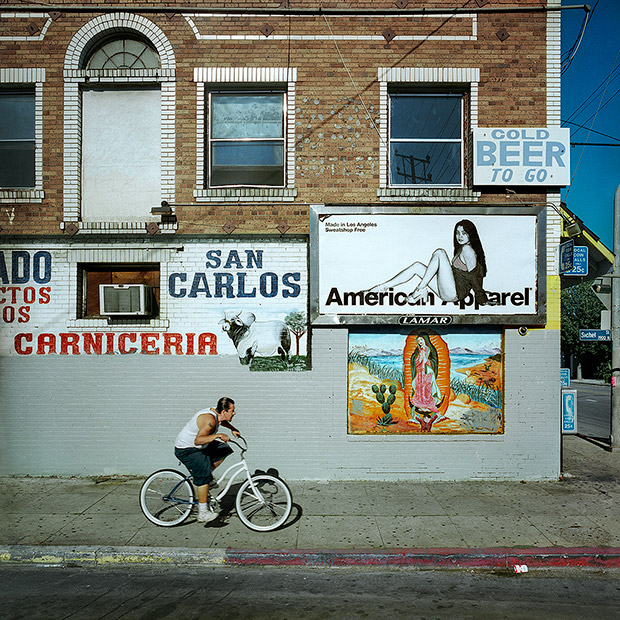 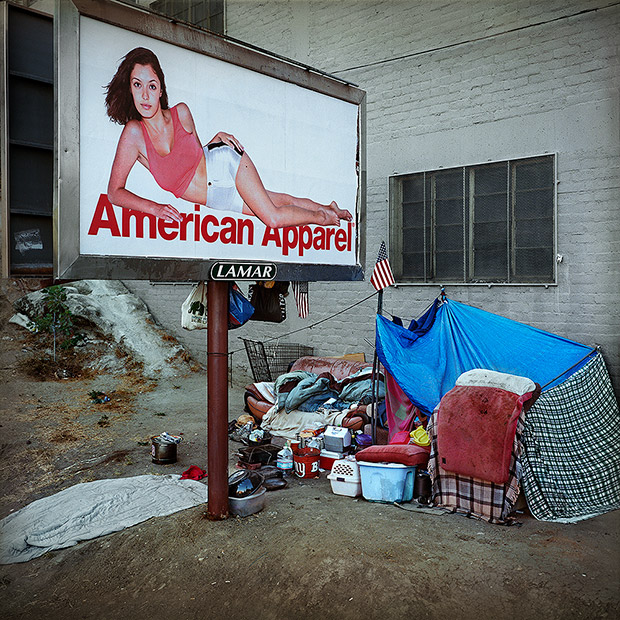 Alleman began photographing LA’s American Apparel billboards after encountering one atop an auto shop; it pictured four leotard-clad ladies, he explains, perfectly mirroring an adjacent set of quadruple satellite dishes. Unlike highway billboards, the“Junior Posters” that cover the lower-income neighborhoods of eastern Los Angeles are only about twelve feet wide and six feet tall, positioned just above the heads of passing pedestrians. The posters, made possible with space bought by Lamar Outdoor Advertising, alternate regularly, reports Alleman, and they have become an integral element of the urban landscape.

American Apparel’s ads hang over the city like strange deities, close enough to touch but elevated enough to demand attention. Their glossy models, faces tinged with a cool apathy, are both accessible and unattainable. Alleman is drawn particularly the the ways in which the uncomplicated, transparent imagery works against the entropic, disordered atmosphere of the city. In the midst of the urban wilderness, the billboards offer the escapist fantasy of affluence, modernity, and sexual gratification.

Alleman explains that his role is neither to condemn or to celebrate the company but only to examine and illuminate the implications of their adverts. Where he once took them for granted, they have become a source of endless intrigue; at times, he says, he has barely exited the flow of traffic and leapt to the hood of his car in order to get the perfect shot. He has traveled throughout Los Angeles in search of the bizarre interactions of the ads with their surroundings.

Ultimately, The American Apparel is about the artist’s home and its wonderful, terrible contradictions; “these are pictures of LA’s urban landscape, in all its screwed up, crazy-quilt glory… Like this silly, spectacular town, the evidence fascinates even as it confounds,” he writes.

Thomas Alleman is a finalist for Photolucida’s Critical Mass. 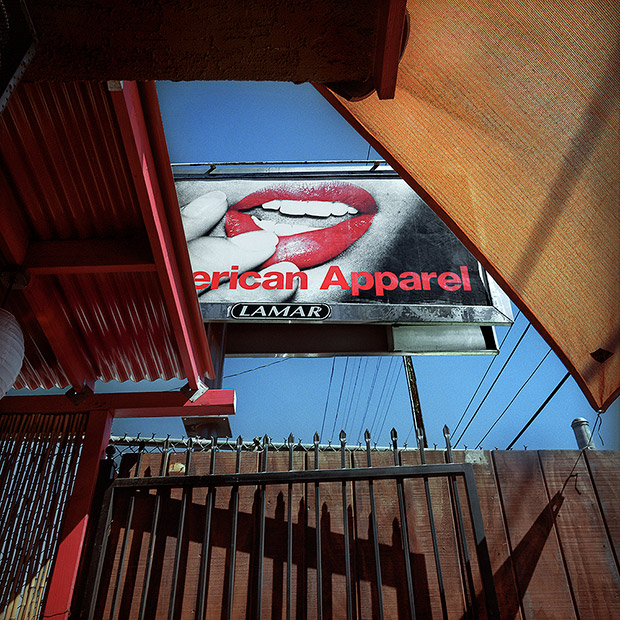 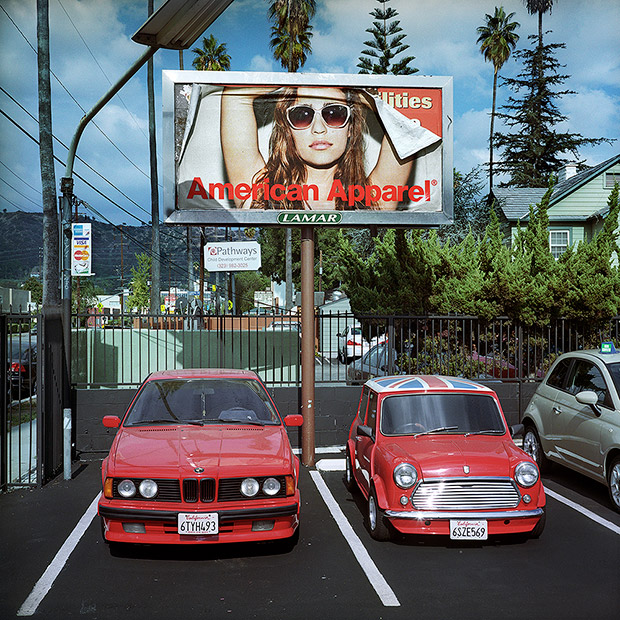 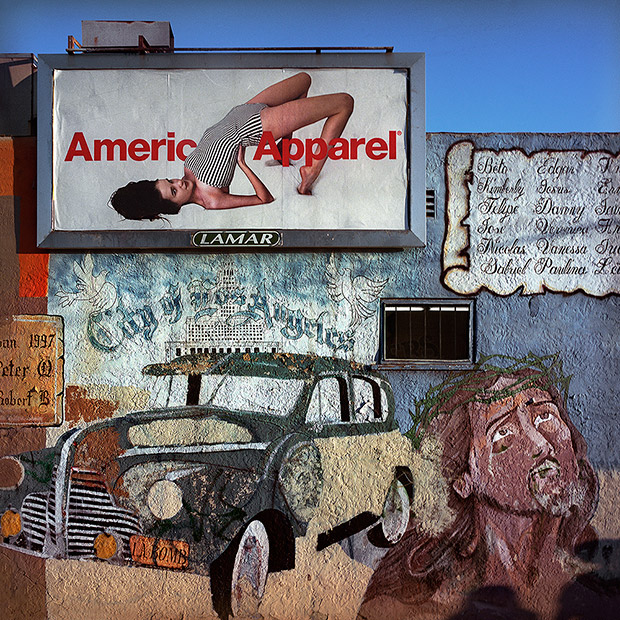 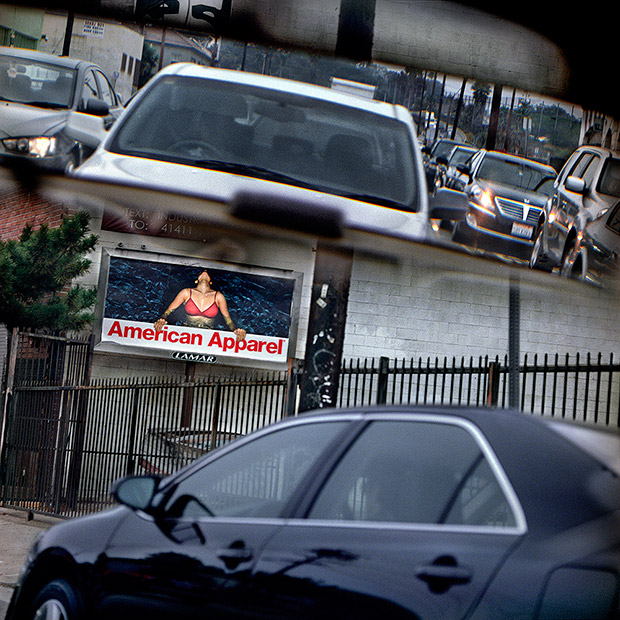 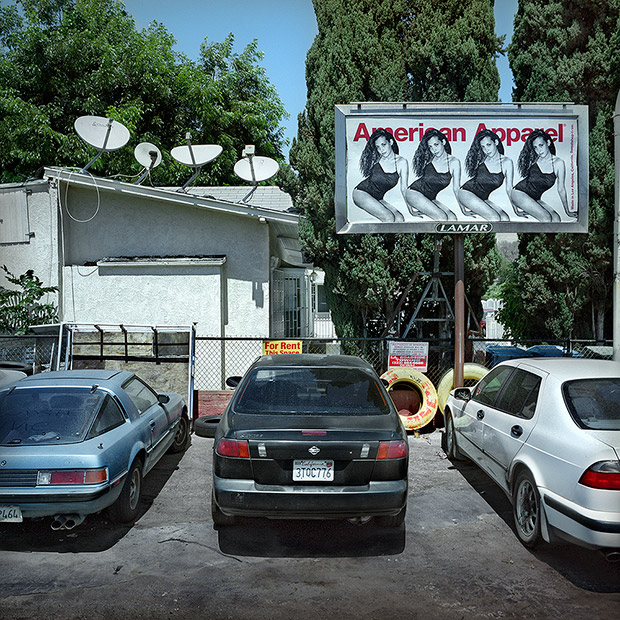 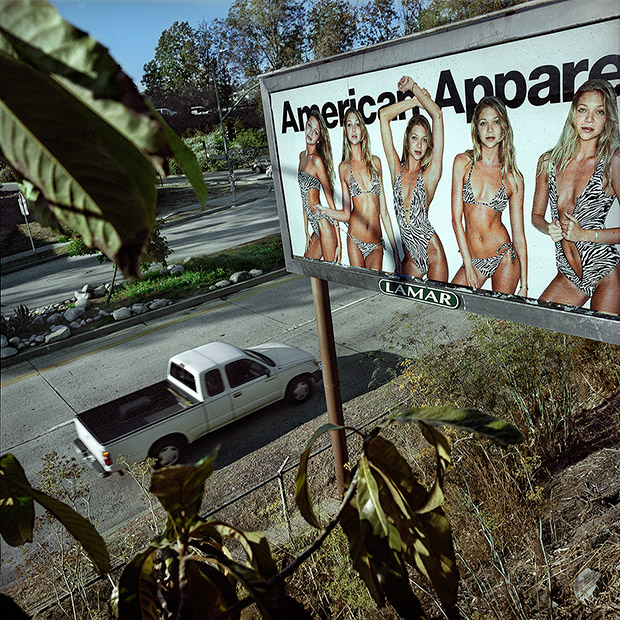 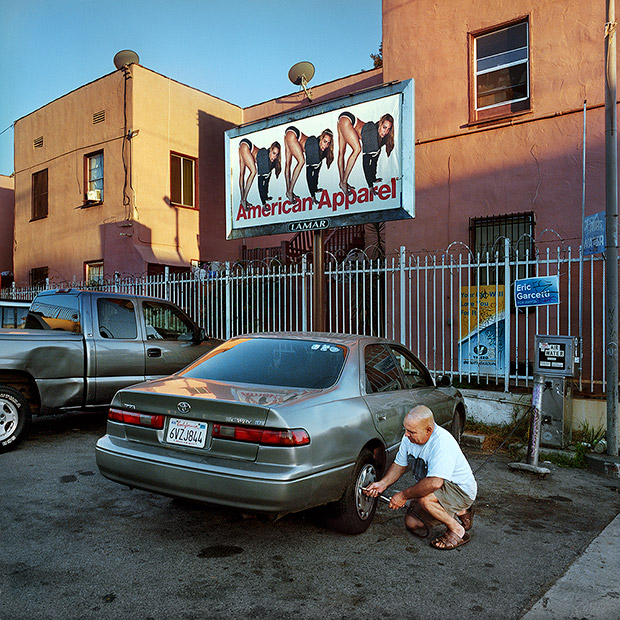 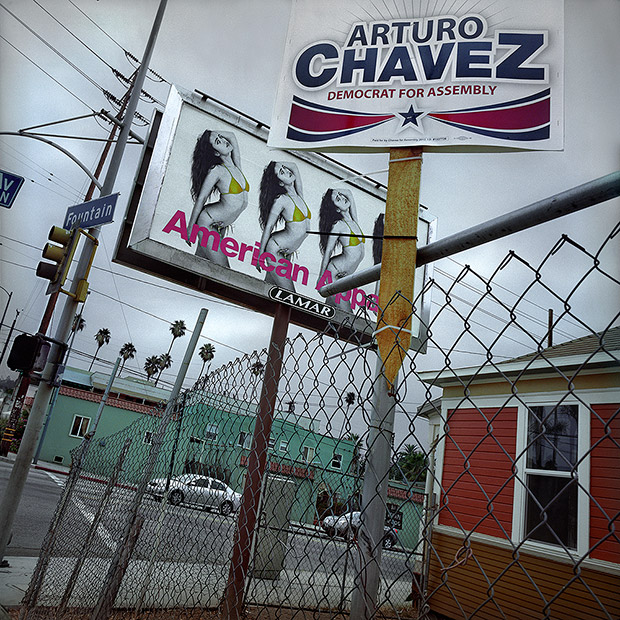 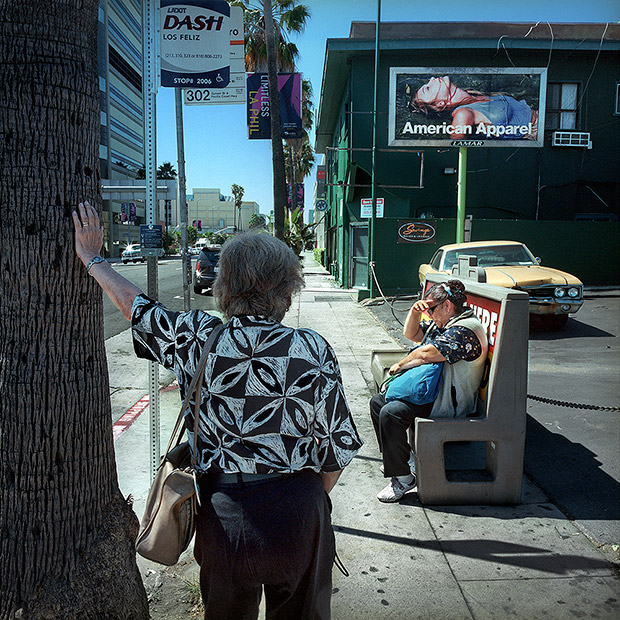 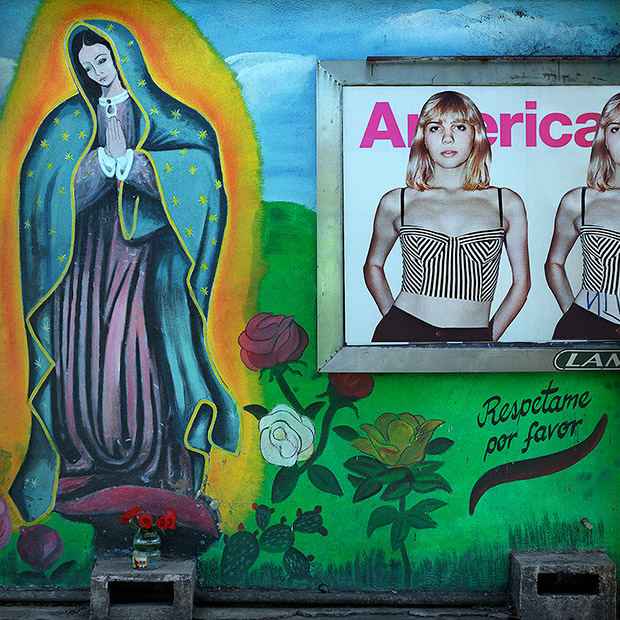 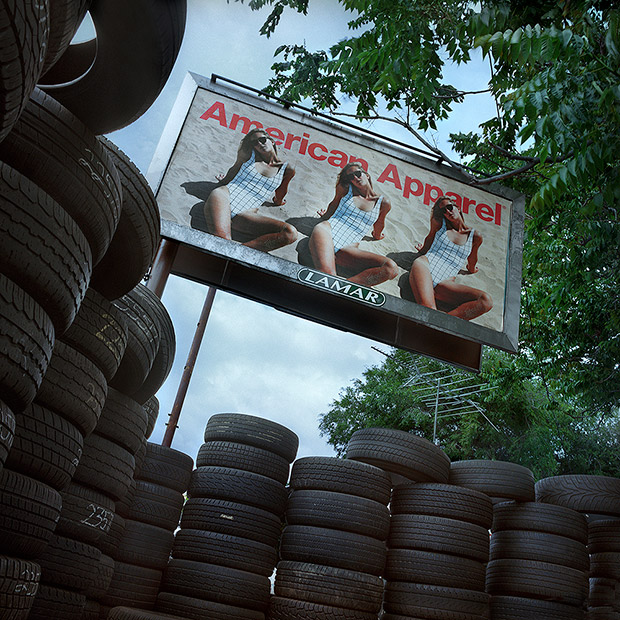 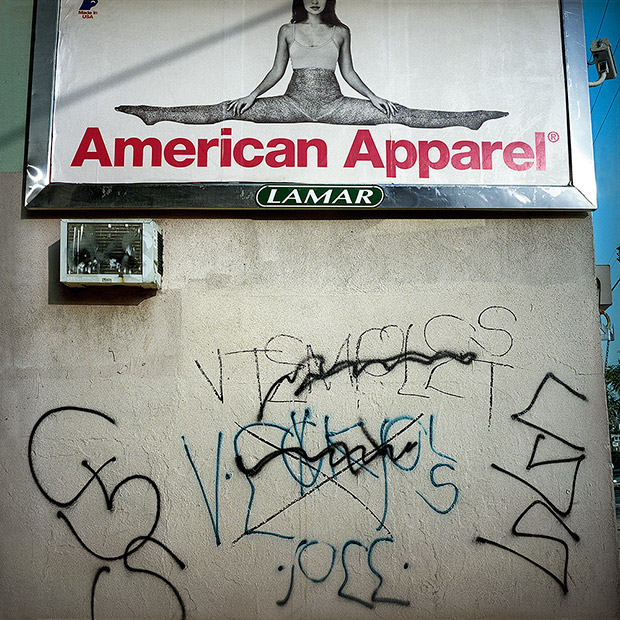 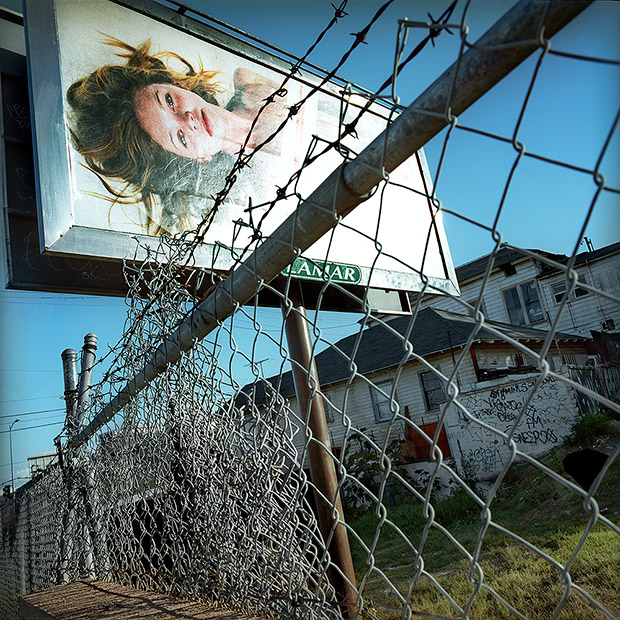 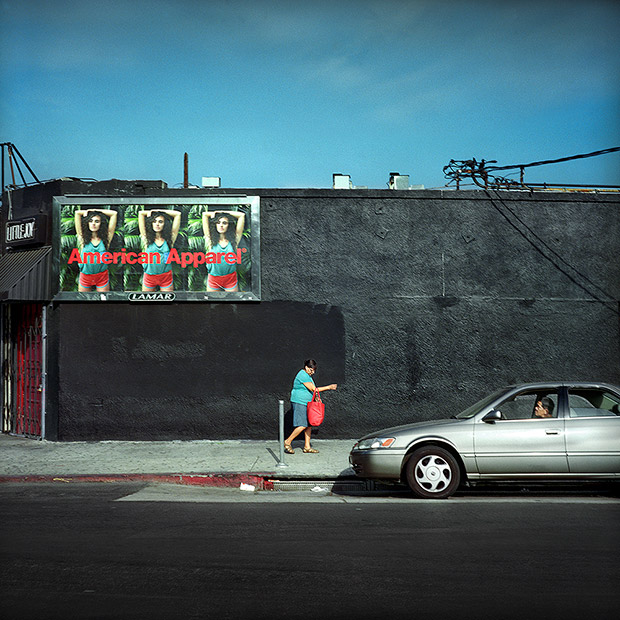