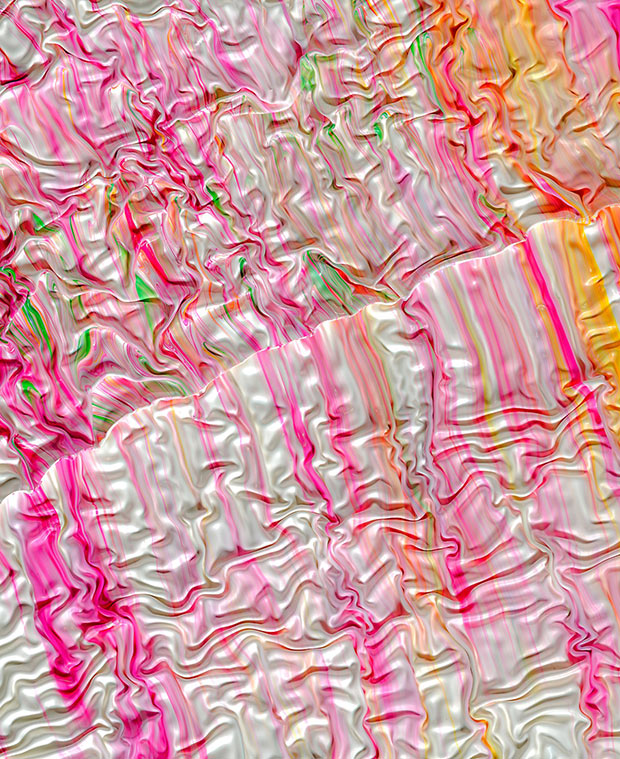 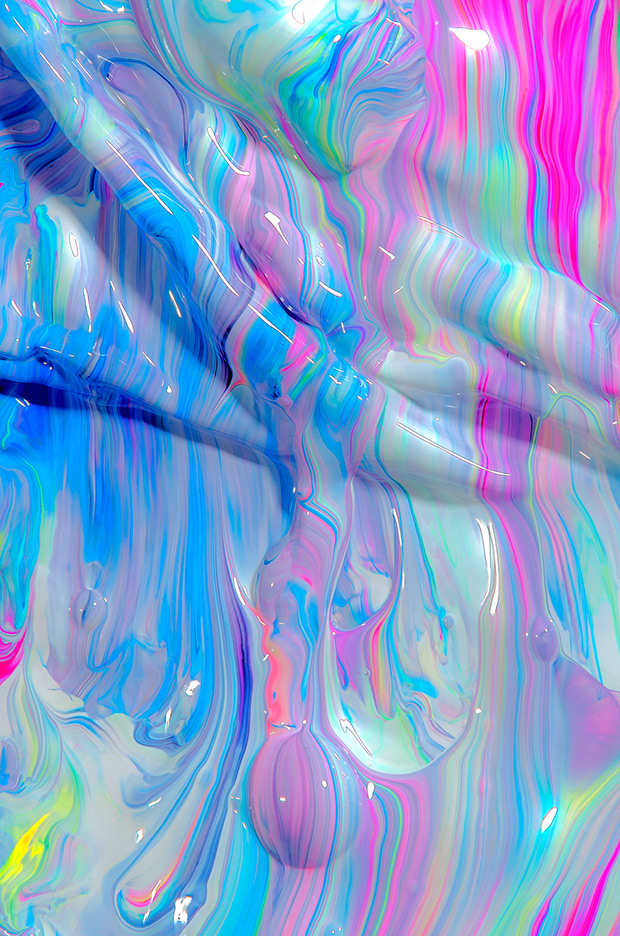 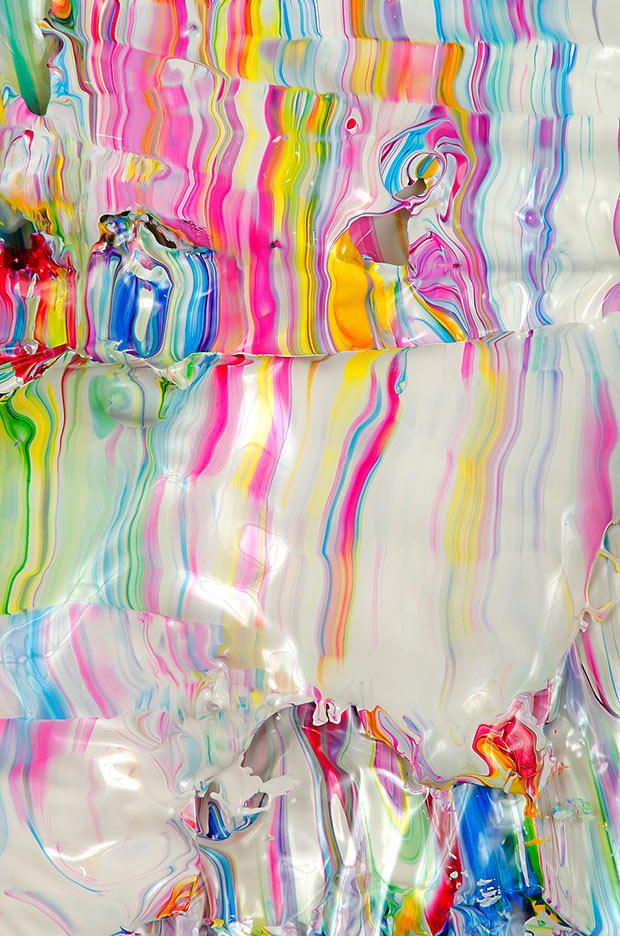 Lovejoy first developed the concept while he was employed at a commercial printing press, where blending colors became second-nature. Over the last couple of years, he has released more than one thousand pictures through his Tumblr, which he refers to as his “digital journal.” During these many months, he has honed his craft, and although he prefers to keep the specifics a mystery, he notes that he often incorporates materials like oil, resin, diluents, drying agents, and waxes to alter the texture of his malleable surfaces.

When asked about the original painted image, Lovejoy explains “no paintings exist.” The photographs illustrate a process rather than its result, and each amalgamation of liquids undergoes various transformations; some may harden into a fixed composition, and others will not. All of Lovejoy’s ephemeral mixtures play out atop a simple paper plate, purchased at a grocery store. “Eventually everything ends up in the trash,” he says, musing that perhaps the disposal is “some kind of metaphor for life.”

Although he works in abstraction, the photographer admits that certain themes run through and unite all of the ink images. His father, for instance, was geologist, and he draws inspiration not only from literal rocky landscapes but also from the contours of the human mind, explaining that he is influenced in part by Jungian notions of archetypes and the collective unconscious. The response he aims for is a universal one, a reaction that recalls for all human beings the same sensations and memories. 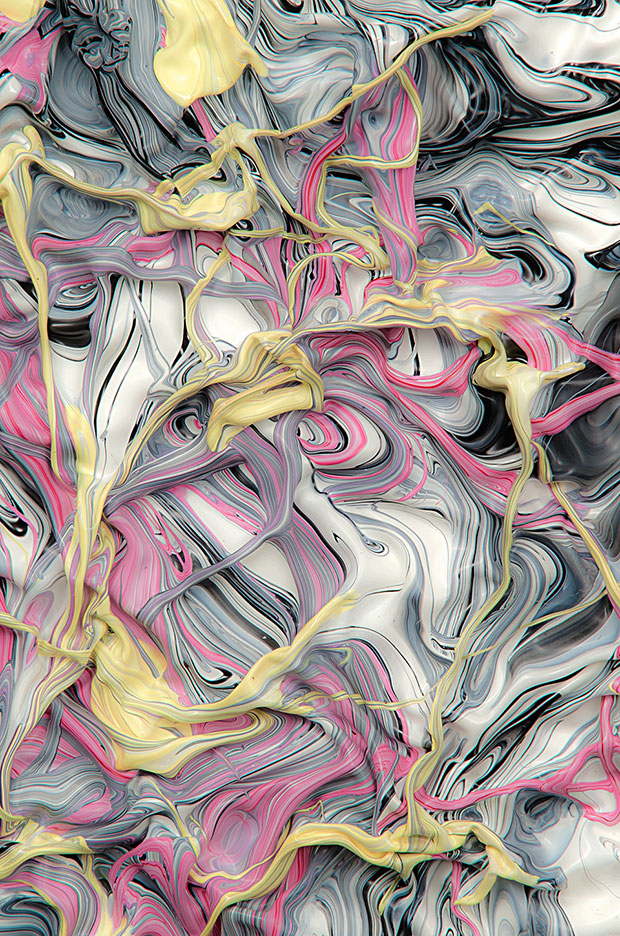 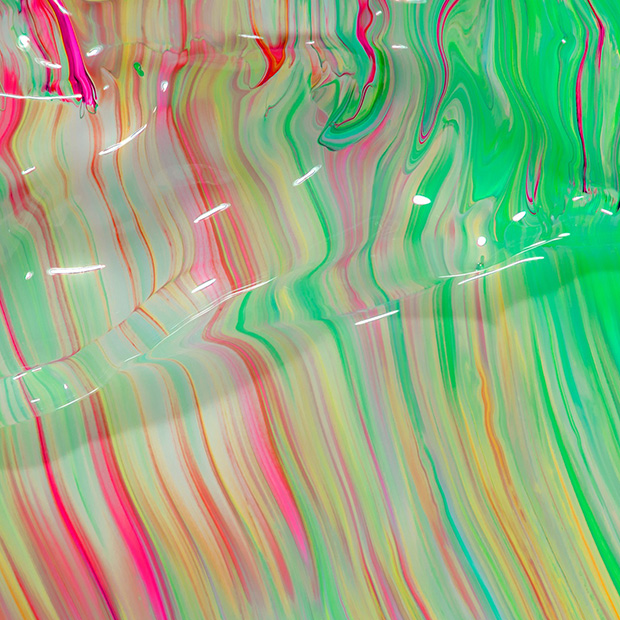 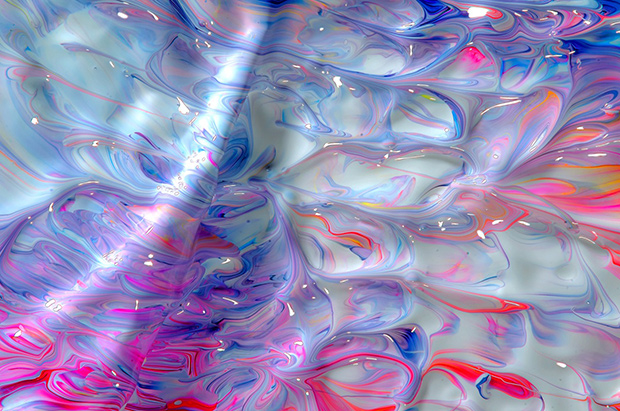 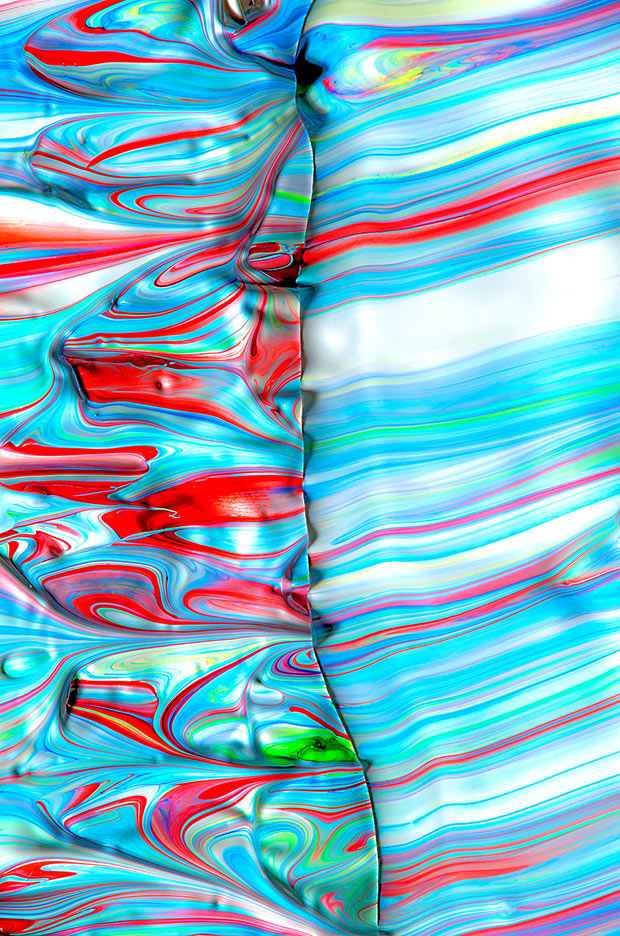 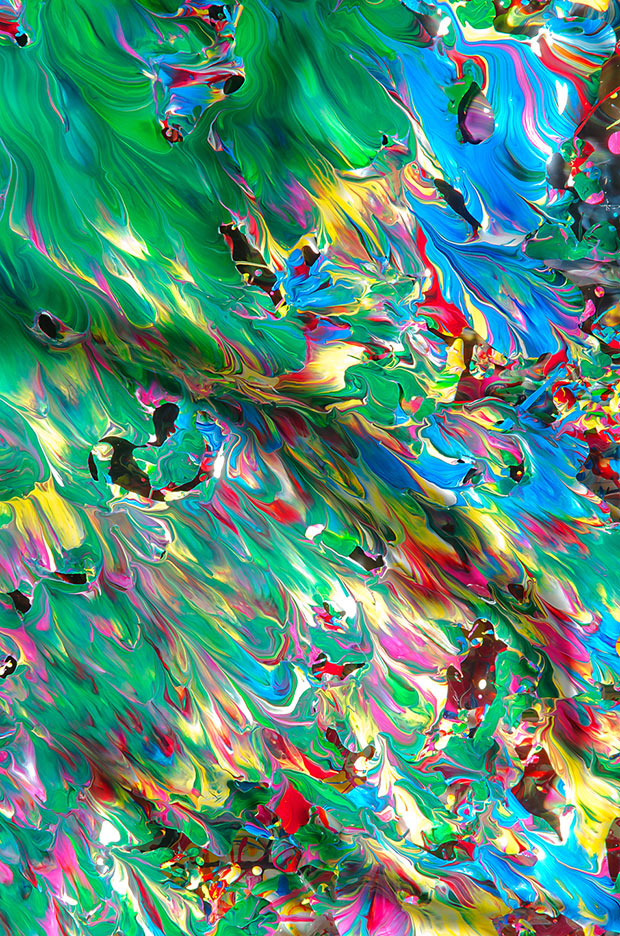 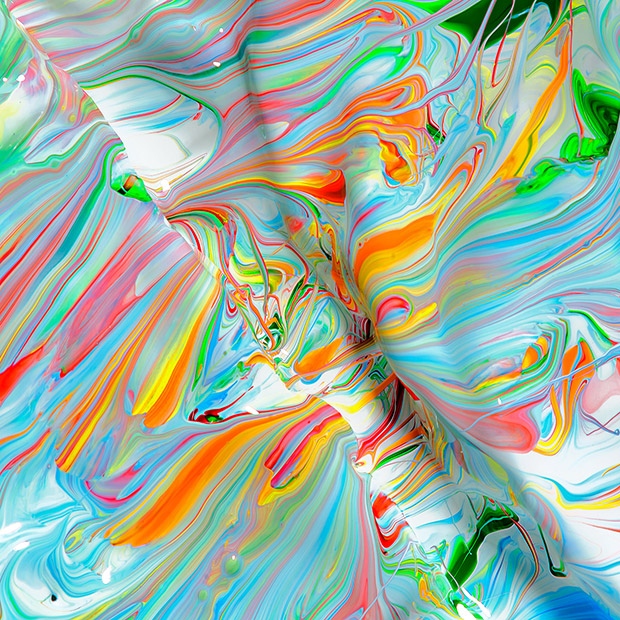 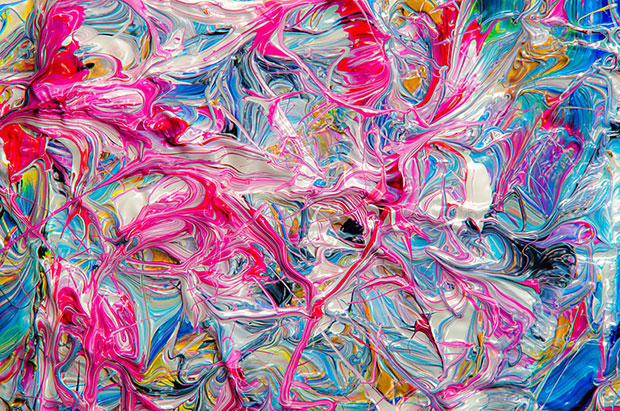 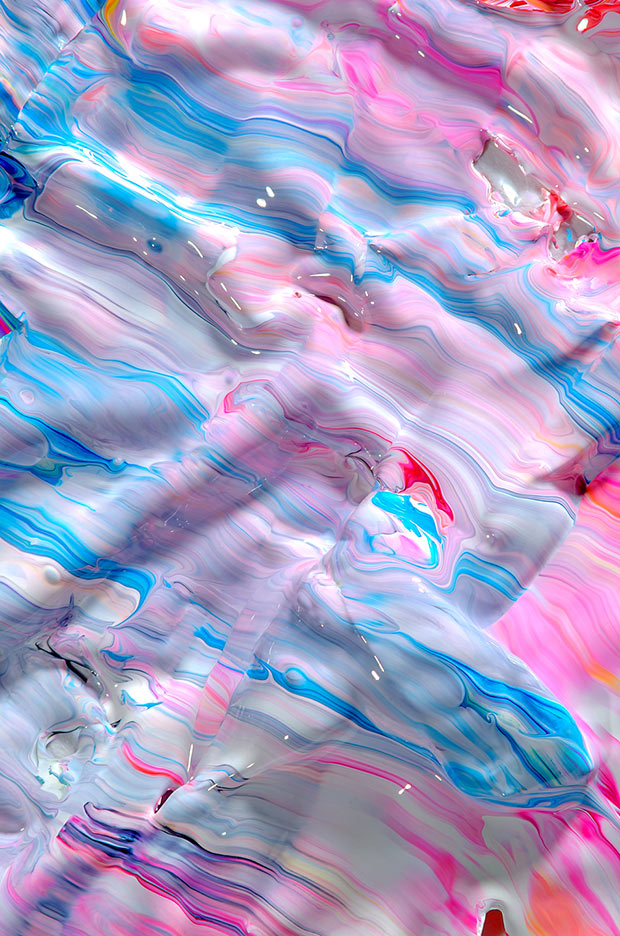 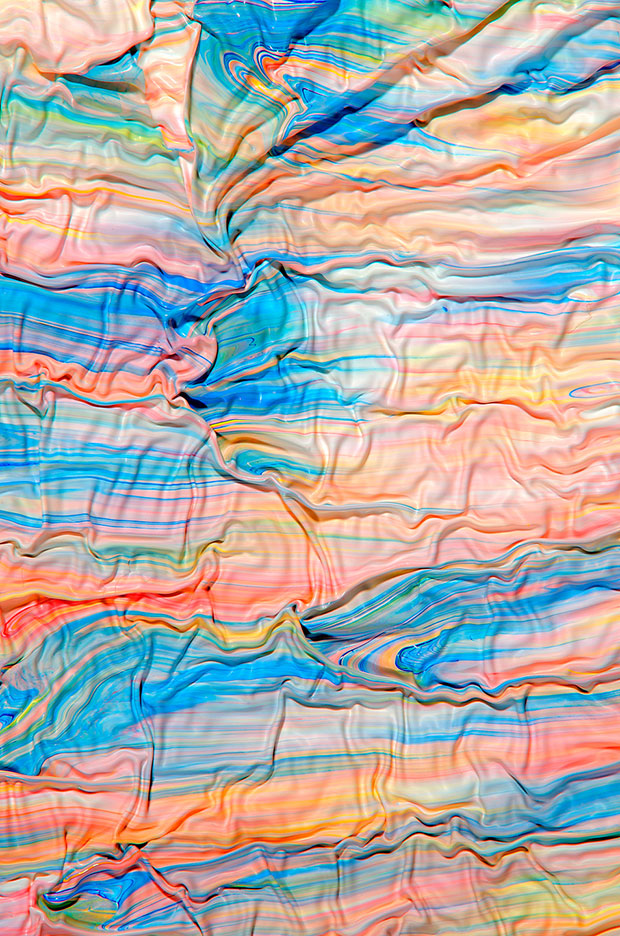 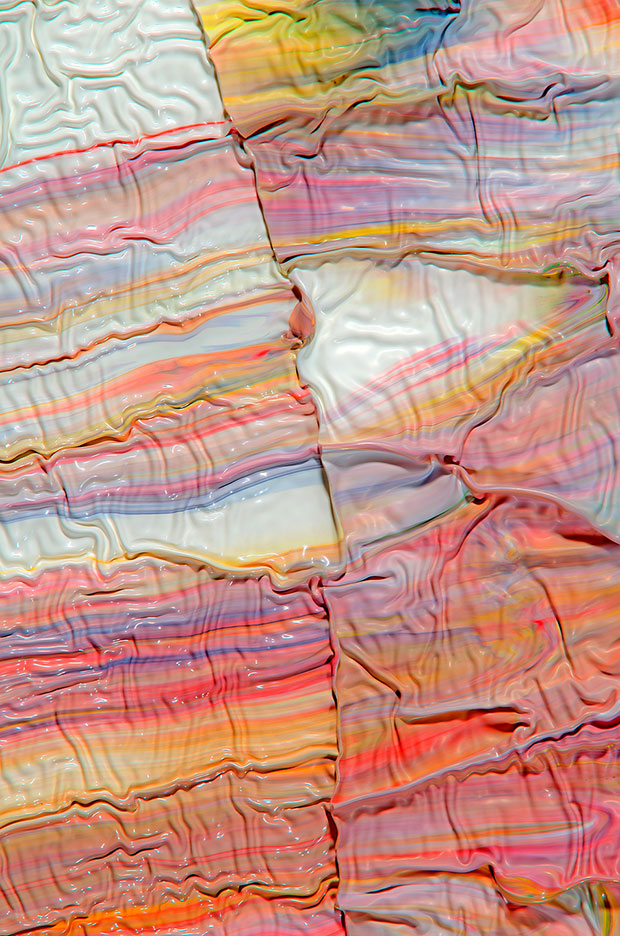 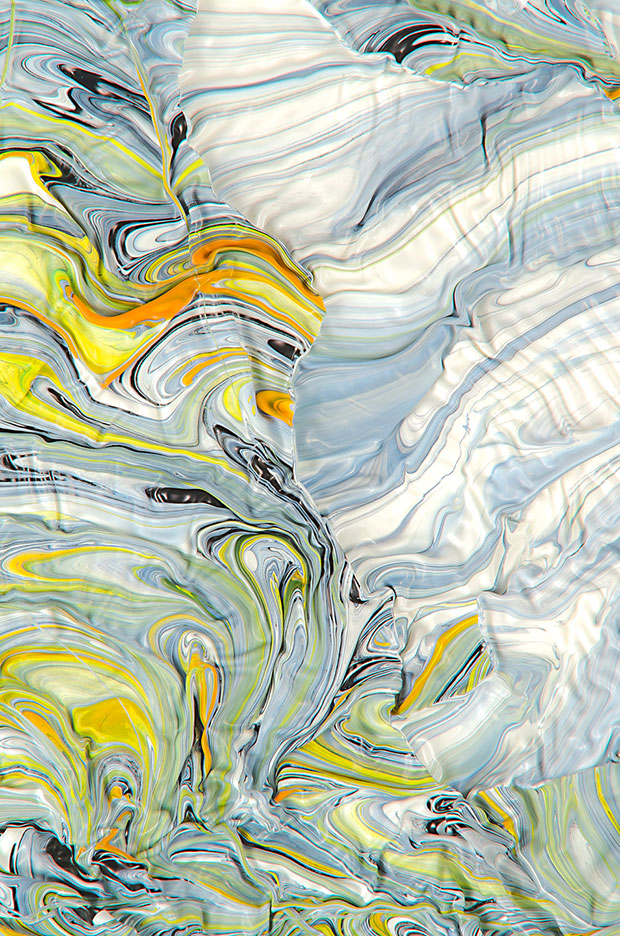 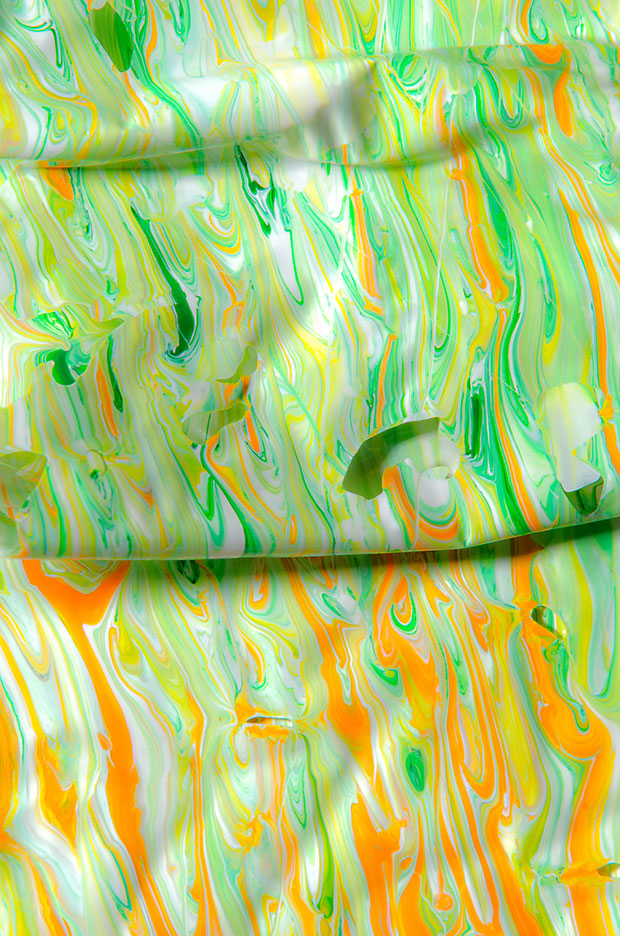