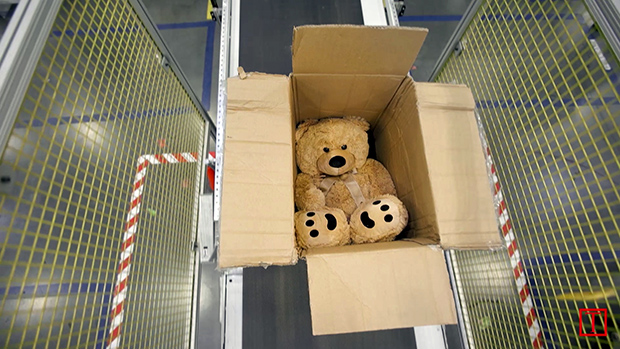 On 500,000 square feet in Tracy, California stands one of the ten Amazon warehouses that operate during peek holiday season with the help of 15,000 compact, 320 pound robots, machines that are designed to pull items from storage and deliver them to a worker for processing and packaging. In a recent short film shot for TIME, videographer and photographer Stephen Wilkes unveils the intricacies of the futuristic process by chronicling the journey of a single teddy bear from arrival to storage to shipment.

In 2012, Amazon acquired Kiva Systems and their robots for more than three quarters of a billion dollars. Standing just sixteen inches above the ground, the small automatons recognize one another and determine their routes throughout the warehouse based on each other’s movements, saving Amazon employees hours spent hiking what can amount to fifteen miles per day during peak holiday season.

Wilkes shot from various cameras, one fixed to the bear and the another to a Kiva robot. At times, he admits, the toy got lost when the Kivas chose to move in unpredictable ways. He chose the teddy as his guide, he tells Bernstein & Andriulli, to humanize a process that is by definition remote and impersonal. Where the Kiva robots portend future wherein efficiency ellipses tender love and care, Wilke’s teddy bear reminds us that at the heart of it all, conducting this futuristic orchestra of moving parts, is the timeless impulse to give. 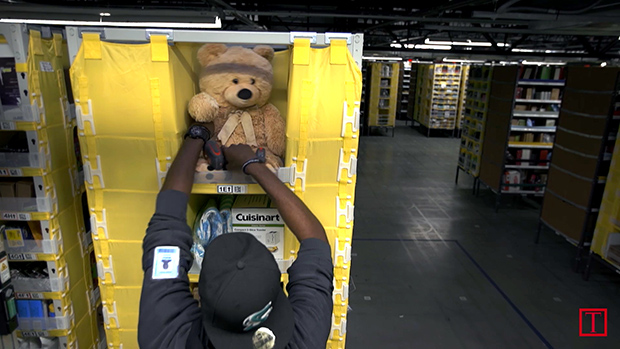 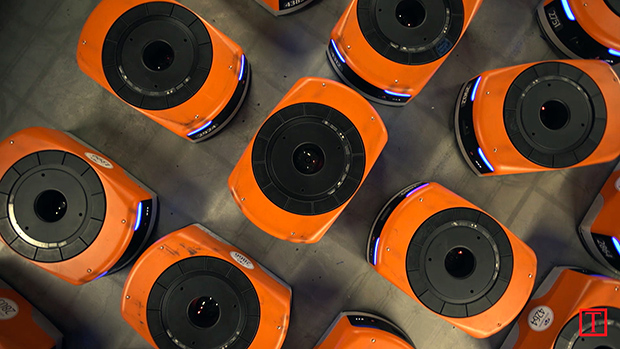 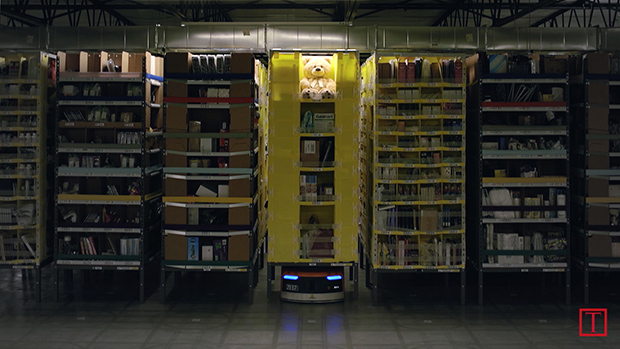 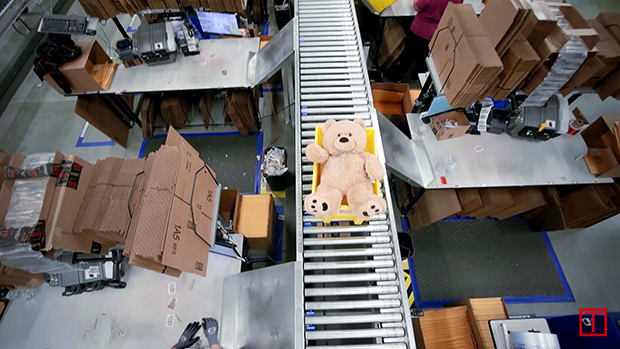 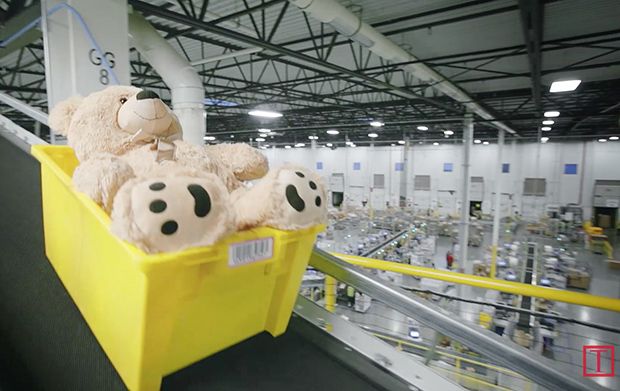