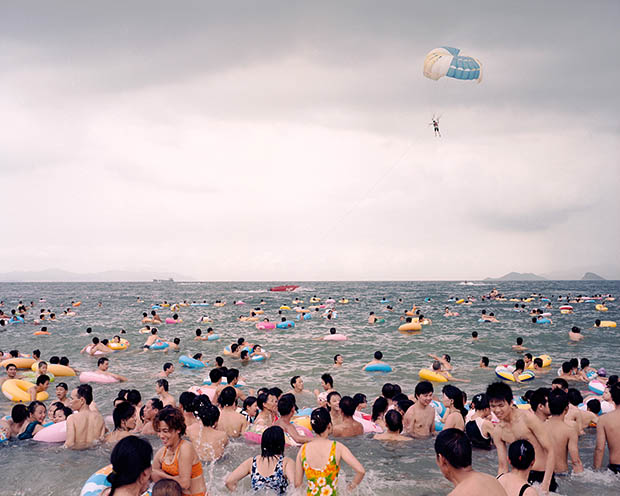 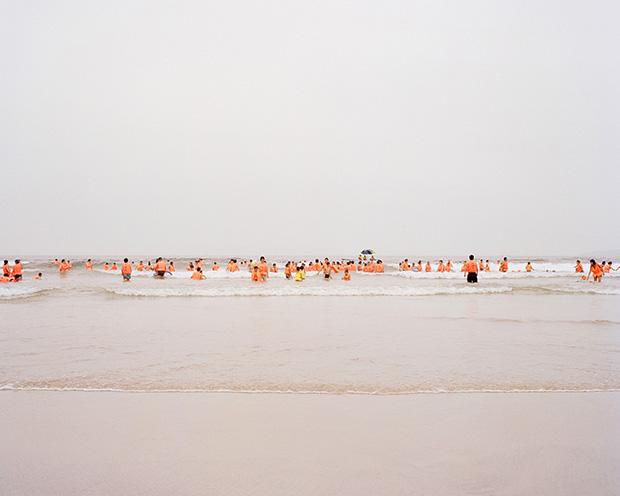 China has 9,010 miles of coastline. It passes through ten provinces and 25 major cities. In the latest project from Zhangxiao, the Chinese freelance photographer presents images from every province and nearly every city near the sea. “I’ve been longing for the sea since my childhood, when my family lived in a village about 40 kilometers from the nearest seaside,” Zhang remembers, “My family couldn’t afford to travel to the seaside and for a child 40 kilometers was far, far away.”

Along the coast, Zhang finds both bleakness and prosperity, shiny newness and crumbling antiquity. Yet every place shares the common bond of salty water, sometimes in the form of a windy tidal river and sometimes a wide, turquoise ocean.

The characters in Coastline all seem out of a mirage; a man on a dock in only underwear, his arms outstretched in exercise; a women in a plot of white sand with a rubbish bin on her head; a group of grinning boys walking on a cement dock towards the camera and away from a grey and waiting sea. Their surroundings, often foggy and grey, add to the dreaminess. “The coastal areas led China’s Reform and Opening [economic campaign], which started 30 years ago. Thousands of people flooded into the cities from their hometowns,” says Zhang. “Every day here there are miracles of our rapidly growing economy. But we are not sure whether it is good or bad, as we’ve made these miracles by losing our tradition and history”. 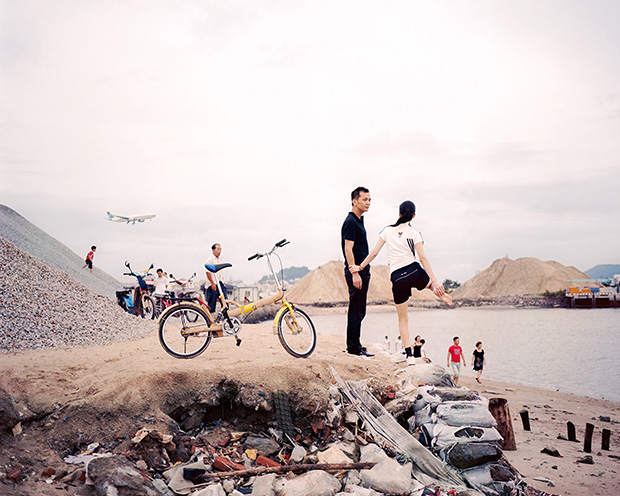 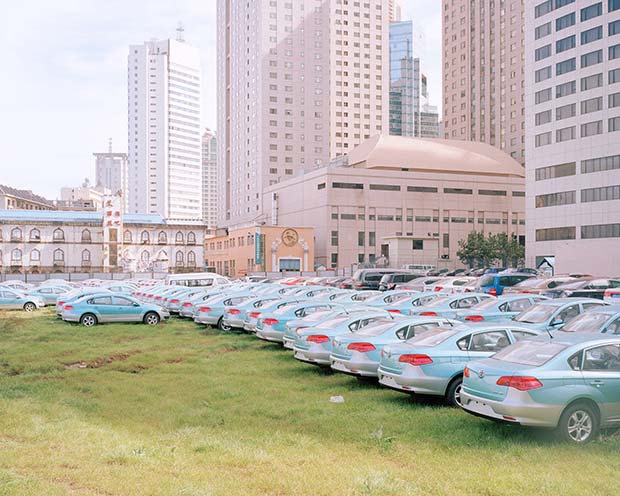 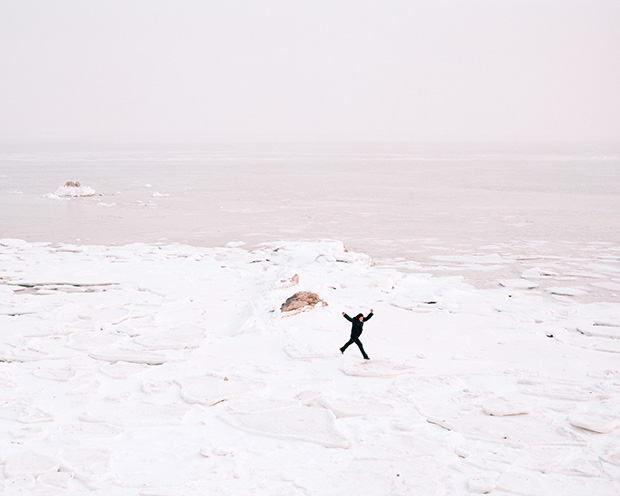 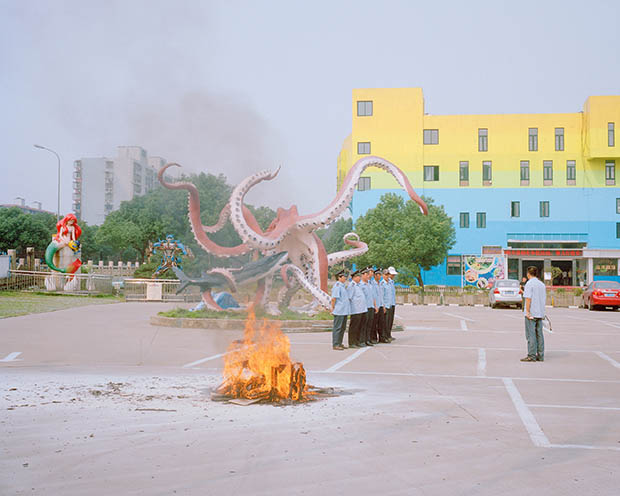 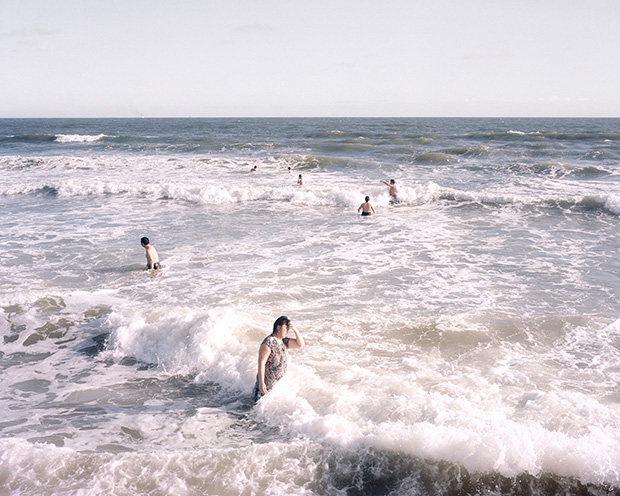 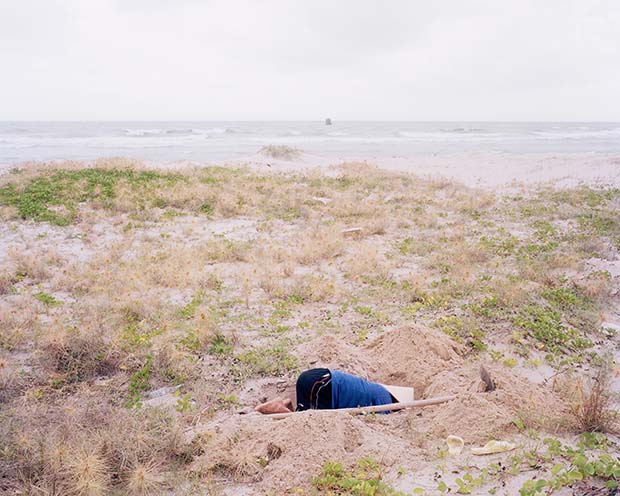 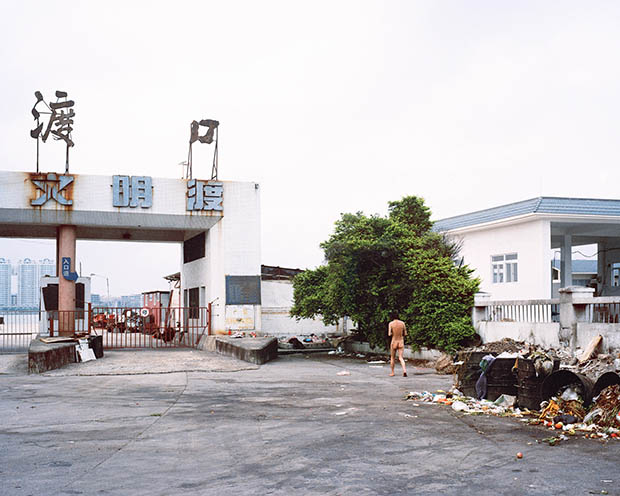 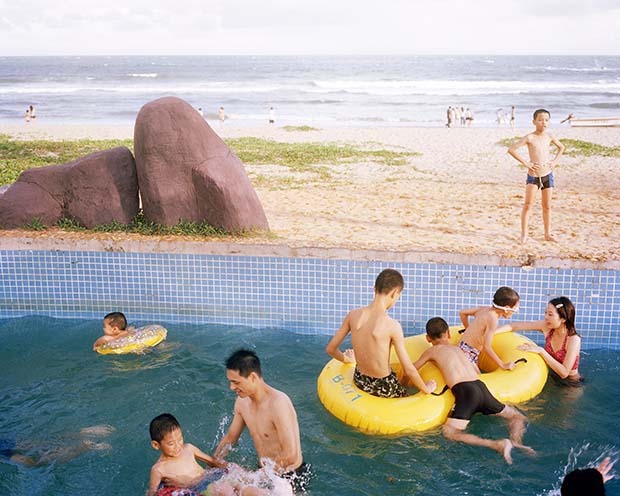