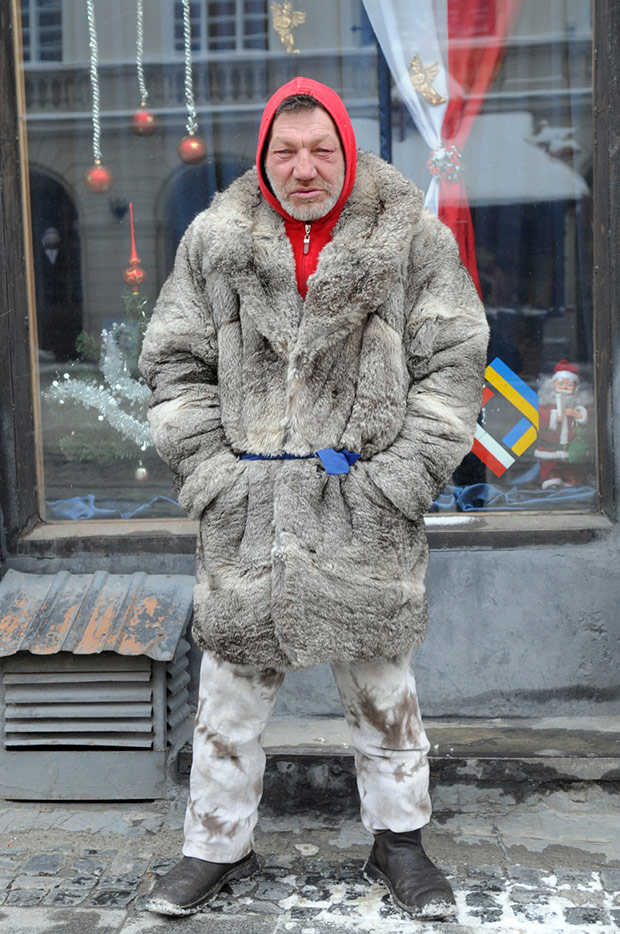 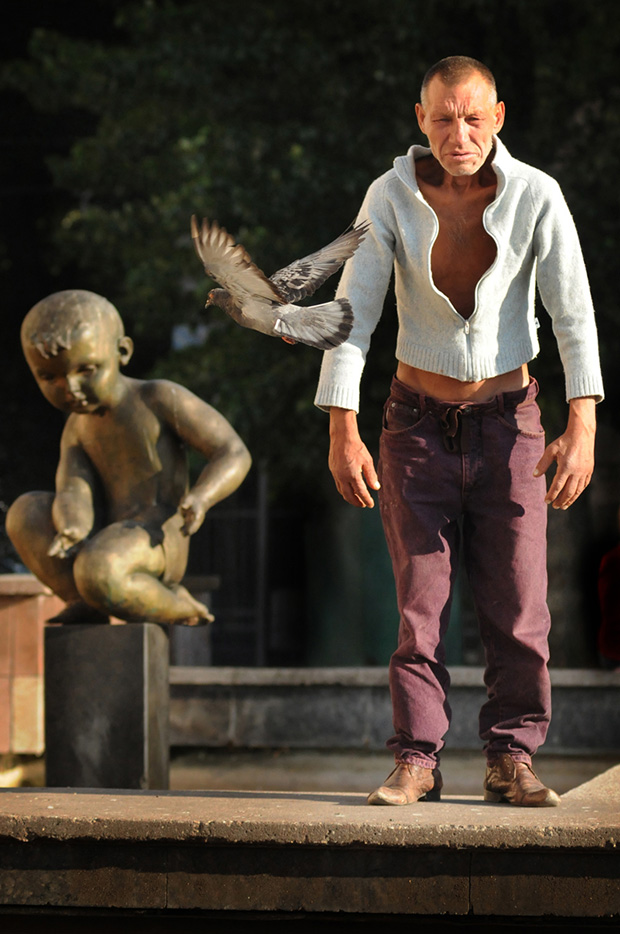 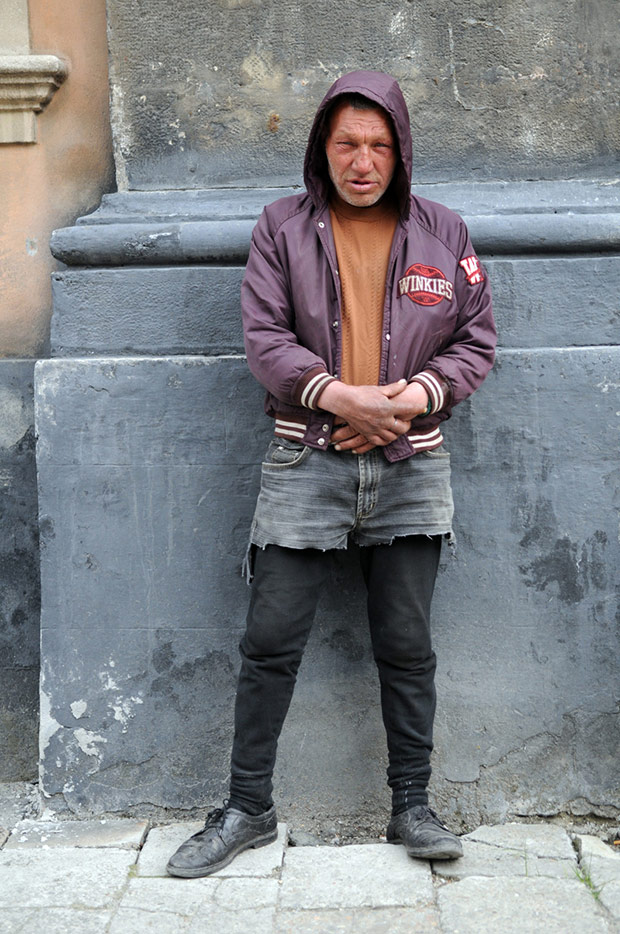 For Slavik’s Fashion, the Ukrainian photographer Yurko Dyachyshyn chronicles the daily stylings of a 55-year-old man, experiencing homelessness and living in an undisclosed place in the city of Lviv. Slavik changes his clothes at least once every day, pulling together outfits from items collected in city trash bins and aid centers. With each wardrobe shift, Slavik restyles his hair and his beard, and he always shaves his armpits.

Dyachyshyn was first drawn to Slavik while working on a project in the city center and soon. found himself snapping portraits of Slavik in exchange for one dollar per photo. It was difficult for the artist to gather in-depth information about his life and history, but what he did learn is that the most important thing for Slavik was to maintain a sense of “inner calm” amidst the chaos of the city.

Dyachyshyn visited Slavik at intervals ranging from a few days to a month or so over the course of two years. While it was difficult to know exactly where in the city Slavik would be at any given day, the photographer and his muse often found each other in the crowd.

Slavik began to know the artist as a friend, seeking him out to show off his new outfit, beer and cigarette in hand. Sometimes Slavik would vanish for periods of time, only to return to the city and ask Dyachyshyn where he had been. The last time Slavik went missing was in January 2013, and although the photographer has not seen him since, he holds onto the hope that he will one day emerge to greet him. 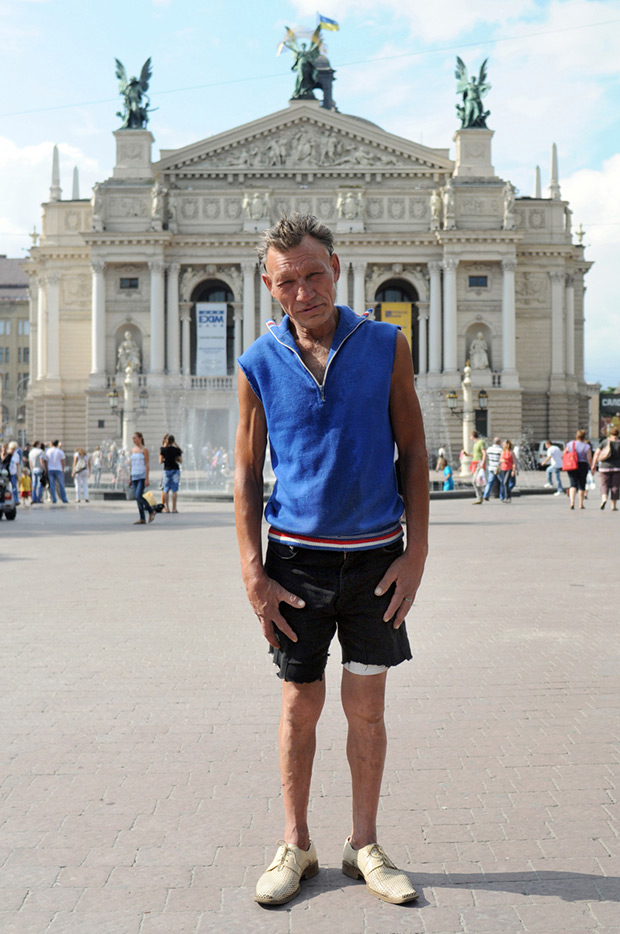 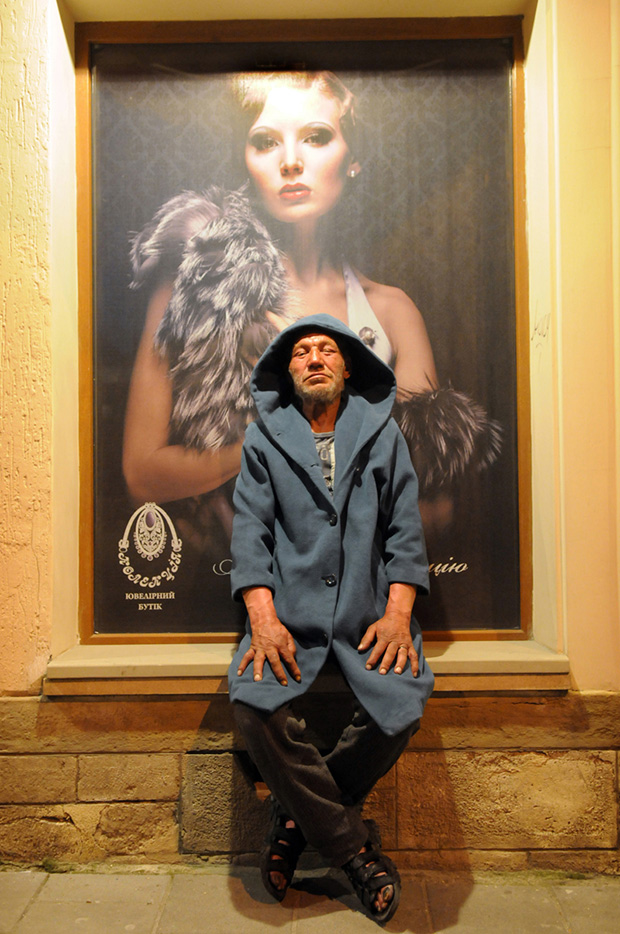 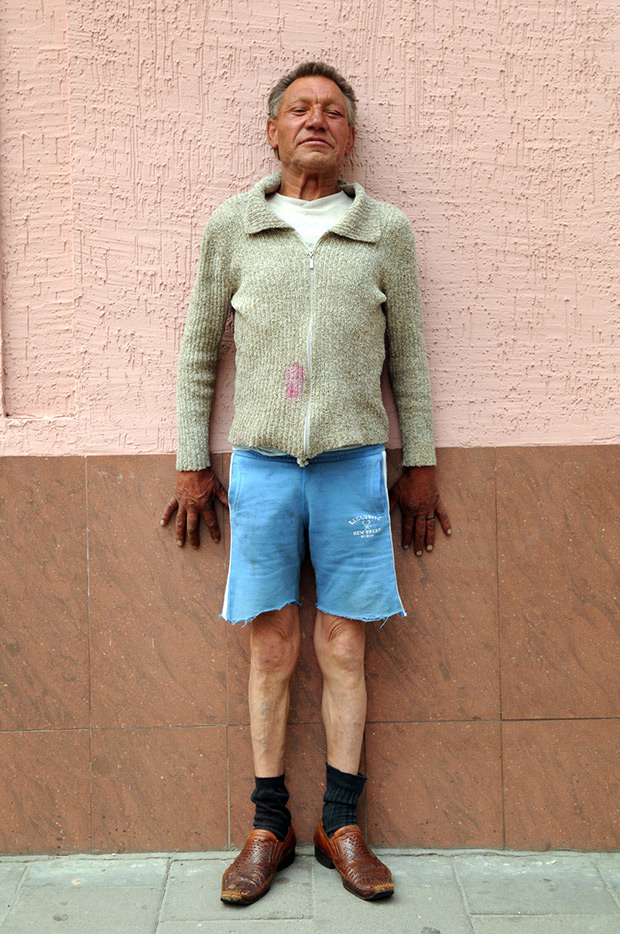 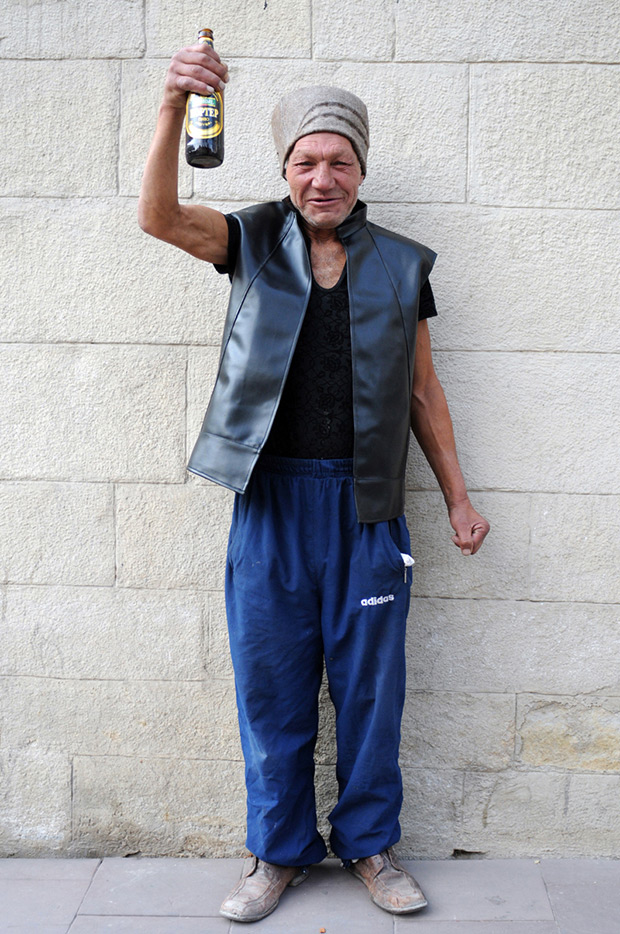 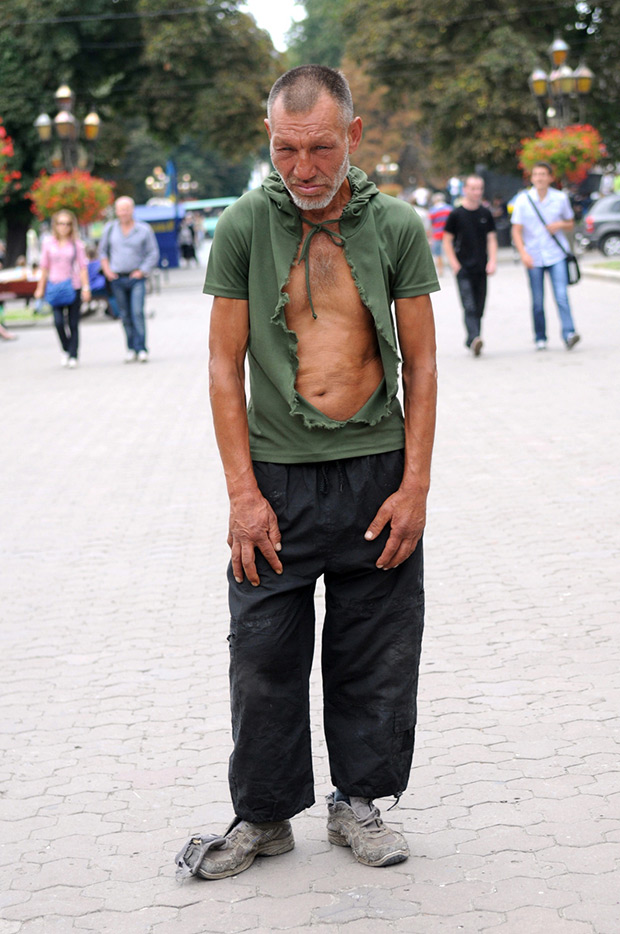 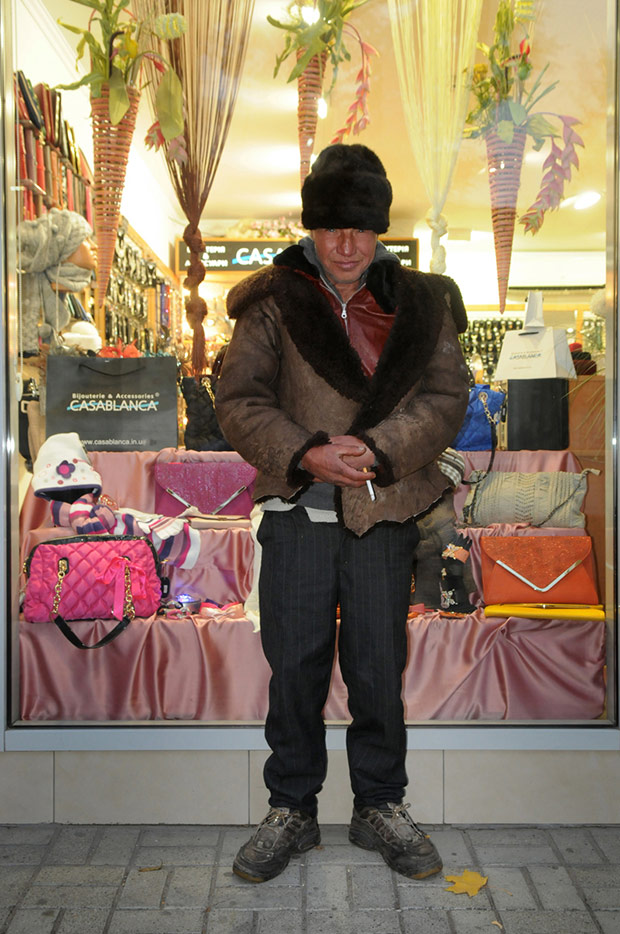 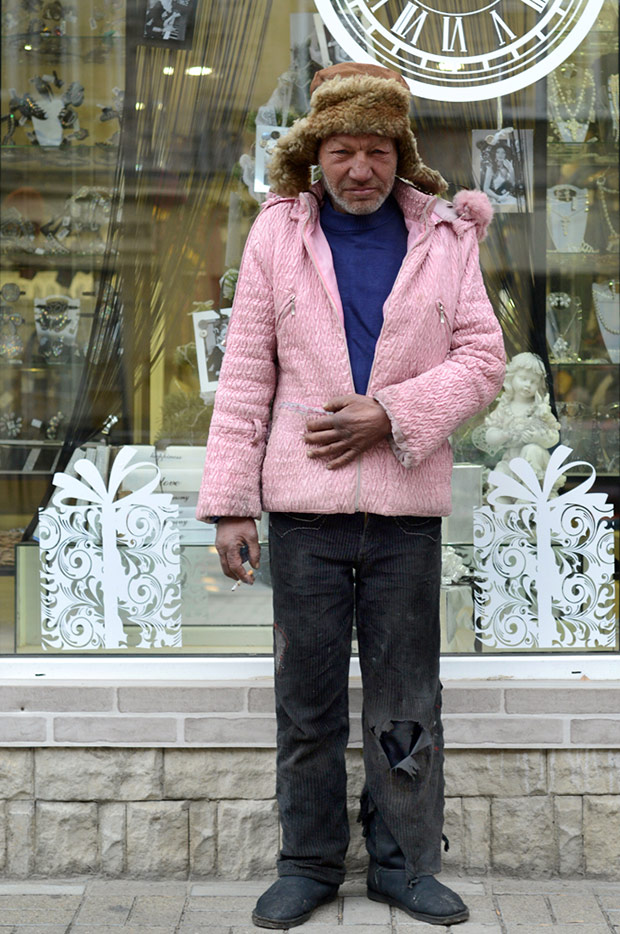 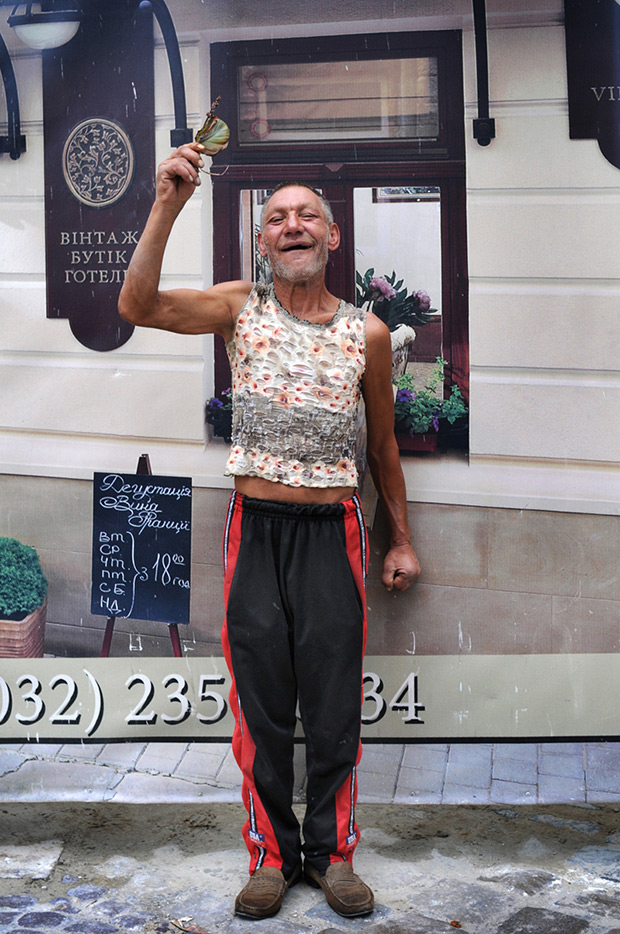 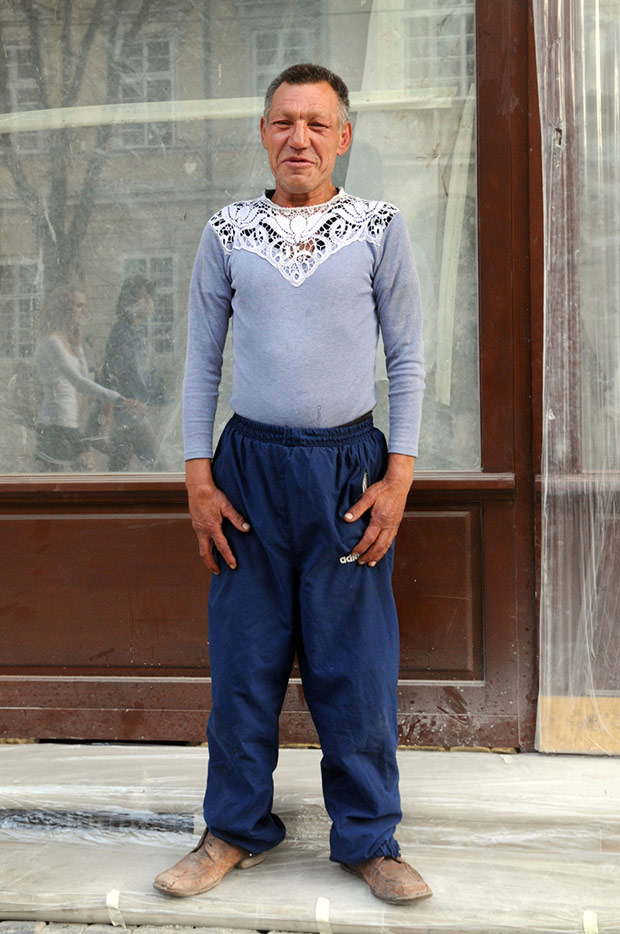 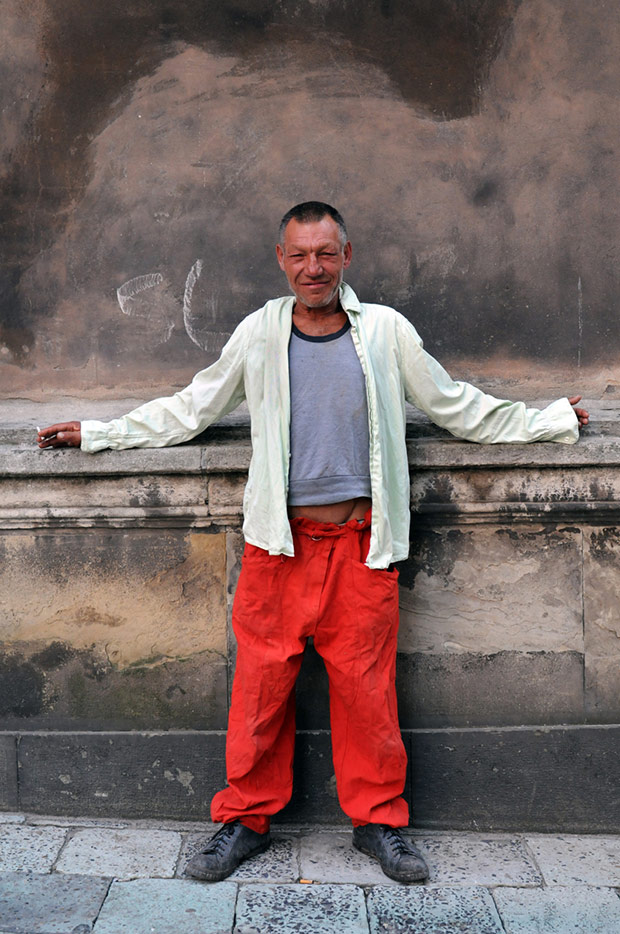 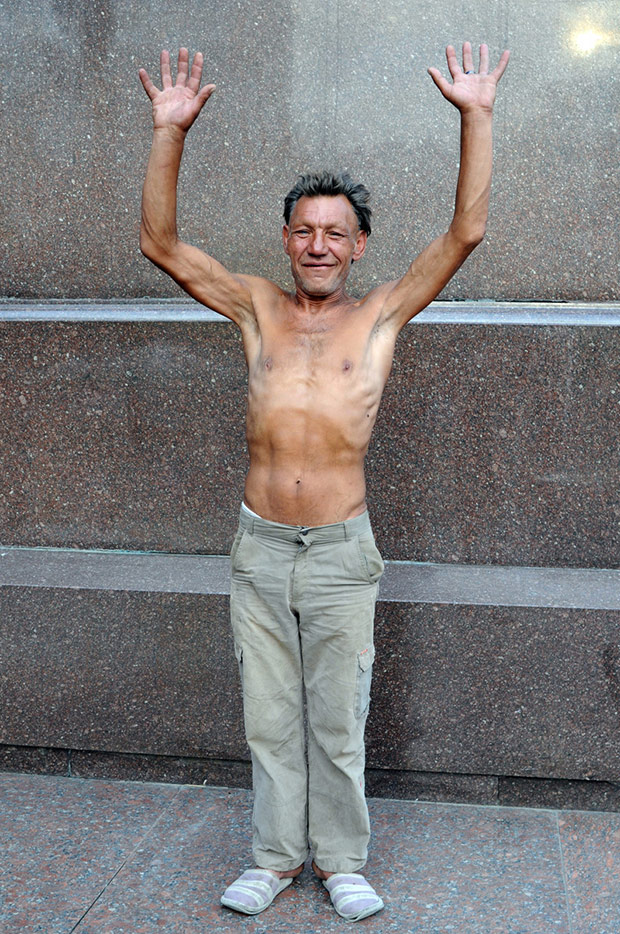