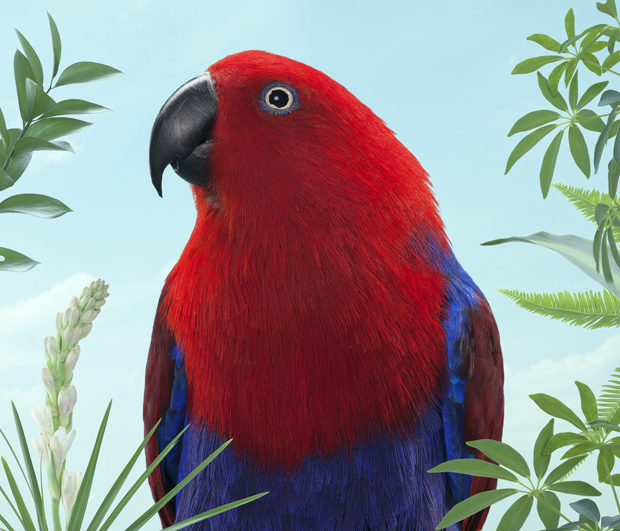 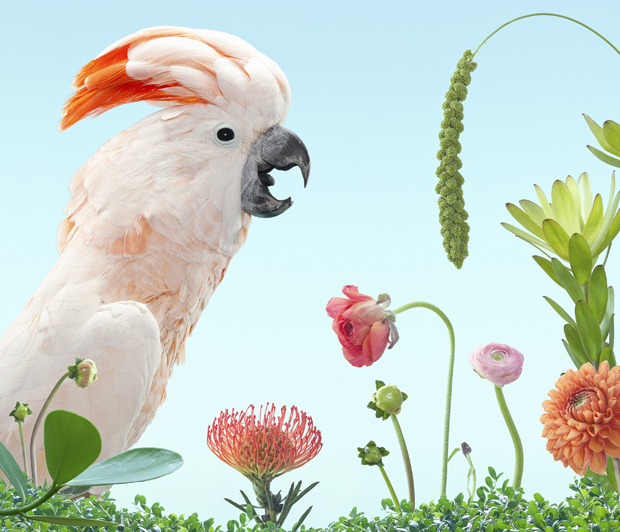 For Birds, New York-based photographer Zack Seckler relives his childhood fascination with animals, constructing fantastical scenes in which the winged creatures play, preen, and explore. In his youth, he was transfixed by textbooks about wild beasts, and his thirst for the animal kingdom remained unsatisfied by the routine trip to the zoo. Here, he visualizes those boyish reveries, grounding his fanciful visions firmly within the tradition of naturalist John James Audubon and primitivist Henri Rousseau.

Seckler’s birds are set against composited backgrounds gathered from the island landscapes of Hawaii, Bermuda, Costa Rica, and Japan. The animals were captured on location at a Connecticut-based exotic pet company, where he constructed a small basement studio. He explains that each bird had a distinctive personality; while some spoke to him, others quietly watched. Indeed, the acute awareness and intelligence of each animal is expressed through sidelong glances, open beaks, and inquisitive gestures.

In tones of blush and cardinal, the flamboyantly colored birds loom large, dwarfing the surrounding flora like bestial kings escaped from a children’s book. In these avian world, as in a child’s imagination, the laws of space and proportion hold little weight, and the birds are freed from the confines of realism and the conventions of perspective. 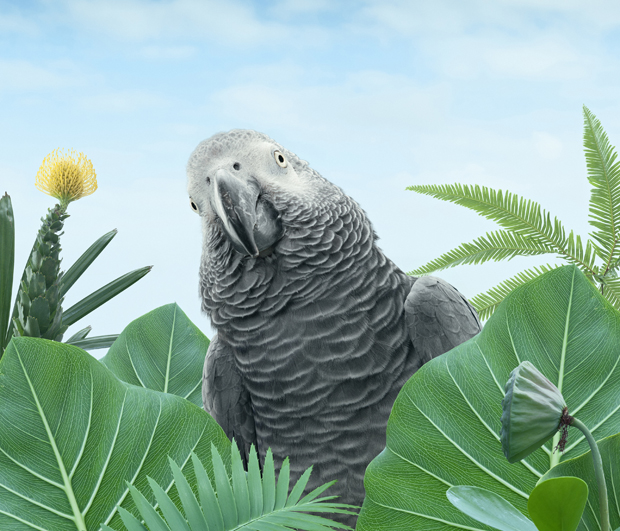 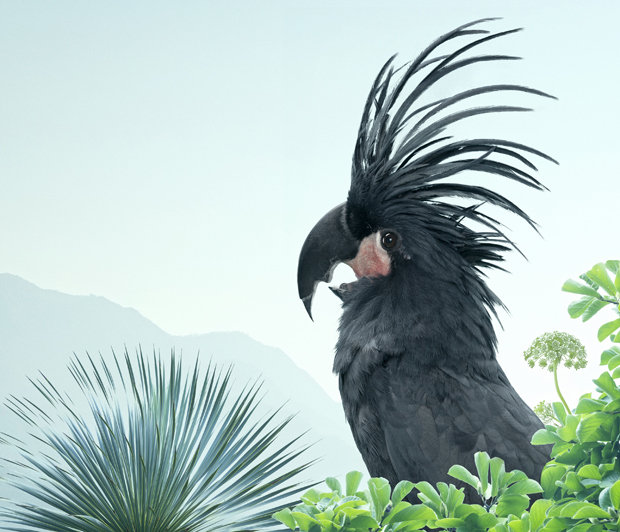 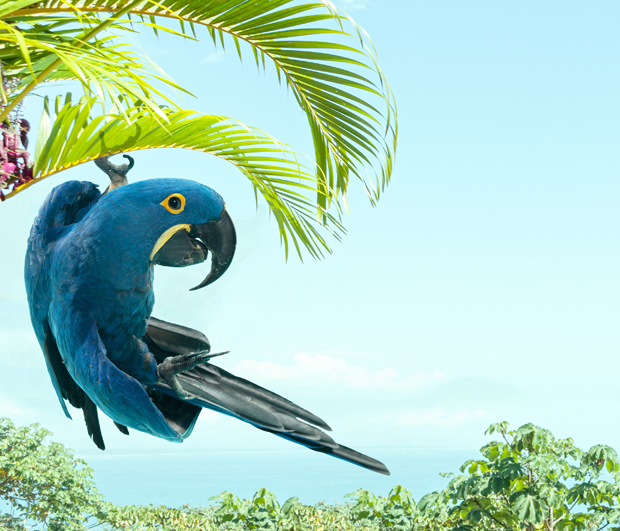 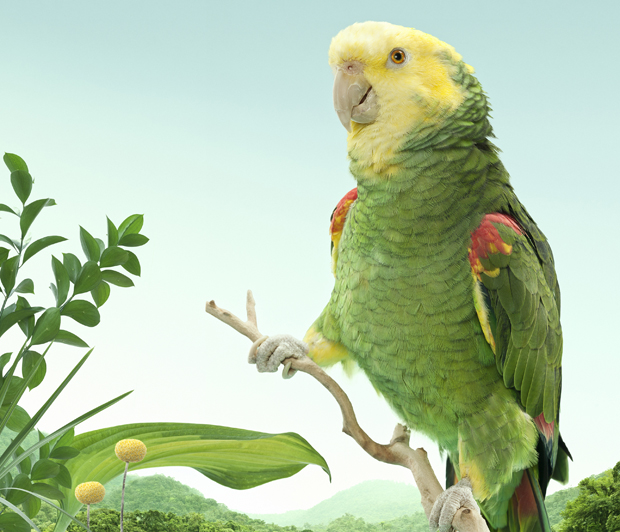 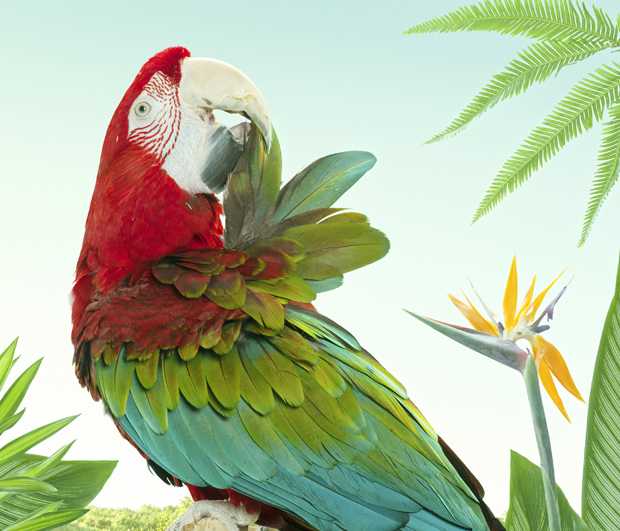 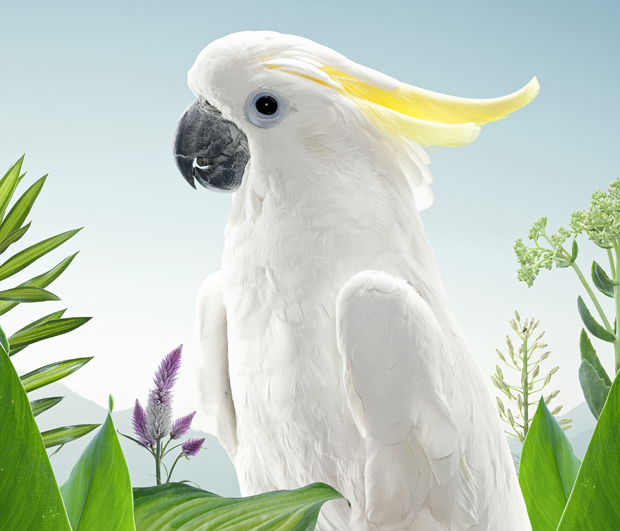