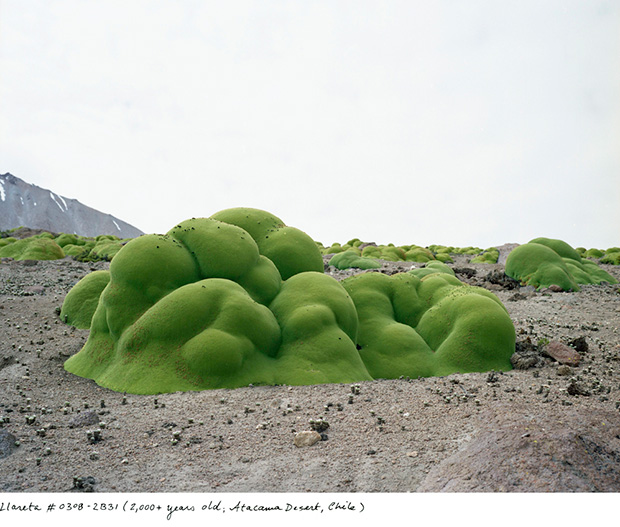 What looks like moss covering rocks is actually a very dense, flowering shrub that happens to be a relative of parsley, living in the extremely high elevations of the Atacama Desert. 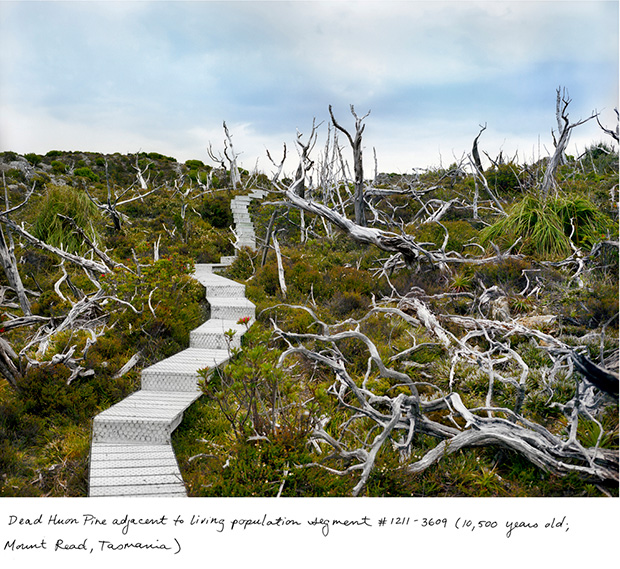 Fire destroyed much of this clonal colony of Huon Pines (as seen in this photograph) on Mount Read, Tasmania, but a substantial portion of it survived. The age of the colony was discovered by carbon dating ancient pollen found at the bottom of a nearby lakebed, which was genetically matched to the living colony.

For The Oldest Living Things in the World, Brooklyn-based photographer Rachel Sussman traveled to all seven earthly continents in search of the planet’s most resilient living organisms. Working backwards from the year zero, the photographer collaborated with some of the world’s top biologists and researchers to track down individual plants, corals, fungi, and bacteria that have persisted through at least 2,000 years to arrive at the present moment in human history.

Traversing regions from the frozen antarctic to the Caribbean sea floor, Sussman creates a survey of our most ancient fellow creatures, the oldest being a half-million-year-old strain of Siberian bacteria. As she travels back in time, Sussman brings with her the knowledge of the modern era, illuminating each individual specimen with field notes and source material. Through her lens, each organism becomes situated in relation to mankind. Baobab trees record ancient human activities within their layer trunks, while the nearly 10,000-year-old Spruce Gran Picea tree bears wounds inflicted by climate change. In Sussman’s work, the daily concerns of her travels collide with the mysterious narratives of her subjects, creating a profound philosophical dialogue between man and his fellow life form.

When compared to the unfathomable lifespans of these ancestral bodies, the reality of human condition becomes both unavoidable and irrelevant. Our mortal selves will perish before the lichens of Iceland will grow by one small centimeter, and yet our names will remain carved within the bark of 2,000-year-old trees. Under her lens, countless millennia are condensed into the instant of a shutter’s click, and she preserves the stories of these organisms just as they have recorded countless events in human history.

It is only through these species that we approach an elusive eternity, and yet their fragile lives hang in the balance, made vulnerable by human interference. During the duration of her ten year project, Sussman saw the deaths of two of her muses; Orlando’s 3,500-year-old Senator tree was burned to the ground. Sussman’s biological portraits are not eulogies but cry for preservation, borne of careful attention to the earth’s most desperate pleas.

The Oldest Living Things in the World is on view at Pioneer Works until November 2, 2014, brought to you by Studio 5/5 and Offset. 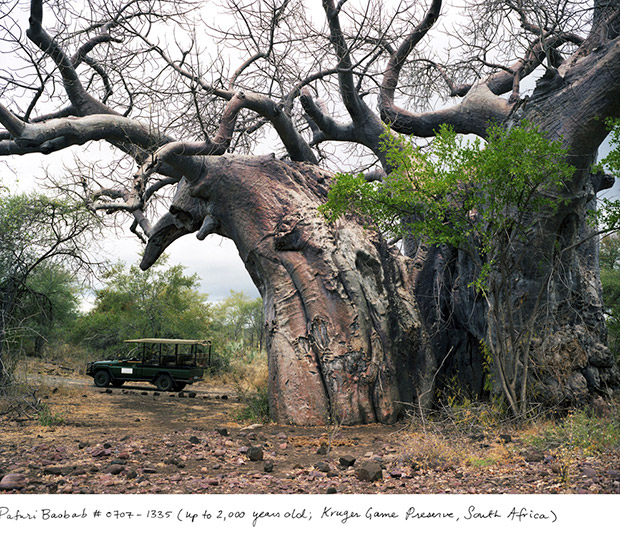 This baobab lives in the Kruger Game Preserve in South Africa and requires an armed escort to visit. Baobabs get pulpy at their centers and tend to hollow out as they grow older. These hollows can serve as natural shelters for animals, but have also been appropriated for some less scrupulous human uses: for instance, as a toilet, a prison, and a bar. 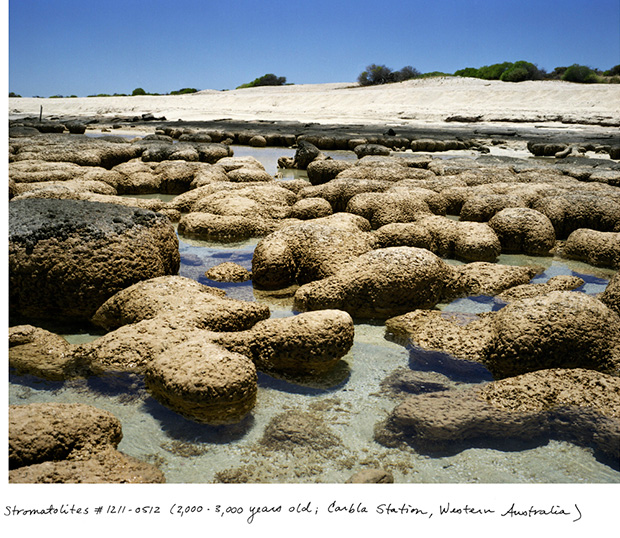 Straddling the biologic and the geologic, stromatolites are bound cyanobacteria; organisms that are tied to the oxygenation of the planet that began 3.5 billion years ago, setting the stage for the rest of all life on Earth. 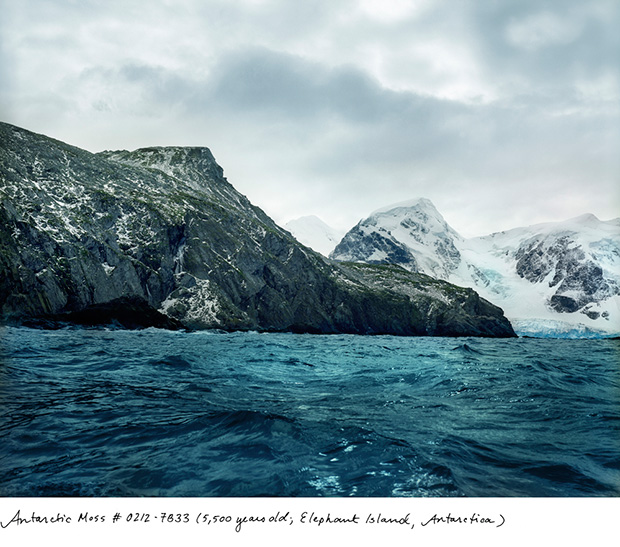 This 5,500-year-old moss bank lives right around the corner from where the Shackleton Expedition was marooned 100 years ago on Elephant Island, Antarctica. It was a victory simply being able to locate it. These days it’s easier to get to Antarctica from space. 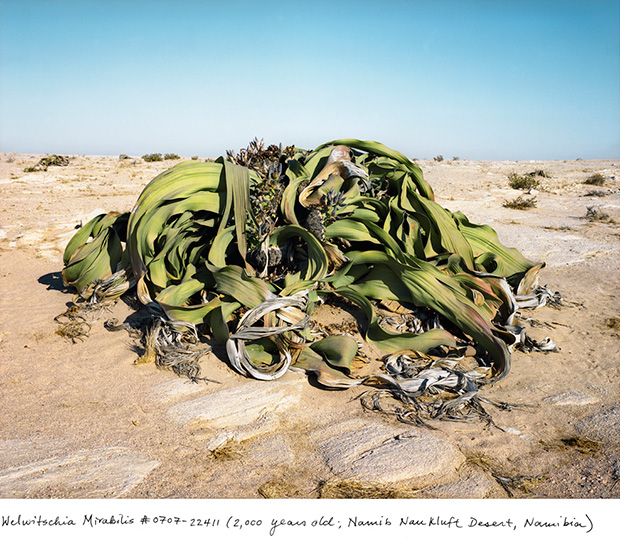 The Welwistchia is primitive conifer living only in parts of coastal Namibia and Angola where moisture from the sea meets the desert. Despite appearances, it only has two single leaves, which it never sheds. National plant of Namibia. 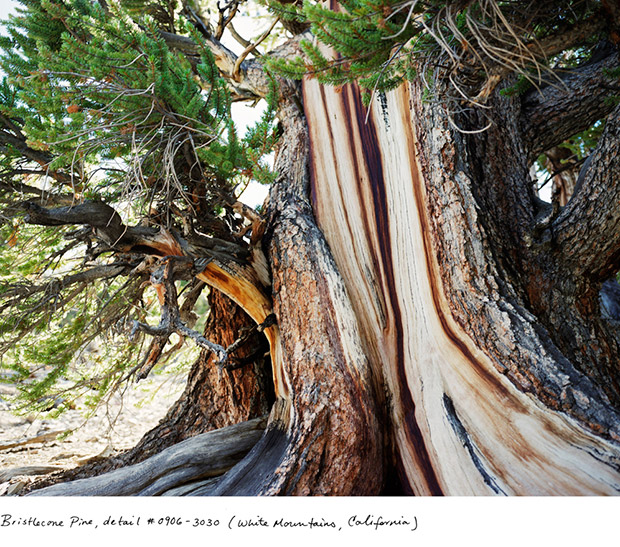 Bristlecone pines are the oldest unitary organisms in the world, known to surpass 5,000 years in age. In the 1960’s a then-grad student cut down what would have been the oldest known tree in the world while retrieving a lost coring bit. A cross section of that tree was placed in a Nevada casino. 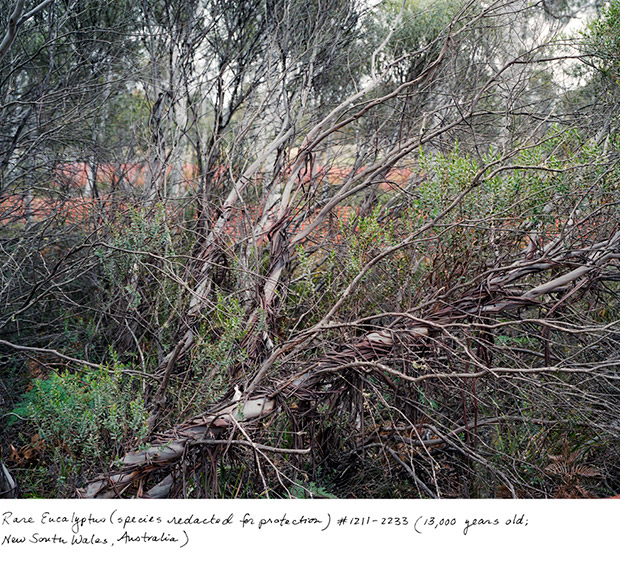 This critically endangered eucalyptus is around 13,000 years old, and one of fewer than five individuals of its kind left on the planet. The species name might hint to heavily at its location, so it has been redacted. 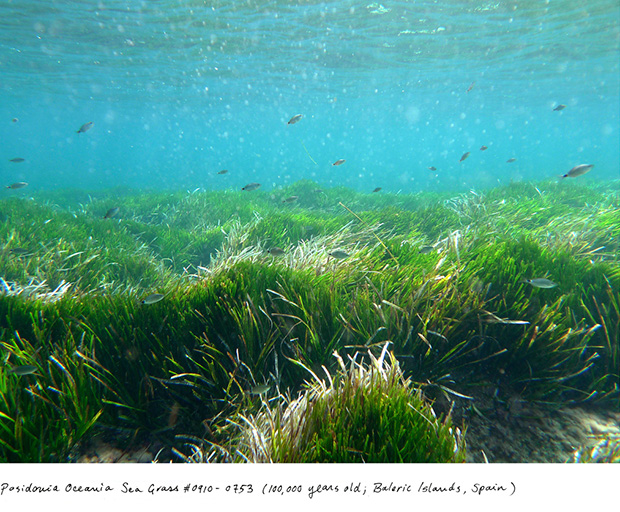 At 100,000 years old, the Posidonia sea grass meadow was first taking root at the same time some of our earliest ancestors were creating the first known “art studio” in South Africa. It lives in the UNESCO-protected waterway between the islands of Ibiza and Formentera. 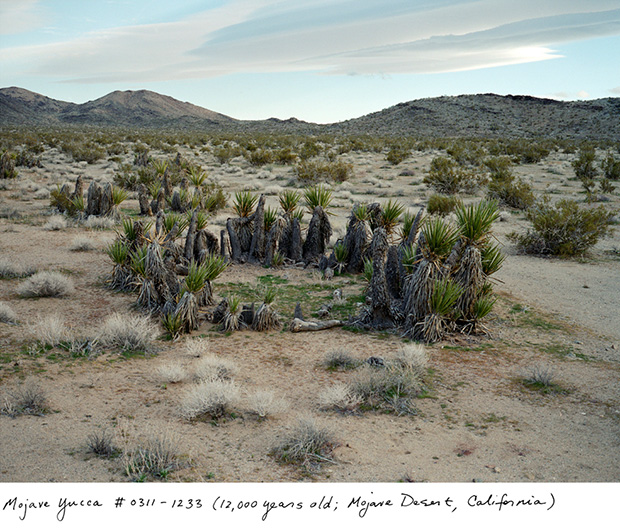 The approximately 12,000-year-old creosote bush and Mojave yucca both have remarkable circular structures, pushing slowly outward from a central originating stem. New stems replace old ones, but they are all connected by the same clonal root structure. 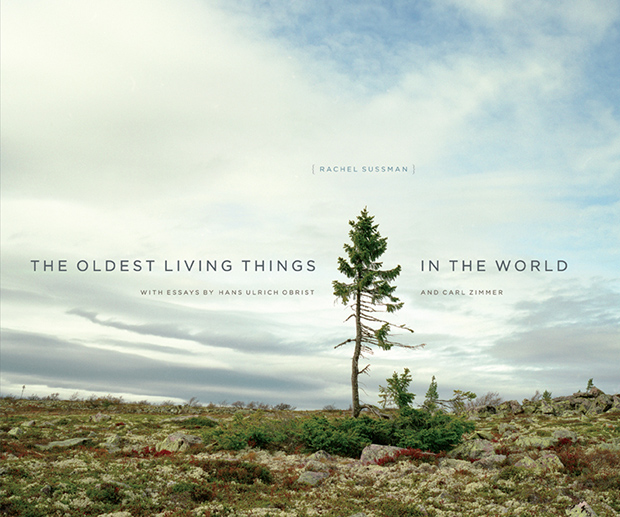 This 9,950-year-old tree is like a portrait of climate change. The mass of branches near the ground grew the same way for roughly 9,500 years, but the new, spindly trunk in the center is only 50 or so years old, caused by warming at the top of this mountain plateau in Western Sweden. 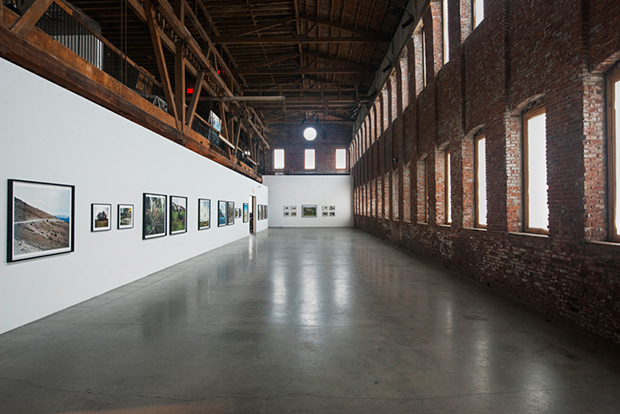 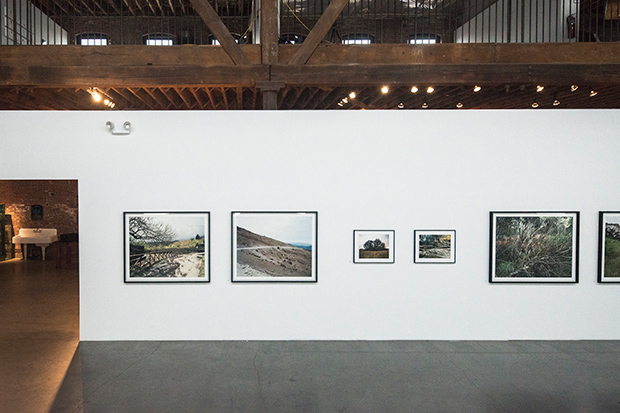