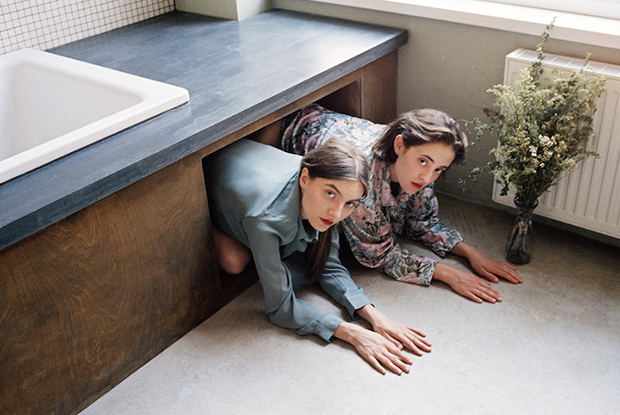 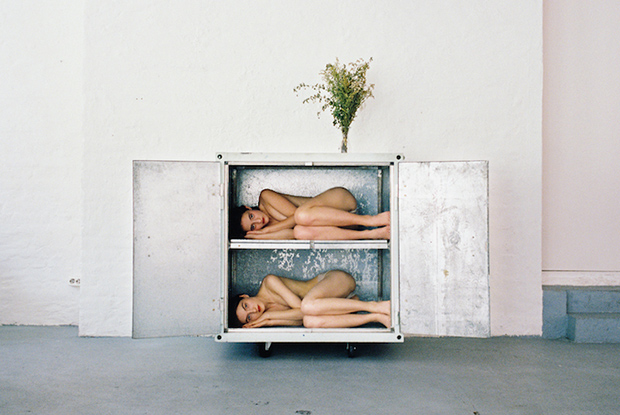 For Identities, Istanbul-based photographer Can Dagarslani explores the possibilities and limitations of personal identity by casting two different women as twins who mirror both one another and their inanimate surroundings. While Part I of the project is set in a spare, empty studio, Part II unfolds within the context of an apartment furnished with mid-century Bauhaus designs.

Where the girls first stand out as rosy-cheeked individuals within the blank space of Part I, Part II sees the duo adapt and surrender to their surroundings. After a long search, Dagarslani chose models Marlene Pina and Sophie Bogdan for their uncanny likeness to one another, finding moments wherein they both reflect and counterbalance one another. In the surreal setting of Identities, the women shy away from asserting their disparate selves, becoming doll-like effigies that express themselves only in relation to one another.

For Dagarslani, who is also an architect, the geometries of the space itself play a key role, becoming as much a character in the visual narrative as the models themselves. Where the open white space of Part I contained boundless potential for movement and form, the emerging domestic space of Part II both expands and limits the women’s possibilities, directing and regulating their actions even as it helps to define their roles. 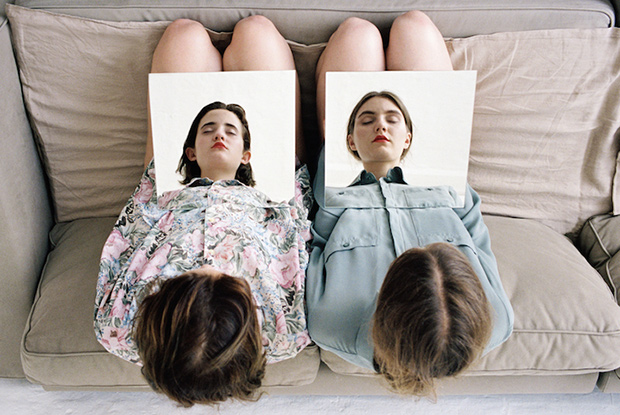 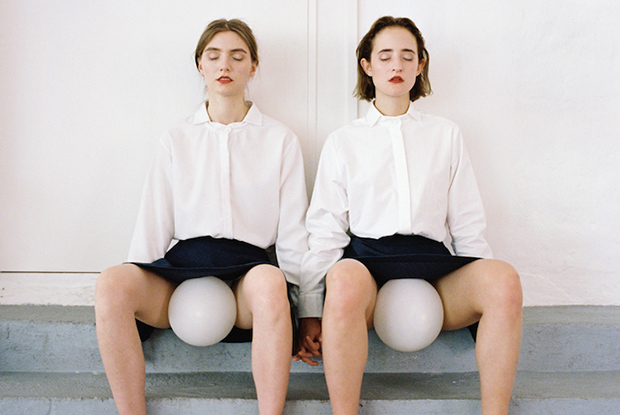 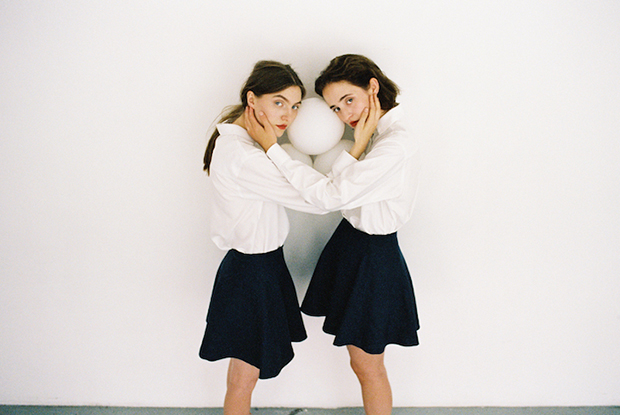 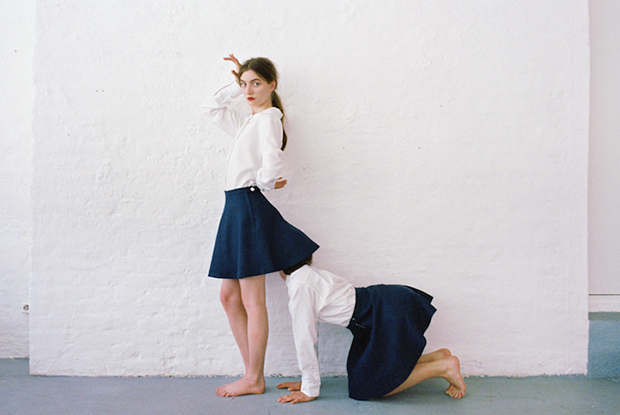 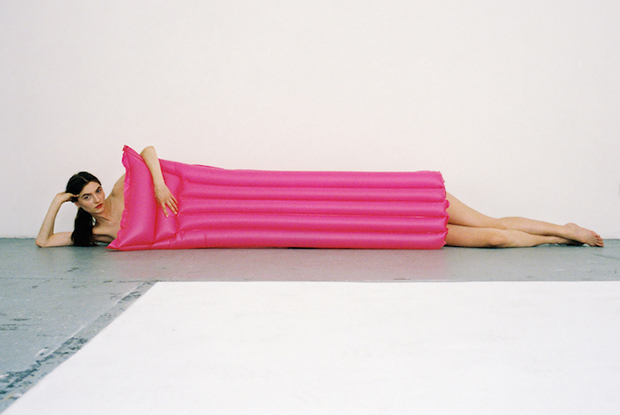 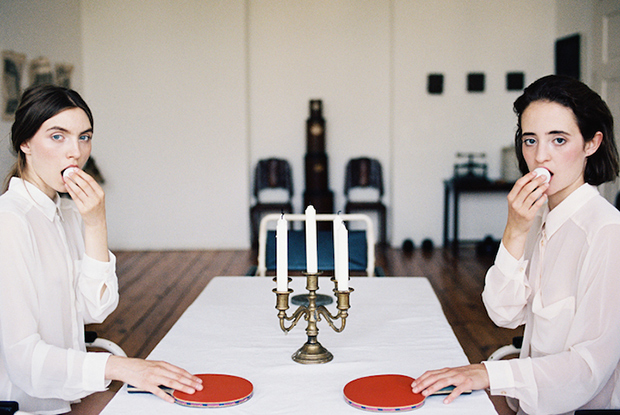 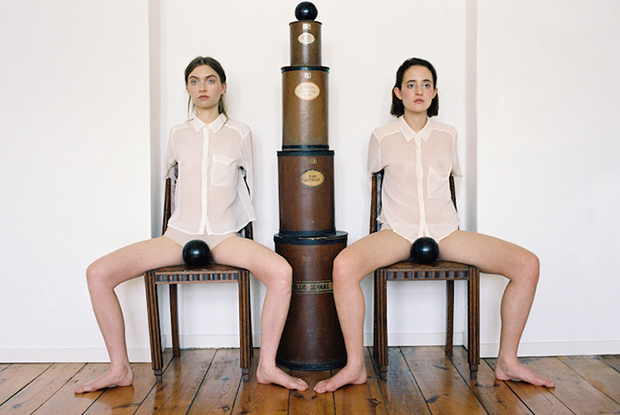 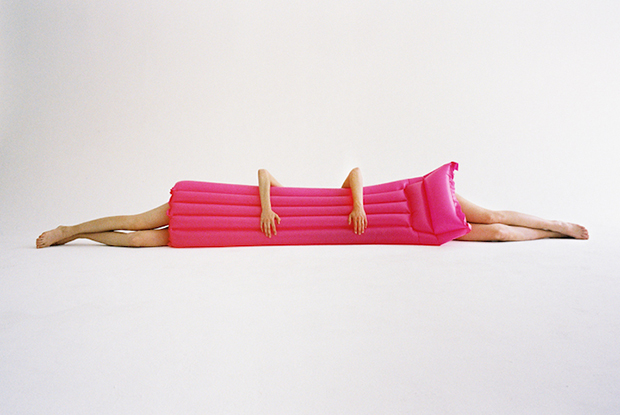 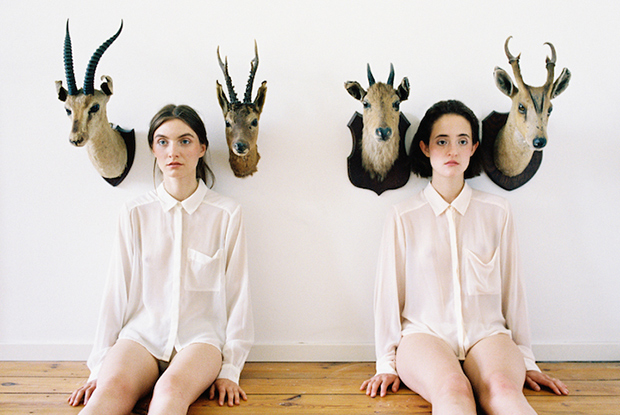 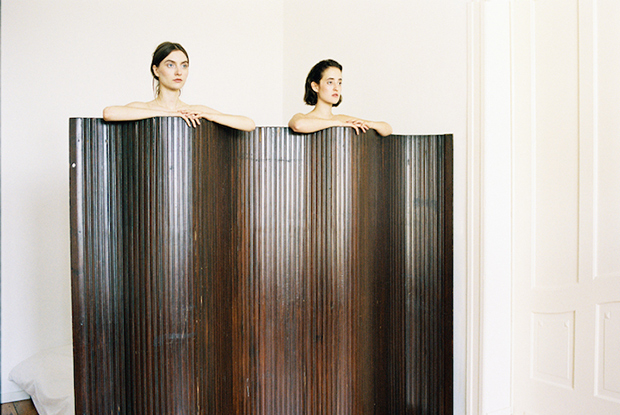