‘Funny Business’: Hilarious Portraits of Comedians in Their Homes 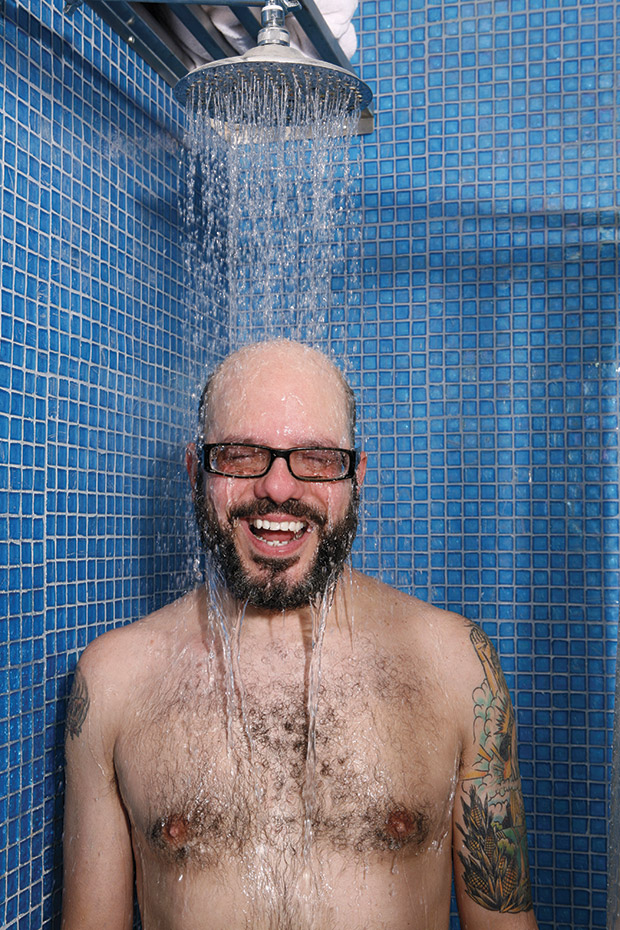 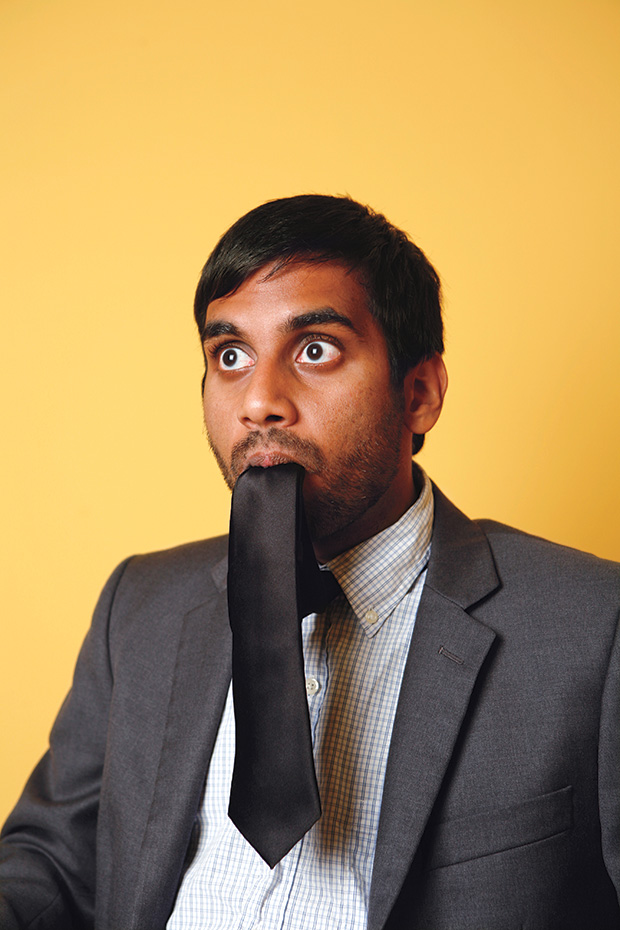 For Funny Business, Brooklyn-based photographer Seth Olenick enters the homes of the biggest names in comedy, constructing playful scenes from their domestic surroundings. He began the project over six years ago, and has since traveled countless times from Los Angeles to New York and back, capturing hundreds of portraits of everyone from Hollywood’s treasured icons to stand-up’s emerging talent.

In Olenick’s 235-page book, humor is endowed with revelatory properties, each visual antic betraying the innermost nuances of his beloved characters. We know these comedians intimately, having spent countless hours watching them perform, and yet, Olenick’s lens allows us to encounter them more confidentially, within the context of their personal belongings and family routines.

It’s easy to make an audience laugh with movement, gesture, and words, but the genius of Olenick’s subjects lies in their ability to entertain us with a single frame. One after the other, they reveal their eccentricities and vulnerabilities, flawlessly expressing the whimsy and absurdity that unites us all as human beings. We spoke to Olenick about the project. 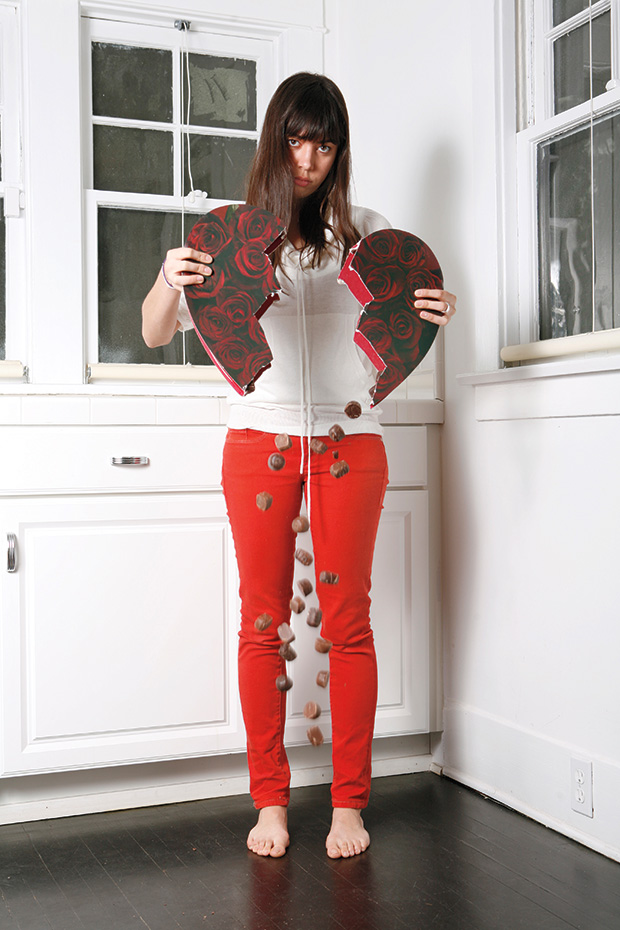 What inspired you to pursue this project? Why comedians?
“After my dream of having a magazine geared toward bald people didn’t come to fruition, I decided to take my idea of a photo spread of bald comedians and turn it into an independent project. I had already worked with some comedians through my position at Heeb Magazine as the Photo Editor, so I was able to tap into those connections I already had. As someone who has loved comedy his whole life, I felt connected to that world more than any other, with music being a close second. That was the genesis of going out and starting to do these shoots.” 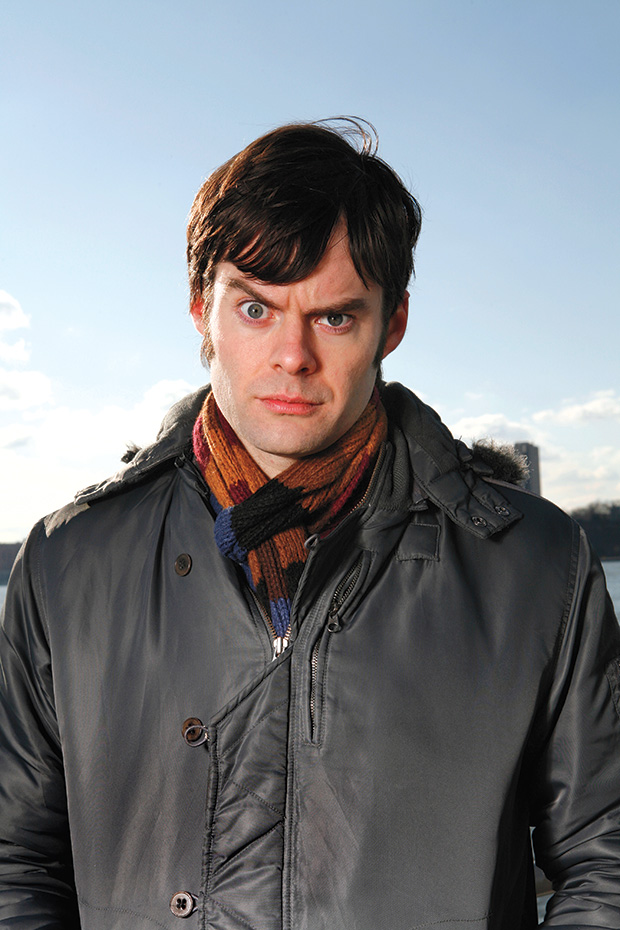 How did you gain access to your hundreds of subjects?
“Well, the first 7 people I reached out to came from having shot them for Heeb. From there, I would go out to shows and stick around afterward to talk to the comics and see if they’d be interested in being part of the project. Very few people didn’t want to do it, and then there were some that ended up being the tipping point for me. Paul Scheer, Scott Aukerman, and members of The State put me in touch with some of the biggest names I got to shoot, and I am forever grateful for that. I would carry around my iPod Touch with the photos I had already done up to that point, so if I met someone I could show them so they knew I was for real and not just some kid who had a camera.” 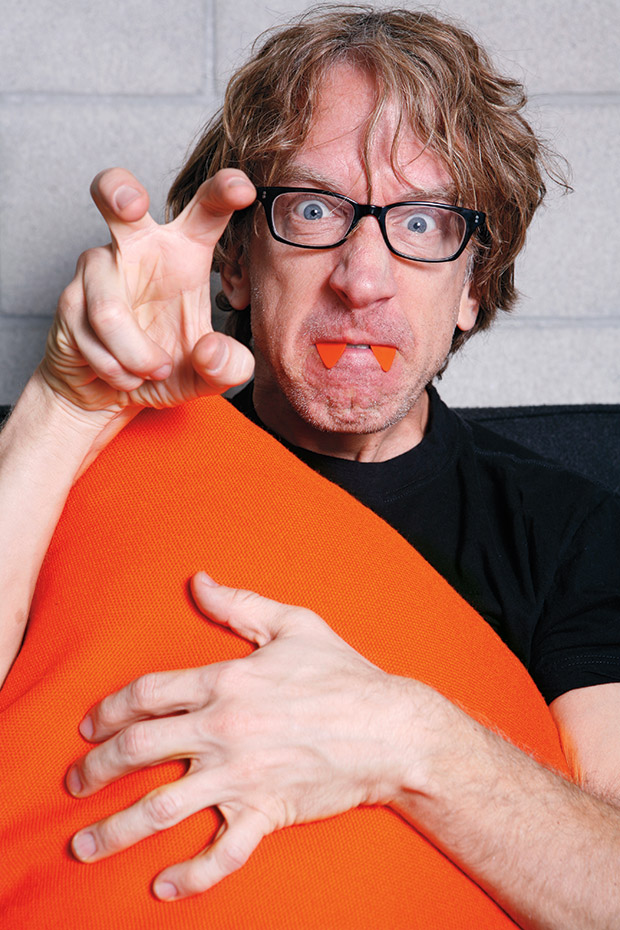 You shot some of your subjects before their rise to fame. What did you see in them, and how did you know to include them in the book?
“A lot of that came from going out to shows, seeing these people perform and just loving their brand of comedy. If they made me laugh, I wanted to photograph them. Also, when I would do a shoot with one comic, I would ask if they knew anyone else that should be part of this. When you get the vote of confidence from another comic, it’s likely going to be someone who has talent. I often just found myself in the right places at the right time, knowing the right people. Originally the book was going to be split evenly between big names and up-and-comers, but throughout the process, the people who hadn’t made it when we did our shoots were all of a sudden on network TV shows and huge movies. I would never say I discovered them, but I’m certainly glad that I have them documented at a time when they weren’t well known. It shows the authenticity of the book as a whole.” 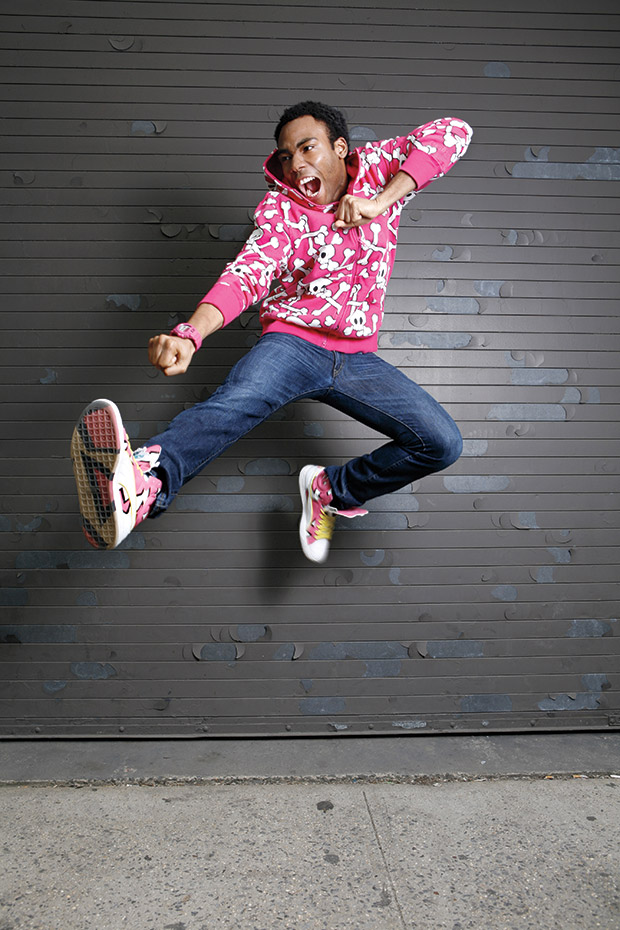 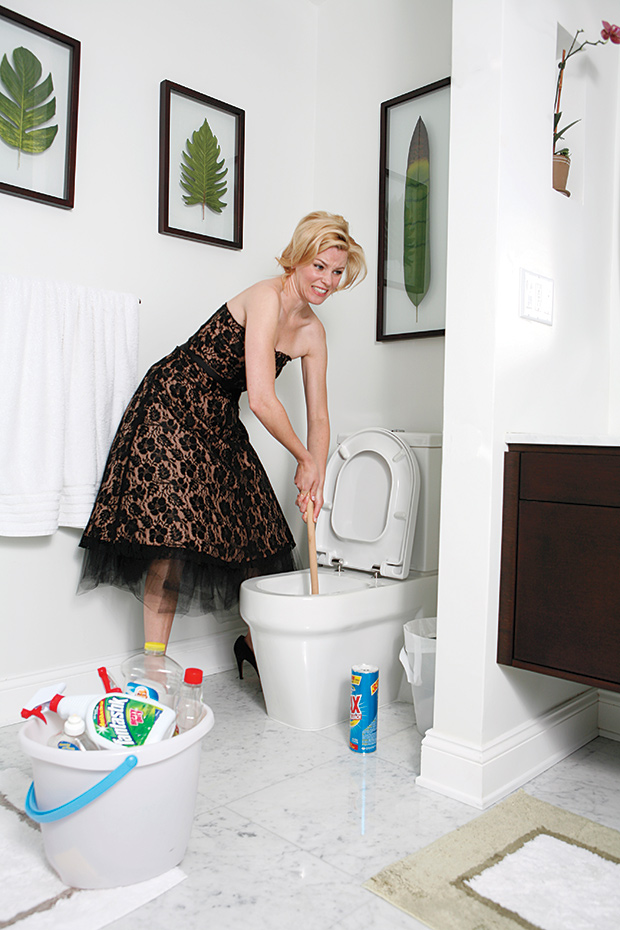 This is a side of comedy we don’t often see. Why did you choose to set these portraits at home rather than on stage?
“I have shot a lot of live comedy. I still do sometimes for friends’ shows. I just don’t like that I can’t control the situations when it’s on stage. There are only so many angles you can get, and you can’t ask the person to move just a little bit to the right so that they’re actually in the spotlight. I’m a bit of a control freak, so doing it at someone’s home allows me to work in different spaces each time while also having the subject in familiar surroundings where they can feel a lot more comfortable. It’s when they’re comfortable that they’ll let their guards down a bit more, and then we can have more fun with the photos.” 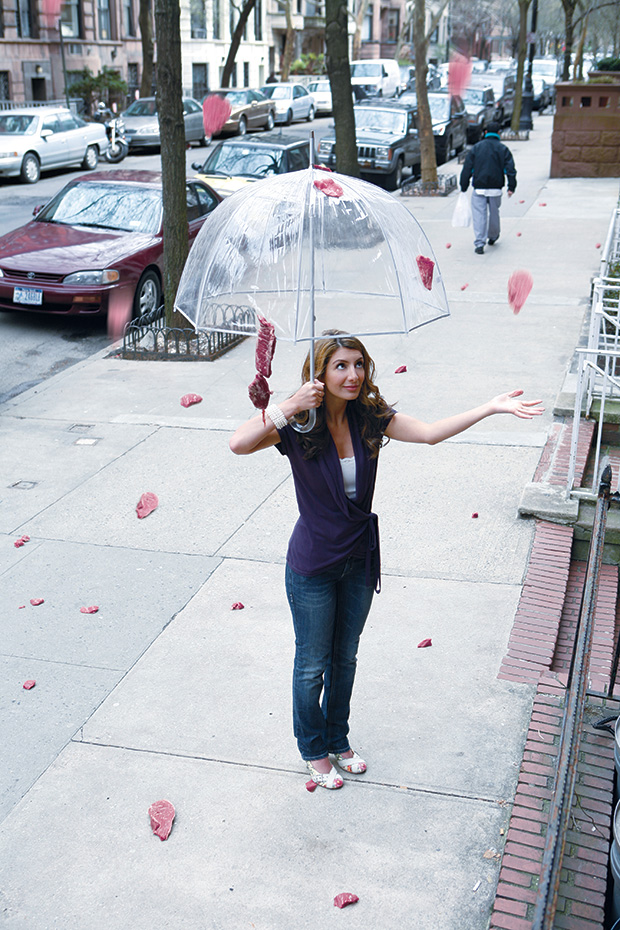 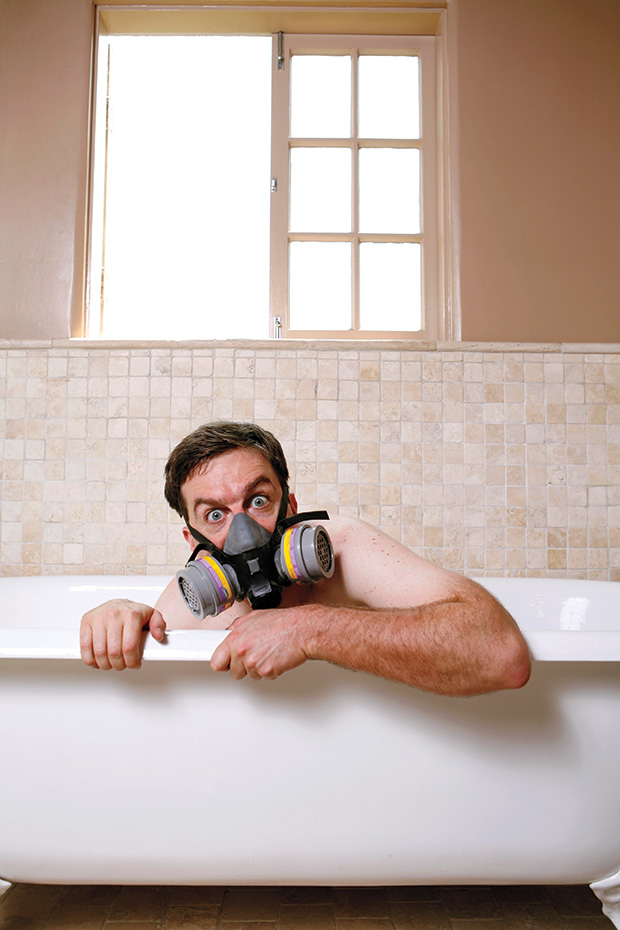 What surprised you while working on this project? Any fun anecdotes?
“It’s always a fear when you are working with people who you’ve admired for years that they’ll be a jerk. What I found in doing this project is that a lot of these people were so down to earth and kind-hearted that it made me feel like I could talk to them as if they were just any person on the street. I got to ride “Weird Al” Yankovic’s Segway around his home (a dream of so many different levels), and throughout the process received a juicer, an iPod, and lots more photo work from a lot of the subjects.

For me, the most important thing was building a rapport with them, and making sure that there was trust on both sides. My shoot with Jon Hamm will always stick out because he was more interested in talking, and getting to know one another before we started the shoot. To me, that was great because if I have never met the person before doing the shoot, there can be a bit of a disconnect when taking the photos, and it shows. When there’s that familiarity with one another, there’s an intimacy in the photos that wouldn’t have been there otherwise.” 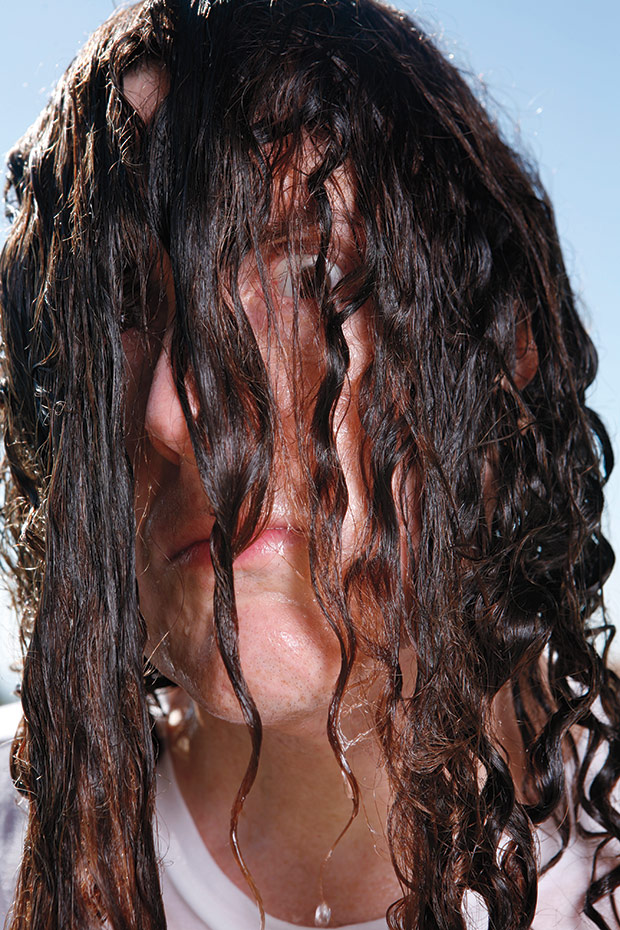 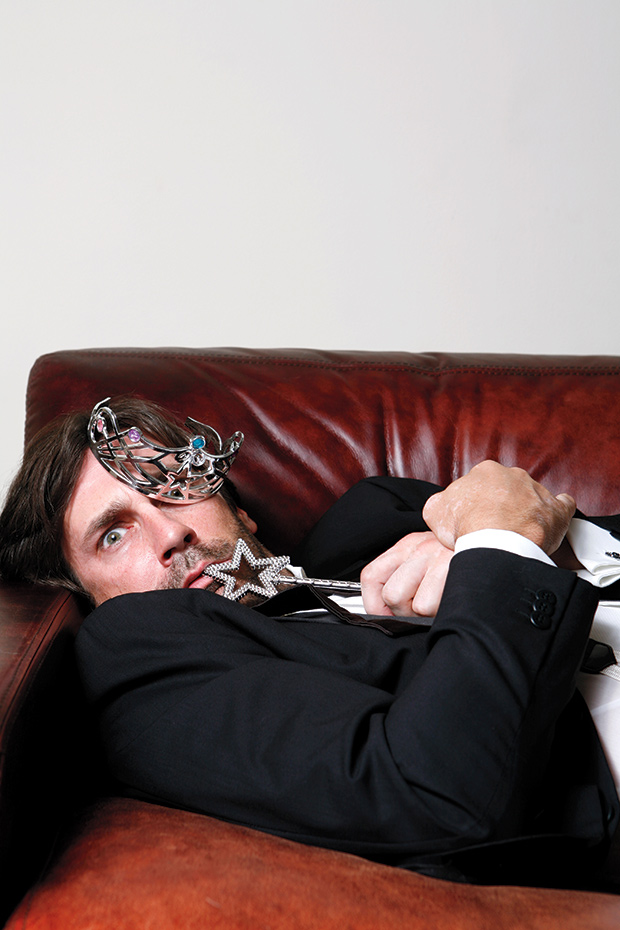 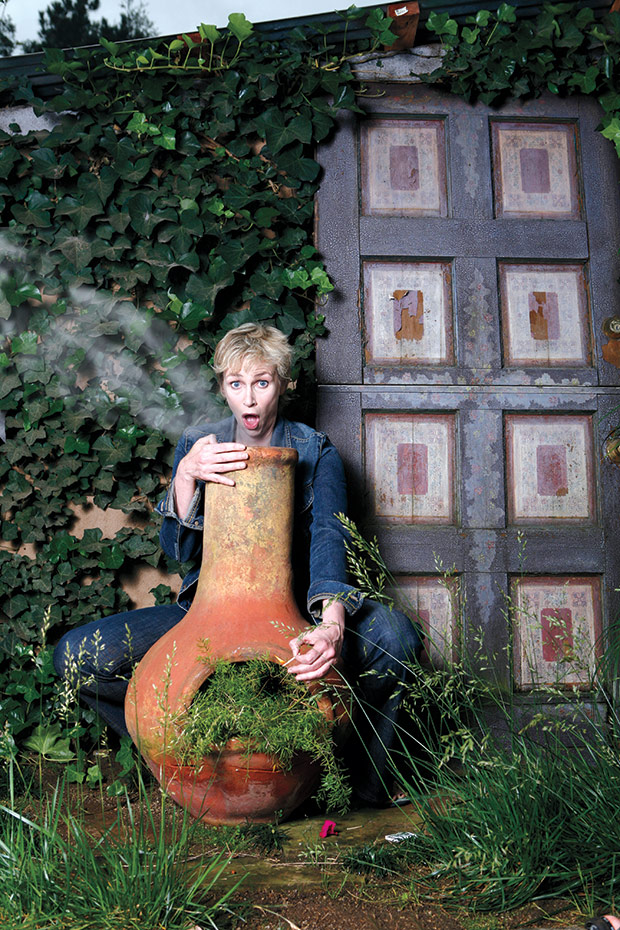 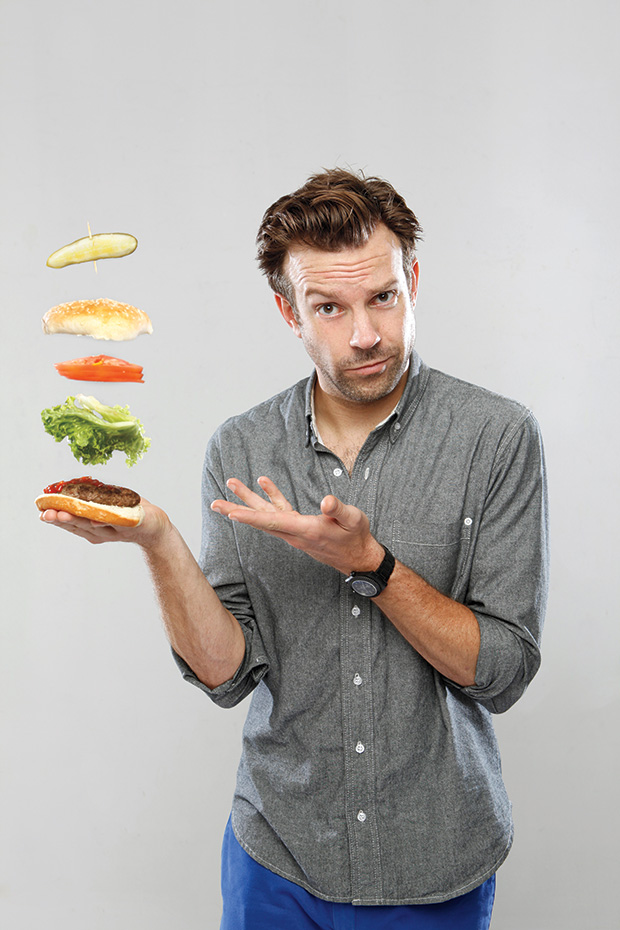 How did you come up with ideas for your shoots? Was it a collaborative process?
“The concepts for the shoots came about in a few ways. Sometimes I would ask the subject if they had any ideas that they’ve wanted to do in a photo. Sometimes I would have an idea specifically for the person and pitch it to them ahead of time. More often than not, though, it was a collaborative process that started when I entered their home. Having access to their personal belongings and their wardrobe allowed for endless possibilities, so we could bounce ideas back and forth until it seemed like something that would be funny without being forced. In the case of Lance Krall, I had the idea of doing something with a baby that would make Anne Geddes cringe. The people I wanted to do that with ended up not committing to a shoot, so when I went to Lance’s house and saw his daughter, I pitched the baby sandwich idea to him. After clearing it with his wife, I went to the store to get the ingredients, and one of my favorite setups was born. You have to be fearless when coming up with ideas like this, but you also have to be respectful. I always gave the subjects the option of saying no to me. It was the ones who said yes to everything that I felt were most successful though.” 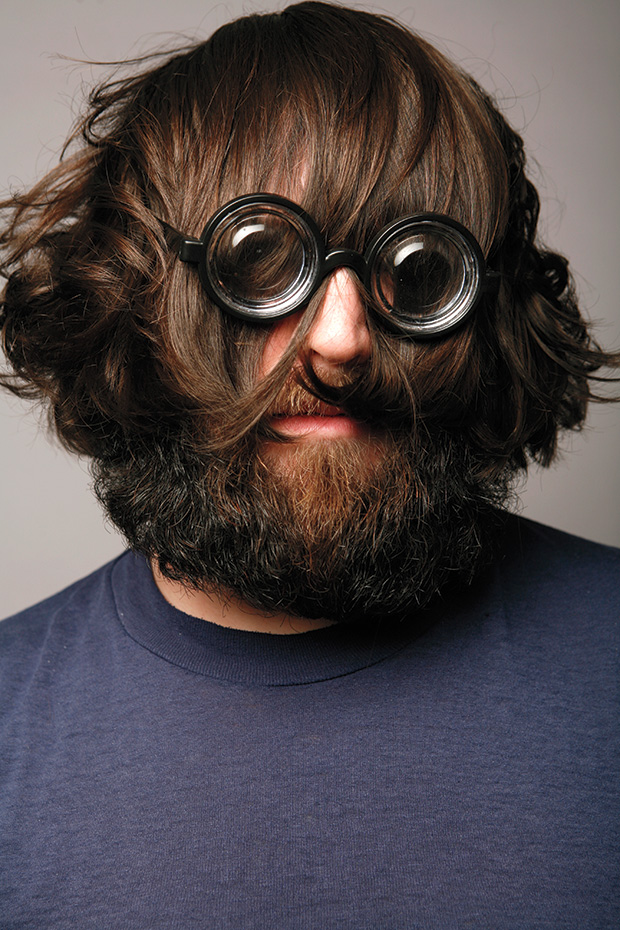 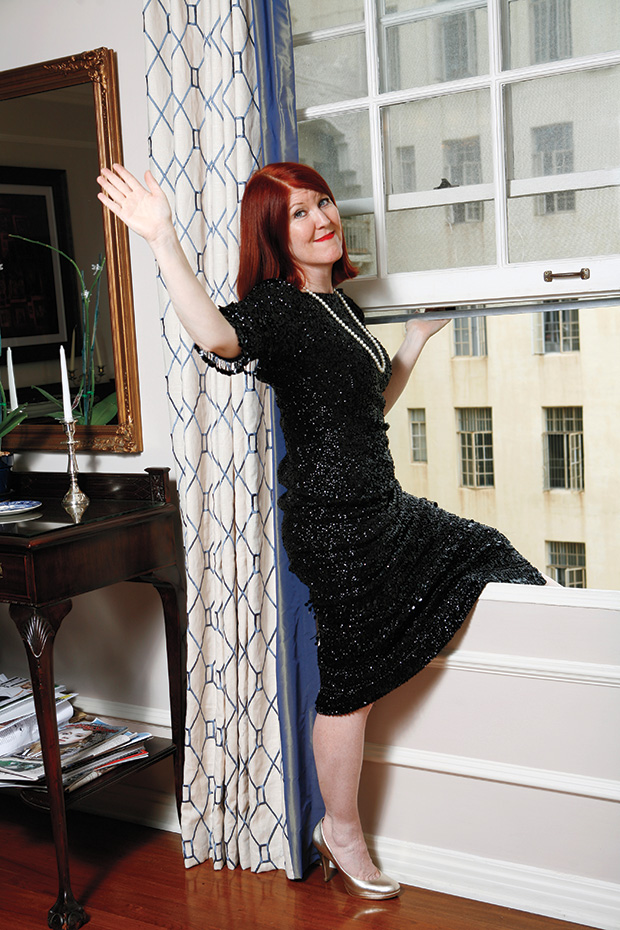 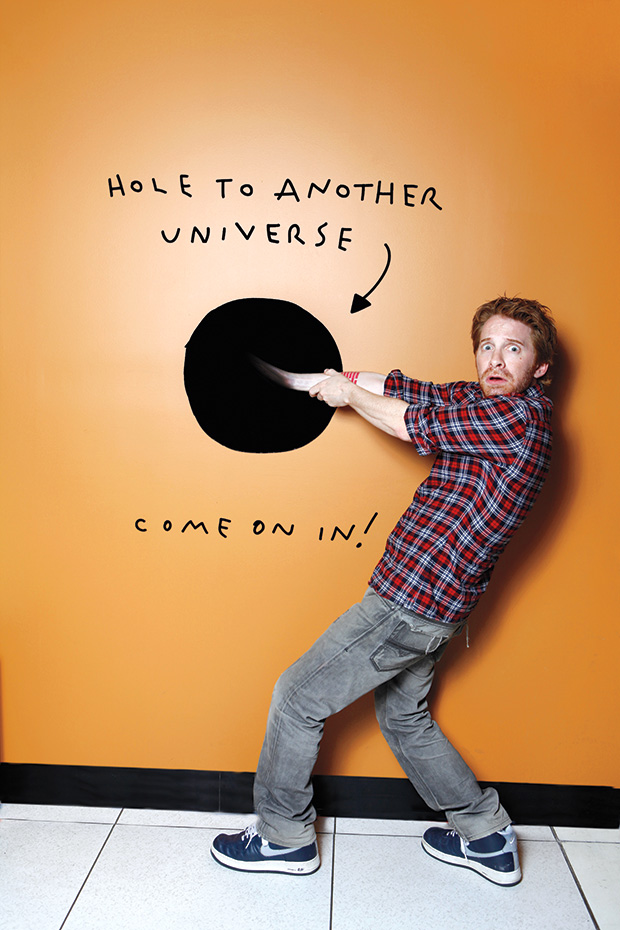