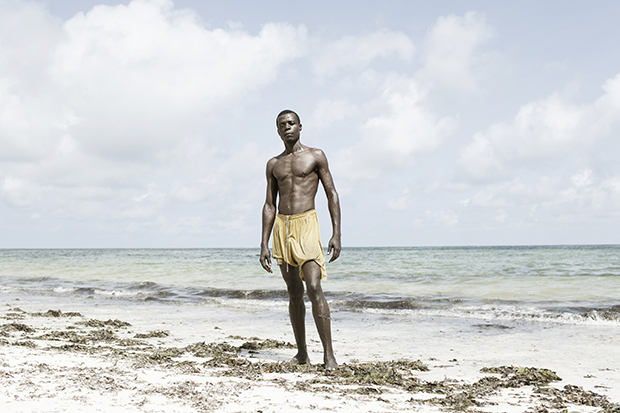 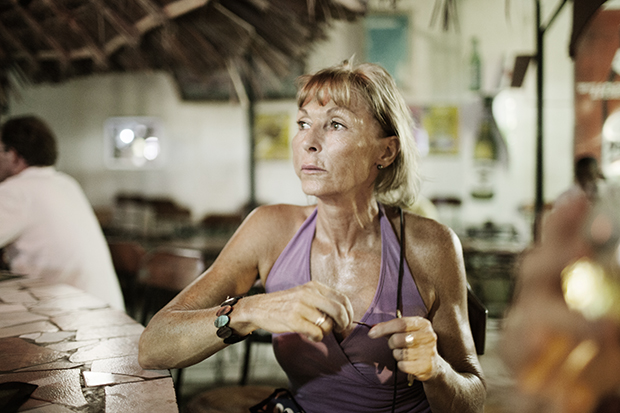 Sex tourism as we know it often features women offering a veritable buffet of sexual performances to men–images arise in the mind, perhaps, of the Red Light District in Amsterdam. But what about sex tourism for women? Danish photographer Sofie Amalie Klougart stumbled upon what is known as “Romance Tourism,” while on a work trip in Mombasa, Kenya. This phenomenon involves Kenyan men offering themselves to older western women vacationing on the country’s beaches. Klougart learned from the women themselves that while the relationships begin as sexual, they often develop feelings for the men that are all too rarely reciprocated. For the men, one woman surmises in an interview, it’s not a matter of love but survival, and the women, who have the luxury of not worrying about survival, get caught up in the fantasy.

Klougart found out about “Romance Tourism” from a photojournalist friend, and was shocked to discover there was little coverage of it, local or otherwise. She was intrigued, she says, by the way the concept challenged the common idea of romantic love and the way women’s sexuality is viewed. “On a personal level I was curious to know how the women handled the cultural, economical and social differences and how they look upon this phenomenon themselves,” she says.

The photographer approached all of the couples she met while on the beach, telling them she was working on a story about love. Eventually she met one woman, Louise, who laughed at the proposition: “Love! That doesn’t exist here!” Louise was in a relationship with two young Kenyan men at the same time and introduced her to other women in similar relationships. By simply asking the couples for permission, they allowed her into their lives.

The images are stunningly spare–a closeup of a bright gold purse, a couple walking into a car’s headlights, an empty poolside view. They serve as a reminder of the inevitable loneliness experienced on either side of the couple. The men see a place to sleep, a meal ticket, all for the price of companionship with someone they don’t truly love; the women see a lover they may never get to experience on the deeper emotional level they crave. Their experiences, though seemingly symbiotic, are mutually empty, a reality reflected in Klougart’s subtle yet powerful photographs. 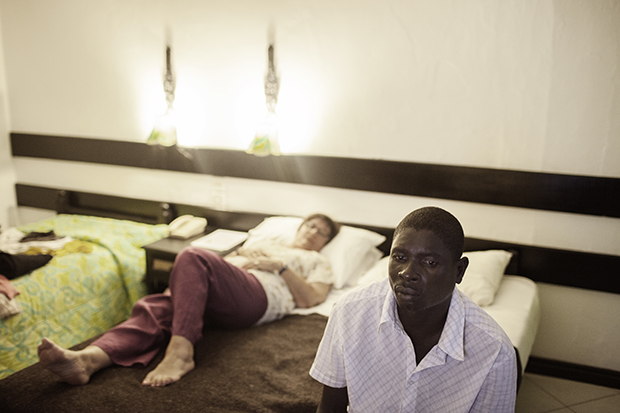 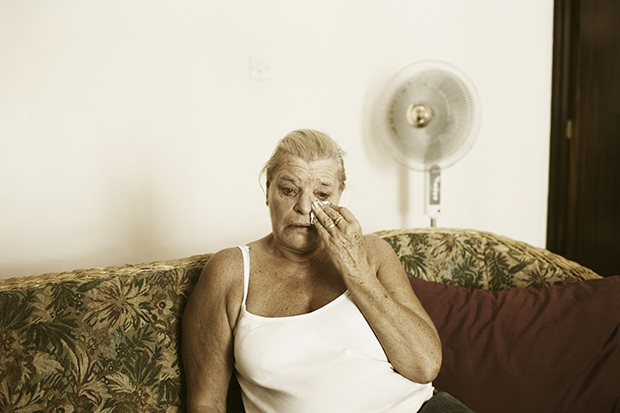 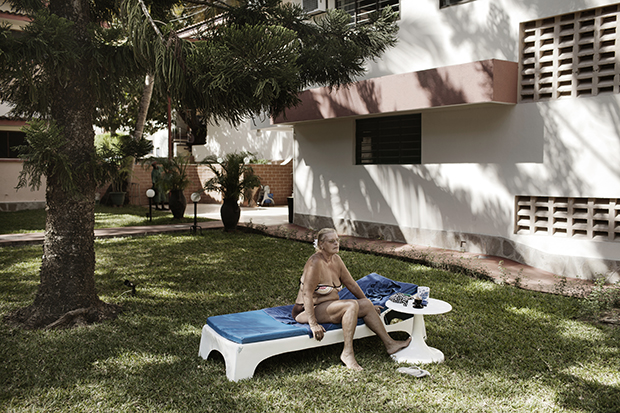 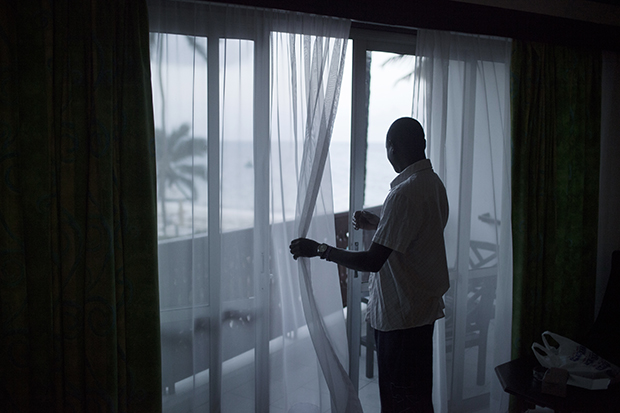 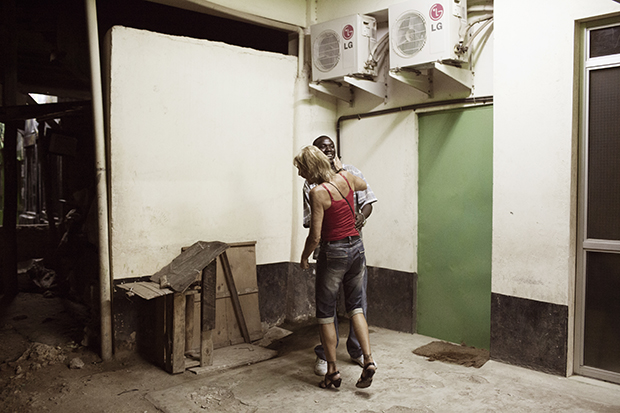 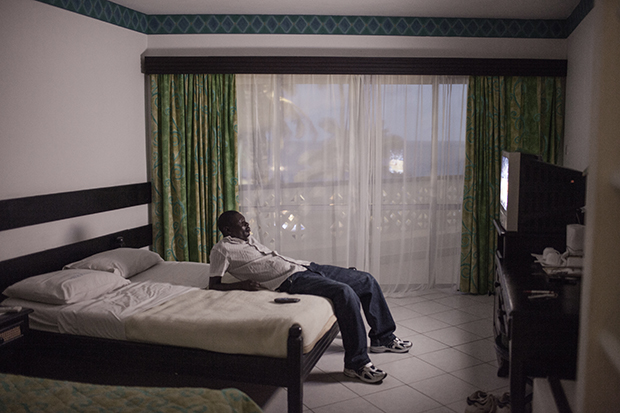