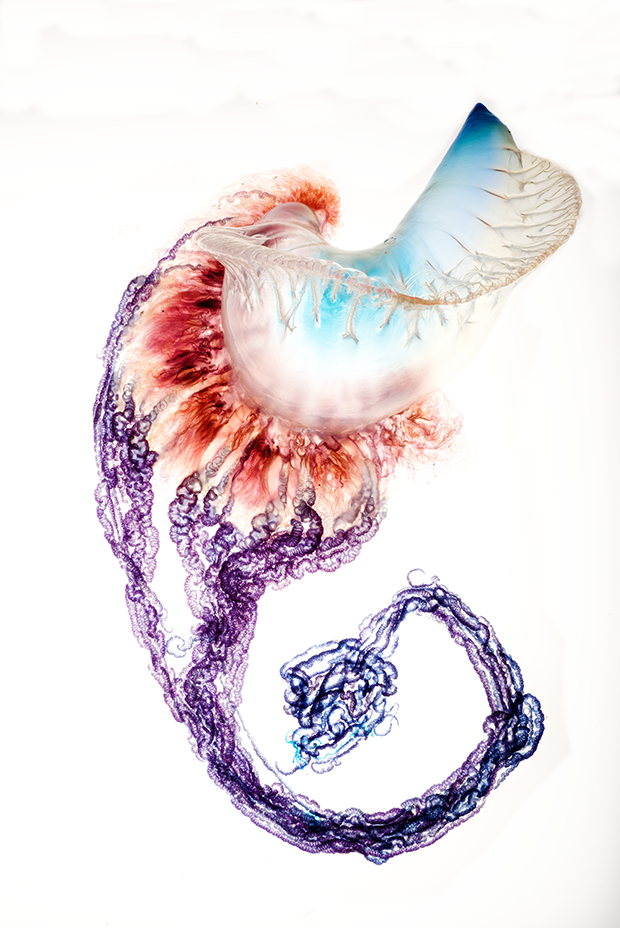 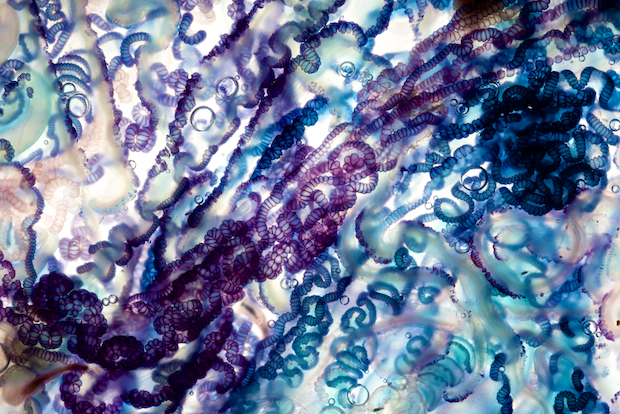 The mysterious Portuguese Man O’ War sting an estimated 10,000 humans annually, needling their prey with hypodermic blades that deliver lethal venom. For photographer Aaron Ansarov, the gelatinous beasts, closely related to jellyfish, are creatures to be revered more than feared. In the midst of our culture’s plethora of imagery, he explains, the value and beauty of nature can be lost and forgotten. His Man O’ War images, mirrored to create the illusion of a human face, give agency to the misunderstood creatures, allowing their watercolor hues to inspire a more profound understanding of the world around us.

The Man O’ War is in fact not a single being but a super-organism, composed of several genetically identical bodies designed for specific functions, including hunting, eating, floating and reproducing. The food consumed by the Man O’ War stomachs are distributed throughout the colony, nourishing each member. They move not by their own volition but by a sail that fills with gas, allowing them to float around the ocean. Unfortunately, this trait is sometimes the creatures’ downfall, allowing them to be blown by the wind onto the shore to die.

It is on the shores of a Florida that Ansarov discovers them. Visiting a local beach, he plays with his children while his wife gathers five to seven Man O’ War into a beer cooler filled with salt water. Sadly, most of them are already in the process of dying, and he is careful not to interfere. Although they are all living, their coloring provides small clues into their states of decomposition; purples and reds signify health, where browns suggest decay.

After taking them to his home studio and light table, Ansarov quickly returns them to the water surrounding the approximate place in which they are found. He explains that sometimes they are swept out to sea to flourish, but at times they wash up again on the shore. In his mind, his role is simply to record their beauty and leave the rest to nature. “It’s not for me to decide,” he says of their survival. 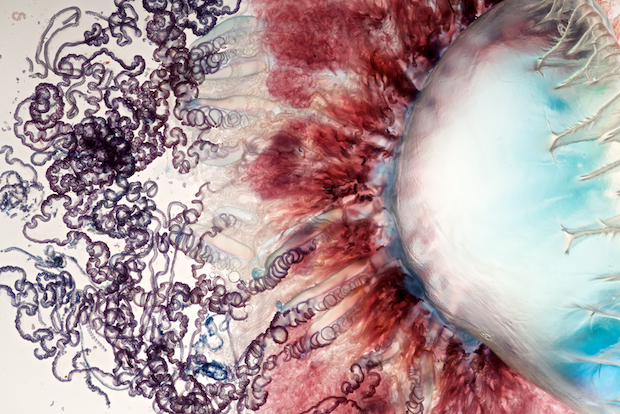 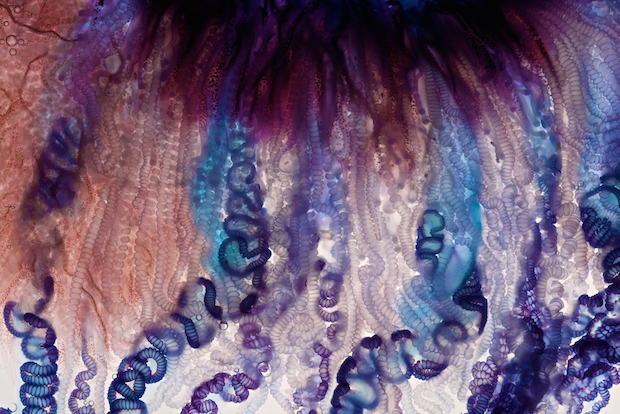 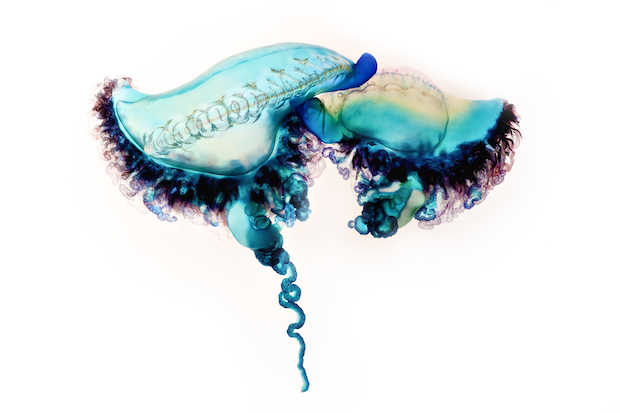 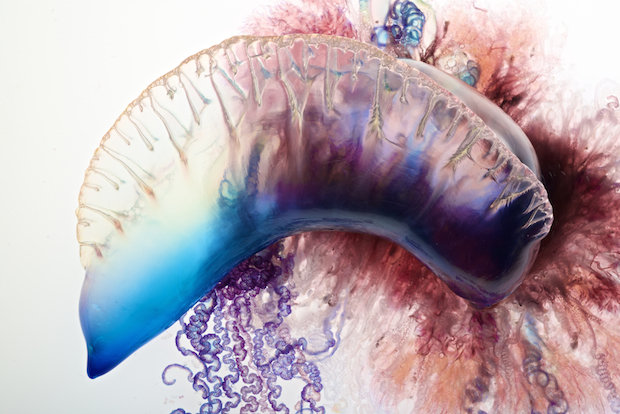 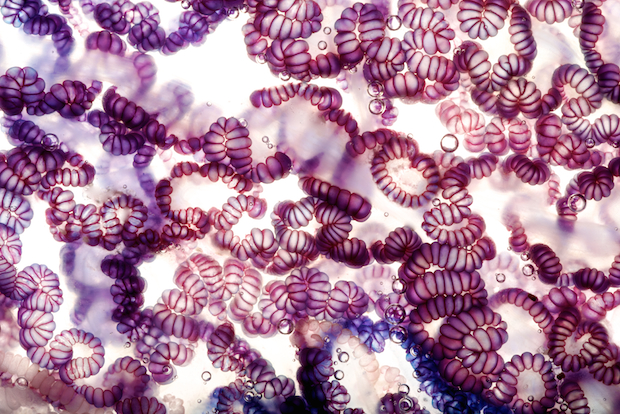 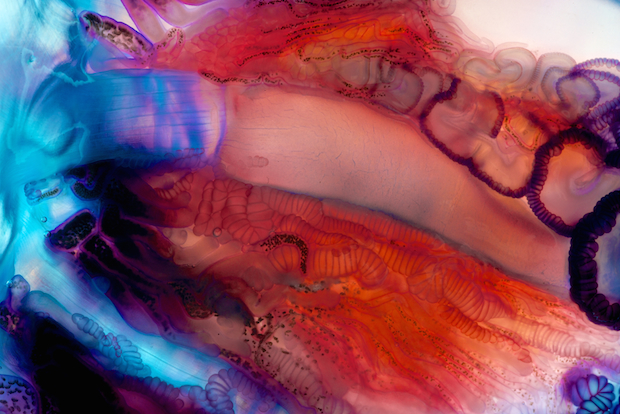 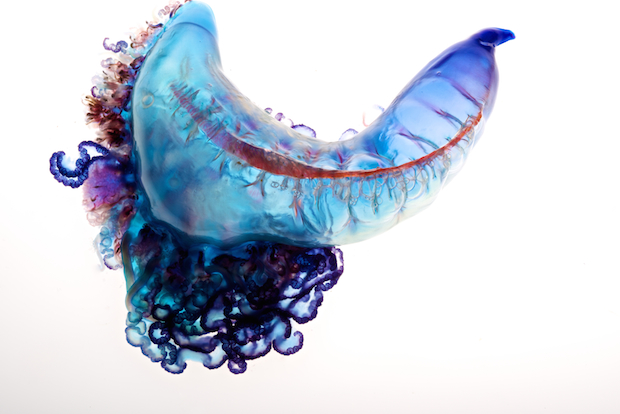 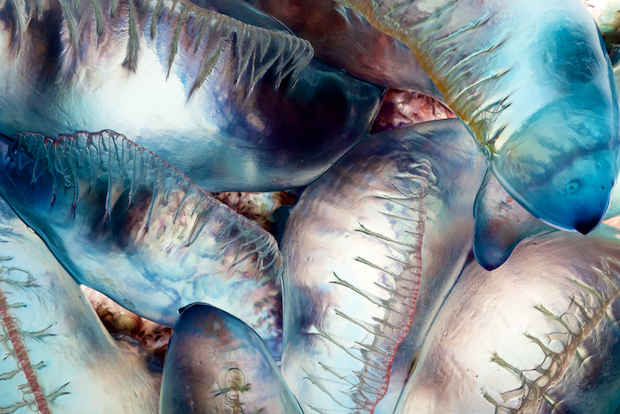 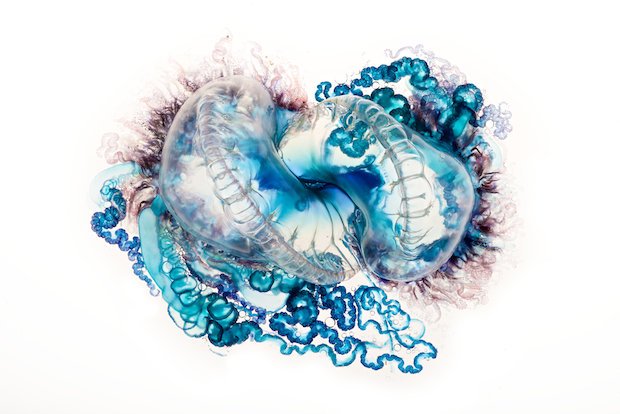 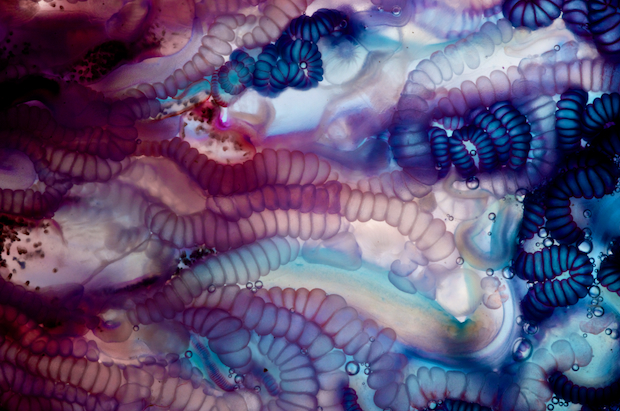