‘Sleeping with the Devil:’ Photos Capture a Struggle Between Big Oil and the Native Populations of Alberta 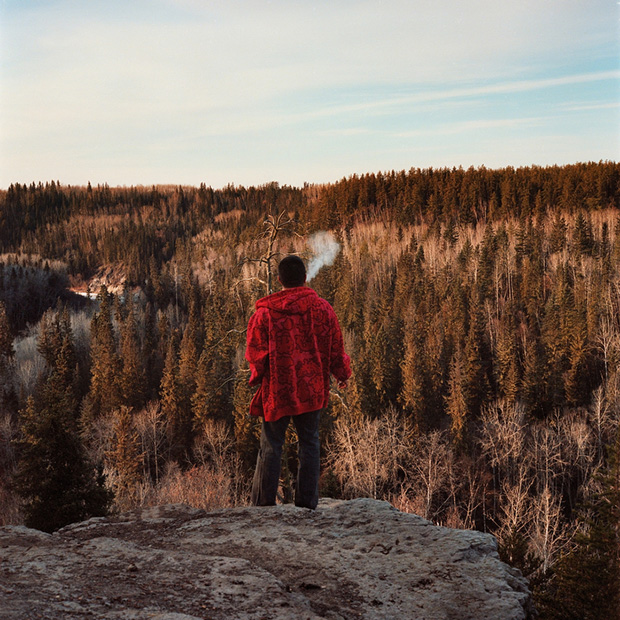 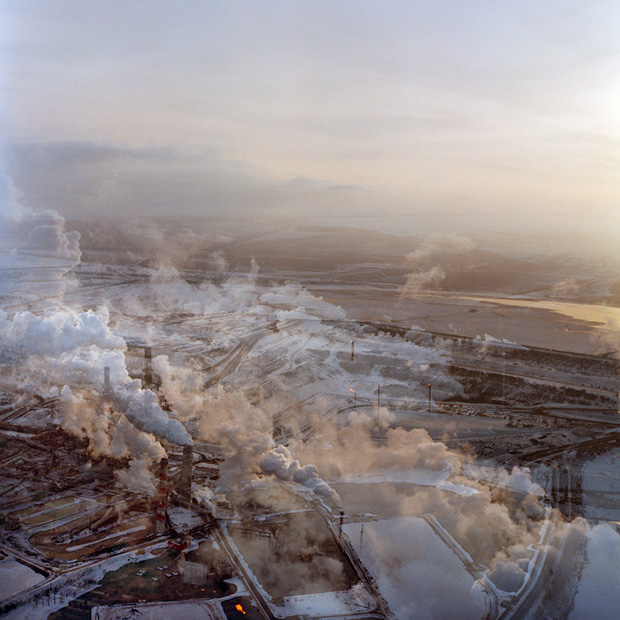 For Sleeping with the Devil, photographer Aaron Vincent Elkaim traces the cultural and environmental conflicts wrought by major oil companies along the landscape of Northern Alberta and the Athabasca River, along which Native American communities made their homes for generations.

In the summer of 1970, Great Canadian Oil Sands suffered a catastrophic pipeline breakage, dumping thousands of barrels of oil into the into the river. In the past decades, pollution and development by corporations like Shell, Total, Suncor, Syncrude, and Imperial Oil have torn members of the Cree, Metis, and Dene Nations from their lives and land.

From the late 18th century onwards, the Indigenous peoples of the Fort McKay First Nation made a living off of the Great Lakes fur trade, supplying companies like the Hudson’s Bay Company. Unable to fish in the polluted waters, members of these communities have been forced to turn to the oil corporations for employment.

Though quiet and still, Elkaim’s images are tinged with a sense of anxiety as told through contrasted brightness and shadow. In this vivid yet elusive portrait, the land and its people seem to wait with bated breath for an uncertain future. We spoke to Elkaim about the project. 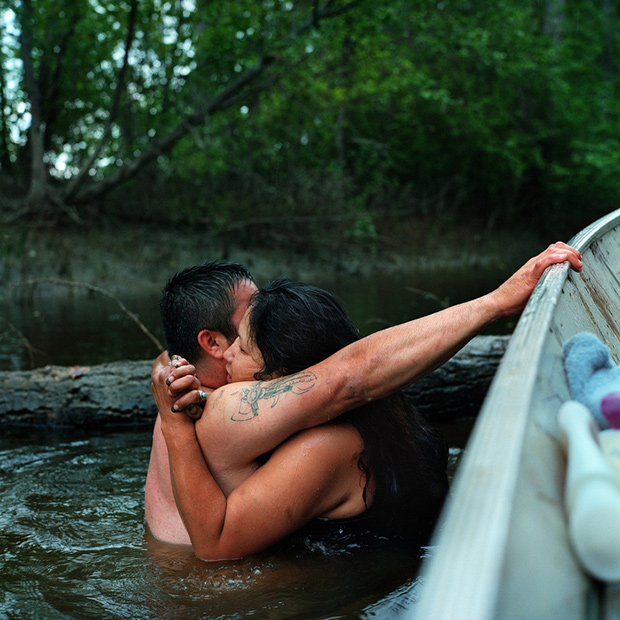 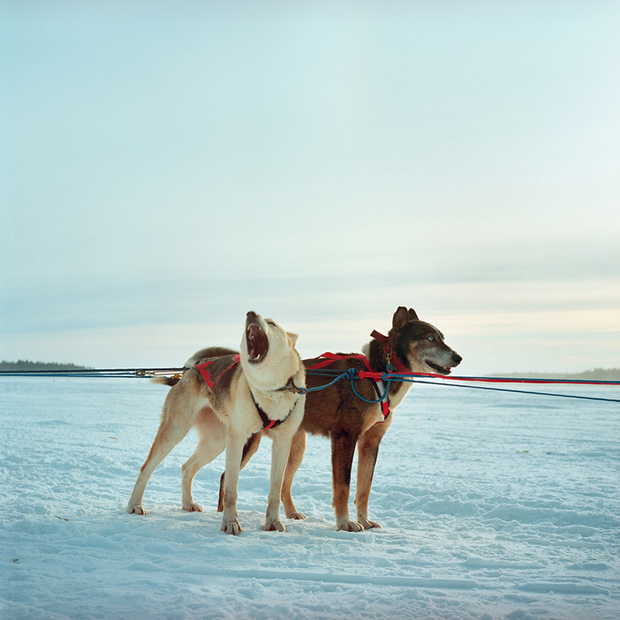 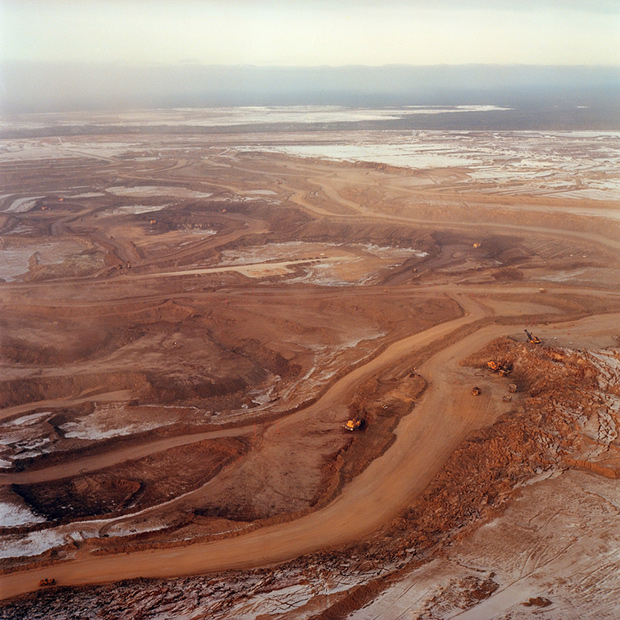 How did you find out about what was happening in Athabasca, and what inspired you to pursue this project?
“In 2011 while working in Southern Ontario, Canada, I came across a Native Community in Sarnia named Aamjiwnaang First Nation. Sarnia is known as Canada’s Chemical Valley with 40% of our petrochemical industry based there. Aamjiwnaang is surrounded by over 60 refineries that have poisoned their land and rivers, impacting the community’s health. After spending some time there, I became more engaged with Native and environmental issues in Canada, and with the Tar Sands at the forefront of that discussion, I decided to do some research. When I discovered the community of Fort McKay First Nation, and saw that they were surrounded by industry in a similar way to Aamjiwnaang, but in Northern Canada where the traditional way of life was more present. Immediately I knew this was the community I wanted to visit.” 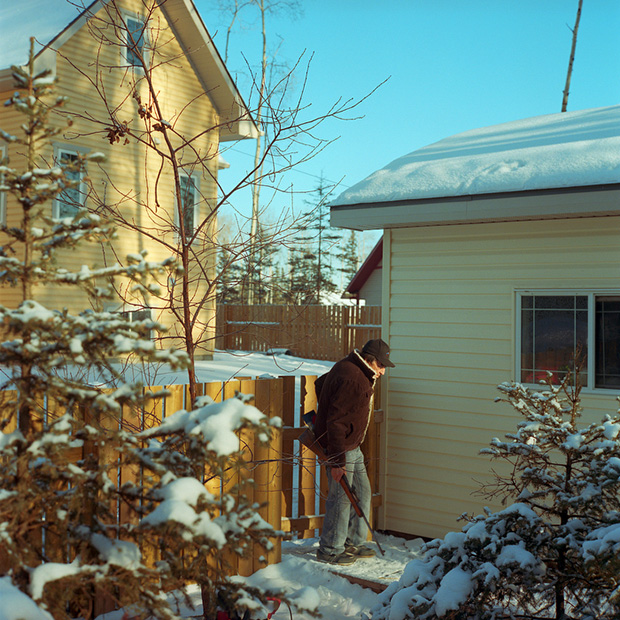 You weave landscape shots in with intimate personal portraits. What role does the land itself play in your images, both symbolic and otherwise?
“My work seeks to honor the deep connection between humanity and the land. Humanity has always been connected to its roots. The landscape is the base of those roots; it is the source of life. Living in cities, most of us have lost this connection. The modern world has reduced nature into an obstacle to overcome, or a resource to exploit, but Native peoples and their spirituality remain closely connected to the land, to Mother Earth. To them the land is sacred, holy, and we were born from it. I think this is a wonderful way of looking at the earth, as it fosters respect. I try to funnel that perspective into my work. By showing the land’s destruction through this framework, I aim for reflection on how we are disfiguring the sacred and in the process distorting our own humanity.” 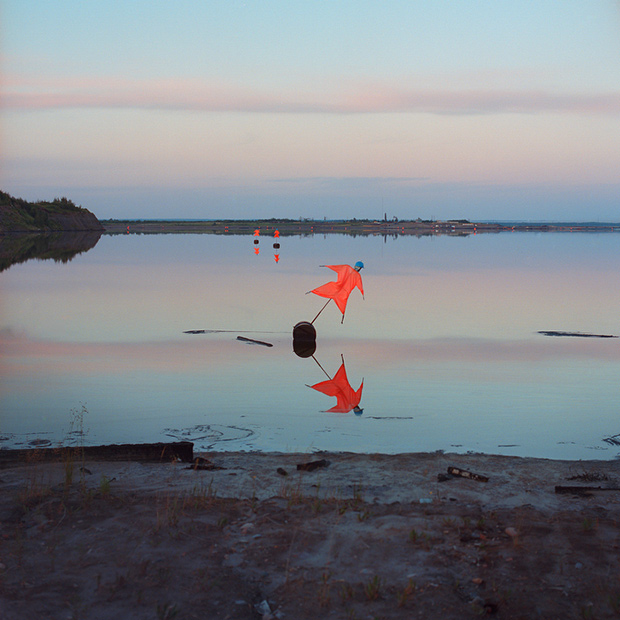 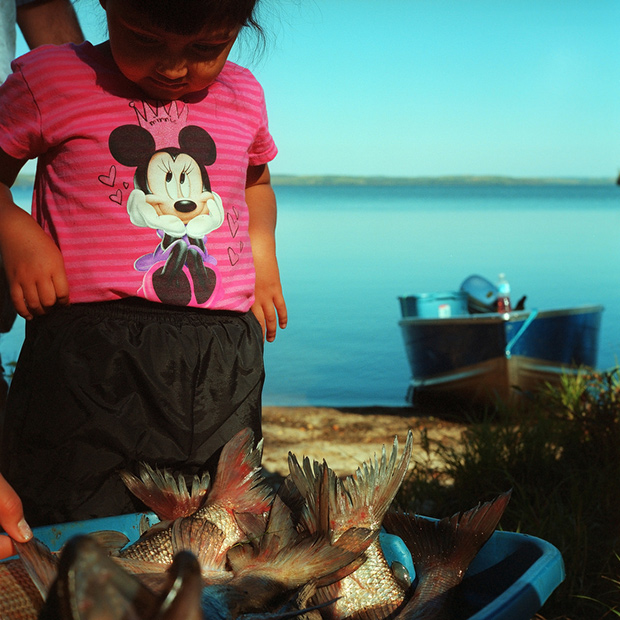 You photograph people of all ages. Have there been many shifts within younger generations?
“Of course there is a cultural shift within the younger generation; there always is. In McKay, the drastic influences of modernity and the outside world are on their doorstep, children are being raised with all the toys, video games, television and movies that most kids enjoy. This in itself changes their culture.

“Some elders and parents in the community make a point of teaching the traditions to their kids, and many embrace those lessons, but the reality is that it has become much more difficult. Kids can no longer fish in the river or go snare rabbits for their elders. They have to travel farther and farther away from their homes into the bush for traditional activities, and often the youth get left behind as these trips become like holidays for the adults. In the past, the youth would simply be present for these activities, learning through osmosis. Today, special attention must be given to pass on the knowledge, and many of the youth and adults simply don’t have the time or interest.” 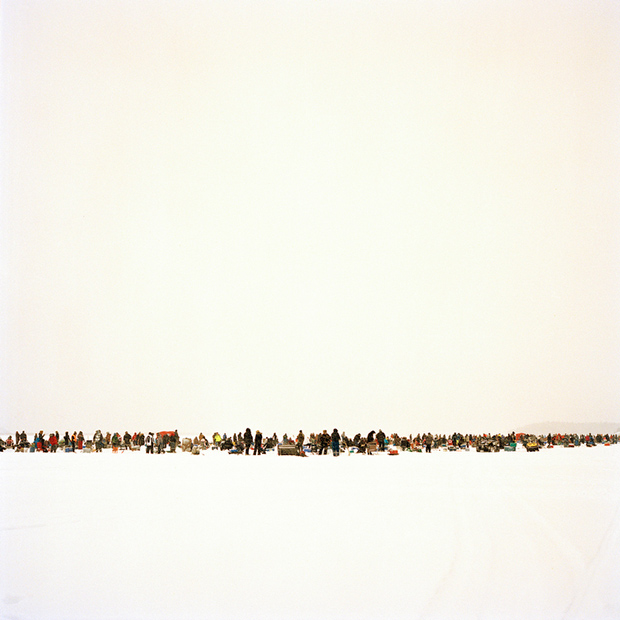 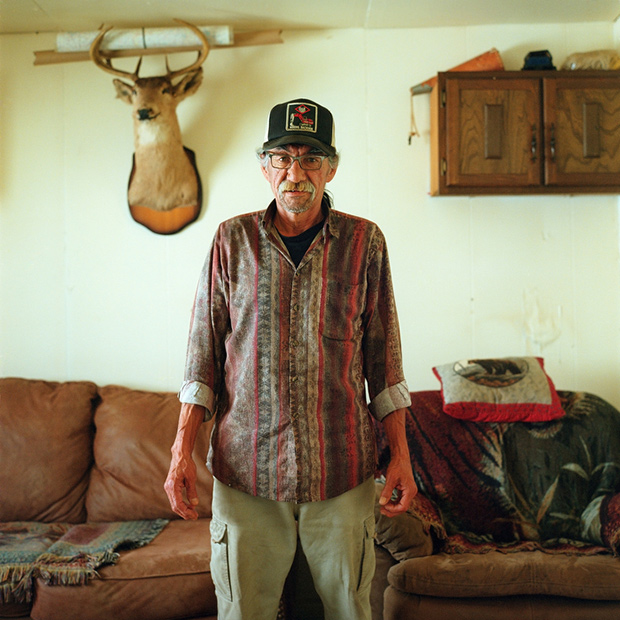 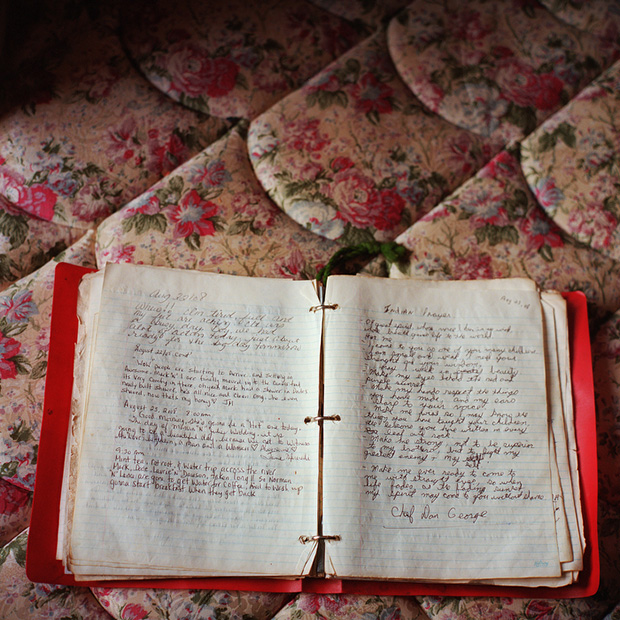 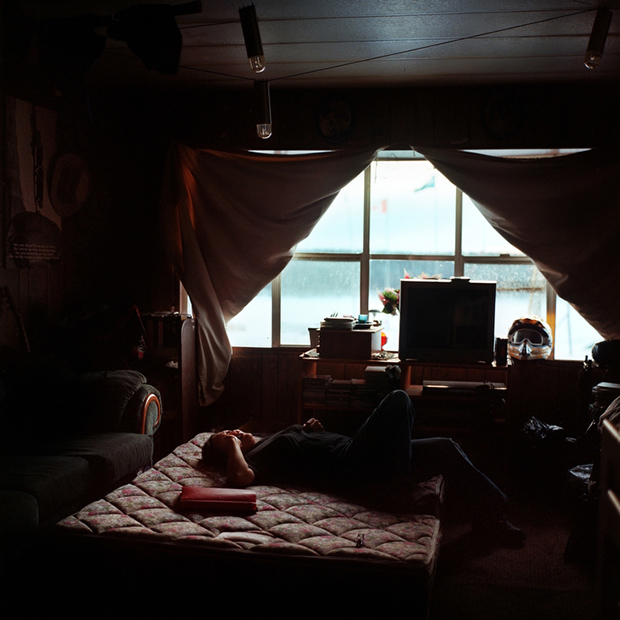 What lies ahead for the future of the land and the people? Are any steps being taken to preserve the legacy of these communities?
“This is very difficult to say. The Tarsands are quickly expanding, and the deposits cover 140,000 square kilometers, an area larger than England. Already, the community of Fort McKay is surrounded on all sides by development. They currently have a historic reserve on the still pristine Moose Lake 50km away, which the oil company Suncor flies them to in the Summer where they can still practice their traditional activities. But even here a new development owned by China called the Dover project in encroaching, and all the land surrounding it is leased out. Right now, Moose Lake is in the middle of the wilderness. In a couple years, the light and sounds of industry will be next door, and the future health of the lake is uncertain. Some cultural traditions will be preserved, but the actual way of life, hunting, trapping, fishing, picking berries, living connected to the land– I’m not sure how long it can survive in an increasingly damaged landscape.” 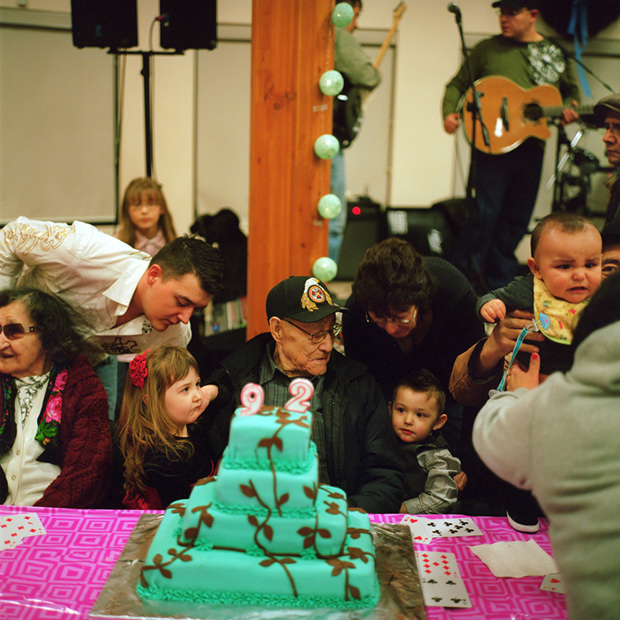 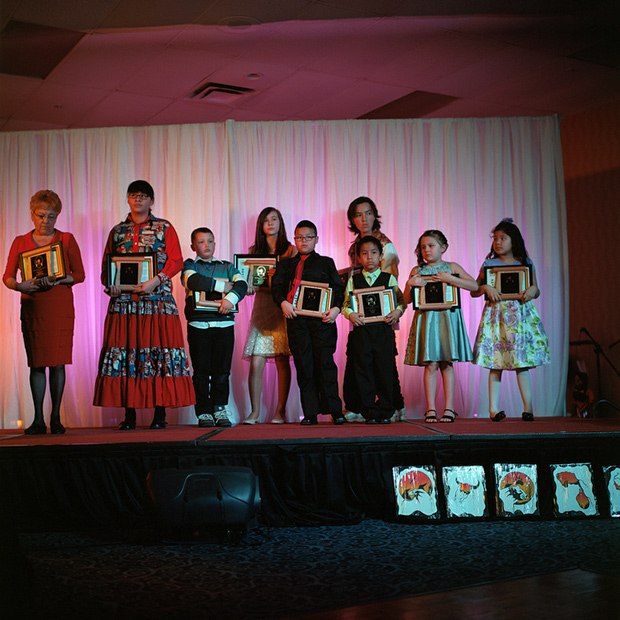 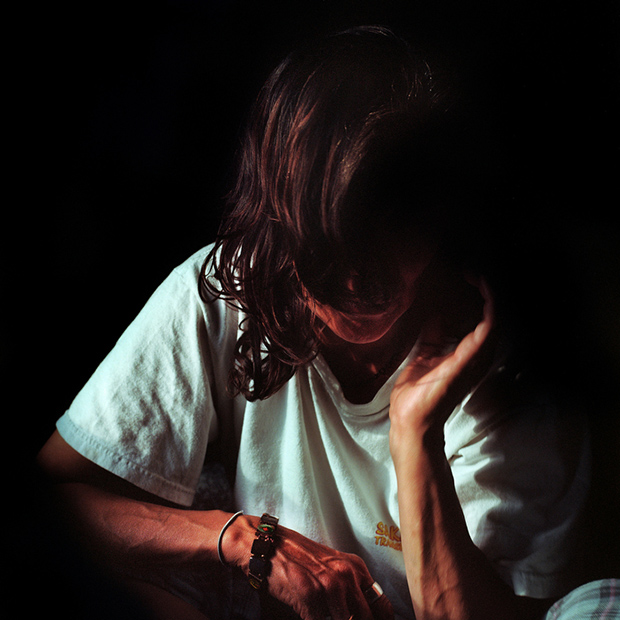 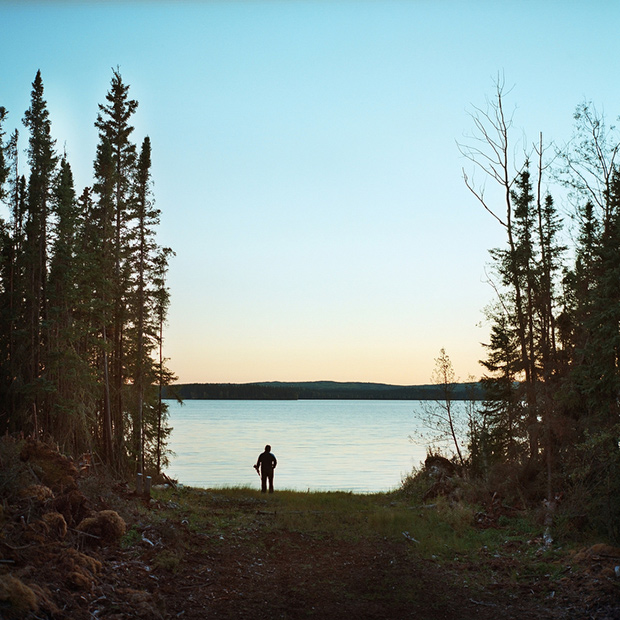 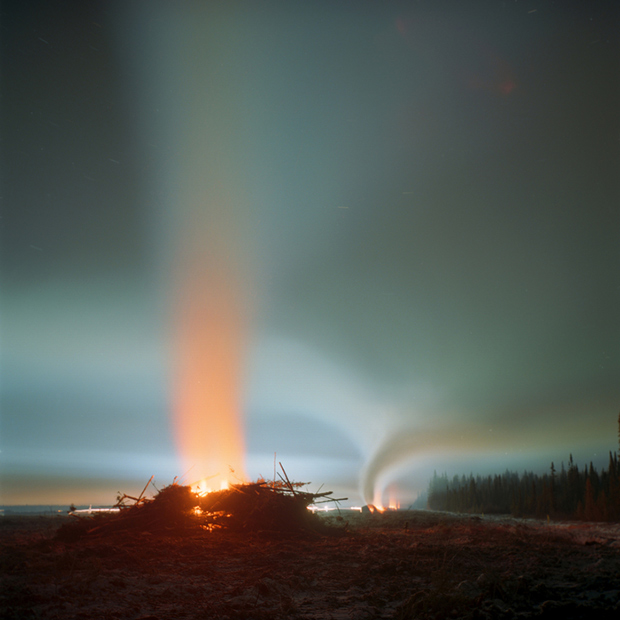