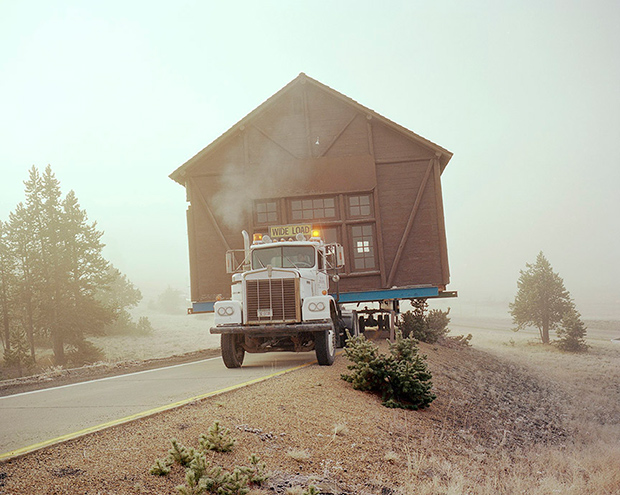 For Prologue, Vancouver-based photographer Andrew Querner retraces the steps of his parents’ 1969 journey to Billings, Montana, where they met after emigrating from Japan and Austria. Inspired by the discovery of an old takeout menu that his father had saved as a memento throughout the years, he searched his father and mother for the specifics and nuances of their travels to America, unearthing memories of former homes and friends who helped them along the way.

Querner drove all the way from Alberta to Billings, documenting landscapes, roads, and people that intrigued him. Here, on the land that his parents traveled prior to his birth, he constructs his own vision of the American West, one that is imbued with the history of the previous generation. Seen through Querner’s lens, the vast landscape redefines notions of home and origin, becoming a place that is both familiar and newly discovered.

This image and many others are included in Flash Forward Tenth, an anniversary book set by The Magenta Foundation.