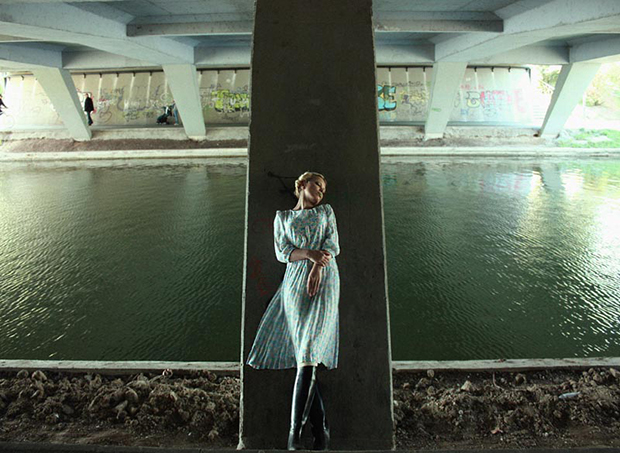 For City Stage, Romanian photographer Riri Coco draws parallels between the human psyche and urban infrastructure. Under her lens, the self exists in total harmony with the surrounding scenery, and the character of the city itself comes to influence—even to define— individual personas. Here, our identities exist not within an isolated vacuum but as part of a larger, unfathomable system of interrelation with the environment and our fellow human beings. Coco describes each city as a stage, complete with its own soundtrack and a unique cast of players. In this theatrical still, our protagonist rests beneath the Cuza bridge in Bucharest, surrendering herself entirely to the slanting structure that runs along the murky water.