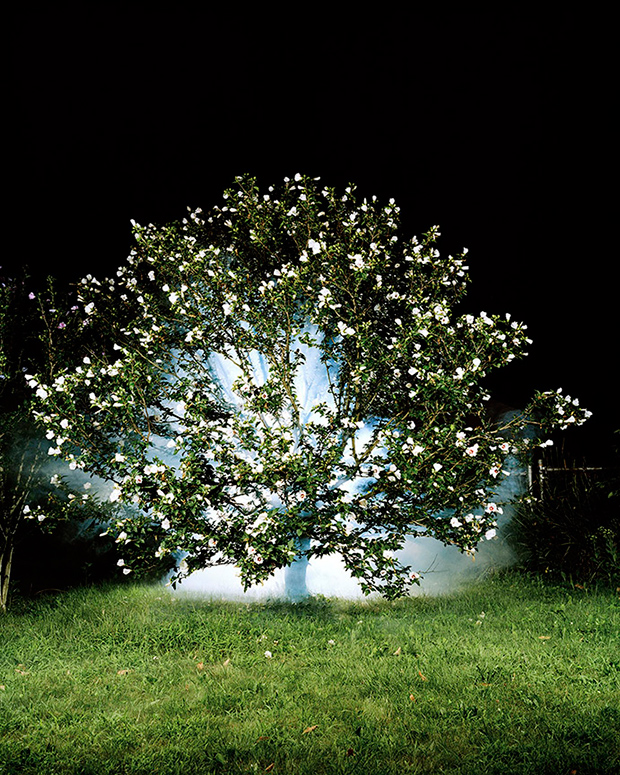 An Image Idea of a Tree, from the series Looking Askance, 2011

For Looking Askance, Toronto-based photographer Jamie Campbell creates encounters with the metaphysical, constructing impossible scenes populated by elusive ghosts. Inspired in part by the legacy of Victorian photographer William H. Mumler, whose images of spectral figures were widely considered to be counterfeit, Campbell toys with our notion of reality, eliciting a frisson of excitement as we enter a world that is as alluring as it is irrational.

This photograph, titled An image-idea of a tree, depicts a tree shot in summer in Ontario’s Niagara Falls on the property of a neighbor of Campbell’s grandmother, from whom he adds he “didn’t ask permission.” Using strobes, flashes and a fog machine, Campbell only had time to capture one shot before the fog migrated and dissolved. With his aunt’s help, he timed the fog machine and the shutter to activate at the same time, preserving a single perfect record of the haunting display.

This image and many others are included in Flash Forward Tenth, an anniversary book set by The Magenta Foundation.