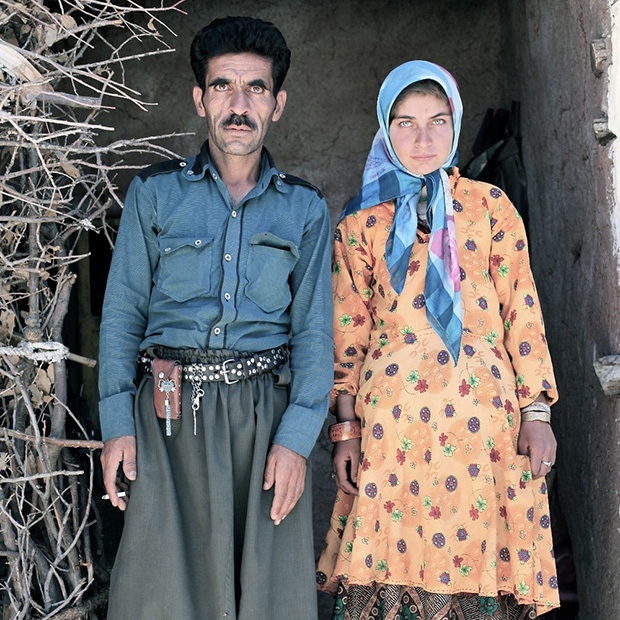 Zahra’s father is jobless. “I don’t know what to say about him. I really don’t.” 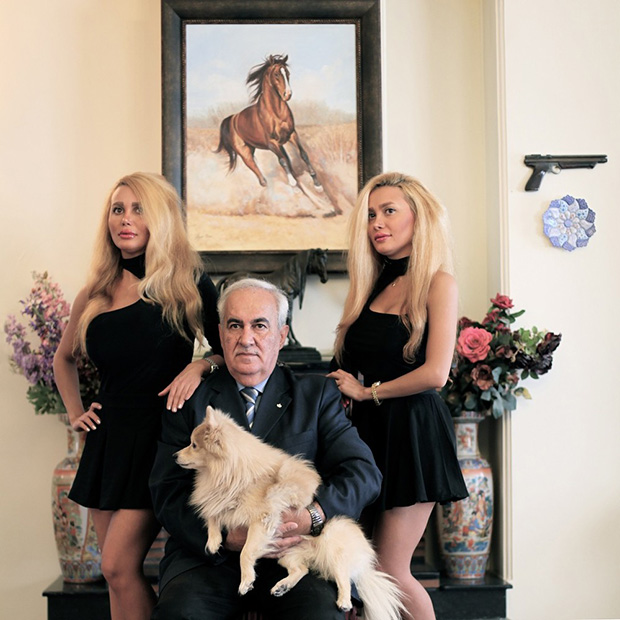 Shima & Lina’s father is a civil project manager. “Our father has studied in Europe. That’s why he gave us all the freedom the Western youths have in personal life.”

For Iranian Fathers & Daughters, photographer Nafise Motlaq enters the homes of families in Iran, capturing the diverse bonds that tie young women and their dads. Her own relationship with her father changed when he fell into a coma while she was living in Malaysia. After he recovered from a life-threatening illness, Motlaq explains that the two of them became closer, and on her first trip back to Iran in over seven years, she was inspired to seek out other father-daughter pairings that defied the stereotypes she encountered abroad.

Given the brief time she had to execute the project, Motlaq chose to keep it strikingly simple. She met her subjects through a network of friends and family and photographed them in intimate household settings, allowing the daughter’s words about her father to serve as the caption for each image. Like all father-daughter relationships, each is colored by its own ambiguous joys and frustrations, connections and strains.

Motlaq’s subjects encompass a wide range of economic and cultural backgrounds. Some families are religious, while others subscribe to a more secular lifestyle. Motlaq explains that Iranian Fathers & Daughters has allowed her to reevaluate some of the prejudices she herself held about her home. Since the government regulates national television and other media outlets, she found she had a limited view of those living outside of her community. Says the artist, “Putting these portraits together shows the reality of us; it shows how diverse we are.” She hopes to continue the project during her next trip home. 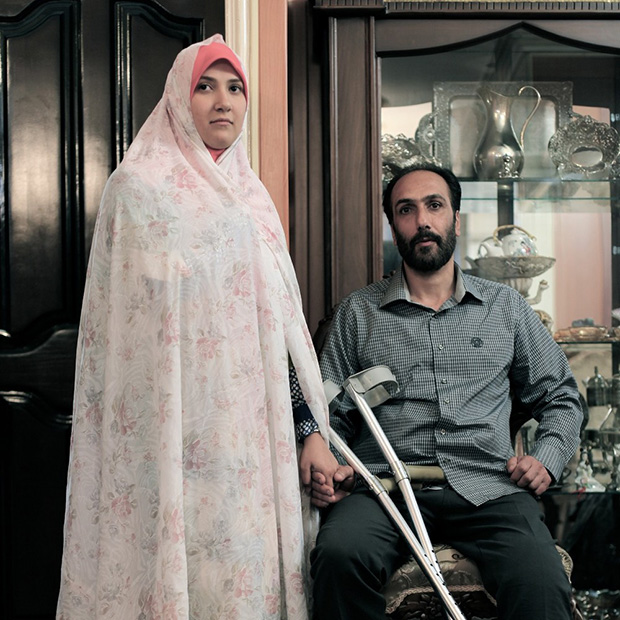 Mahsa’s father is a veteran. “He is always my hero but I wish he was the hopeful happy father he used to be.” 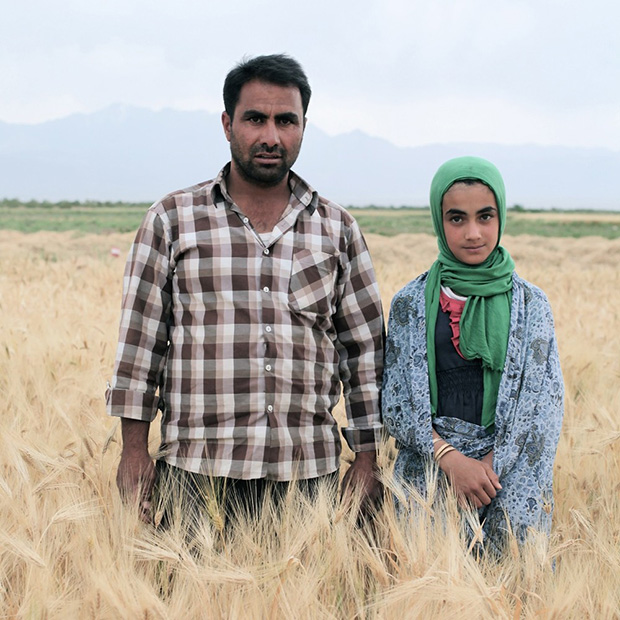 Fatemeh’s father is a farm worker. “He works a lot. He works so much.” 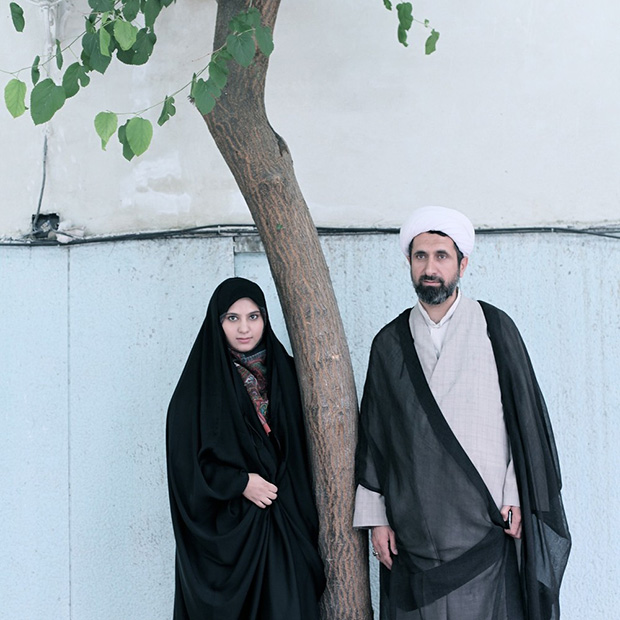 Fatemeh’s father is a librarian in a mosque. “People think I don’t have freedom because my father is a cleric but it’s not true. He gave me permission to visit the national book fair with my friends when I was 15.” 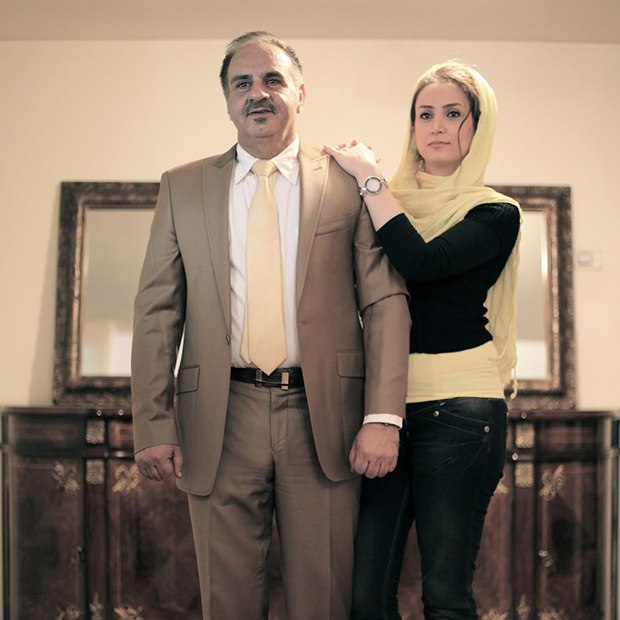 Shadi’s father is a businessman. “There is a stubborn boy in his soul. You should know how to deal with him.” 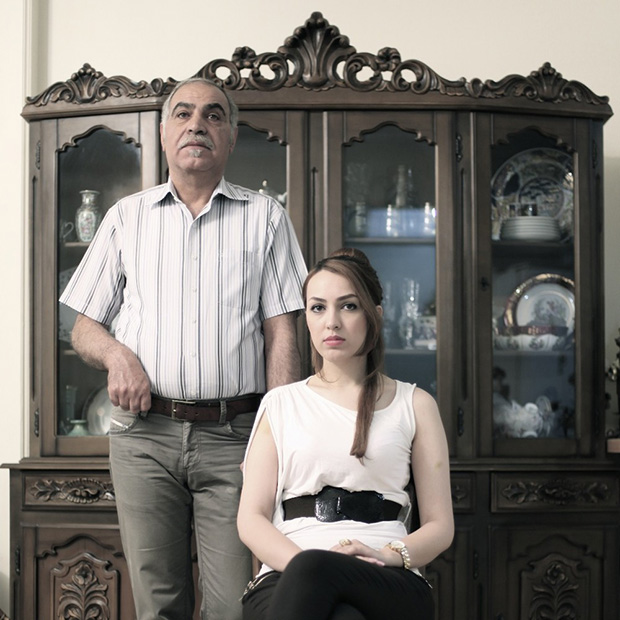 Katayoon’s father is a retired army man. “My friends think he cares about me too much but I think he is a great supporter in my life.” 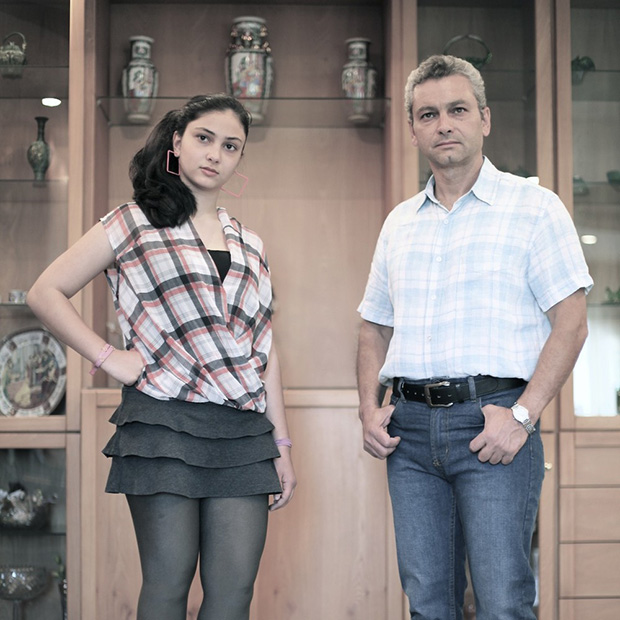 Newsha’s father is an engineer. “He is away five days a week at work. We usually spend time together on weekends and holidays.” 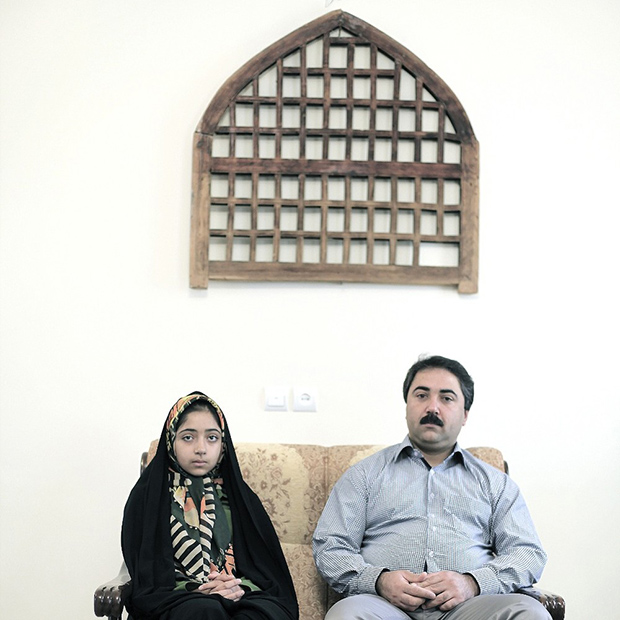 Fatemeh’s father is an office employee. “He is a good father. I don’t know what to add.” 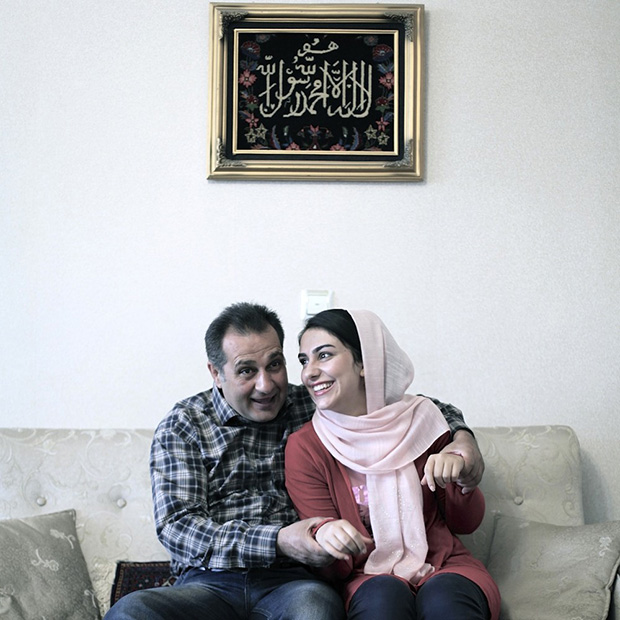 Arezoo’s father is a carpet salesman. “He is a very funny man. He makes people laugh with his jokes and acts in family parties.”