‘City of the Dead’: Arresting Photos Capture Life in a Cairo Cemetery 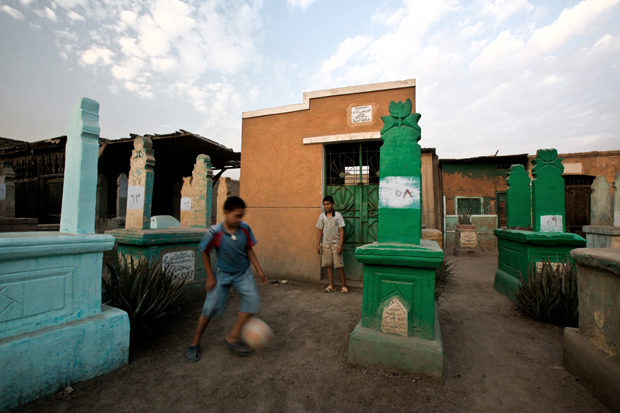 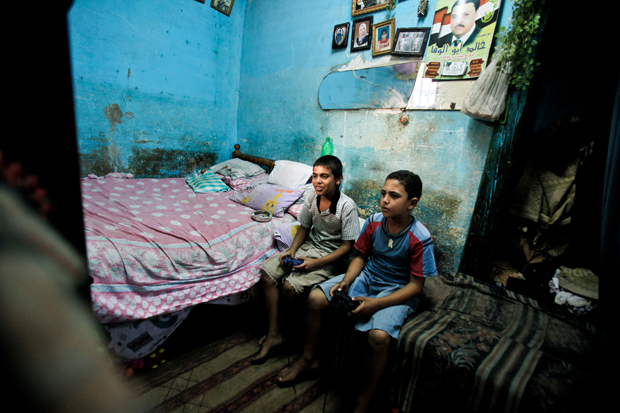 For City of the Dead, Beirut-based photographer Tamara Abdul Hadi chronicles the experience of the Abdel Lateef family, one of the many impoverished families living in Bab el Nasr cemetery in Cairo. The City of the Dead slum, a Muslim necropolis composed of Bab el Nasr and four other major cemeteries, currently houses an estimated population of over 500,000 individuals unable to afford lodging in a city overcrowded by the astronomical migration of the past decades.

Although the illegal community has recently become home to newer immigrants, the Abdel Lateef family’s legacy in the cemetery can be traced back sixty years. Today, the living population exists just above the dead, as many of the tombs are structured as above ground residences. Traditional practice in Cairo prescribes forty days of mourning after the burial of a loved one; to foster closeness with a deceased loved one, this process often takes place in rooms built over underground tombs.

Today, the City of the Dead has been adapted to modern living, the tombs repurposed as working houses. New structures have been built from wood and aluminum. Given the limited resources of these communities, life in the City of the Dead is difficult, with many family members living in single-room sheds without access to running water and electricity. Through Abdul Hadi’s lens, however, the necropolis emerges as a vibrant and resilient community colored by hope and a strong sense of family history. It may be the City of the Dead, but here it brims with life, with a potent vitality strongly rooted in recollections of the past. We spoke to Abdul Hadi about the project. 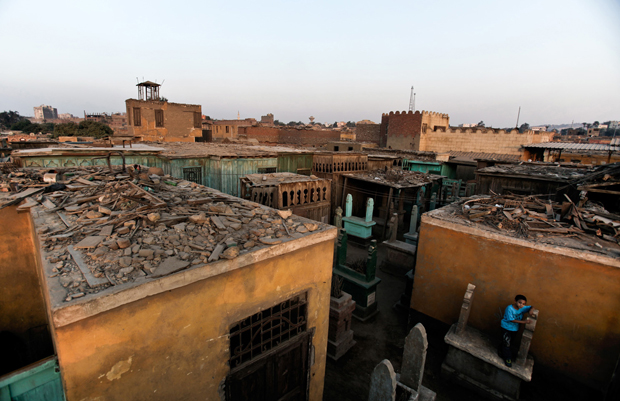 What inspired you to pursue this project?
“I had been documenting different cemeteries around the Arab World as part of a personal project (one of them can be found here) when I heard about this one in Cairo. I was intrigued to find out more, and on my first visit, I met the Abdel Lateef family.” 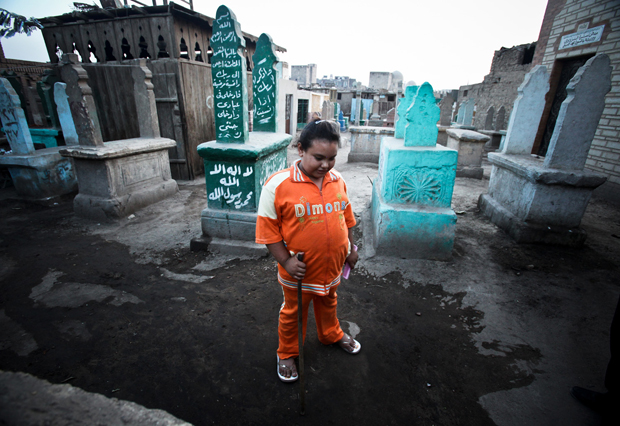 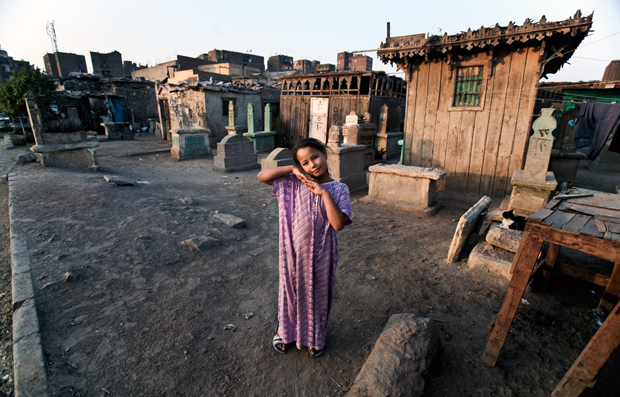 Could you tell us a bit about the history of these illegal housing communities and the larger histories of these cemeteries?
“Officially, people started living in cemeteries in Cairo during the 1970s, when Sadat started his open door economic policies ‘Infetah,’ which caused an even larger gap between the rich and poor and started to demolish the middle class. That being said, there were a few families that lived there prior to the 1970’s, such as the Abdel Lateef family, who were living there as early as 1966.” 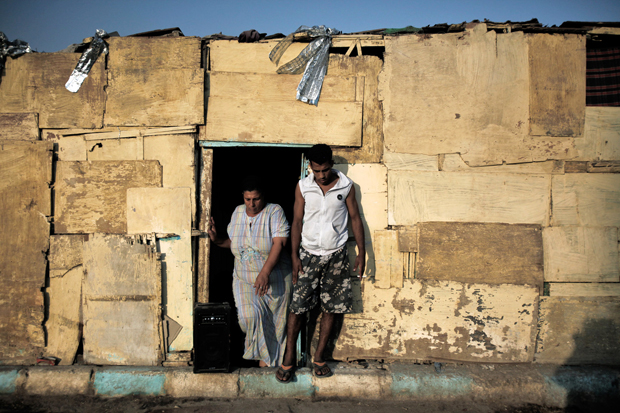 What is education and employment like in these communities?
“Officially, unemployment is massive in these cemeteries but many of its inhabitants work as gravediggers and tomb keepers. Some also go out to the city to work as street vendors.

“Though there is a public school within the Imam Shafi’iy cemeteries, many don’t send their kids to school, preferring them to work in order to help with the family’s financial situation.”

A lot of your images are quite joyful, despite your subjects’ difficult circumstances. Is there a strong sense of home and family within the City of the Dead?
“I did feel a strong sense of home, especially spending time with the Abdel Lateef family. Haj Abdel Lateef, the family’s patriarch, has called the cemetery home since 1966. He has raised 5 children here with his wife Atiyat. They went to schools nearby, work in the area, and now have children of their own. ‘This is a cemetery of the living’, says Mohammed Abdel Lateef, one of his sons.” 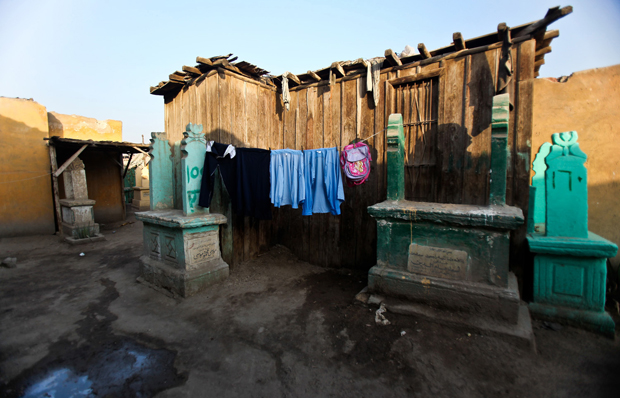 How do you think living beside one’s buried ancestors affects day-to-day life, if at all? Does it inspire a deeper awareness of family history?
“I really can’t assume; all I know is that this their reality. One of the women I met there, Karima, moved to the cemetery when she got married. Her husband is a gravedigger like his father before him. ‘The city that my husband lives in is my own.’ she said. Their home in the center of the cemetery is surrounded by graves belonging to her father in law, her parents and her brother, all buried by her husband. ‘I tell people where I live with pride. I’m not embarrassed. This is my life.’ says Karima.” 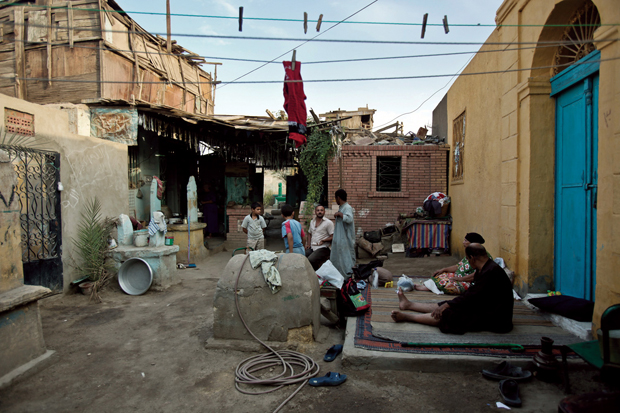