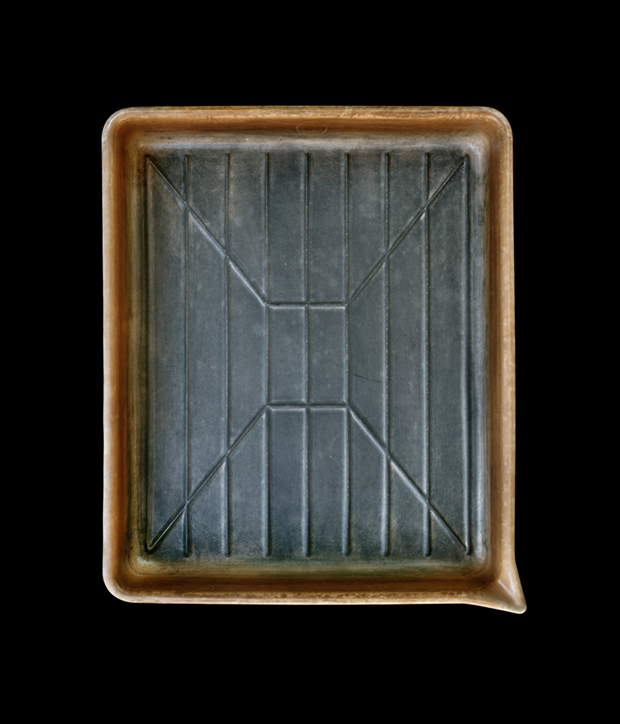 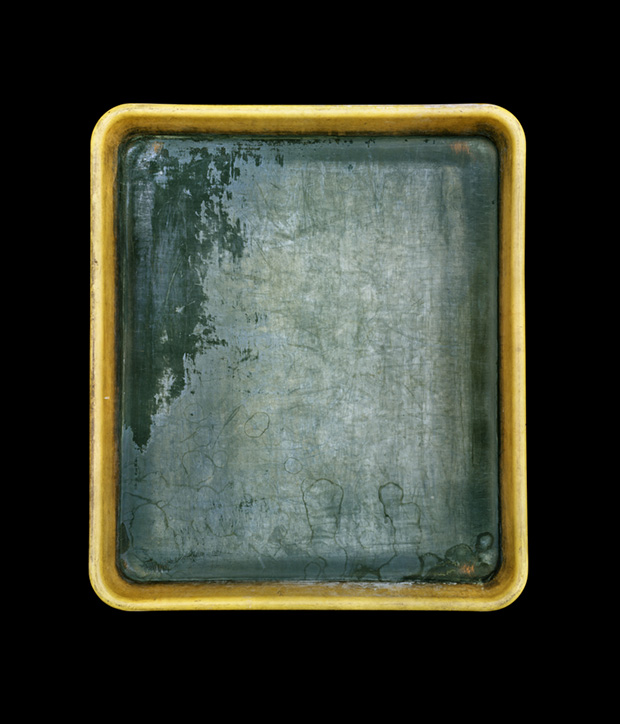 As analog photography becomes less popular, John Cyr’s Developer Trays read like a love poem to the vanishing medium. For the haunting series, he catalogues the empty developer trays of prolific and renowned photographers, each bearing the marks and stains of chemicals, which emerge like secret data points recording every serendipitous accident of the darkroom.

Through the course of the project, Cyr shot eighty-two trays, contacting photographers, institutions, and estates that held them in their possession. After cultivating a wide network of artists and studios, he turned to more obscure sources, like the relatives or former assistants of deceased photographers. Some photographers sent their developer trays in the mail to be photographed. For this labor of love, Cyr made himself available to travel at a moment’s notice; to view Sally Mann’s tray for example, he drove twelve hours to her Virginia home two days after she responded to his request. To Cyr’s dismay, many established and working photographers no longer had darkrooms and therefore no developer trays.

As small rectangular frames set against a black backdrop, the empty trays themselves begin resemble worn photographic prints, etched with the indexical marks of time and use. Removed from the hallowed darkroom space, the trays are at last exposed to bright light, examined as personal and historical artifacts. With a clear and forensic gaze, Cyr captures each object with the same degree of reverence, allowing the simple elegance the thing itself to stand in for concrete or absolute meanings. Like a wistful archivist, he meticulously records the evidence of that which cannot be chronicled, the intimate and tactile process itself. In these metal and plastic containers, material and image were born of nothingness, taking shape over the agitated surfaces of prints. Seeing them now, entirely vacated, we half expect one final ghostly vision to emerge before our eyes. 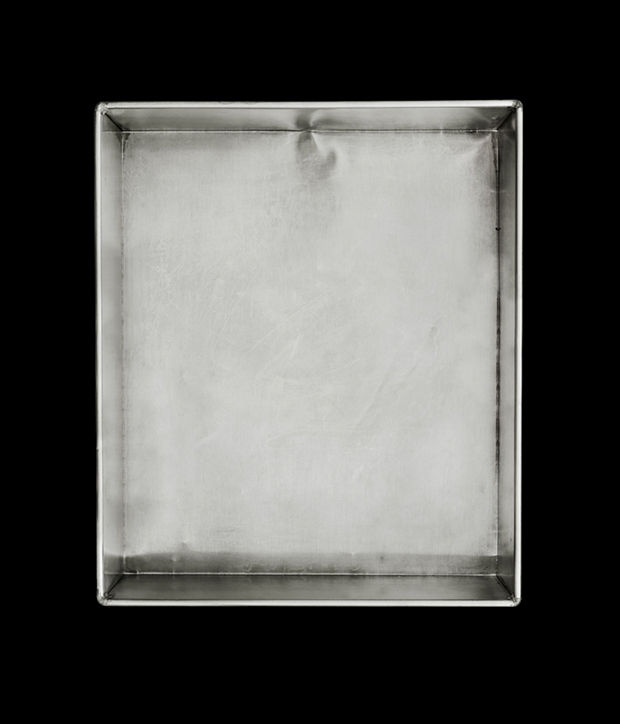 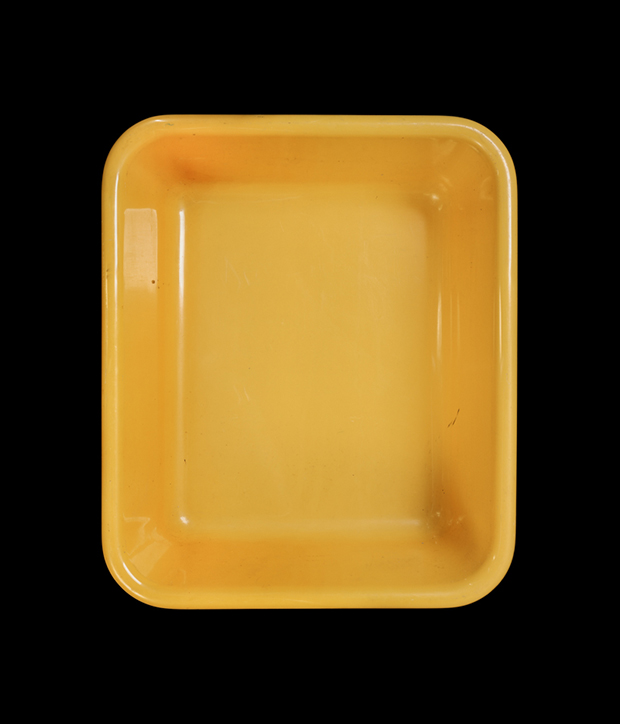 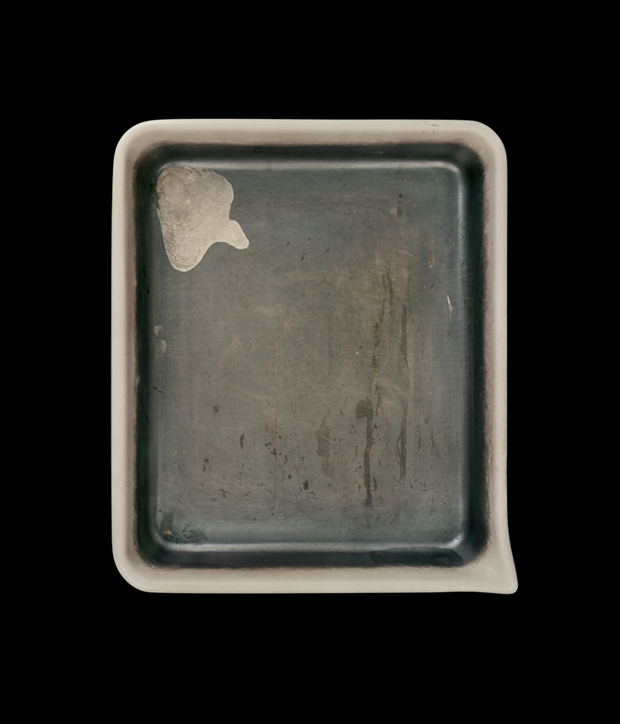 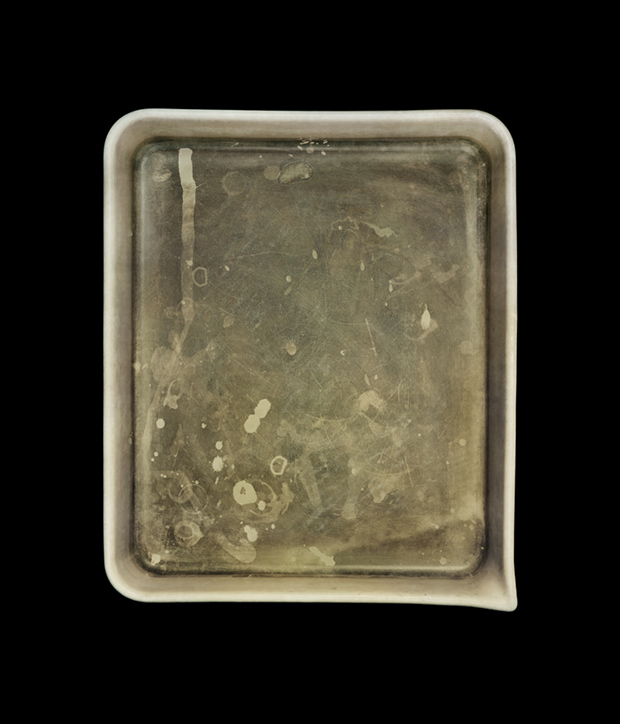 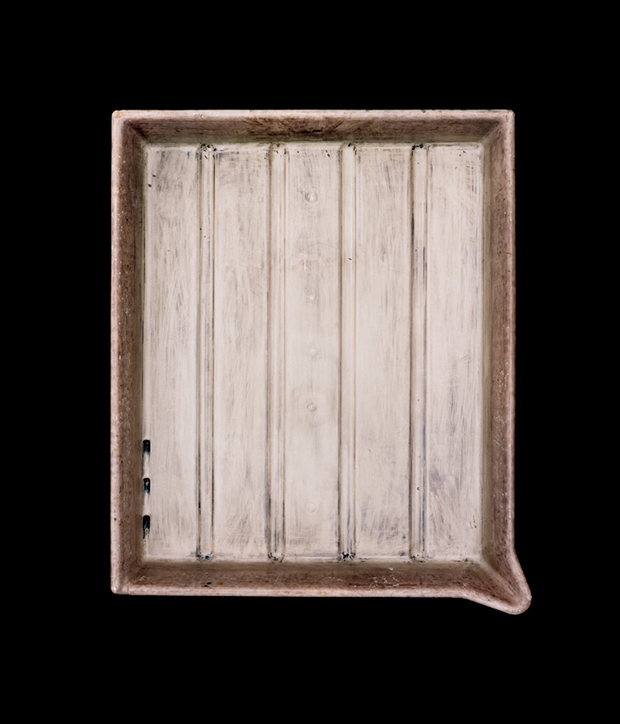 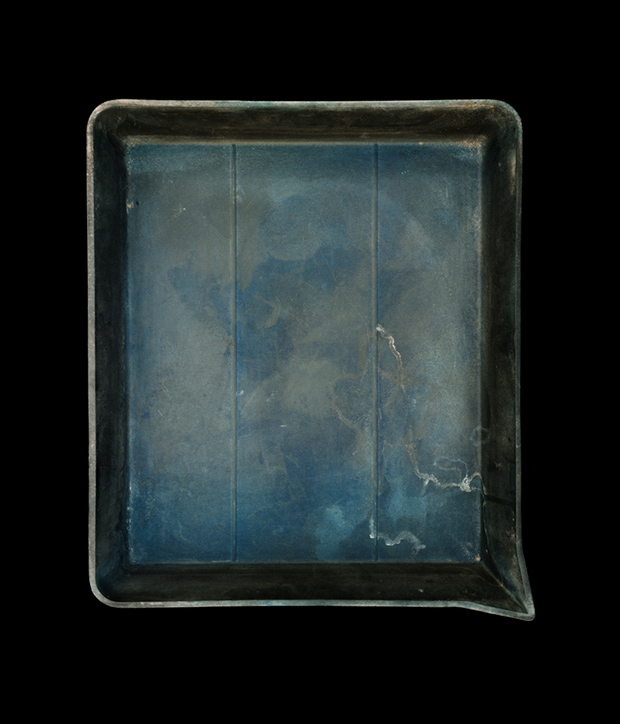 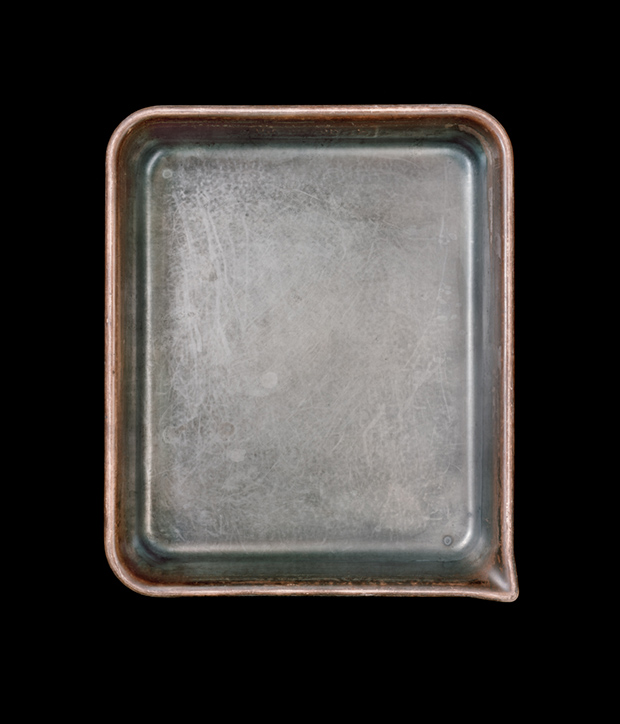