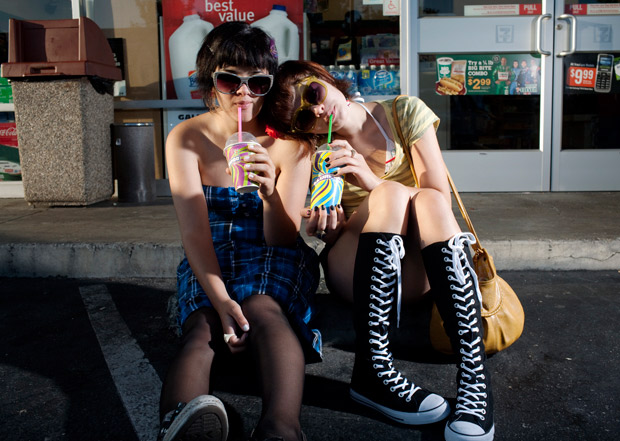 There’s nothing quite like the bond between sisters. Photographer Andrea Chu originally grew up in Northern California, documenting her nieces Vicky (22) and Annie (21) over a period of 10 years as they matured into young women. Chu captured the sisters in a variety of places that they frequented, quite often the exact locations the photographer herself wiled away hours as a teenager some years before. Though close in age, Vicky and Annie’s relationship was strained in later years as each tried to individualize themselves from their parents and one another. The series was a launching point for Chu’s work, and she continues to explore themes of family ties and friendship through various projects.